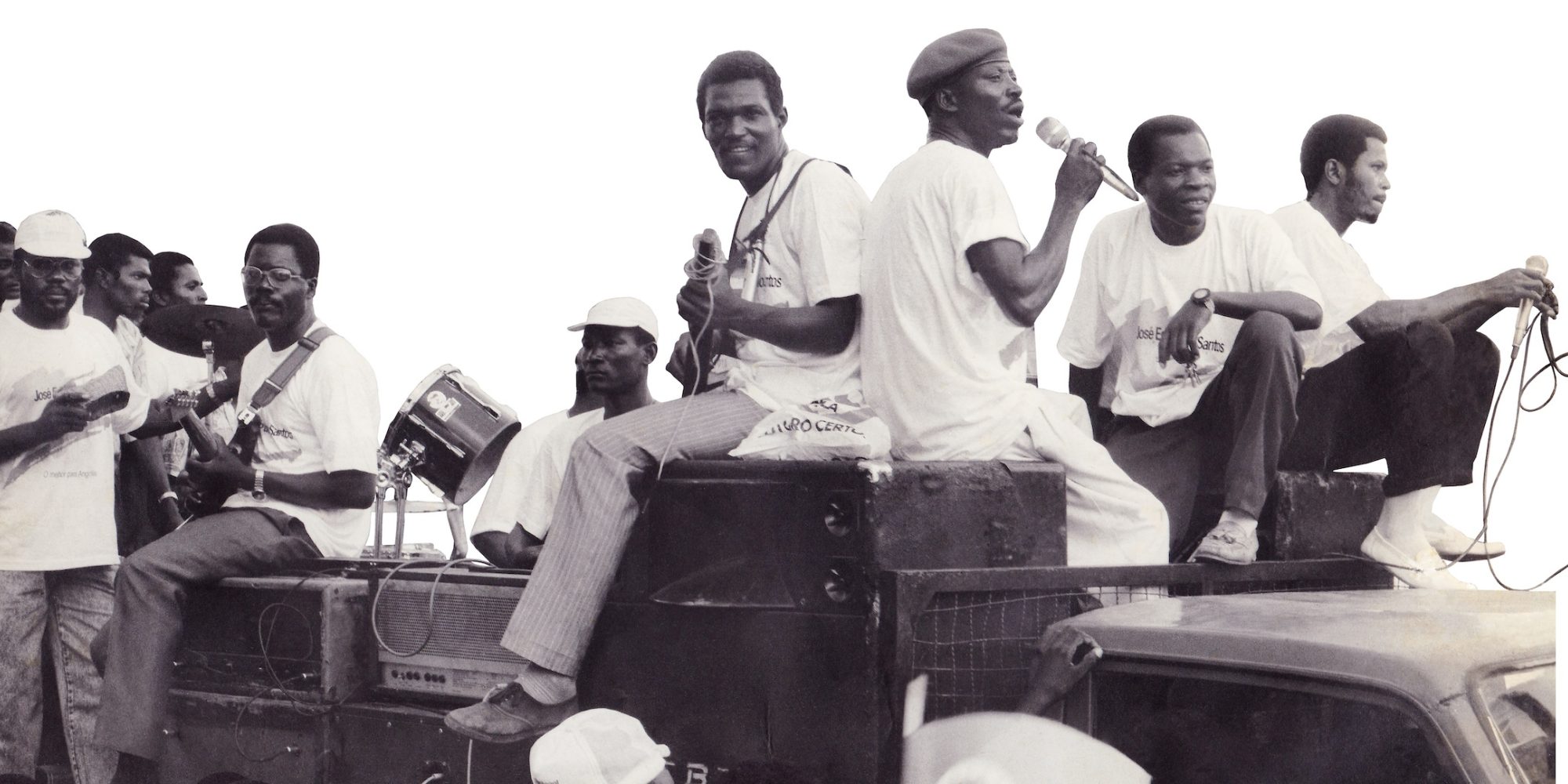 It was humble beginnings for África Negra. Horacio, a butcher from the capital city São Tomé would meet up with his buddy Emilio Pontes, who played guitar, after work to write songs and hang out back in the early ‘70s. The colonial Portuguese authorities initially forbade them to use the name “África Negra” but with the Portuguese headed to the door in 1975, Conjunto África Negra—"the Black Africa Group"—officially formed. From those origins they’d become one of the widest traveling STP bands—and literally one of the biggest. At their largest, Africa Negra was forced to record outside, because the whole band wouldn’t fit into the studio.

Following up on Léve Léve, a compilation of music from São Tomé and Principe released in 2020 which featured a few tracks from África Negra, Bongo Joe Records is releasing the tantalizingly titled Anthologia Vol. 1 on April 1. Comprising 12 long jams from África Negra’s ‘80s and ‘90s heyday, these songs don’t start so much as turn on—Rube Goldberg devices of incessant, driving percussion, guitars that blossom and chime as they ride up and down on the back beats. The effect is a sort of mood-lifting hypnosis; some part of these songs is going to find your feet and set them a-tapping. Hit play and see if you can still read with your head bobbing.

Behind the leadership of Emidio Vaz on lead guitar, Leonildo Barros on rhythm guitar and the red beret-sporting “General” Joao Seria’s vocals, the group released music in prolific bursts—three albums in 1983, four albums in ‘90-91, three more in ‘95-96. Their music reflected their island nation and its location—an intersection of Lusaphone influences from Portugal, Cape Verde and Mozambique and eventually Brazil; strains of Congolese rumba and soukous and Ghanaian highlife; influences from Haiti and Cuba, all fused into São Tome’s own rhythms, a Creole gumbo their fans nicknamed mama djumba.

Although songs like 1981’s “12 De Julho” are Carnival-appropriate party tunes, underneath the phaser-heavy guitars that seem to race against the percussion, is a song celebrating STP’s independence. It’s not a Congolese seben, but dance breaks that let the bass peek out with big South African swells end up sounding somehow both patriotic and pan-African. A song like "Saozinha" has DNA from all over, but really could come from nowhere else.

Through the ‘80s and ‘90s, Africa Negra toured the continent, one of the only Santomean bands doing so at the time. As some band members found homes in Cape Verde, the band would dissolve in the mid-'90s before reforming, with Seria and Barros, in 2012. Bongo Joe promises a revived África Negra is going to be touring soon.

Antologia Vol. 1 is a full double LP release, with more songs over six minutes than under, but it still seems to end too soon. Fortunately, as the title hints and the back of the record jacket indicates, there’s an Antologia Vol. 2 in the works.