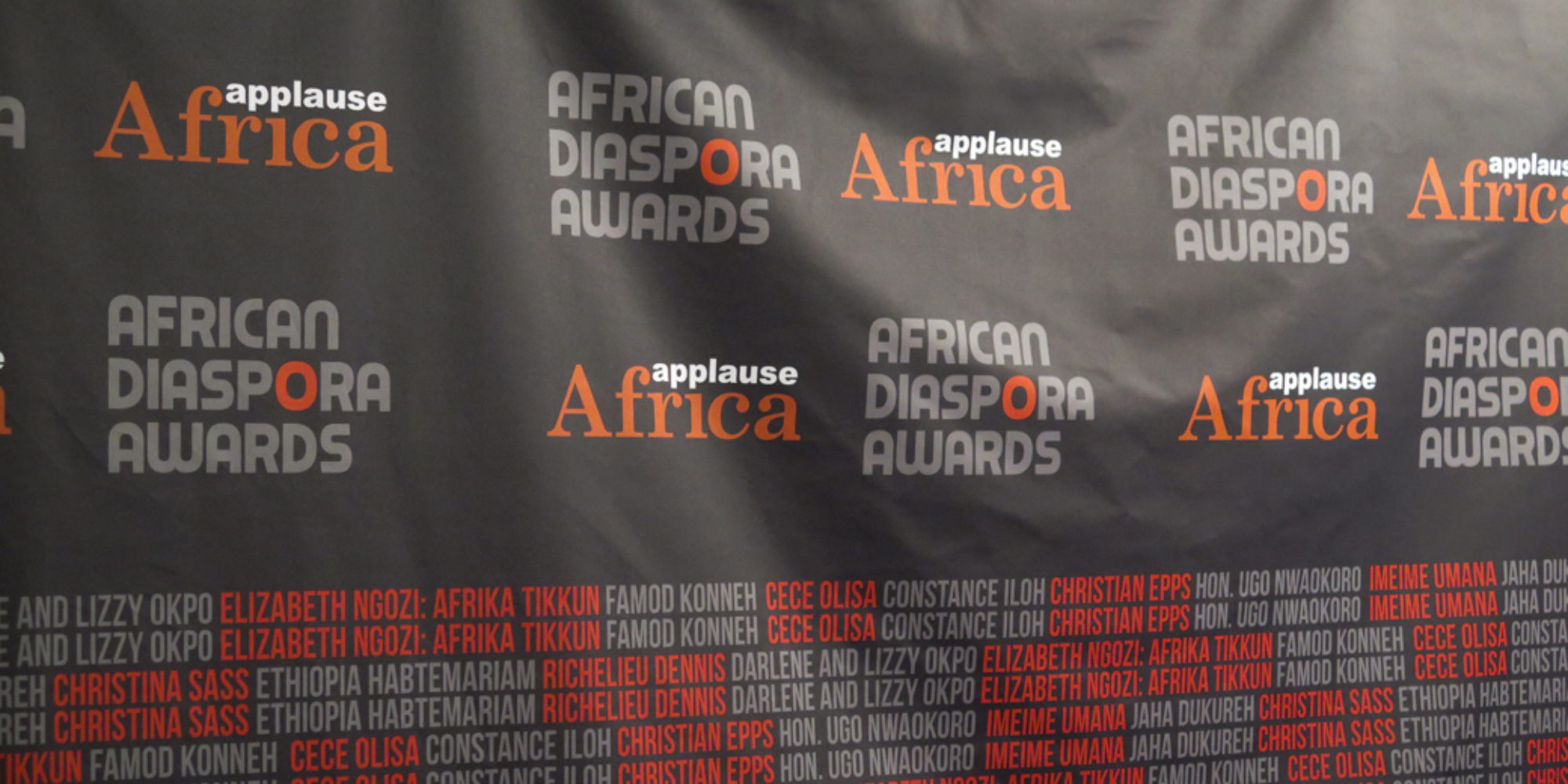 Last Sat., Dec. 2, Applause Africa presented the seventh annual African Diaspora Awards ceremony at Florence Gould Hall in New York City. These awards recognize significant achievements in social justice, entrepreneurism, arts and humanities by Africans living in diaspora. The event both celebrates the diversity of this inherently multinational gathering, and also the unity that is possible among Africans, regardless of origin and background. As impressive as the individual honorees were—and they were truly impressive—it was equally powerful to see movers and shakers from Nigeria, Ghana, Congo, Kenya, Senegal, Zimbabwe and beyond celebrating one another in a spirit of unity and camaraderie. Indeed, the theme of the 2017 gathering was “Building Unity,” suggesting that for all the unity this process has nurtured, the work continues.

This was a affair, with a nearly packed house of beautifully turned-out attendees, a red carpet reception before hand, and a fast paced stage ceremony that featured introductory speakers for each award, a DJ, two hosts and four live music performances—not to the actual honorees, each of whom spoke briefly and movingly.

Here are a few highlights: 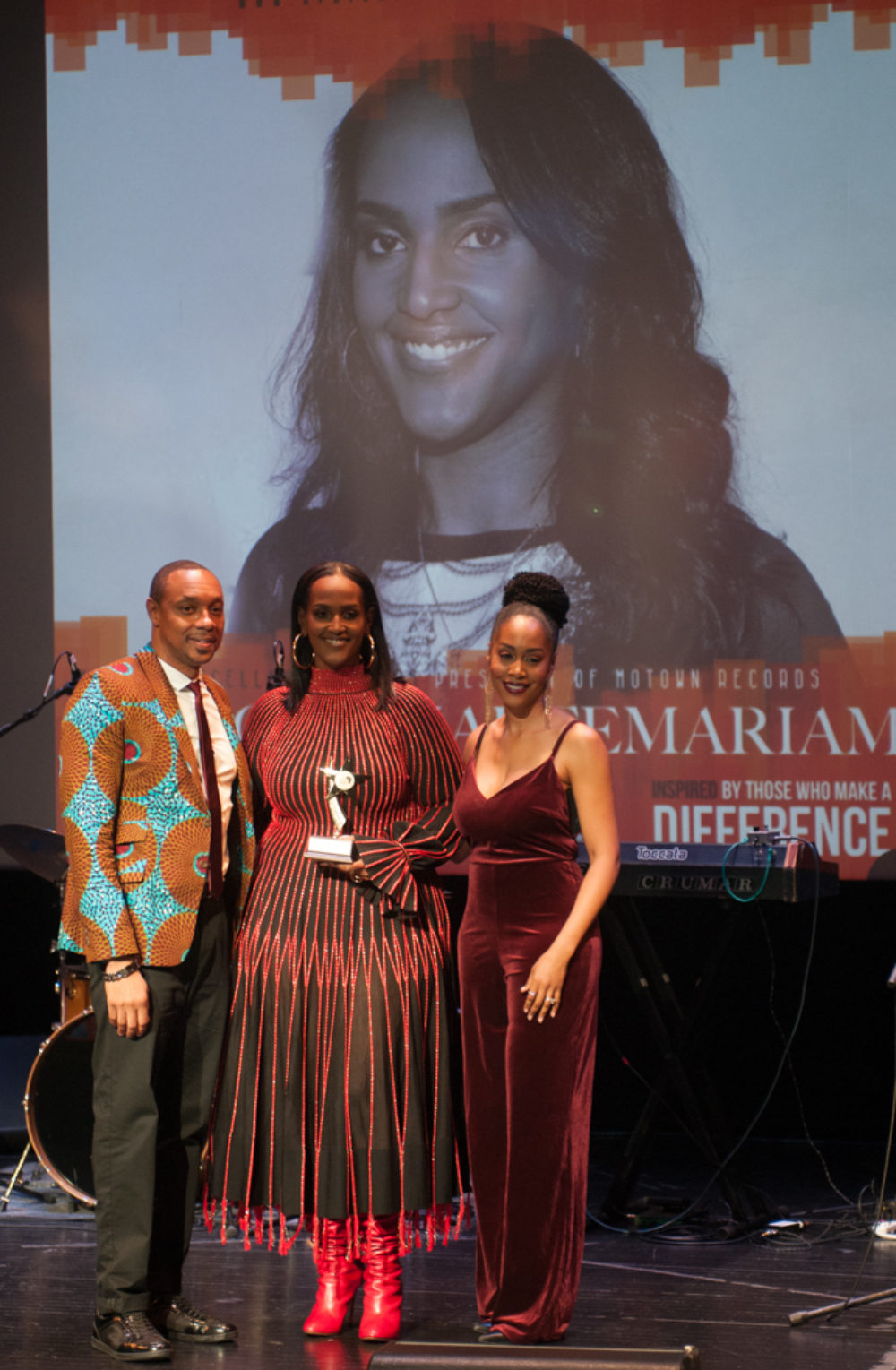 The Mark of Excellence award went to Ethiopia Habtemariam who entered the music industry at age 14, and is now the president of Motown Records—the iconic African-American music label, now led by a woman of recent African ancestry. 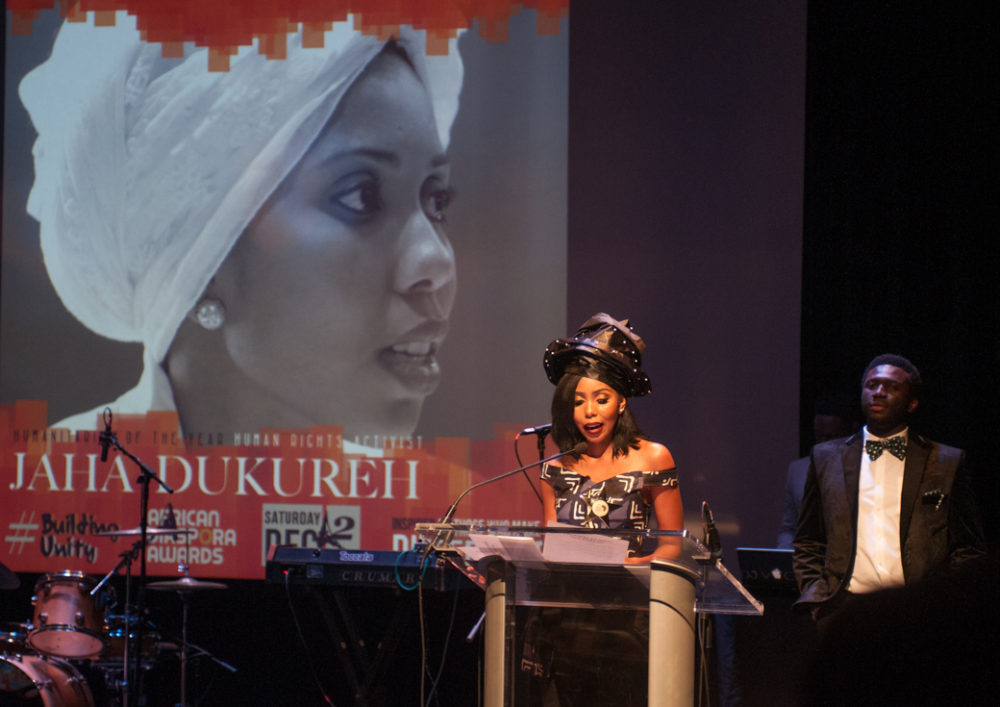 The Humanitarian of the Year award went to Jaha Dukureh, founder and director of Safe Hands for Girls, an organization on the forefront of ending the practices of forced marriage and female genital mutilation in Africa and beyond. 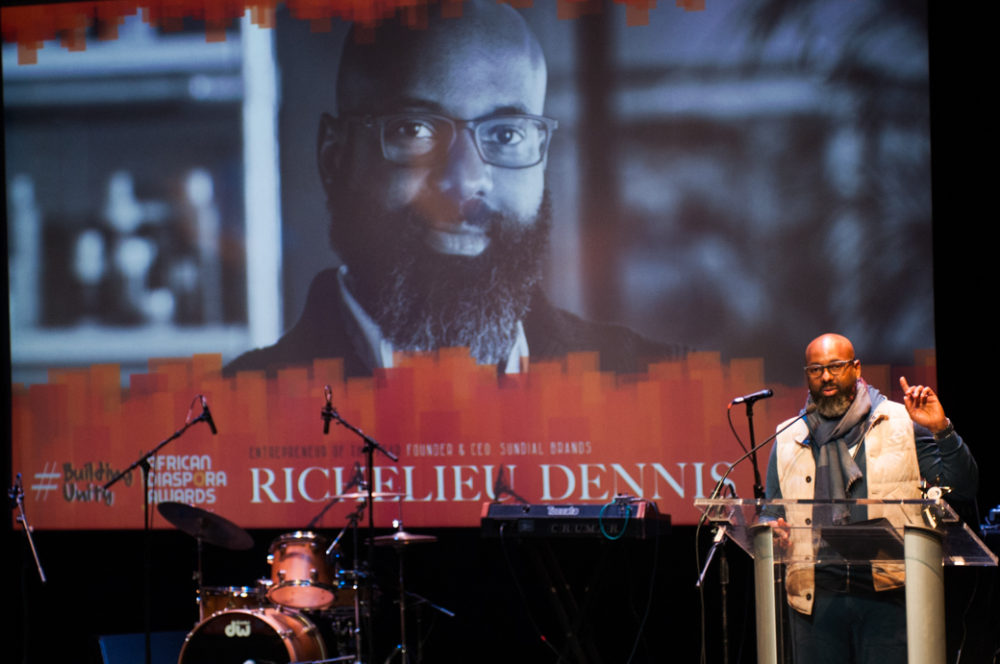 The Entrepreneur of the Year of the went to Richelieu Dennis, the CEO and founder of Sundial Brands, a hugely successful skin care products company specifically focused on the needs of black women. Sundial Brands was recently purchased by Unilever for, as Dennis noted, “a whole lot of money.” 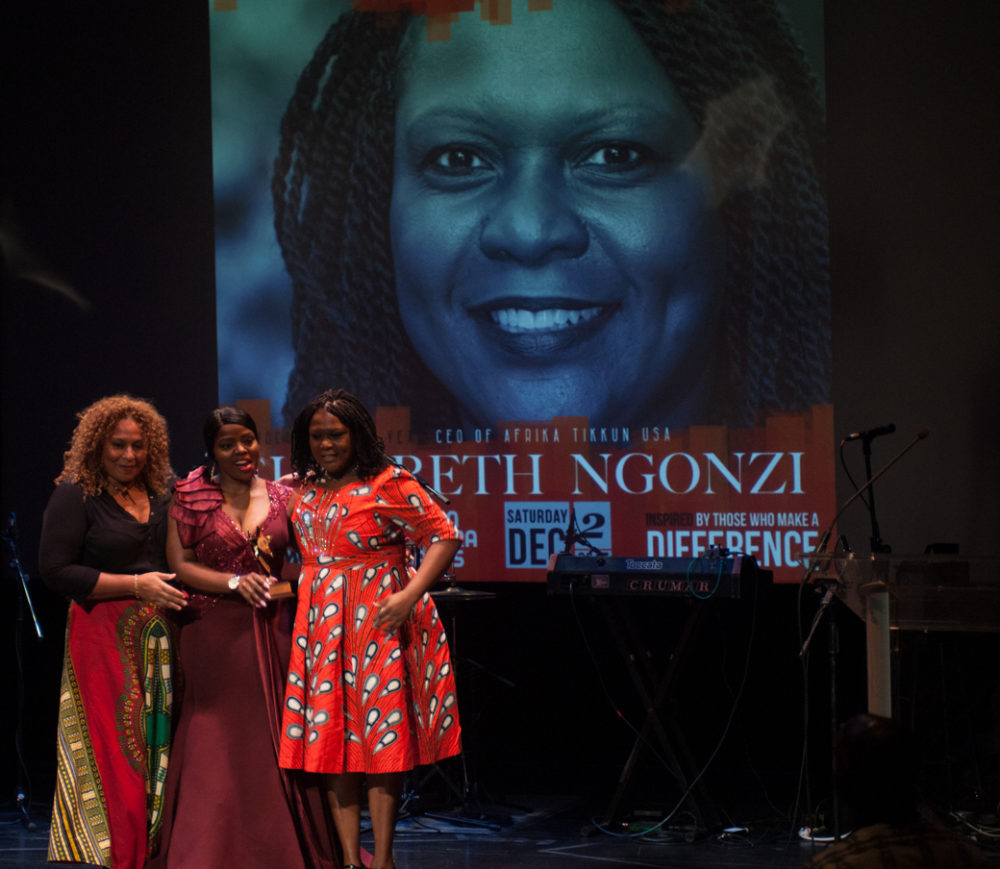 The Advocate of the Year award went to Elizabeth Ngonzi, CEO of Afrika Tikkun, USA, Inc. Afrika Tikkun is dedicated to nurturing the next generation of leaders through partnerships and collaborations. 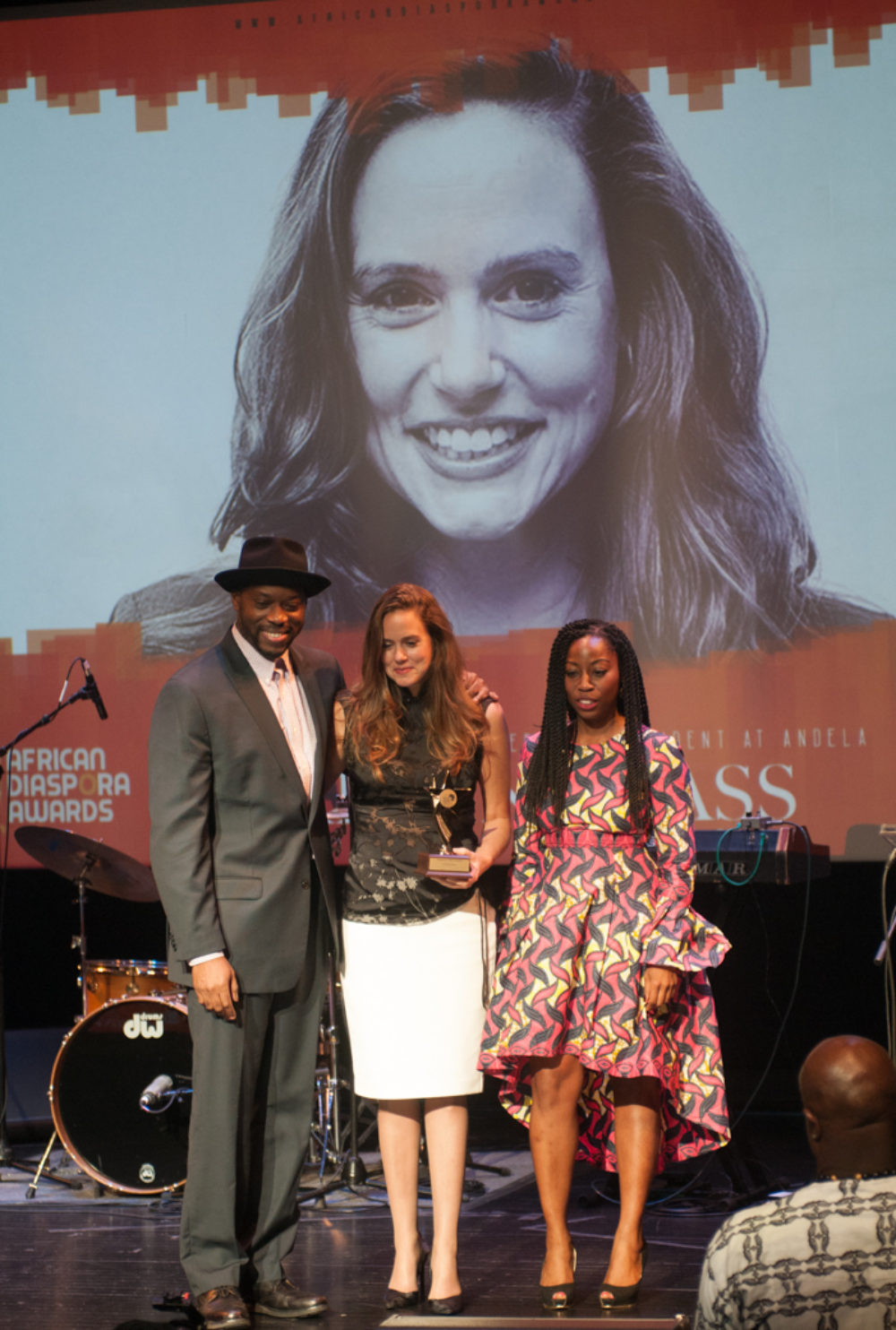 The Friend of Africa award went to Christina Sass, president of Andela, a highly successful network of software engineers based in Nigeria, Kenya and Uganda. 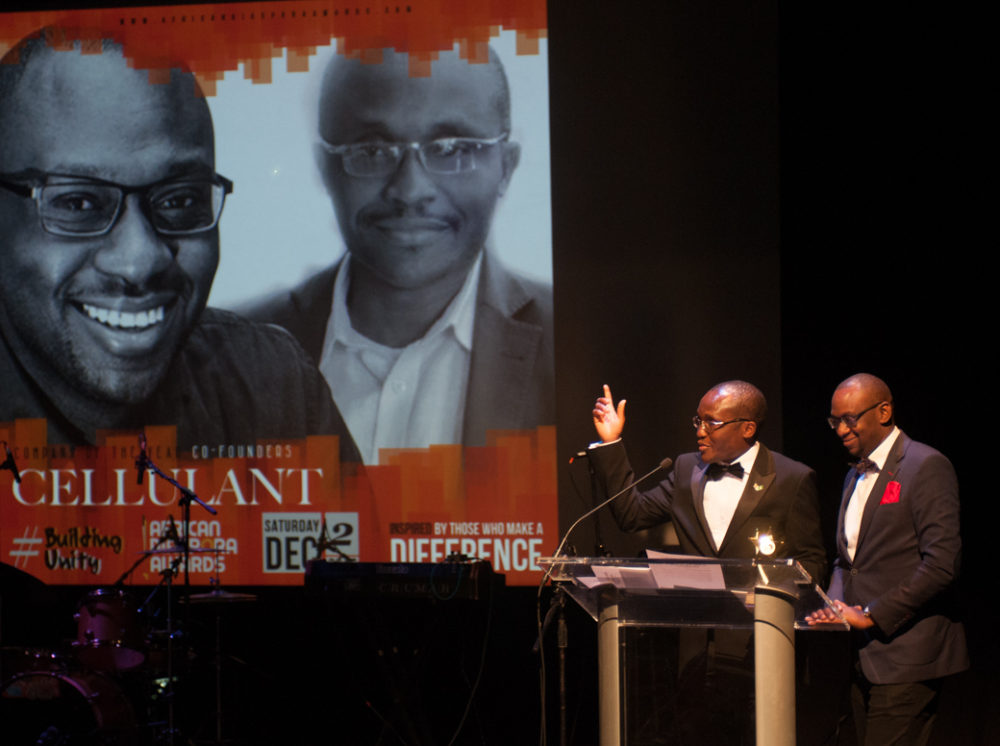 The Company of the Year award went to Cellulant, a multinational payments company now enabling business development in Africa through the streamlined use of mobile devices. 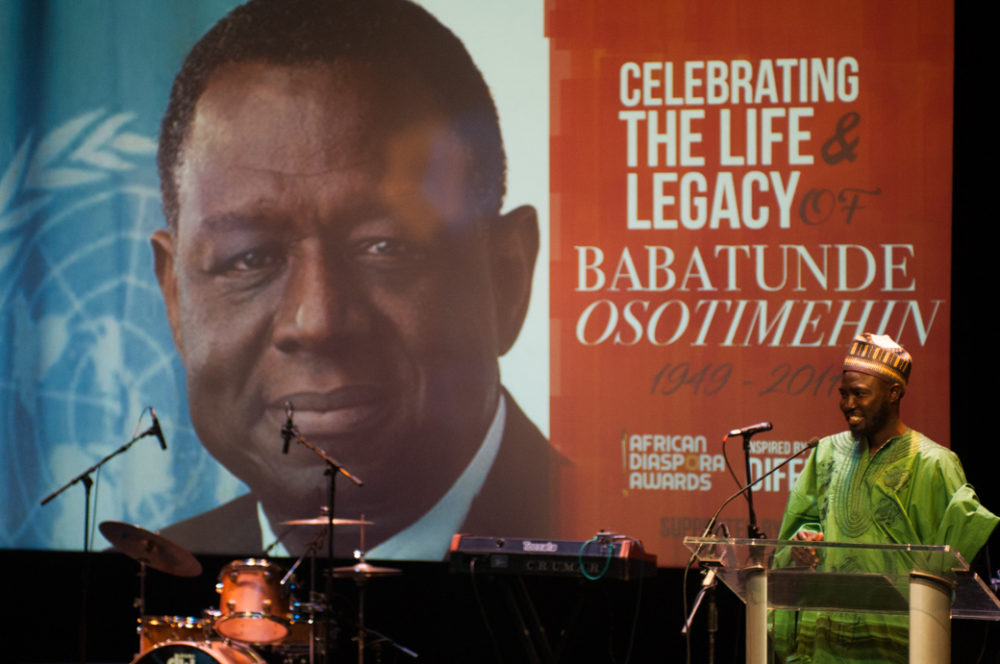 There were seven other awards given as well, including Person of the Year to Imelme Umana, the 131st president of the Harvard Law Review and the first black woman to hold that honor. Applause Africa and ADA founder Debo Folorunsho gave an emotional introduction to a film celebrating the life and work of the late Dr. Babtunde Osotimehin, the key honoree of the evening. Dr. Osotimehin’s many accomplishments culminated in with the U.N. appointment as executive director of the U.N. Population Fund (UNFPA), which has made enormous contributions to improving sexual and reproductive health and rights of women and young people. 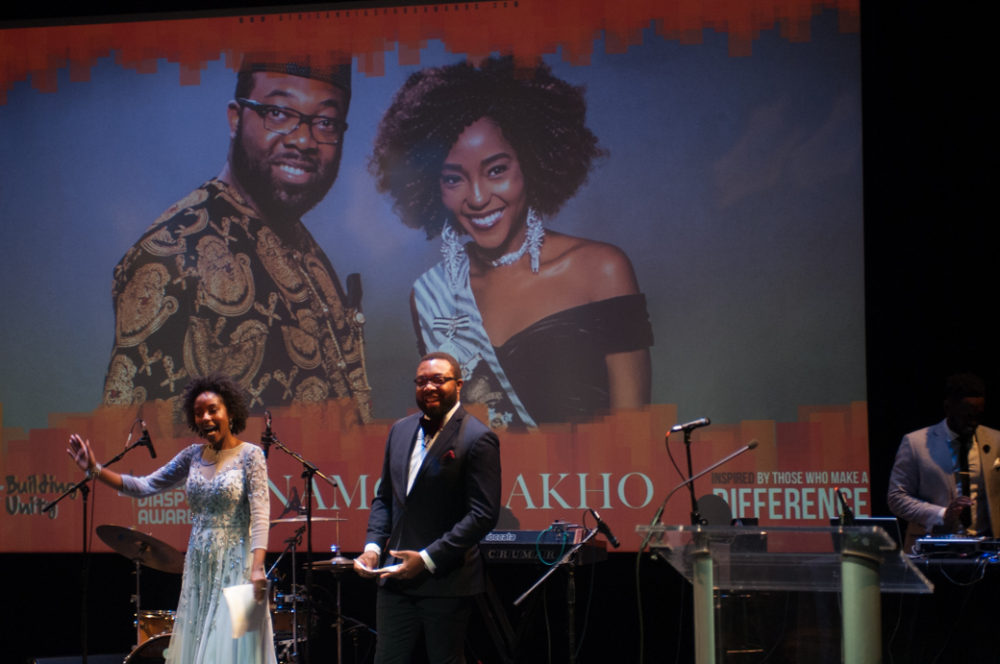 Despite the serious subject matter, there was also a good deal of humor in the evening. Co-hosts Namo and Makho Ndlovu made several appearances, memorably fanning the flames of the hottest controversy among the West Africans in attendance: Which country is home to the original and best jollof rice? 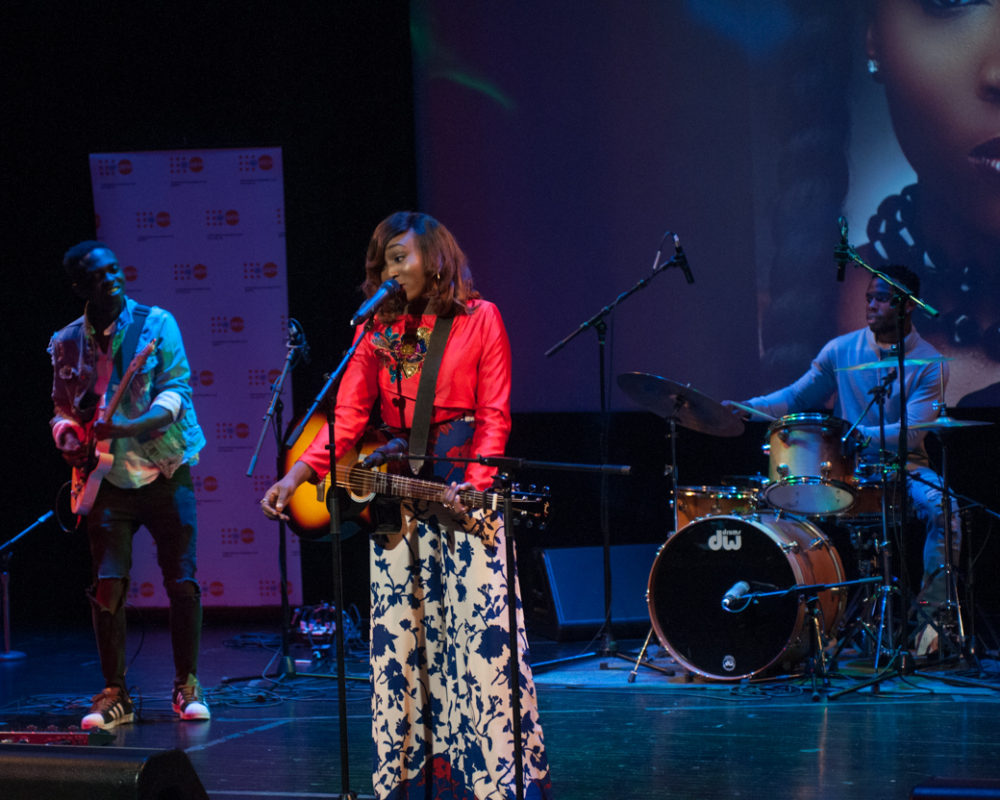 And there were short, sweet musical performances from singer/songwriters Myoa and Aramide, rapper Young Paris, and a rousing, concluding set of classic Fela songs from New York’s Chop and Quench, with Sahr Ngaujah, who played Fela on Broadway, at the helm. In all, an uplifting night of inspiration and entertainment. 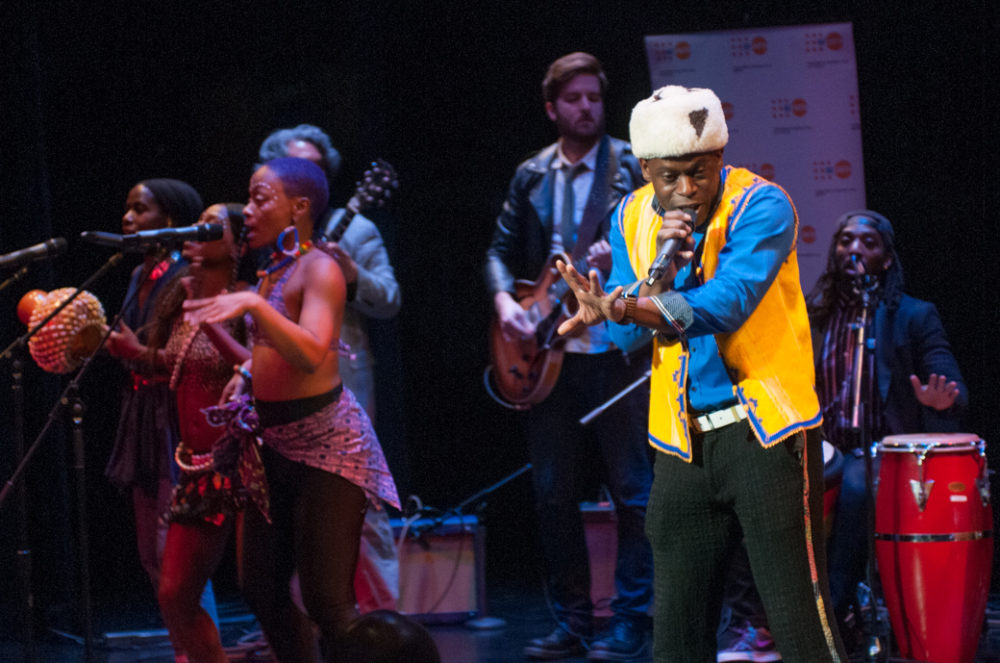 Sahr Ngaujah with Chop and Quench 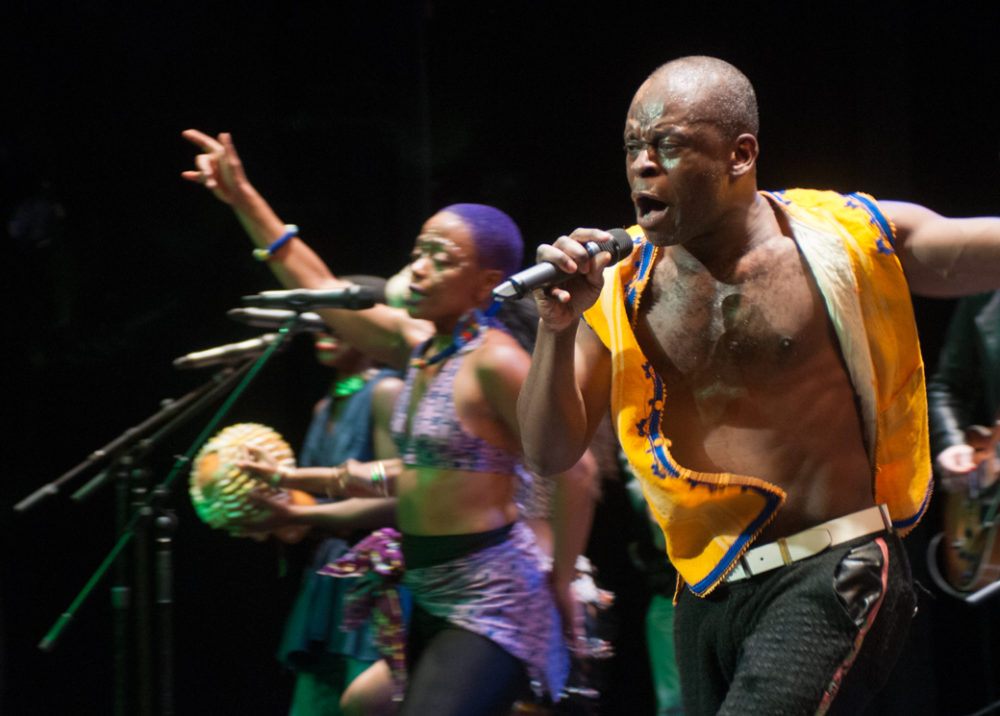 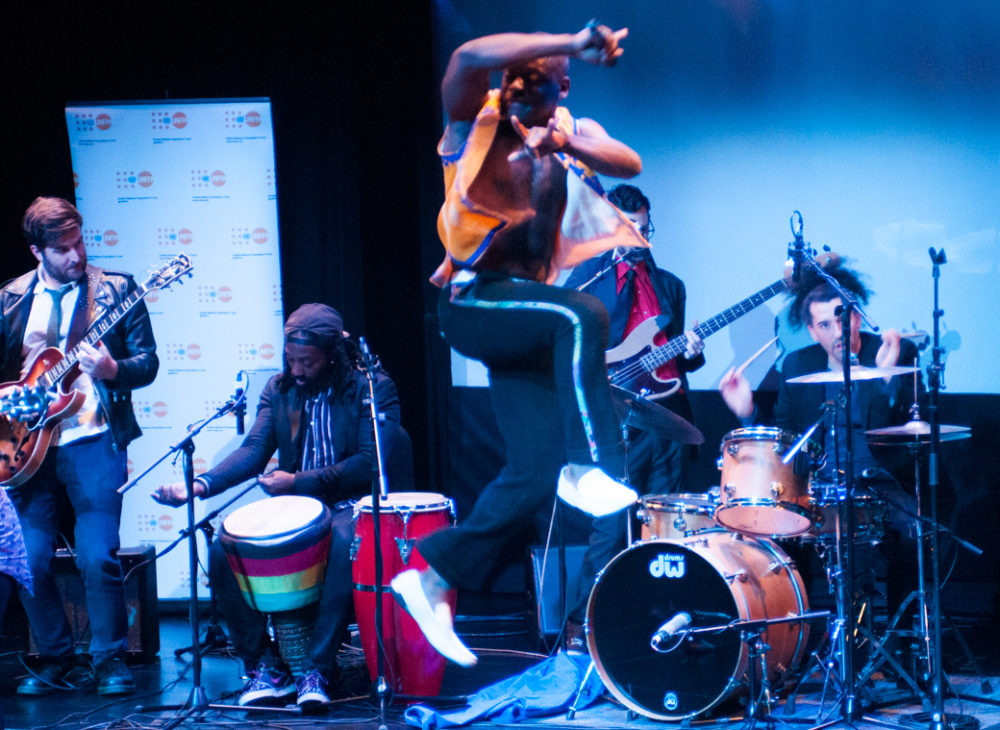