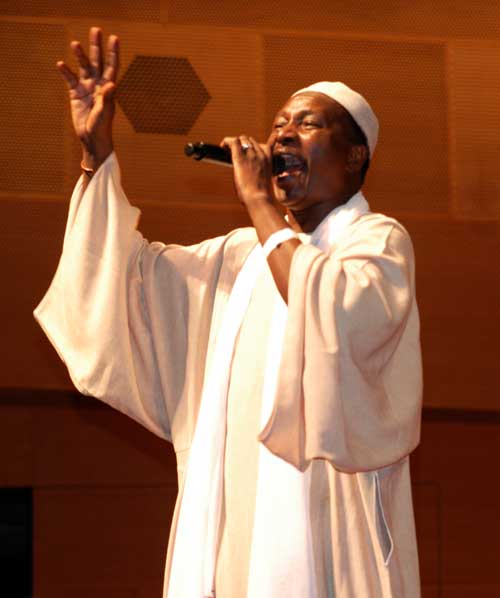 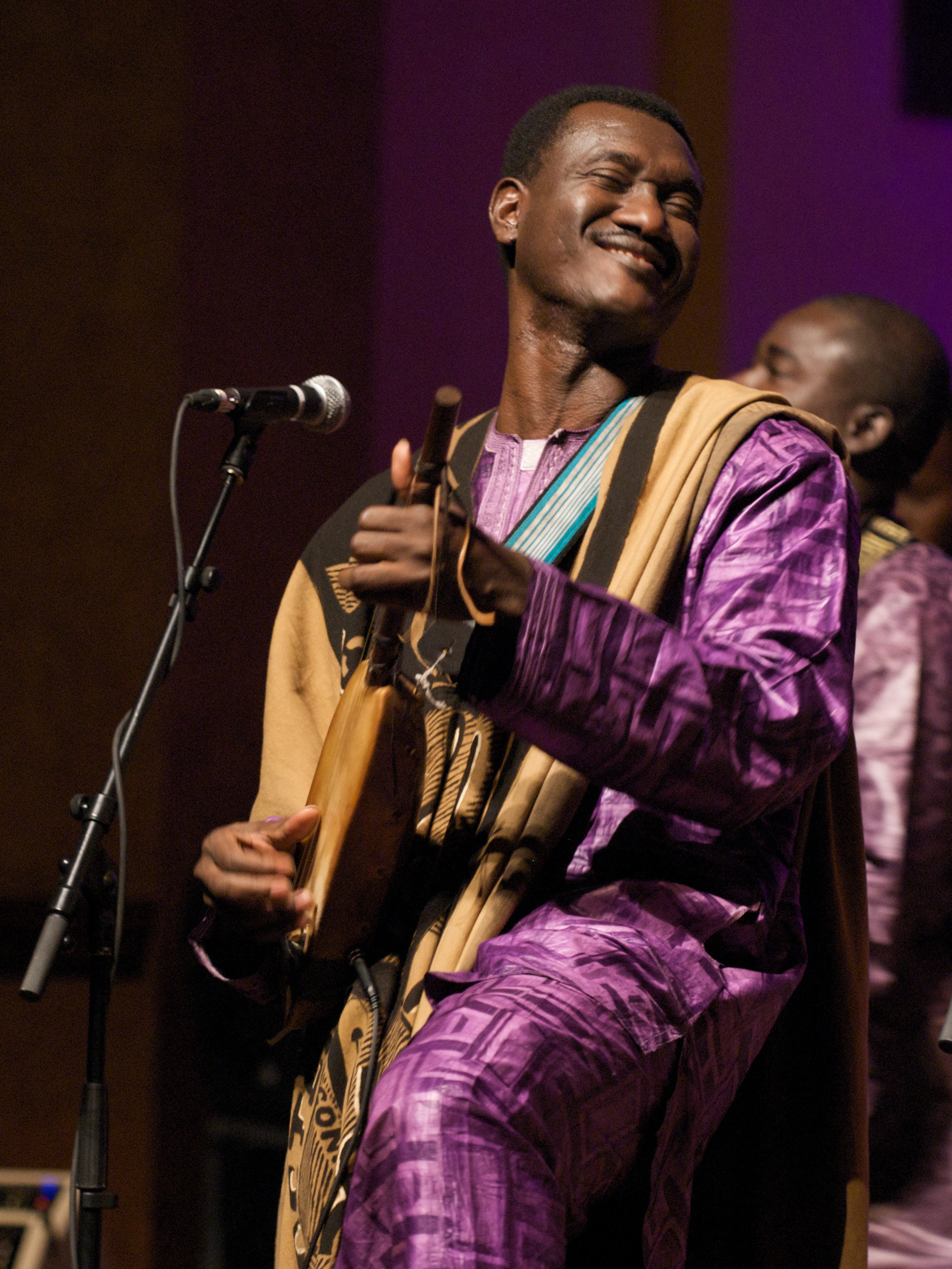 “Afropop Worldwide does unique and visionary work in bringing awareness of African and Diaspora musical cultures to Americans and the global online community.” 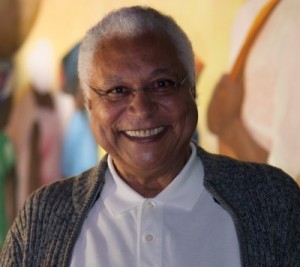 Hosted by broadcast personality Georges Collinet from Cameroon, and distributed by PRI Public Radio International to over 100 stations in the U.S., this award-winning program takes listeners and web users to intriguing musical destinations—Senegal, Tanzania, Ghana, Egypt, Nigeria, Brazil, Morocco, Haiti, Colombia, Madagascar, South Africa, the Dominican Republic, and beyond. The New York Times’s Jon Pareles calls the program and its companion website, afropop.org, “a well spring of African and world culture,” adding, “no other organization I know does so well in helping it reach the listeners it deserves.” 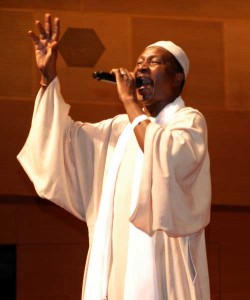 Gala headliner Bassekou Kouyate is a living legend. His instrument, the ngoni, is a staple of Malian tradition, but Bassekou has brought it center stage, filling out his ensemble Ngoni Ba with four ngonis that lock, weave, and improvise with rock god prowess, while singer Ami Sacko showers the ensemble's spiky grooves with high-flying griot vocals. At the gala, Bassekou—a friend of the show since 1991—will be inducted into the Afropop Hall of Fame. This award recognizes African artists for their exceptional artistic talent and for their major roles in connecting American audiences to Africa through their music. Longtime accompanist to and protege of Ali Farka Toure, singer/songwriter/guitarist Mamadou Kelly is one of the most powerful young voices out of northern Mali today. His acoustic guitar playing is superb, he sings like an angel, and his songs address the multi-cultural realities of his troubled region. Backed by other veterans of Ali Farka's legendary ensemble, Mamadou Kelly leads an ensemble with the nuance and precision of a string quartet, and the visceral rhythmic pull of a grade-A dance band. This music lifts spirits and inspires hope for the future of the Malian desert. Representing East Africa will be Sudanese singing star Omer Ehsas. 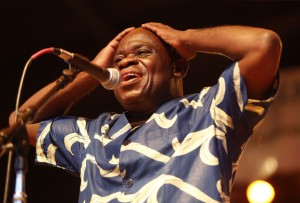 Samba Mapangala is one of the last singers from the era of classic Congolese rumba still on the world stage. By the time he became an international sensation at the helm of Orchestra Virunga in the 198s, his career had already taken him from Congo to Uganda to Kenya, and chapters in the UK and the US lay ahead. Over the years, he has composed some of the most enduring songs in African music. At Afropop’s September 19 gala, Mapangala will perform acoustic, demonstrating that his powerful, mellifluous voice still retains its unique magic.

This gala concert will benefit the research and production work of Afropop Worldwide, and further the program’s ongoing evolution to a multi-platform service centered around an award winning web site with fresh and unique content published daily, Hip Deep programs, original videos on a dedicated YouTube channel, weekly e-Newsletter, and more. Sean Barlow is the creator and Executive Producer of Afropop Worldwide. The program’s talented and dedicated production team includes Banning Eyre, Ned Sublette, and Michael Jones.  Funding comes in part from the National Endowment for the Humanities and the National Endowment for the Arts.

For Afropop 25th Anniversary Gala Concert details and information on reservations, visit: http://www.afropop.org/wp/25th-anniversary-gala-concert/ To arrange interviews and for all other inquiries: contact Sam Backer: 718-398-2733  or sam@afropop.org.    “ Afropop Worldwide has been an extraordinary program on community-powered KUNM for more than 20 years! Your program continues to be magnificent! We serve a huge region, both urban and rural, with a very diverse population that truly appreciates the multi-cultural work that comes our way from Afropop Worldwide each week. The value of Afropop Worldwide in rural communities and the Native American pueblos in our service area can not be underestimated. Afropop helps us recognize and celebrate our wonderfully diverse communities. We could not be happier with the service Afropop Worldwide provides.” --Richard Towne, General Manager, KUNM/Albuquerque, New Mexico  The Afropop Gala's media partners include PRI Public Radio International, allAfrica.com, Cocody Productions, Okayafrica, Applause Africa, Face2Face Africa, and BRIC Brooklyn Independent Media. Other gala partners include Corporate Council on Africa, Shared Interest, Africa Travel Association, Putumayo, Onyx Global Communications, and Blake Zidell and Associates.
Share this page on
Twitter
,
Facebook
, or
email
.