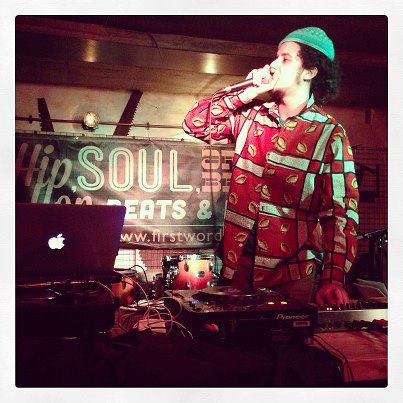 Interviews March 18, 2014
An Interview With Mo Kolours: The New Sound of London

Mo Kolours (born Joseph Deenamode) is a half-English, half-Mauritian producer/singer/percussionist from London. His debut self-titled record will be out on March 24, and you can pre-order it from One-Handed Music. We spoke to Mo on the phone to discuss how sega (music, not video games) and London's music history influenced his new album.

Jesse Brent: Can you introduce yourself and say a little bit about where you grew up and your family background?

Mo Kolours: I go by the name of Mo Kolours. I make music. I don’t like to put myself in one place. I like to play a bit of percussion, and mash around with melodic ideas, and I use my voice. I’ve been lucky enough to put out some records over the last couple of years through One Handed Music, and just lucky enough to be able to enjoy my life. My background is my father is Mauritian and my mother is English, and I’ve grown up all around the U.K. I was born in the north of England and lived in the west, and now reside in the east. And it’s a privilege for me to be able to speak to someone like yourself on the other side of the world, and just really enjoy music.

Can you tell me a bit about Mauritius and when you started getting interested in music from there?

Mauritius is a tiny island off the east coast of Madagascar in the Indian Ocean, which was uninhabited a few hundred years ago. It was a sailing destination for people going around the world, trying to find new riches in the old days. So it’s been colonized by various European and Arabic nations. I didn’t listen to as much Mauritian music growing up as I would have liked. My dad just didn’t have that much. He had a couple of cassette tapes with some sega on, and when his Mauritian friends would come around, we’d all eat Mauritian food and talk about sega and sing a little bit. But, you know, that was rare. It wasn’t every day. It was always interesting to me. I was lucky to go out there when I was a kid and I went out there not so long ago, as well. And my own personal interest in it picked up in the last few years. 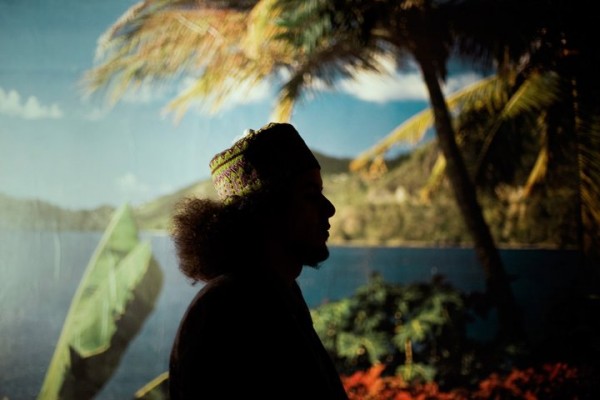 When did you start producing?

I’ve always been messing around with music, going around to friend’s houses, using their equipment and trying to do stuff, but I didn’t get my own stuff until about 10 years ago. I got a computer, and that enabled me to do a little recording-- mess around with some crazy noises. I never considered it really to be anything other than just messing around. Not until the last three or four years has it become something that I’m now thinking about as a serious thing in my life.

What kind of percussion are you playing on the new album?

All sorts. There’s a bit of conga on there, there’s bits of djembe on there, claps and shakers, and flutes, and triangle, and a little bit of a ravanne in there. Some Brazilian caxixi features in there quite a bit. I’ve just got little toys all around me. I grab stuff around me and add it in. 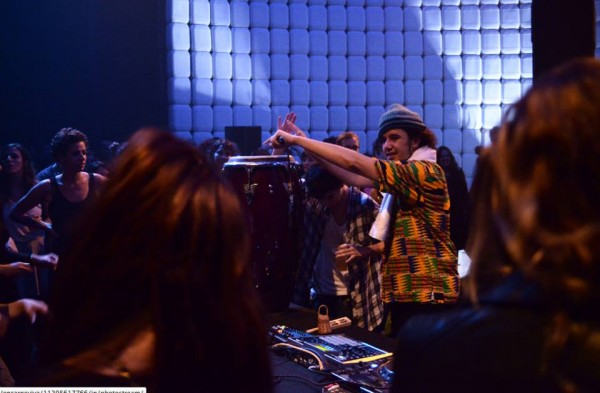 Are any of those instruments that would be played in Mauritius?

Yeah. The ravanne is a frame drum that Creole people play. It’s part of the sega music, which is unique to Mauritius. The triangle and the ravanne are the two major instruments that are used and featured in sega music. I tend to use those a lot.

What’s your production method like? Where are you finding the samples that you use?

Everywhere. I collect all types of music from all around the world. I’m constantly trying to find something from some corner of the planet that I don’t know much about. So, not only is it a reflection of London and my emotional reach, but it’s also got hints of every corner of the planet in there, as much as I can. The whole hip-hop production aesthetic that I love so much-- I always lean back on jazz stuff. I’m a big fan of sampling congas as well.

Your only collaborator on this album is Jeen Bassa. Is there anyone else that you’d really like to collaborate with?

There’s just loads of people that I admire that I would be flattered to play with. But I think there’s two different ways of looking at it. There’s the “Who would you like to play with in your most wildest dreams?” angle: dead people like Elvis and Jimi Hendrix. But for me, collaboration is not just about respecting the person’s music, but also being able to click and create something that’s interesting, and you can both get something out of it. So, that’s a hard question, but anyone who’s into raw vibes. And I want to meet young people, young kids that have this special something, this spark that you can only have in youth, you know what I mean? So, I’m looking to collaborate with youngsters, new people, people under the radar.

I read that “Mike Black” was inspired by Cymande, a '70s funk band from London. Do you feel really connected to the history of the London music scene?

I think it’s hard not to when you’re in a place. When you’re walking around your local area, and the history is there, and it’s common knowledge, and it’s heavyweight. Music can feel like part of the London landscape, just as a general person in London. London is one of those places where the history really adds the present day sense of what it’s like.

For this album, which is your debut, did you have a theme going into it that you were working on, or was it more just patching together different sounds as a collage?

I kind of had a theme going into it. Not so much a theme, but just the two ends of the scale. One side would be a lighter feeling about life and music, in general. And the other side, I hoped, would be a darker feeling about music and life. It didn’t work out as contrasting as I had hoped for, so that didn’t become part of the album title. It helped me start the album, but it didn’t end up being the point of it. It helped my process in working through these bits of work.

When I was starting to listen to it, I was thinking, “This is a really happy album,” but there’s a teardrop on the cover. At first I was a bit confused by that. Why did you decide to go with that cover?

Like I was saying, the A side is a happy side. But hopefully, if you listen, the mood is changing. The other side is a little bit more edgy. The lyrics are a little bit less optimistic. So, I think it’s really important to show all sides of things. There’s no point in pretending that everything’s all great and pretty and lovely. And likewise, there’s no point in just hanging around in the gloom, glorifying how bad everything can be. So that front cover-- I think he looks like he’s smiling to me. It looks like he’s quite happy, but he’s crying at the same time. You never know-- that could be tears of joy or could be sorrow. I thought that captured it really simply quite well.

Now that you’ve finished this first album, what other plans do you have for your career?

I tend not to plan really. I’d like to do more and play more, but stuff just happens. I’d love to put out some more stuff, and go around the world, meet new people, eat new food. Those are really my plans for now!