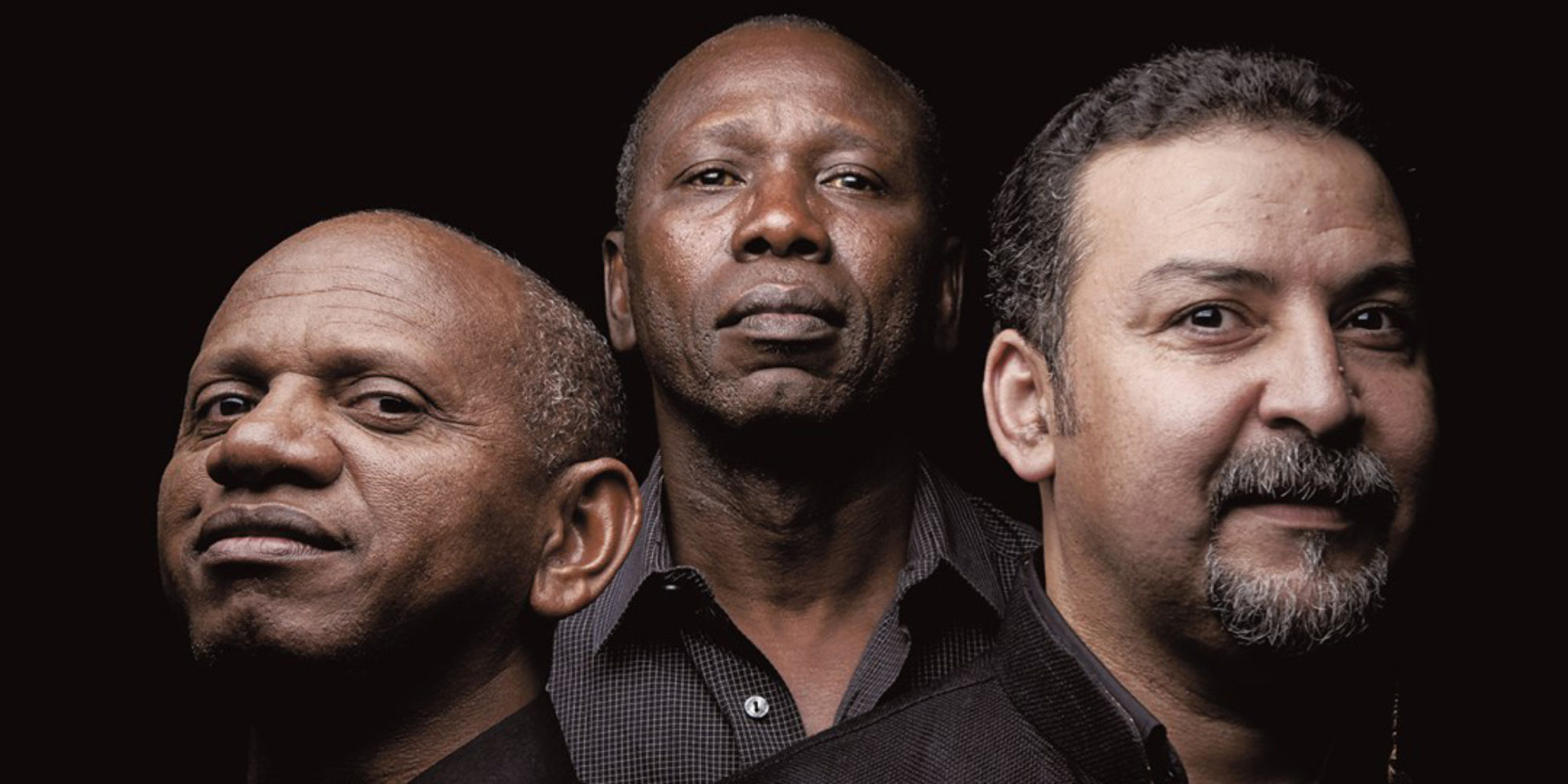 Call this an Afrophonic symphony of plucked strings. Ballake Sissoko of Mali is a master kora player from Mali and a seasoned collaborator from many adventurous projects. Rajery is a kind of miraculous on the valiha tube harp from Madagascar, in that he plays this unusual instrument despite having had his right hand amputated at birth. And Driss el Maloumi of Morocco plays the venerable Arabic oud. Morocco being Maroc in French, we arrive at the group’s almost too clever name, 3MA.

Rajery told the producers of our 2017 Afro-Paris program that all three of these artists are viewed as “slightly unusual” in their home countries. But the idea of creating an ensemble of only plucked strings and no percussion is more than slightly unusual in the sphere of African music. And that’s the magic of this sublime recording. Actually, there is percussion by Khalid Kouhen on two of these 10 tracks, rolling tabla on the the lyrically melodic “Anfaz,” and ringing clay drum on the flamenco-tinged “Mariam.”

The three string players also sing, one track each. Rajery rises from a throaty exposition to a soaring falsetto refrain on “Aretina,” and El Maloumi’s warmly fluid vocal on “Hanatra” belies a brooding message: “Too much darkness. Darkness all over the earth.” But as the three instruments each other in unison, a common technique in Arabic music, the feeling is anything but dark. And it is really that coming together of such different string instruments that is the heart and soul of this album.

This is this group’s second recording, and there’s no mistaking the deep chemistry that has grown up among them over the years. On the title track, “Anarouz,” it’s hard at first to distinguish the three individual voices. The rich expansiveness of the kora is most identifiable in the intro. But as the instruments break apart, we hear the feathery bass of the oud holding down a backbone , the kora surrounding it and the sharp-toned snap of the valiha jumping out of the mix. It’s a subtle amalgam of similar sounds, but one that draws you in, and stands up to repeat listens.

These pieces are co-composed, although each instrumentalist takes center stage at times. Some pieces are as simple as a riff or melody the players join in on and then leave space for each one to solo. The solos are not flashy. They breathe. You can sense the players listening to and feeling one another. What might be a showdown among virtuosos or a jumble of egos is instead an elegant, relaxed conversation among sympathetic peers—in all, a must for all lovers of instrumental African music.