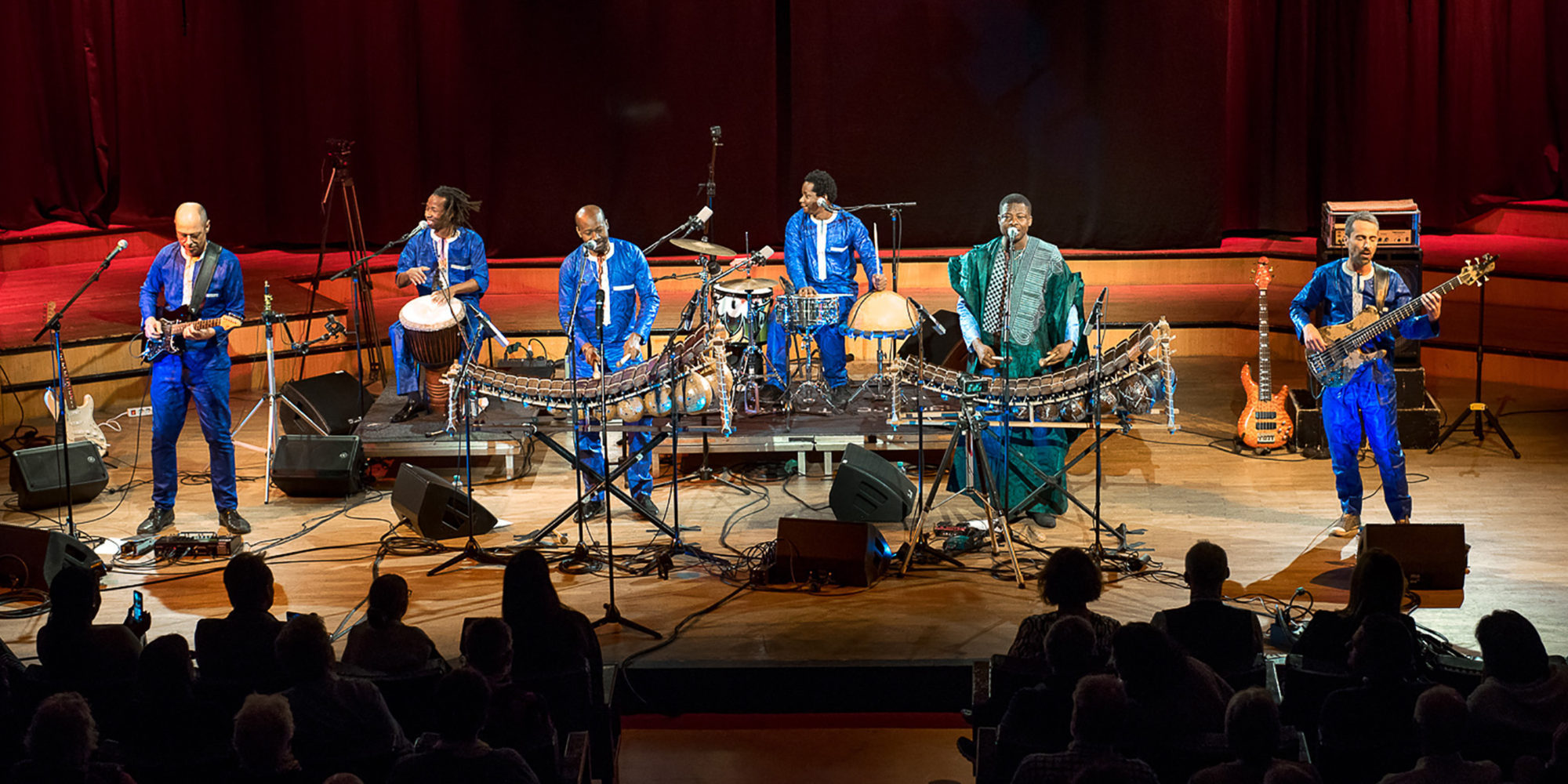 Mamadou Diabaté, not to be confused with the famous Malian kora player with the same name, is generally considered a maestro of the balafon, a kind of wooden xylophone or percussion idiophone that plays melodic tunes. The instrument usually has between 16 and 27 keys, and it has been played in West Africa since the 1300s. Diabaté comes from a traditional djeli family of musicians and storytellers of the Sambla people in Burkina Faso. Mamadou and his cousin Yacouba Konaté lead a dual balafon assault that can set any stage aflame. Explicit techniques allow Mamadou to play solos that create the impression that three balafonists are playing together. His first CD, Sababu, was released in 2001. This November Diabaté presented his new 14th album, Nakan, in Vienna. 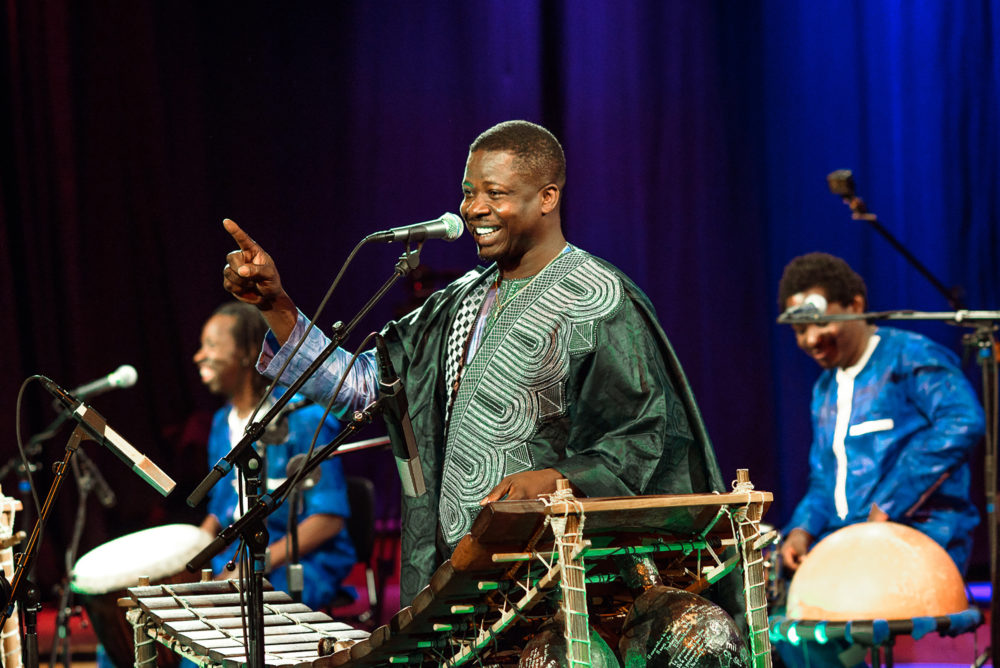 When Diabaté is on stage playing the balafon, something magical happens between him and the audience. With his tight strokes, he makes the audience move. When this 46-year-old Burkinabe virtuoso is on fire and plays as fast as he can—which is really fast—the audience stands up and starts dancing. At the end of the show everybody is dancing like mad. This was the case on a Friday night in early November when Diabaté presented his new recording in the sold-out ORF Radio Kulturhaus in Vienna. Accompanied by his group Percussion Mania, Mamadou bridges the gap between the traditional griots of West Africa and Western electric guitar playing.

The next morning, I met Mamadou in the hotel lobby. Although tired from last night's performance, he took the time to answer all my questions. We spoke about his life in music, his relocation to Vienna, and the school he has founded in Bobo-Dioulasso, Burkina Faso.

Bas Springer: At what age did you start learning the balafon?

Mamadou Diabaté: At the age of 5 years. I come from a very large family of musicians, which can look back on a 800-year-old rich griot tradition That's why we begin to acquire the technique of playing and memorizing our tradition in our early childhood. The very first Diabaté [originally i jemba te, meaning "you are unsurpassable"] was mentioned in the Sundjata epic (13th century). We have remained faithful to our profession until today and therefore one finds in the top field of the modern West African music scene many Diabatés. The Diabatés in northwest of the Mande-speaking areas like Mali and Senegal play predominantly kora . In Guinea, Cote d'Ivoire and Burkina Faso we rather play the balafon, the West African xylophone. My dad taught me how to play the balafon. He was a respected musician, but very poor, because since long the griots have lost their pre-colonial reputation and income as guardians of tradition, spokesmen for rulers and teachers. He had to earn his bread with agriculture. I was 11 years old when I got my first pair of shoes.

Then I was taught by my older brothers, who are now the leading balafonists of the Sambla, a small group of Mande people in southwestern Burkina Faso. I am a Sambla. But it was Daouda Diabaté, the grand master of the highly developed polyphonic and polymetric balafon that taught me the most. His difficult technique allowed him to give the impression that three balafonists were playing together, though he played alone. He was a very strict teacher. He never missed my head when I missed the right note. That's why I was always running around with mango-sized bumps on my head. A good 20 years later, when I asked about it, he just smiled mildly: "Now you can play quite decent balafon." 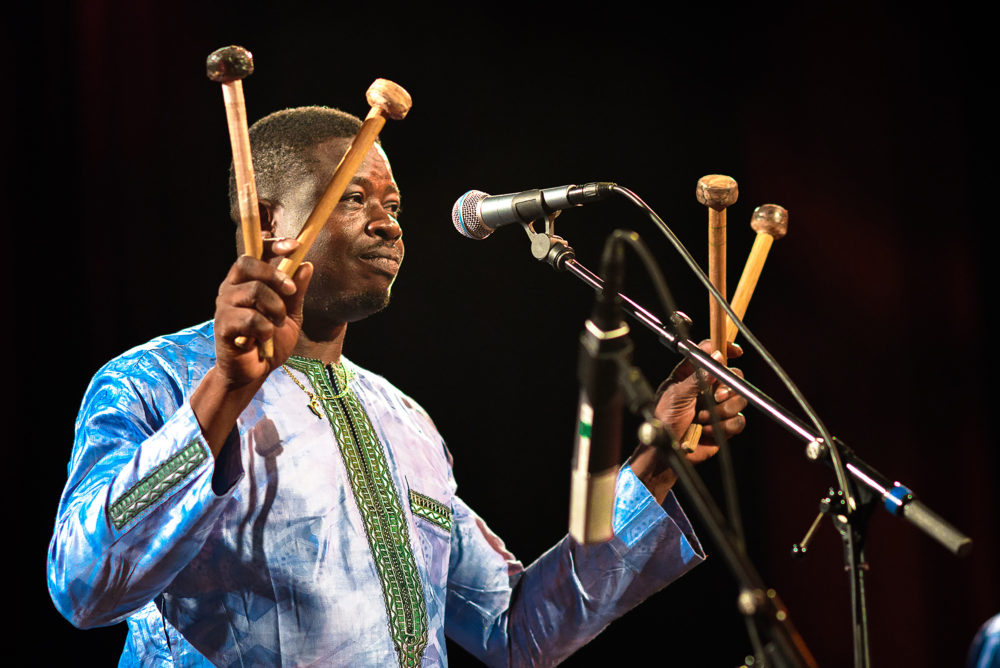 How was your relationship with your father?

My father wanted me to follow in his footsteps: stay in the village and continue the griot tradition. But at 11, frustrated with my future prospects, I burned through and lived as a street kid in Bobo Dioulasso for several years—and survived. He was so upset that he forbade our relatives to give me shelter and food. We were only able to reconcile years later when he was looking for a second balafonist for the National Culture Festival of Burkina Faso and found no suitable one. We won the first prize.

When did you come to Vienna?

In 1998 I came for the first time to Austria. In 1999 I came back to visit an old friend. In the process, I also got to know many musicians and other cultural creators. So I discovered that people liked my balafon music, although the balafon was hardly known in Europe. In 2000, I decided to stay to build a career as a musician.

How were the early days in Austria?

I was totally helpless at the beginning. I only spoke two languages from Africa and a little bit of French. So not a word of German or English. But soon I successfully organized a few small performances. The music was my chance. But more importantly, I improved my French, English, and above all, German. The breakthrough came in 2001, when Harald Quendler, head of Extraplatte Verlag, released my first CD, Sababu, which means "chance."

Tell me about your school project in Burkina Faso

My parents could not pay the school fees for me. When I came to Austria, I could not believe that you don’t have to pay anything for the school. Free lessons were not at all available during my time in Burkina Faso—and even today it’s very rare. In Austria I entered a very different world than Africa. I recognized that education is the indispensable basis of any social, professional and economic development.

I started thinking about how to help children from my native country to improve their future. Finally, I founded a primary school named "Sababu" in Bobo-Dioulasso, which has been in operation since 2010. I started the project in 2003, all alone, without any help and support. In the following years I have done a lot of advertising for the school via my performances. In 2009 the school opened its doors. The school is financed by charity concerts, drum workshops and donations. And most importantly: The lessons are free, just as a daily hot meal . We only take children from poor families who otherwise could not afford a school. Today we have over 600 schoolchildren. My school was the seventh best among Bobo's 38 elementary schools in 2019 in Bobo Dioulasso. 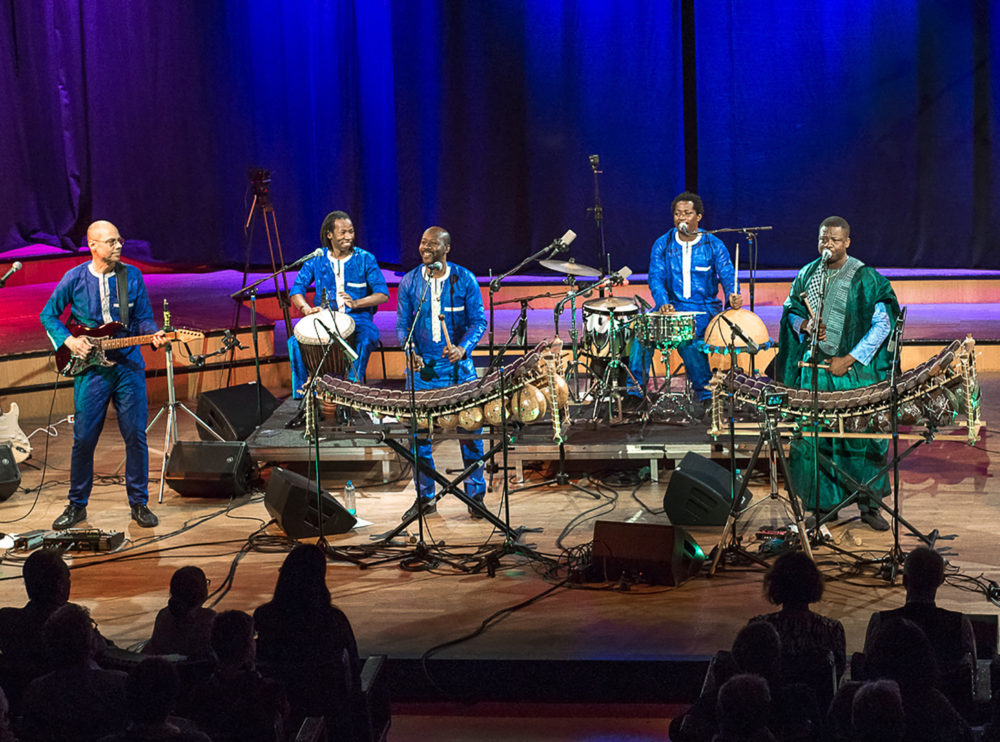 Maintaining the school is not easy. If donations are not enough, I have to reach deep into my own pocket, even if I get into trouble paying my own bills. The school has priority. Basically, my school is nothing but a modern extension of the ancient griot tradition in which we preserve, increase and pass on knowledge. There are always very gifted children among our graduates. Most of them can not go to middle school due to lack of money. That's why we're planning one to build middle school.

What else do you want to say?

Since 2016, I am working with Laura McPherson at Dartmouth College (U.S.) on the scientific research and documentation of the Sambla balafon language. In the Sambla culture the balafon is omnipresent. Every village, every important family, every profession has its own piece of music. All important events in the village community are accompanied by music. But in reality our music is a language. We learn them in early childhood together with the spoken language and therefore, with the sounds of the balafon, you can say everything that is possible spoken. Without the mouth, we tell stories, report on current events, chat with the those present, mocking people who have annoyed us, court a pretty woman, etc. This project is important because this language is threatened with extinction.

Thank you for talking with us, sir.