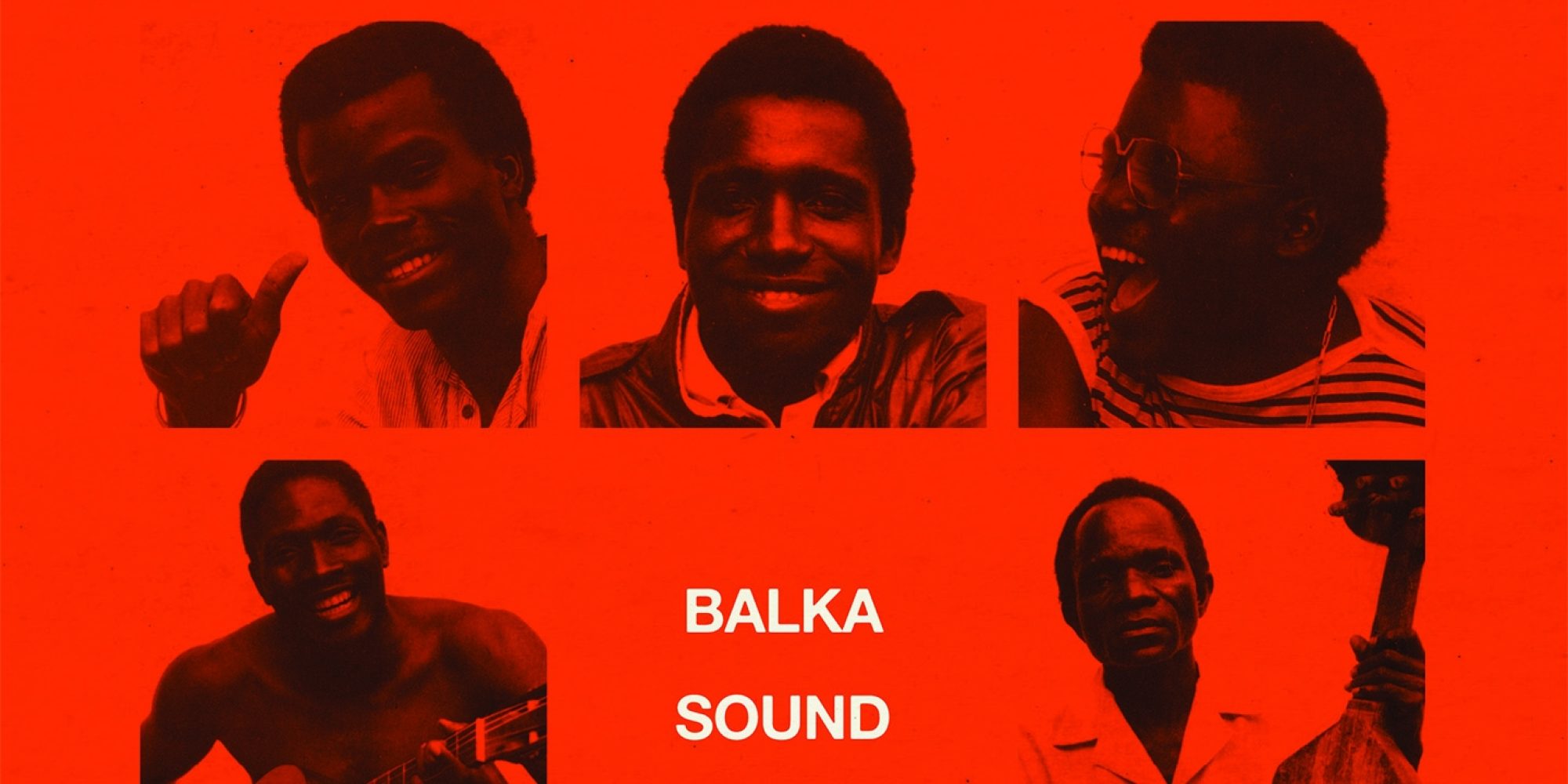 Congo-Brazzaville, like Congo-Kinshasa—two cities facing off across the Congo River—is best known for Latin-tinged Congolese rumba. This reputation has always masked the rich diversity of ethnic traditions surrounding these urban centers, literally hundreds of such traditions. But if we widen the lens, we find that there have long been modern groups creating more localized, indigenous musical fusions. Take this grooving combo from Congo-Brazzaville, Balka Sound, which started out to champion an updated take on the traditions of the Beembe people back in the early 1970s, when Congo rumba was near its peak of continental popularity.

Balka Sound made three albums during their heyday, working steadily in Brazzaville in the 1980s until political unrest disrupted nightlife in the early 1990s. Strut Records has pulled together this compilation of 15 songs that feel fresh and, frankly, a welcome diversion from today’s slick, highly produced African pop. The album is available on vinyl or via download with bonus tracks.

Central to the band’s sound is a five-stringed lute called ngonfi, that produces slightly muted, buzzing tones not unlike those of the Malian kamele ngoni, featured in Wassoulou music. The ngonfi is played by the band’s lead vocalist Nkibi “Lusialala” Albert, a renowned traditional singer and the driving force behind the band’s formation. Albert’s voice is a tuneful, high-pitched growl that feels ancient and recalls the edgy rasp of the deepest Delta blues singers. Balka literally means “jerk,” and the band’s PR says, “In a lively atmosphere of war cries, jumps and acrobatic summersaults, the ngonfi roars, cadenced by handclaps; a vocal solo weave the emotional theme. This is the Balka, jubilant dance of the young villagers of the Niari valley.” That sums up the joyful mood quite nicely.

There are two production styles in these tracks. Many are rooted in strong, athletic bass and drums and include electric guitars and tenor sax for a full-on band sound. Lots of tasty, spikey guitar jams in those numbers. Other tracks, no doubt recorded earlier, showcase the ngonfi and Albert’s voice with a backing chorus. These songs are wonderfully trancey and folkloric but still with a clear pop sensibility in the arranging—a mark of this group’s fusion mission. In both formats, the band cranks with exuberant rhythm and in-your-face expression.

The songs are both deep and fun. Albert’s signature tune, “Ah Lusialala” is a humorous “parody of a declaration of love,” perhaps sly shade cast on Congolese rumba acts with their endless, and oh-so-sincere amorousness? Elsewhere we get posthumous advice from a deceased parent to a living child, a man facing death and begging for more time, tales of adolescent romance, a woman rejecting marriage, nostalgic memories of village life, and a critique of those who leave that rural life for the city.

For fans of roots African pop, this one is a joy start to finish.