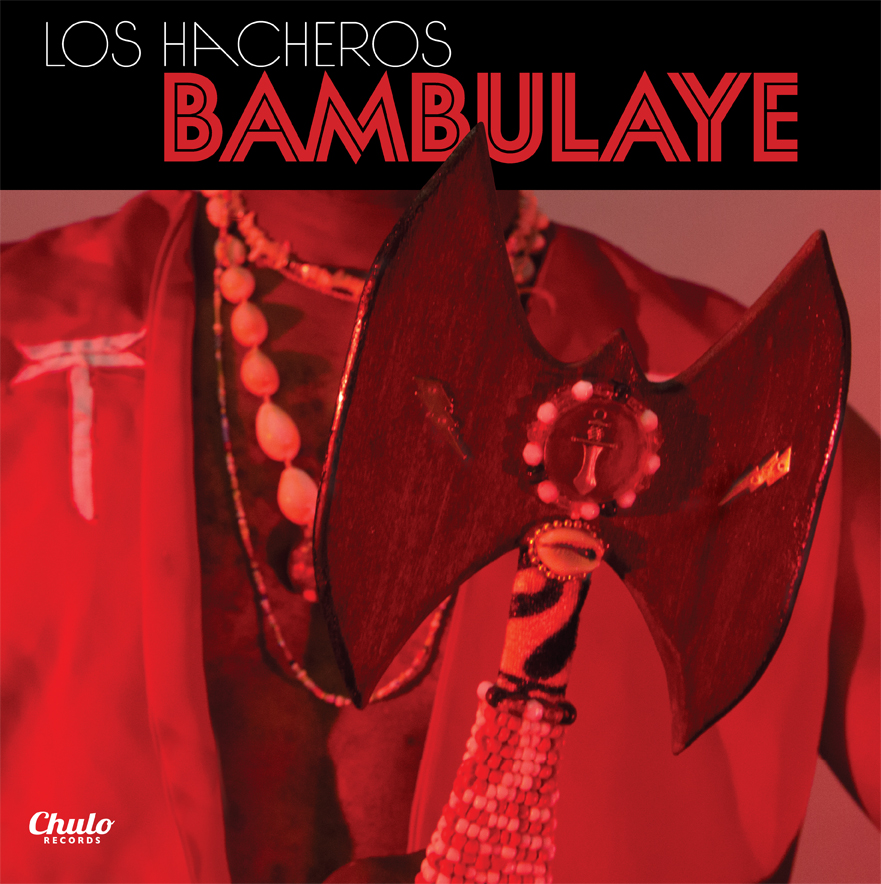 The new album from New York’s Los Hacheros is a consistent work of truly soulful Afro-Cuban/Puerto Rican/Nuyorican neotraditional popular music. There is a deep sense of swing and sabor (flavor) in every coro (chorus vocal), tumbao (bass and conga groove) and montuno (vamp) and this sabor—coupled with the stylistic integrity and versatility with which they merge salsa, son, charanga, and bomba music—distinguishes Los Hacheros from many of their peers in the New York salsa scene. Their unique style is evident from the first minute of the opening (and title) track, “Bambulaye,” which highlights and flaunts the group’s unique versatility and explosive energy. From a sweet violin and flute prelude, harkening to Euro-Cuban parlor music of the 19th century (which would evolve into the charanga crazes that swept Cuba in the ‘40s and New York in the '70s) the band suddenly kicks it up with a yell and a hard-driving bell, combining distorted tres with charanga violins, flute and trombone mambos with timba-inflected vocals and tense percussion breaks.

One defining feature of Los Hachero’s sound is Jacob Plasse’s tres montuno. Jacob plays in a musical lineage that draws deeply from the music from of Arsenio Rodríguez. The tres is a three-course lute-derived instrument that was developed by rural agrarian guajiro/campesino musicians of the Eastern Oriente province in Cuba, but it came to popular prominence when blind Afro-Cuban tresero Arsenio Rodriguez plugged the formerly acoustic instrument into an amp and expanded the format of his group into the son conjunto with tumbadora (congas) and trumpet and piano, a format that profoundly influenced the development of salsa in New York, years later. The rooted rhythm section-- Carlos Padron on bongo, Roberto Quintero on congas and William Ash on baby bass--is the driving core of the group, while Papote Jiménez’s powerful voice pushes and uplifts the music. His style is rooted in the son tradition of improvised inspiraciones, but also clearly influenced by Cuban timba and New York salsa dura; his style is modern, transnational, and old-school and classic at the same time. The versatility of the instrumentalists Itai Kriss on flute and Eddie Venegas, who switches between violin and trombone, allows Los Hacheros to shift from a charanga sound to son conjunto sound effortless, often within a single song. This recalls the tromboranga (trombones and flutes) format of Eddie and Charlie Palmieri’s ‘60s group La Perfecta.

Every track on Bambulaye is a gem, and the record is an easily digestible length. “Pintante” is a fast-paced salsa which peaks with alternating vocal mambos, choruses, vocal solos and violin ostinatos, trombone blaring and percussion firing all at once. Next comes the down-tempo “Esta Noche Corazon,” which begins as a nostalgic bolero recounting a story of love and loss, leaving room for a sultry violin solo. When it kicks up into a slow grinding son, Papote’s voice soars passionately over the steady rhythm, before Plasse takes us home with a tasteful tres solo.

“Justicia” is perhaps the hit song of this record, stylistically reminiscent of classic Eddie Palmieri or Conjunto Libre. Papote tells an all-too-familiar story of police brutality, presented with classic Nuyorican Loisaida barrio swagger. The chorus is a resounding demand, “Quando llegará el dia de la justicia?” “When will the day of justice come? When will the abuses of the police end?” Later in the song, they switch the chorus to a chorus rooted in the social justice politics of 1960s/'70s: “En la union esta la fuerza/si no hay justicia no hay paz,” “Power in unity/No justice, no peace.”

“Querida Madre” is hard-driving son montuno tribute to strong women, wives and mothers. Roberto Quintero takes an ripping conga solo, and Itai Kriss answers with his stunning, virtuosic flute runs. The highlight of this song is the mambo section into the trombone solo, which begins as a 6/8 Afro-Cuban bembe rhythm before suddenly flipping into a hard-driving montuno with Venegas trading blazing trombone licks between fiery chorus vocals.

With “Las Nieves de Brooklyn” Los Hacheros take us back to the parlor sounds of colonial Cuba with a brief danzón, before kicking it up with a salsa tribute to the African roots of this music: “Timbalaye, Yo soy la timba Africana/Ritmo Cubano, sabor africano,” “Timbalaye, I am the African timba/ Cuban rhythm, African flavor.” This track also features an expansive tres solo, with a rich, distorted tone.

The record closes with “Descarga Para Abe,” paying tribute to Israel “Cachao” Lopez’s groundbreaking descarga jam sessions. It kicks off with a duet between trombone and flute before the band drops into a Mozambique rhythm and the tres kicks off a delicious montuno. Itai Kriss blows a beautiful solo and Papote sings out phrases in Afro-Cuban Lucumi mixing in the classic “Salaam Alaikum Salaam” chorus, one of those compelling cases of Afro-Islamic transculturation. At the end, everything comes down to a vocal jam with Venegas’ violin and Quintero’s congas. Also worth noting: Besides the core of the group, David Frankel of Avenida B contributed to the chorus vocals. His group  is NYC's premiere salsa dura group, and we profiled David and Avenida B our podcast "After the Money: Salsa For Love in NYC"

While Los Hacheros clearly expanded on their musical direction since their debut record Pilon, the production on Bambulaye is also an improvement over their first album. This record has a rich, crunchy analog sound that is simultaneously retro and very much in line with the tastes of the present moment. Chulo Records is distributed by Daptone, and, in many ways, Los Hacheros does for classic salsa/son what the Dap Kings do for classic soul: honoring the methods and feel of the traditional styles while modifying and amplifying for the present. This record is a compelling example of the kind of powerful neotraditional Afro-Cuban music New York City is known for.