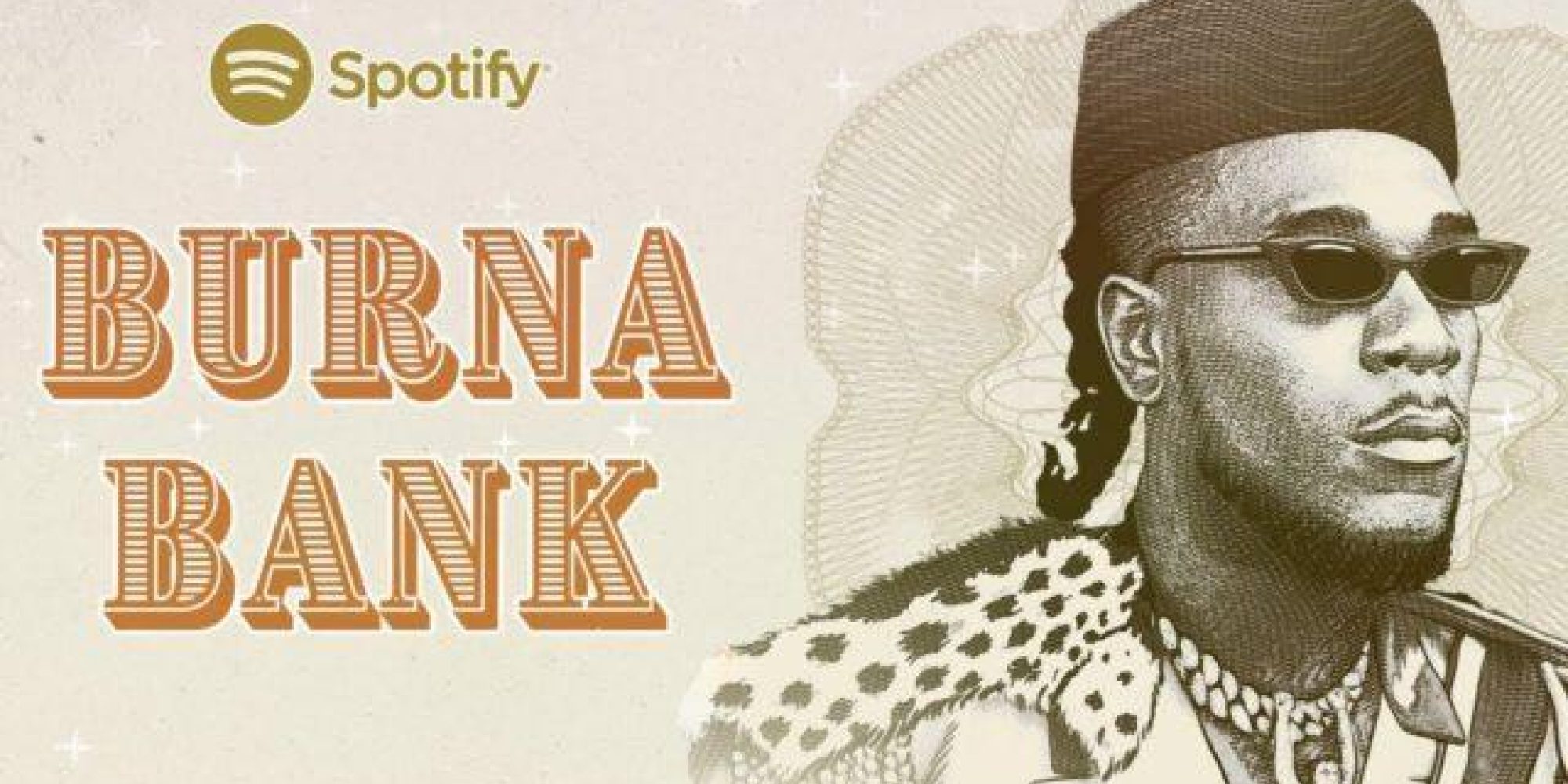 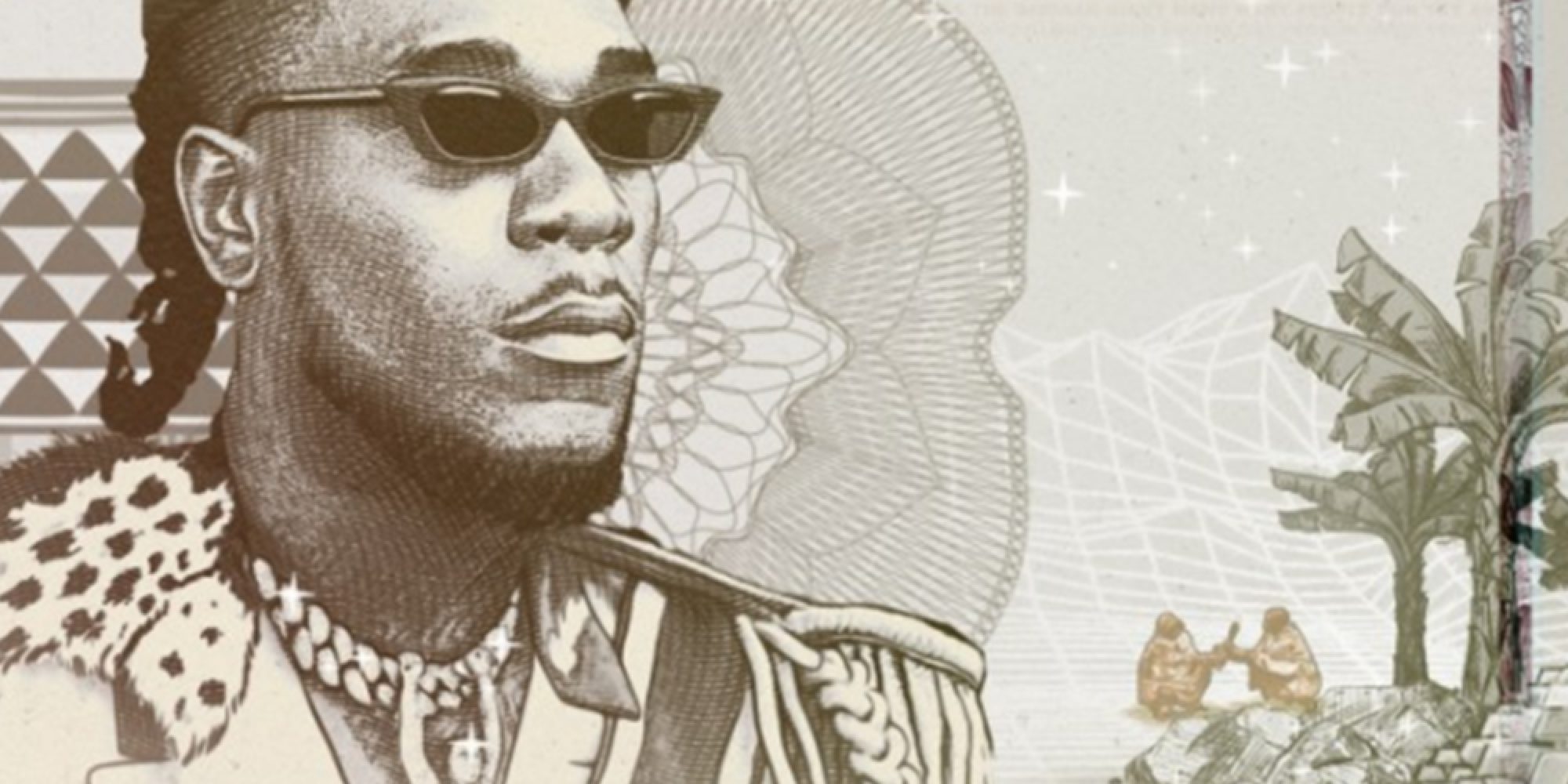 On April 28, 2022, Burna Boy took us all out for “One Night in Space," and made history as the first African artist to headline at New York City’s Madison Square Garden. He sold out the historic popular music venue and had over 81,000 viewers watching the show live on YouTube simultaneously ensuring his legacy and financial stability for his burgeoning 10-year career.

The show opens with an Afro-futuristic projected-video breaking news segment, relaying in real time his out of space landing into Madison Square Garden. The element of suspense and surprise is palpable and his fans, 20,789 strong, are packed tight with every cell phone camera recording the moment of his entrance. Fans start chanting, “Burna, Burna, Burna” and the house lights dim as he lands somewhere in our minds backstage. Cell phone lights look like stars in a firmament, and we are instantly transported to Africa by his sole special guest star, Youssou N’Dour; with a sacred anthem, in a symbolic passing of the baton to the next generation of African djelis and digital griots.

From this beginning we are suddenly rocked into the future with Burna Boy’s band The Outsiders, and Christina Matovu, his outstanding London-based Ugandan backing singer, who is equally funky and fresh. Other bandmates include DJ Spaceshipbilly holding down the audio playback; Otis B rockin' the guitar; first keyboards Michael and second keys Jolaade Aberibigbe; guitar, Gaetan Judd, saxophone tenor Jeremiah; and on trumpet Luis Gonzalez. It is hard to believe that his drummer Emmanuel Laj, would be able to lift his arms the next day, nor saxophonist Folahan Olaniyan after a two-plus hour straight, 47-song set, with no intermission. Through out all this time Burna Boy holds his own on stage, alone for the most part but his aura is big enough to fill every corner of the large venue. It is refreshing not to have the obligatory half-dressed and wigged-out dancing girls that have become so lame and tired in r&b, but instead we get a taste of the agile women taking over the stage with modern Afro dance moves; and his choir, namely Linda Adesanya, Deborah Adefioye, Evelyn Van-Beest, Temilade Kadri, Du-Wayne Hinds and Miyah McEachron, during the only break he takes at 55 minutes into the show.

Along the way he gives us hit after hit, clearly enjoying himself, spontaneous and affectionate: He even takes the time to make use of the props (bras) thrown at him from his fans which is a running joke throughout the show. Generous and a self-professed spiritual guy, he shares the stage with the audience in a rendition of “Happy Birthday” for Obi, his homie and lifts up Nigeria and his home town Port Harcourt with a traditional dundun, “talking” drum line, namely Elijah Bareck, Demilade Adeleye, Jedidiah Boafo, bringing the flavor of his direct African ancestral roots to New York City.

Burna Boy stretches Afro-fusion to the outer limits of our imagination, incorporating every genre in Black music that was ever created. He doesn’t have to cross over to any genre, because as a Nigerian from West Africa, his pan-African sensibilities and constant collaborations mean that he uses every musical reference from the African continent and diaspora, making his unique sound easily accessible to every generation. His form of Afrobeats is thus filled with inflections of reggae, highlife, dancehall, road rap, kwaito, dancehall, jazz, house, hip-hop, rock, soul, blues, calypso, soca, rumba, and many rhythms being reinvented every day from the Black world. That is his global appeal, his brilliant musical arrangements bring us full circle as cultural citizens of Africa. My question is how did a Nigerian named Damini Ogulu—now better known as Burna Boy—get to the top of global entertainment in less than 10 years? His meteoric rise is due to a few key factors that include his own undeniable musical talent; strategic moves made by his mother and manager Bose Ogulu; input from his creative director and sister Nissi Ogulu; the global pandemic; the Internet; and the passing of time from one age into the next.

African and African-inspired music was always in demand but had few distribution methods, and recording was expensive before the Internet. There was only a handful of independent gatekeepers like Afropop Worldwide putting a spotlight on this music, as the mainstream media continued a false narrative about all things African. With the Internet, archives sealed for centuries were suddenly opened and another story of Africa began to emerge and Africans began to rewrite their own histories. Injustice of any kind hasn’t disappeared in Nigeria or anywhere else but somehow Burna has been spared the blatant terror, humiliation, disrespect and intimidation experienced by Fela Kuti from the Nigerian government for his in-your-face political songs. Instead Burna is a gentle African giant, a peaceful warrior who is probably invited by Nigerian politicians to perform at their million-naira family weddings, even though he is political. Somehow Burna can make you raise your fist in a symbol of solidarity against oppression without feeling the pain. Today this symbolism now carries meaning for every race on earth and wherever you are when you watch One Night in Space on YouTube you will catch yourself raising your fist in solidarity with his mission to conquer the world, even if you don’t understand the languages of his songs, the vibe has some sort of redemptive spiritual healing power over you.

In the first week after the One Night in Space show premiered live at Madison Square Garden and streamed on Burna Boy’s own YouTube channel of 2.4 million subscribers, 1.4 million viewers put $6 million into his bank account. This calculation is based on multiple factors like the monthly views, country, subscribers and user engagement. Business Day calculates a $7,276,150 box office ticket sales for the live show at Madison Square Garden, and in the first week of streaming on YouTube, his show was viewed over 67 million times, and millions more times when counting remixes on TikTok dance challenges, Instagram and other social media and music platforms. Burna Boy has uploaded a total of 84 videos which have a combined total of 1.2 billion views with 2.4 million subscribers. This should give you a picture of the future of YouTube and this artist and how this gig is innovating new media platforms.

On his Twitter handle he tweeted: The Journey in NY has been a blessing. PlayStation theatre in 2017, Gramercy theatre in 2018, The Apollo in 2019 and Today 2022 we are in Madison Square Garden. Thank you New York for sticking with me all these years through this great Journey. Love, Damini.

Although he is the first African headliner, Burna Boy is not the first African to perform at Madison Square Garden as U.K.’s Peter Gabriel on his Secret World Tour invited Papa Wemba to open for him on June 24, 1993, but he most certainly will not be the last. Waiting in the wings and just a little younger than him are emerging billionaire musicians from Nigeria who include Davido, WizKid, CKay, taking over global airwaves, reconfiguring the music industry and continuing their cultural hegemony. There is nowhere today where you won’t hear Afrobeats but let’s check in on this story again in a few years.

In the meantime get your drinks, get your smokes, call your friends for a watch party and enjoy One Night in Space, Burna Boy Concert at Madison Square Garden on YouTube for free.