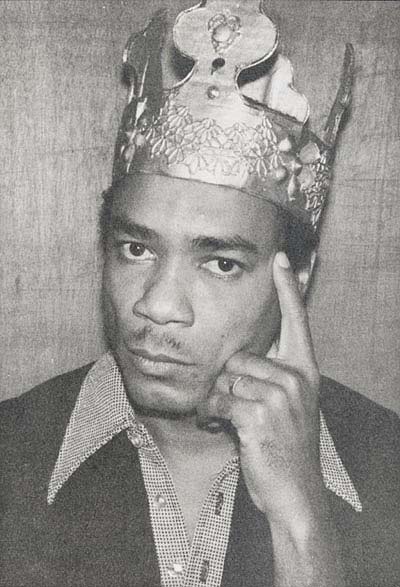 Features May 19, 2010
DUB: A Photo Journey by Wills Glasspiegel with quotes from Lloyd "Bullwackies" Barnes

All quotes by Lloyd "Bullwackies" Barnes Produced by Wills Glasspiegel

King Tubby, the father of dub.

"King Tubby had that touch. He’d force you to listen to stuff that you’d think wasn’t that good."

"This is the North Bronx, original home of Wackie’s music. Downstairs they have Moodies. 225 White Plains Road....This is the fulfillment of the old Wackies situation."

Lee "Scratch" Perry. "Scratch is smart. The real Scratch is a smart Scratch."

Benga, dubstep artist from the UK.

"People used to say, you can't make dub music in America, make it in Jamaica. I said, I don't understand; it's the same electricity, the same frequency, the same as in Jamaica."

Lloyd "Bullwackies" Barnes, the father of dub in the Bronx.

"That was '67, '68, when I first came into the United States. There was not many Jamaicans like today. There was that vibe of people who wanted to hear some good music but I traveled from Jamaica with a suitcase with 45s. . . there are certain records, if you know music in Jamaica, you're not going to leave Jamaica without them."

"We used to circle the place. We used to have boxes set up around the place. At the top we’d tie them up in the air.  It was a different thing."

"So even in the digital world, if you program a dub mix, it’s not the same because you lose that feel, that hands on, to be able to do this track, or just push this, you know? So you’ve got to develop that – It can be done with this equipment but you’ve got to create that art performance for the transition from analog to digital."