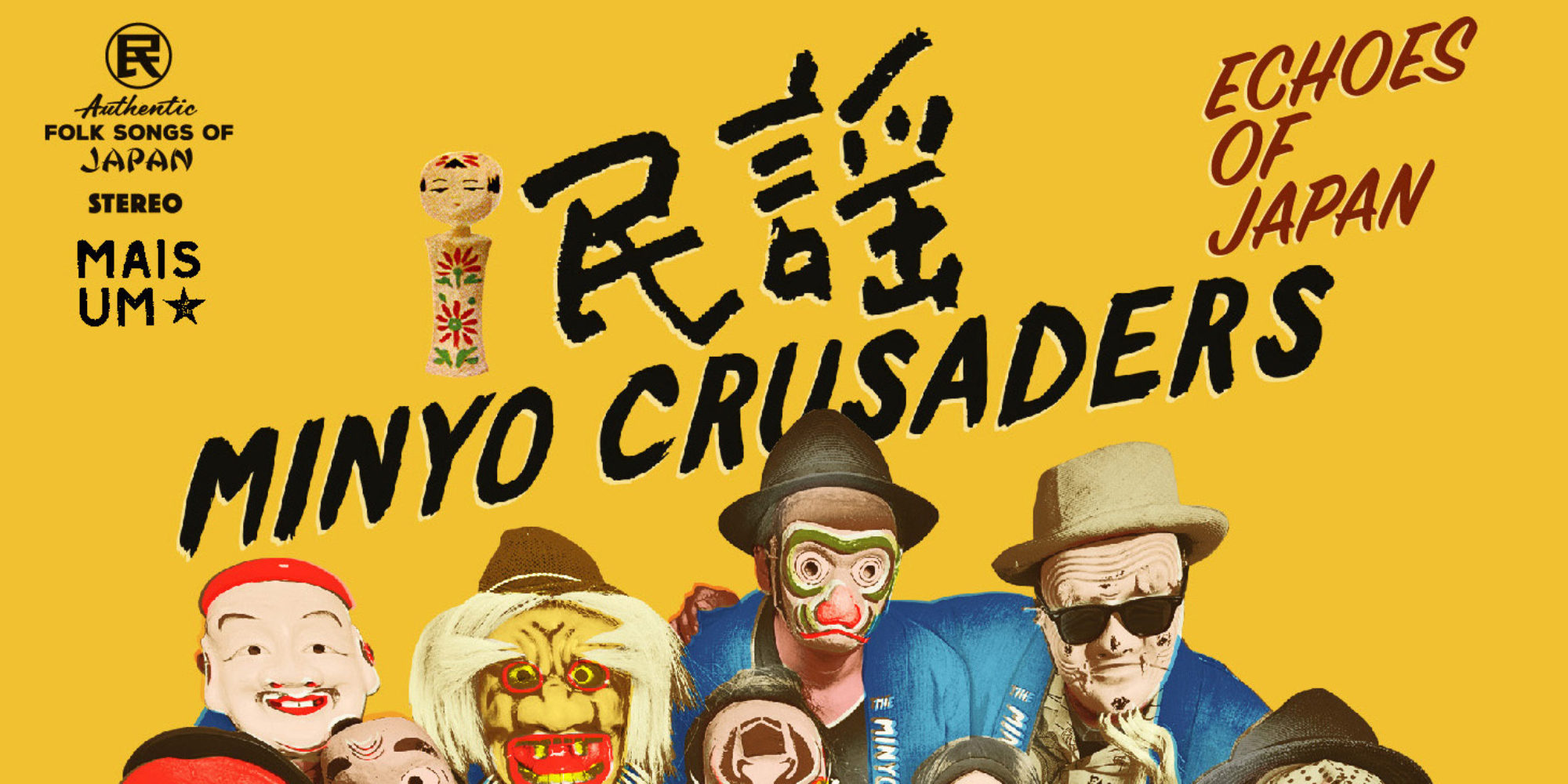 This astonishing debut delves into a little-known folk music from Japan: min'yō. Traditionally, min'yō songs are sung by the likes of fishermen, sumo wrestlers and coal miners, and deal with lofty subjects such as praising ancestors, as well as more earthly ones such as drinking. The vocal style is distinctive for its swoops and soarings and its striking rhythms, reinforced by taiko drums. But here, under the direction of founder Katsumi Tanaka, Minyo Crusaders recast these venerable songs in a bold mashup of cumbia, mambo, reggae, Afrobeat and electronic music. Tanaka was inspired to look inward after the devastating Tohoku earthquake of 2011. He subsequently decided to delve into min'yō, and reimagine the genre as dance-oriented, globally savvy pop. He says, “We [Japanese people] may not feel [min'yō] in our daily, urban lives, yet the melodies, the style of singing and the rhythm of the taiko drums are engrained in our DNA,” adding, “the Crusaders are on a mission to bring ‘highbrow’ min'yō back to its ‘lowlife’ roots."

Don’t be thrown by the high concept: Minyo Crusaders have made a delightful album that communicates volumes with no need for translation. “Kushimoto Bushi” sets the mood with swampy, brassy cumbia. There’s a theatrical quality to all the arrangements here. The instruments blare, then step aside for vocalist Freddie Tsukamoto, who commands center stage with a forceful, crystal-clear alto voice in what seems like perfect Japanese enunciation. I’m reminded of Dengue Fever, an L.A. band that has wonderfully reworked Cambodian songs, also featuring an arresting female vocalist.

The magic continues with “Hohai Bushi,” in which a warbling synth siren foreshadows Tsukmoto oscillating vocal to come: “Wooo Hi! Wooo Hi! Wooo Hi!” The song celebrates the returning spirits of ancestors. The groove is Afrobeat, slow and slinky, and the track winds up with playful vocal and brass interplay. “Otemoyan” swerves playfully into reggae, with organic and electronic sounds conversing comfortably, and there is a tough sweetness in female vocalist Meg’s voice, as she evokes a bride’s undying love for her husband’s pockmarked face. From there, the stylistic surprises come fast and furious. “Mamurogawa Ondo” is percussion-driven Latin mambo, Tsukamoto's vocal offsetting the groove with a hymn-like, foursquare melody. “Yasugi Bushi” is a slow waltz with Meg’s pure, bird-like crooning backed by music that might have come from a romantic, jazz-inspired Egyptian film soundtrack: bongos, electric guitar, vibes and shimmering saxophone. “Aizubandaisan” cruises into a fast salsa groove, before ploughing into a cumbia rendition of “Caravan.”

On the final track, “Sumo Jinku,” Tsukamoto sings alone, a proper min'yō ending with spoken words. Just lovely. This unforgettable album grows deeper with each listen. The vocals seize our attention with each entry, but the instrumental details that hover in the background are equally alluring on a second pass. I don’t offer such praise easily about hybrid-genre groove music. That’s because little of it manages this album’s combination of ease and density of ideas. And it’s hard to imagine a more satisfying invitation into the mysterious world of min'yō.