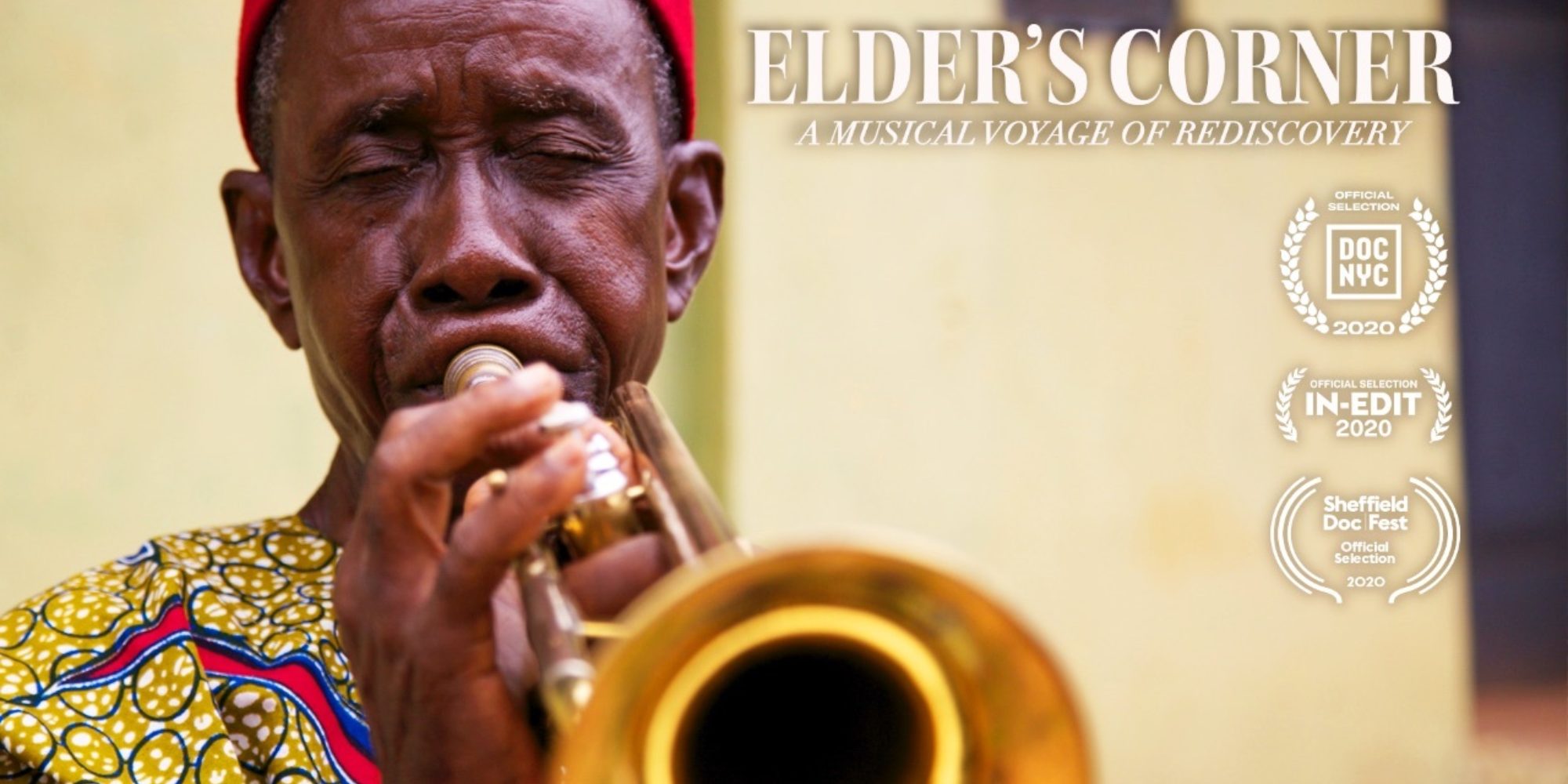 Here’s something pitched right at Afropoppers: a feature-length documentary about the icons of Nigerian Afrobeat and juju music, covering Nigeria’s socio-political evolution from the colonial ‘50s, through the independence movement of the ‘60s. The title is Elder’s Corner, and it will be streaming as part of DOC NYC, from Nov. 11 through Nov. 19.

See if this trailer doesn’t entice you:

Talk about a lineup! I thought some of these artists had left the musical world behind (I mean, they haven’t answered my calls yet), but Chief Ebenezer Obey? Victor Uwaifo? Victor Olaiya? The Lijadu Sisters?! They’re just a few of the vital artists on the cast list.

Keen-eared Afropop listeners might recognize the filmmaker Siji Awoyinka from his brief guest stint hosting our program. Born to Nigerian parents in London, this is Awoyinka’s feature-length debut. He told us he’s excited to be a part of DOC NYC, even if it is forced to be a digital festival and he’d rather “mingle and rub shoulders with you all in person, but alas” the pandemic persists.

Aside from really excellent music, which is always welcome, Elder’s Corner arrives just in time to grant valuable perspective from one tumultuous political era in the past to the one unfolding today. Nigeria’s largest city, Lagos, is currently under lockdown after protests against police violence were answered with security forces firing on citizens despite president Muhammadu Buhari’s appeals for “understanding and calm.”

Tickets are available on DOC NYC's website, but are restricted to American audiences for this run. More information on the documentary is available via its website.

Afropop Classic January 25, 2018
Afropop at 30: Live in the '90s
As Afropop turns 30, we take a stroll down memory lane to enjoy some of the extraordinary live recordings we brought to the public radio community in the 1990s including Thione Seck in Dakar, Gerardo Nunez in New York, Abdel Aziz el Mubarak in London, Lobi Traore in Bamako, a carnival comparsa in Cuba and David Rudder in New York. Co-hosted by Georges Collinet, Siji Awoyinka, and Sean Barlow.