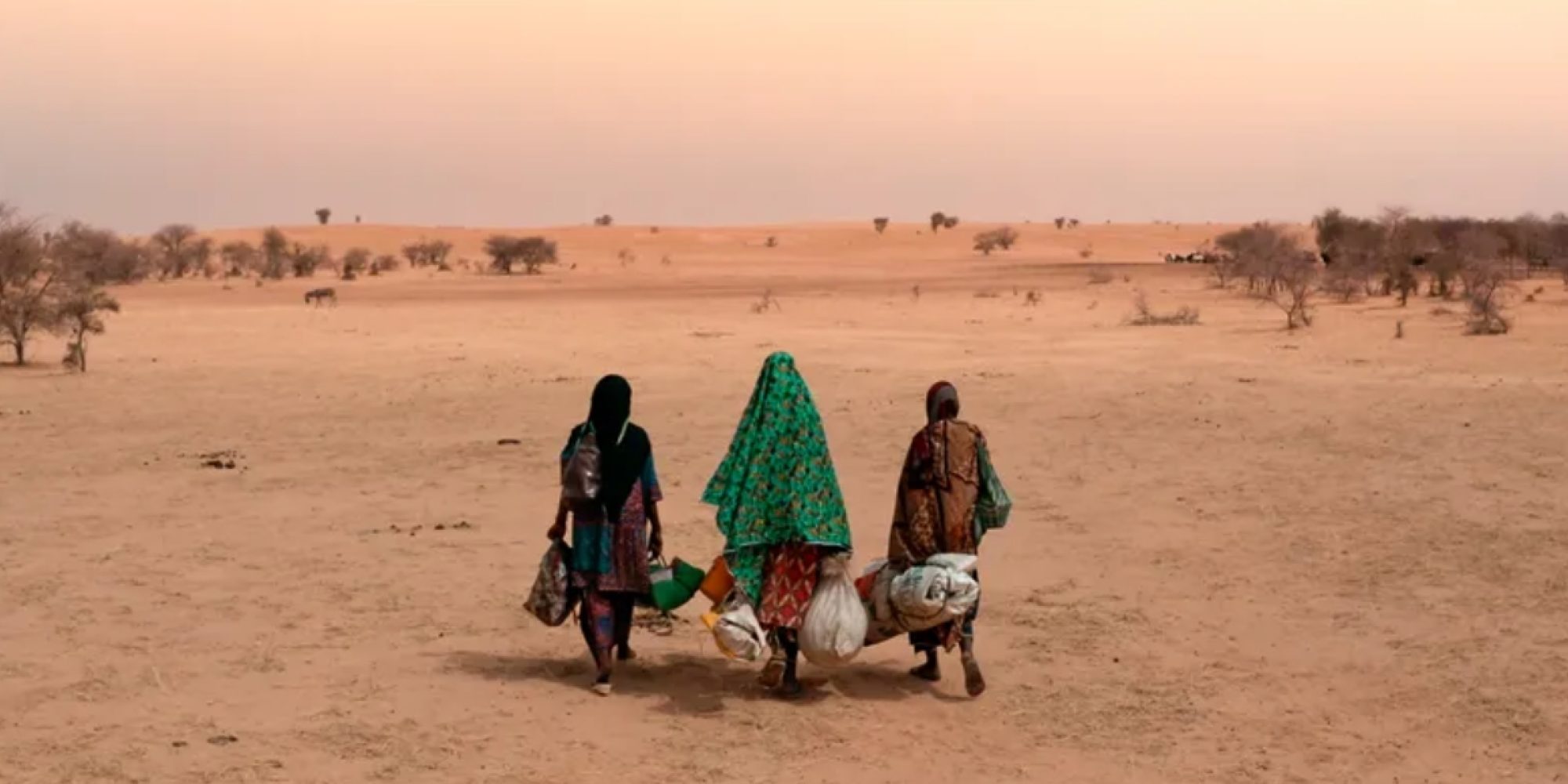 “I am familiar with the dynamic of the communities and the people trusted me from day one and invited me to be part of the village, which is a blessing.”--Aïssa Maïga, 2022

In our effort at Afropop Worldwide to illustrate the creativity and stories coming out of Black worlds, the 29th New York African Film Festival is a great place to get a deeper understanding and context of the African experience. Under the banner Visions of Freedom, tuning into diverse and interconnected notions of freedom pertinent to Africa, the diaspora, and the world at large, this year’s festival presents a program that recalls activisms past and ushers in new anthems of the future to embrace a united front for liberation and expression. I was fortunate to watch a new film from the cohort of directors emerging from the massive social changes occurring, to catch up with the talent-to-watch Senegalese/French Aïssa Maïga, who presented her stunning documentary feature titled Marcher Sur l’Eau, [Above Water] (2021) on Sat., May 14, 2022 at the New York African Film Festival.

Before I watched Above Water, I knew the work of Aïssa Maïga and saw that she has had a very productive career, but during Covid lockdown she went into overdrive, combining her passions and genuine advocacy for social transformation with movie making. While filming a TV series in hiatus due to the pandemic, she released two back-to-back feature documentaries in 2021, Marcher Sur l’Eau and Regard Noir (Black Gaze), which she co-directed with Isabelle Simeoni. Regard Noir, her film in which she travels from Paris to Los Angeles, and Rio, puts a spotlight on Black women, how they are represented on screen and how diversity is promoted. These two films are an organic development for this budding director who has 78 credits as an actor, three as a director, two as a producer and one as a writer; and given the timing of the climate debate and the discrediting of racism and sexism in the industry, it appears as though she has arrived on the scene right on time. Maïga's performances as an actress include playing the role of Anna Zantoko in a bittersweet comedy called African Doctor (2016), about a Congolese doctor and his family moving to a rural French village in the ’70s; and as Alise in Michel Gondry’s cinematic feast Mood Indigo (2013). Her independent Hollywood turn came starring in the highly acclaimed directorial debut of Chiwetel Ejiofor, The Boy Who Harnessed the Wind (2019), where she plays Agnes Kamkwamba, a role she performed entirely in ChiChewa/Nyanja, a language spoken across the colonial borders of Malawi, Zambia, Zimbabwe and Mozambique. She is now a household name as the character Salkmata Aloka in He Even Has Your Eyes (2016), which is now a television series in the Francophone world. Maïga's filmmaking has come at a time when the world is ready to embrace new voices in our current existential crises and this daunting task found the right director to share a remarkable story about climate change.

Based on real life events, Above Water was initiated by Guy Lagache and eventually penned as a documentary by Maïga and Ariane Kirtley, founder and executive director of Amman Imman: Water is Life, an organization based in Mali bringing sustainable sources of water in the form of deep borehole wells serving tens of thousands of people and animals. The meeting of these two feminine forces created a film in which action, characters, location and technology are unified and seamless, as they document the intimate details and consequences of climate change on the constituents that Ariane Kirtley serves and who are tied culturally to Aïssa Maïga.

Above Water is the story of the protagonist, 14 year-old Houlaye who lives in the extended pastoralist community of Wodaabe Peuhl of Tatiste, on the Asawagh Basin in northern Niger. Her extended family lives at a crossroads to survive, where they walk kilometers each day to fetch water from dying wells. At a village meeting, a traditional democratic governance system still alive all over Africa, elsewhere called Mbongi Baraza, a place of perpetual and mutual communication according to African scholar Fu-Kau Bunseki, her aunt, the young matriarch of the community presents a solution to the water crisis. In rural areas all over Africa residents still collectively discuss issues that affect the community, and solutions are sought from all members of the society, resulting in a community that trusts and respects its women and children to take the initiative on any issue. In this story, since the adults must leave the community to become wage laborers, as they can no longer survive on the land due to drought, leaving the young Houlaye (played by herself) to look after the children for an indefinite period and this is where the story begins. Frame after frame, shot masterfully by cinematographer Rousslan Dion, is complemented note for note by the subtle and eclectic musical score of 28 year-old Uèle Lamore, a Franco-American Central African composer, producer, and conductor to watch. Together they take us on an emotional journey up close that speaks to our own relationship with water and life. The Above Water soundtrack was released on Nov. 8, 2021 and the song of F. K. Frimpong and his Cuban Fiestas, "Hwehwe Mu Na Yi Wo Mpena," is peppered through the film's climax and Fatamoutou Diawara’s joyful song "Sowa" ends the film.

Aïssa Maïga inserts her own cultural memories of her Sonai, Songhay and Koboro Senni Mali roots in non-verbal ways and perhaps her activism is influenced by her own father, famed Mali journalist Mohamed Maiga, whose affiliation with Thomas Sankara contributed to his mysterious death in Ouagadougou in 1984 when Aissa was nine years old. It is no wonder then that the resulting documentary goes beyond the cliches of African deficits of poverty and lack, and shares instead a subtle and intimate coming of age story that speaks of responsibility in abandonment and gratitude in suffering, among many other human complexities and blurs the lines between documentary and narrative feature. Nothing was constructed in this story—not the characters, location and other elements that all increase the production value because all are true representations of themselves. In this way Maïga was a midwife facilitating a more honest kind of rebirth in African filmmaking following a global pandemic. Above Water is an unsentimental African film that allows the owners of the stories to take center stage on their own terms and share their world views, unfiltered through western or colonized gaze.

Thank you for sharing, Aïssa. 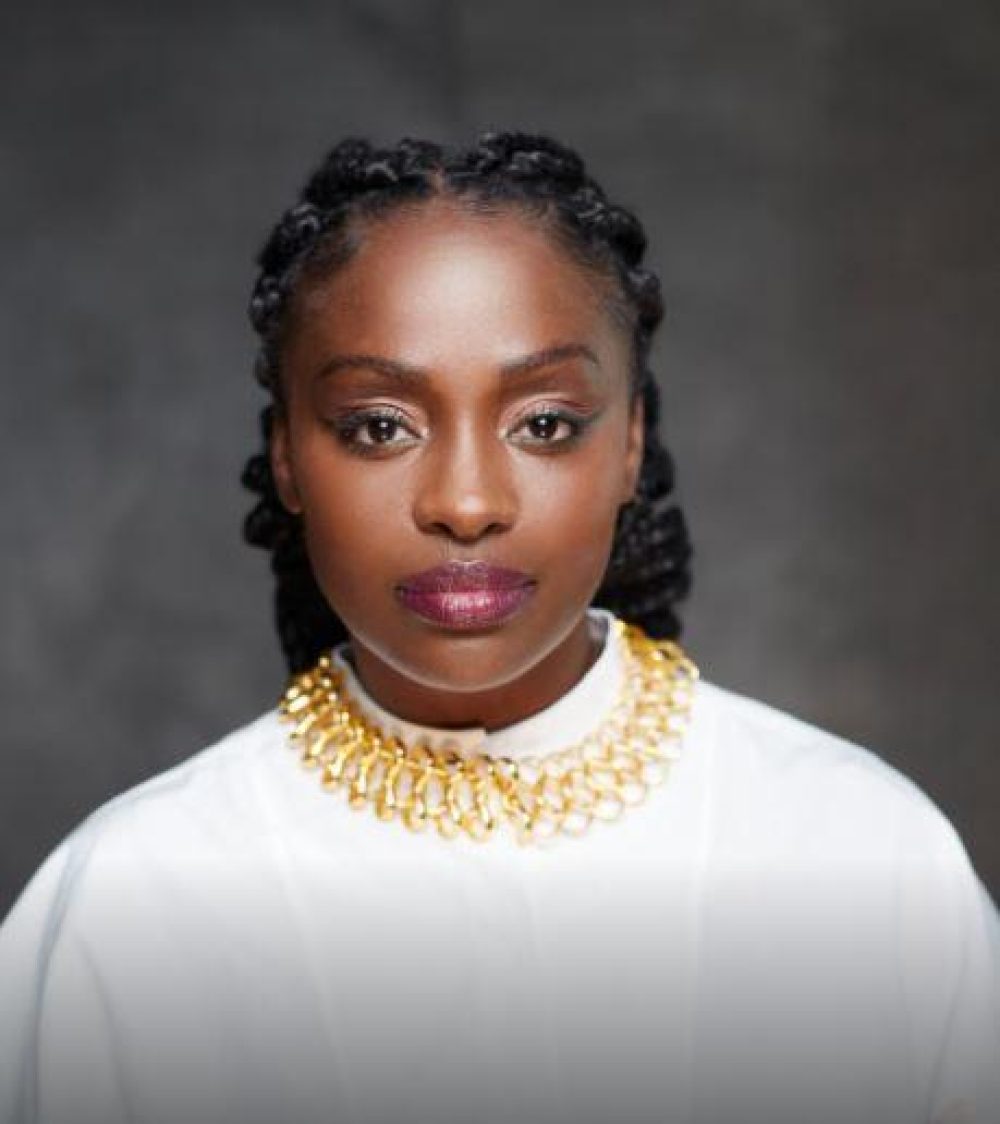 Afropop Classic July 13, 2011
Fula in the House
Fluttering bluesy flutes, keening vocal melodies and bubbling percussion rhythms are some of the strong elements in Fulani music, but their sounds are as varied as the landscapes where the Fulbhe have made their homes.