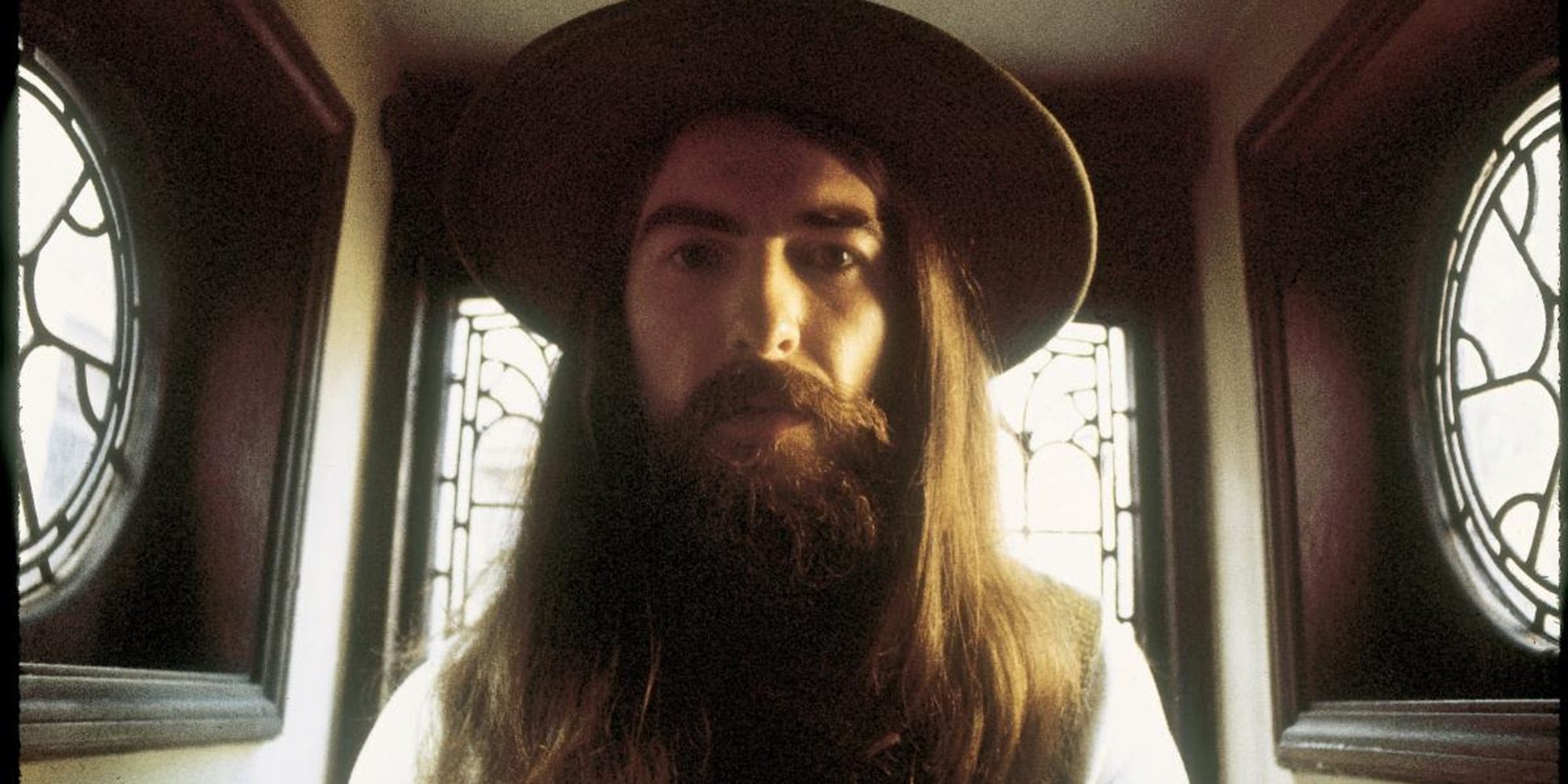 We love to note 50th anniversaries, and when it comes to pop music, those anniversaries are hitting into rich territory for me. In 1971, I was 15, devoted to Top-40 radio, a devoted Beatles fan, with only the faintest idea about music from Africa or the Caribbean. The breakup of the Beatles had been traumatic, though in retrospect, not so tragic, since there was still so much to come from the principle songwriters. Out of it all, though, the one post-Beatles album that has truly stood the test of time for me is George Harrison’s All Things Must Pass. The three-vinyl disc format made a big impression in 1971, and those long guitar jams on disc three were tasty and wild. But the reason this album has long lived in my extensive Winter Music playlist, is the luminous songwriting. Harrison’s creative juices had been boiling over in a pressure cooker, never able to fully bloom in the competitive arena of Beatles albums. Here, on these six sides, it all flowed out with passion and brilliance, a geyser of songwriting gold.

These days for me, listening to music I loved all those years ago is something of a luxury. There is always too much new to absorb, and a steady stream of projects that require focused listening. Holidays provide the best opportunity to indulge in purely musical nostalgia. Not everything holds up. Those winter and summer lists are constantly being curated, new joys added, stale memories discarded. But All Things Must Pass has been a rock, maintaining the power to awaken potent memories of urban Canadian winters in the heyday of my rock ’n’ roll youth. The songs are a wistful mix of down-home folksiness, burgeoning spirituality and wall-of-sound guitar ecstasy. I bought the 30th anniversary CD edition as soon as it appeared, near the dawn of the mp3 digital music era and into the iPod it went to stay.

Now comes the 50th anniversary box set, six discs and a 50-plus-page booklet full of images, notes and remembrances. The original album gets a robust remix on the first two discs. Disc five features full-band alternate takes and more tasty jams. Disc six is a Blu-ray version of the remixed album. But the real treasure is found on discs three and four, 30 spare demos of the songs George recorded over two days in May, 1970, with just Ringo Star on drums and Klaus Voormann on bass. It’s enough backing to fully etch the ideas, and enough of Harrison in the raw to take you straight to the heart of each song’s awakening. There are a few here that never made the album—fascinating, of course. But what stops me in my tracks are the songs I know well, laid bare, Harrison’s unvarnished voice still toying with melodic possibilities and expressive details. Then there’s his mostly acoustic guitar playing, as he deftly picks out riffs that would roar to life in production. Harrison bares his soul in these demos. They let you feel the man’s soul in a way no other recordings do. They alone are worth the price of admission.

I have favorites, of course: “Beware of Darkness,” “Let it Roll,” “Apple Scruffs,” “The Art of Dying.” It’s a bit of a paradox that I embraced the religiosity in many of these songs at a point when my skepticism about religion was running rampant in my 15-year-old mind. It’s not just that I gave overtly spiritual lyrics a pass because the songs were so beautiful, and Eastern religion was somehow alluringly mysterious in 1971, and hey, it was George! But there was more. These songs touched my spirit and aroused something in me I didn’t really understand but couldn’t turn away from. None more so than “All Things Must Pass.”

In 2012, at Thanksgiving, my sweet, 13-year-old dog had to be put down during a family visit to Washington D.C. She’d been having seizures and there was nothing to do but say goodbye. I left her at the Friendship Heights veterinary clinic and slumped into my car on that cold dark night, feeling bitterly alone. The Winter Music playlist was spinning randomly on my iPod and as I turned on the ignition, there it was: “A sunrise doesn’t last all morning. A cloudburst doesn’t last all day… All things must pass.” Lao Tzu’s wisdom turned rock classic, and Harrison whispering to me from the beyond. Nothing to do now but weep.

The making of this album has to have been a wonderful time in Harrison’s life. He’s liberated, joyful, reflective, surrounded by friends and musical soulmates—Dylan, Clapton, Voormann, Ringo, Billy Preston, Dave Mason, Ginger Baker… Phil Spector turned aside from the Plastic Ono Band to help produce. The songs themselves deal with plenty of doubt and darkness, but they’re songs of transcendence, built to last. I’m not sure what will be left to reveal in a 75th anniversary commemoration, but I’m pretty sure of this: All Things Must Pass will endure. It’s just that good. 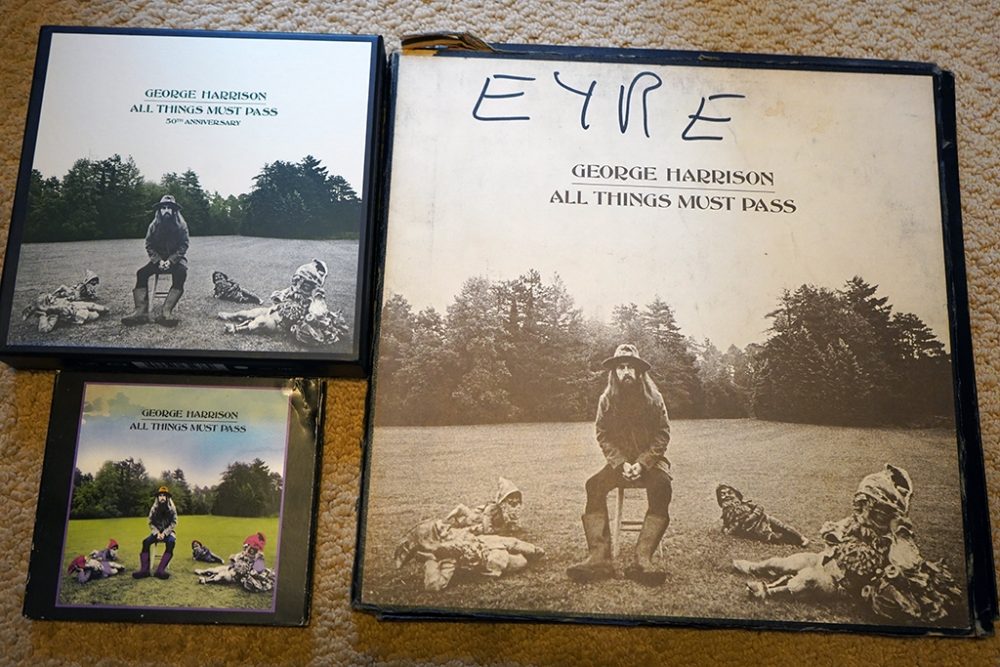