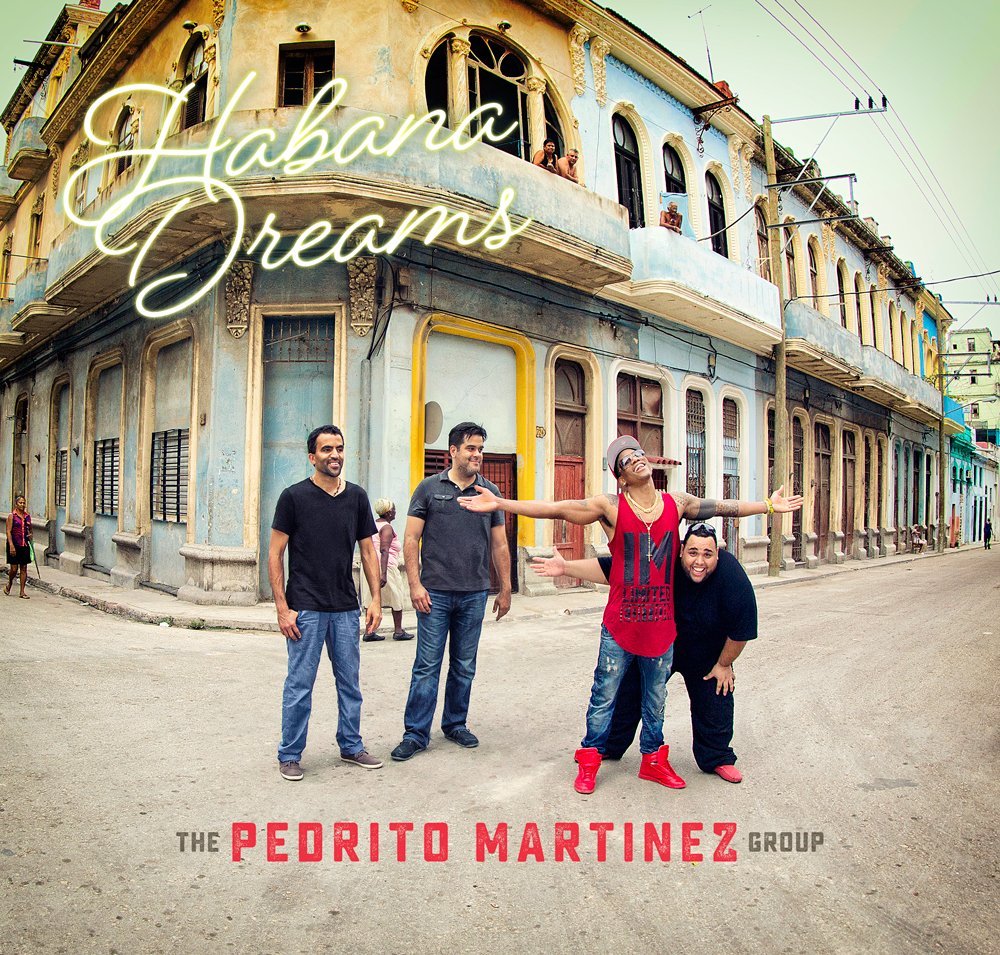 When jazz royalty Wynton Marsalis needed Cuban percussion in 2014, he turned to Pedrito Martinez, and on the Pedrito Martinez Group's latest album, the favor is returned. Habana Dreams, released June 10 on Motema Music, features stirring guest spots from Marsalis and his trumpet, but the project remains a percussion-driven affair, produced with bell-like clarity. A practitioner of Santeria, Martinez's latest record is not just great Cuban music, but it is proudly Afro-Cuban—timba with a pronounced Yoruba identity, seasoned with touches of hip-hop and jazz.

Martinez had already been an established figure in Cuba, before relocating at age 25 and finding himself in demand as a percussionist and vocalist in New York. A residency at the restaurant Guantanamera brought him and his quartet fans who would turn into collaborators, such as Paul Simon, Eddie Palmieri, Paquito D’Rivera, Bruce Springsteen and Sting.

There's a myth out there of a "sophomore slump" for musicians—you've spent your whole life writing your first album and you've got 10 months to write your second one. The better the first one does, the more pressure there is on the second, and the Pedrito Martinez Group's 2013 debut was nominated for a Grammy. The stakes were high.

Martinez, though, took advantage of his group's rising profile to bring in a stable of collaborators. In addition to Marsalis, there's Ruben Blades, NG La Banda's Issac Delgado, Descemer Bueno, the rapper Telmary Diaz, and Afropop stalwart Angelique Kidjo. As a tribute to the versatility and durability of Cuban music generally and Martinez's abilities as an arranger specifically, all find their place on their tracks pretty seamlessly.

Beyond the context of band-on-the-rise, the geopolitical context also played a part in the new album. Martinez, who has lived in the United States since 1998, was able to return to his old neighborhood in Havana, and got to record with members of his own family in Cuba's famed EGREM studio.

The results are fun--unmistakably modern, but firmly rooted in Cuban roots music, which is to say, the roots reach back a long ways. Cuban music's famous clave beat is inseparable from its Yoruba origins, just like Martinez's compositional style. Nowhere is this laid more bare than on the chanted and drummed track “Encantamiento Yoruba.”

It's evocative music, and, as Martinez told Afropop's Morgan Greenstreet in 2013 , he is comfortable making distinctions between the “religious power” and the “artist power,” one reserved for the orishas and one reserved for the audience, respectively. Martinez and his group wield the latter so capably here that it should come as no surprise when more famous jazz musicians come to ask Martinez to collaborate. It'll be fascinating to hear as they return the favor.