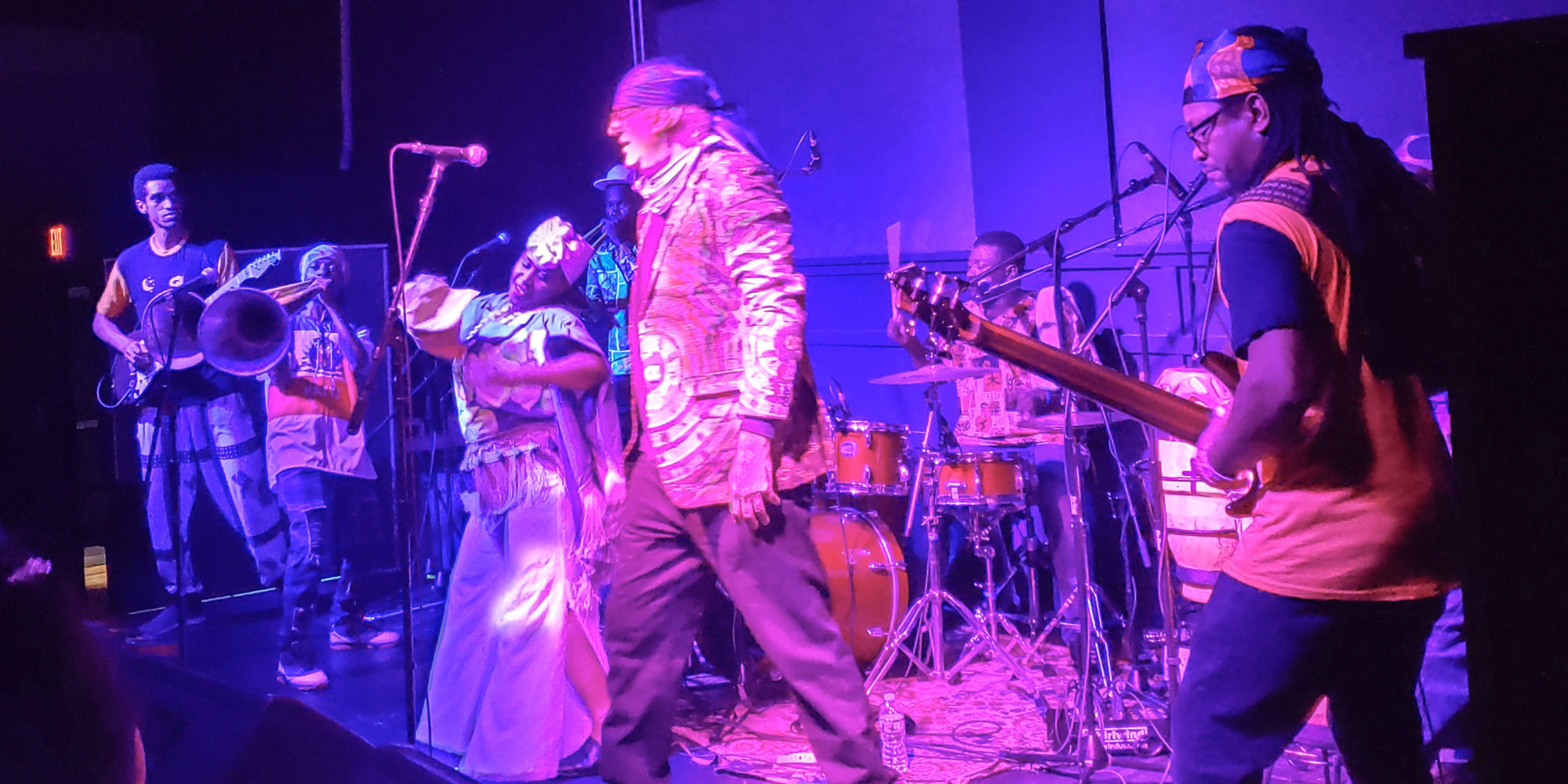 This feature takes a tour of recent videos by Haitian artists featured on the Afropop program From Haiti to the World. Starting with Boukman Eksperyans's 2019 Karnaval video:

In preparing this program, we met Paul Beaubrun, son of Boukman founders Lolo and Mazé Beaubrun. Paul has a maverick career of his own from his base in Washington Heights, New York. Here's a recent video he made with Haitian singer Mikaben.

And here's a live video of Paul on BRIC TV in Brooklyn.

Boukman has been collaborating with younger artists in Haiti. Here's a hit song Lolo Beaubrun recorded with rapper/singer Niska.

There has been a lot of collaboration between Haiti and New Orleans of late--in fact, for centuries.... Arcade Fire's Win Butler and his Haitian-Canadian wife Régine Chassagne now live in New Orleans and are helping to promote the Haitian presence there. Two recent videos showcase the trend. First, here's RAM with a cover of Arcade Fire's "Haiti."

And here's Lakou Mizik with a Haitian reworking of the classic "Iko Iko," with Win Butler and the Preservation Hall Jazz Band on tap! Alas, no visuals on this one:

Moonlight Benjamin is a Haitian singer living in Toulouse, France. Her sound is complex, with references to '70s blues-rock among other things. Here she is live in a Port au Prince studio.

And here's Moonlight's song "Moso Moso," about her conflicted emotions toward her homeland, Haiti.

One of the most exciting and innovative young artists in Haiti today is DJ Michael Brun. Brun's album Lokal will be out later in 2019. It's a rich stew of cross pollinations involving many collaborators. Here's one of his 2018 videos.

The final group in this program is the inimitable Tjovi Ginen out of Boston. Here's a short clip introducing the band. (Note that the Boston concerts promoted here have already happened!)

And here's a song from their new album Zulu Bong. Again, just one image, but the music is sweet!

And we wind up with a few choice images shot by Banning Eyre in preparing this program! 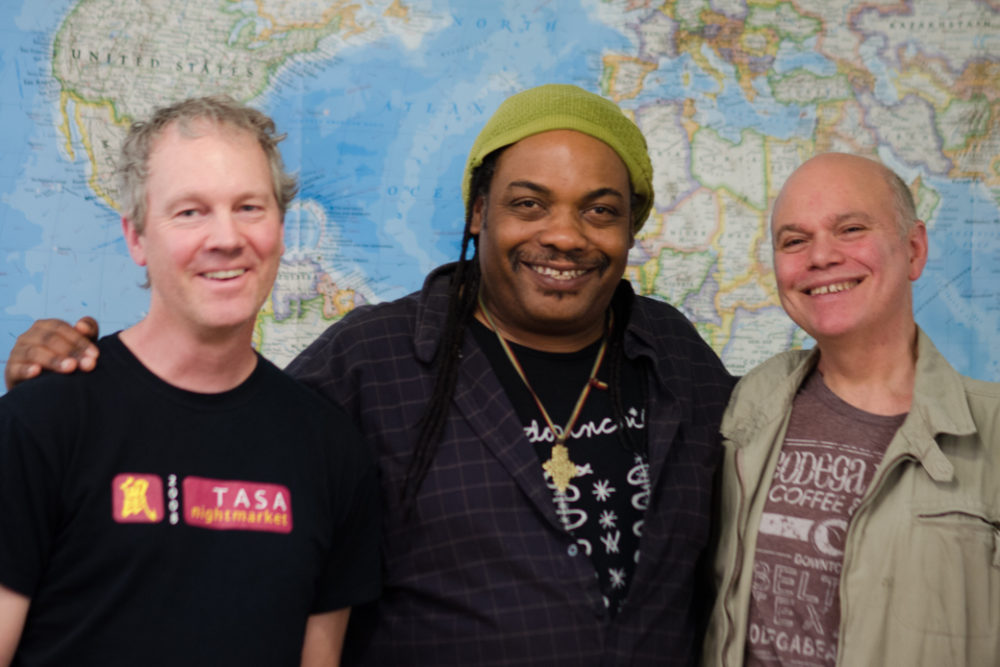 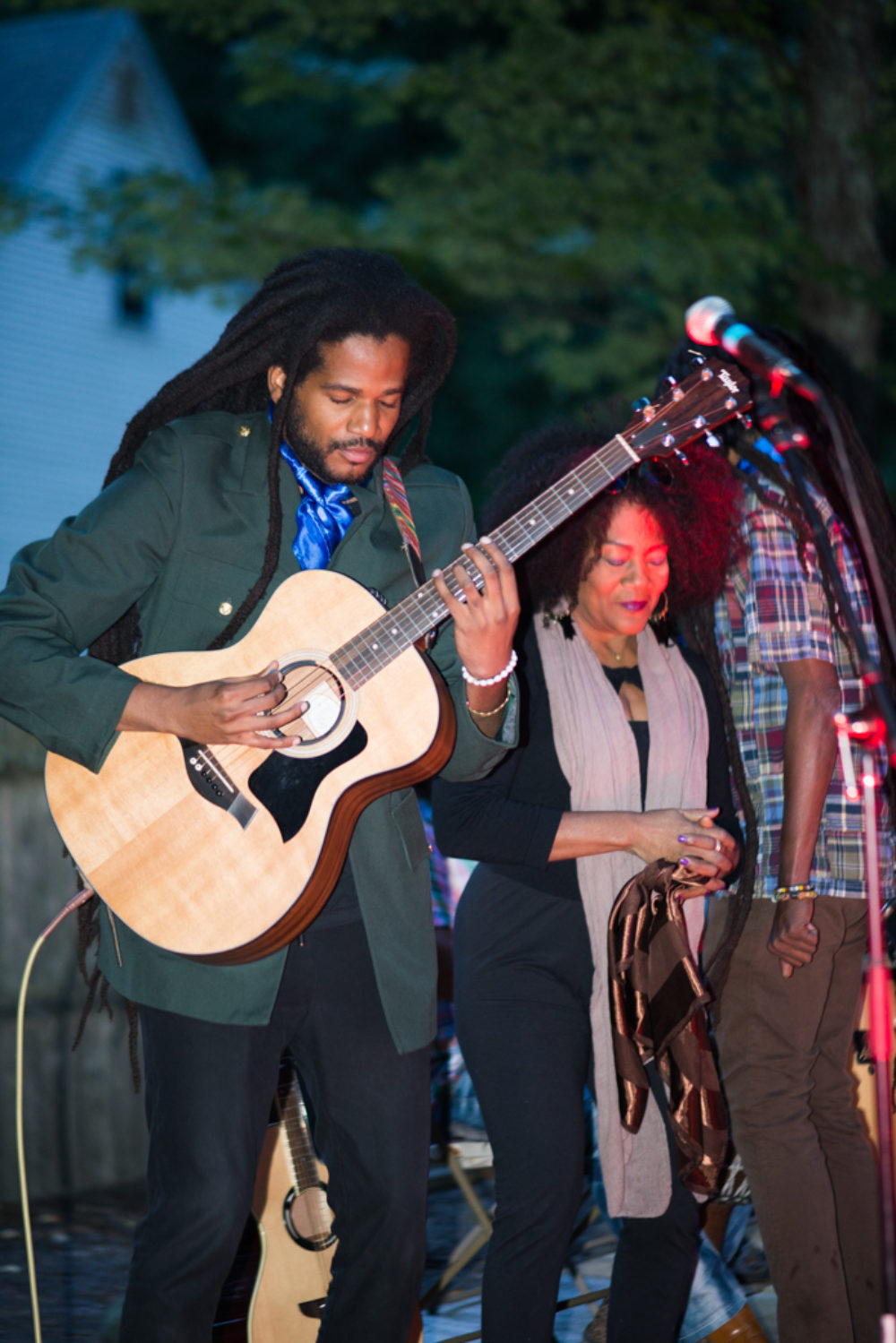 Paul Beaubrun with his mother Mazé in the background. Live in Middletown, CT 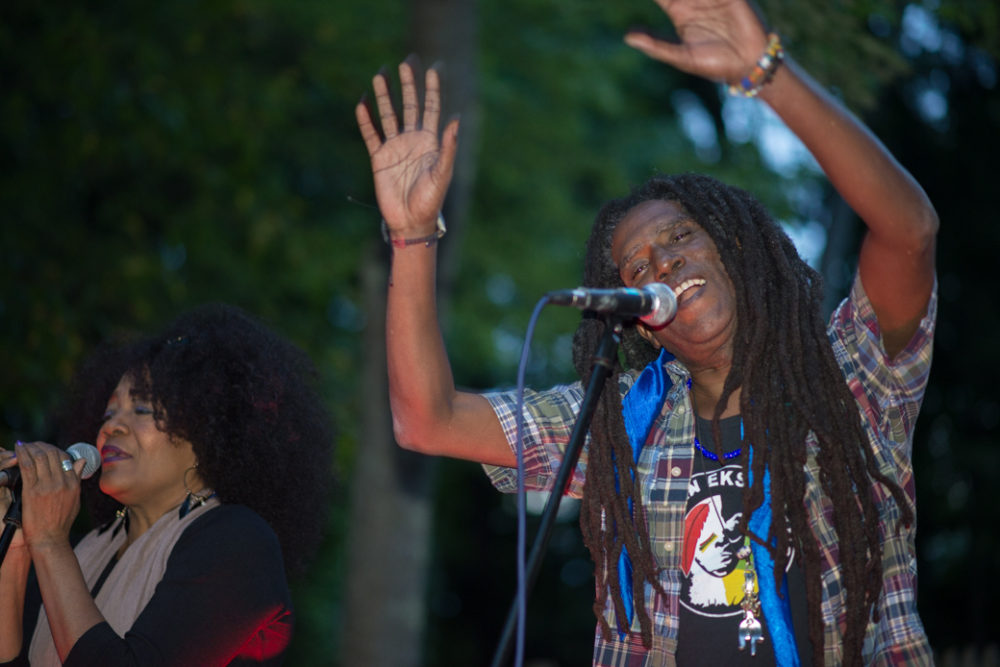 Lolo and Mazé of Boukman, live in Middletown, CT 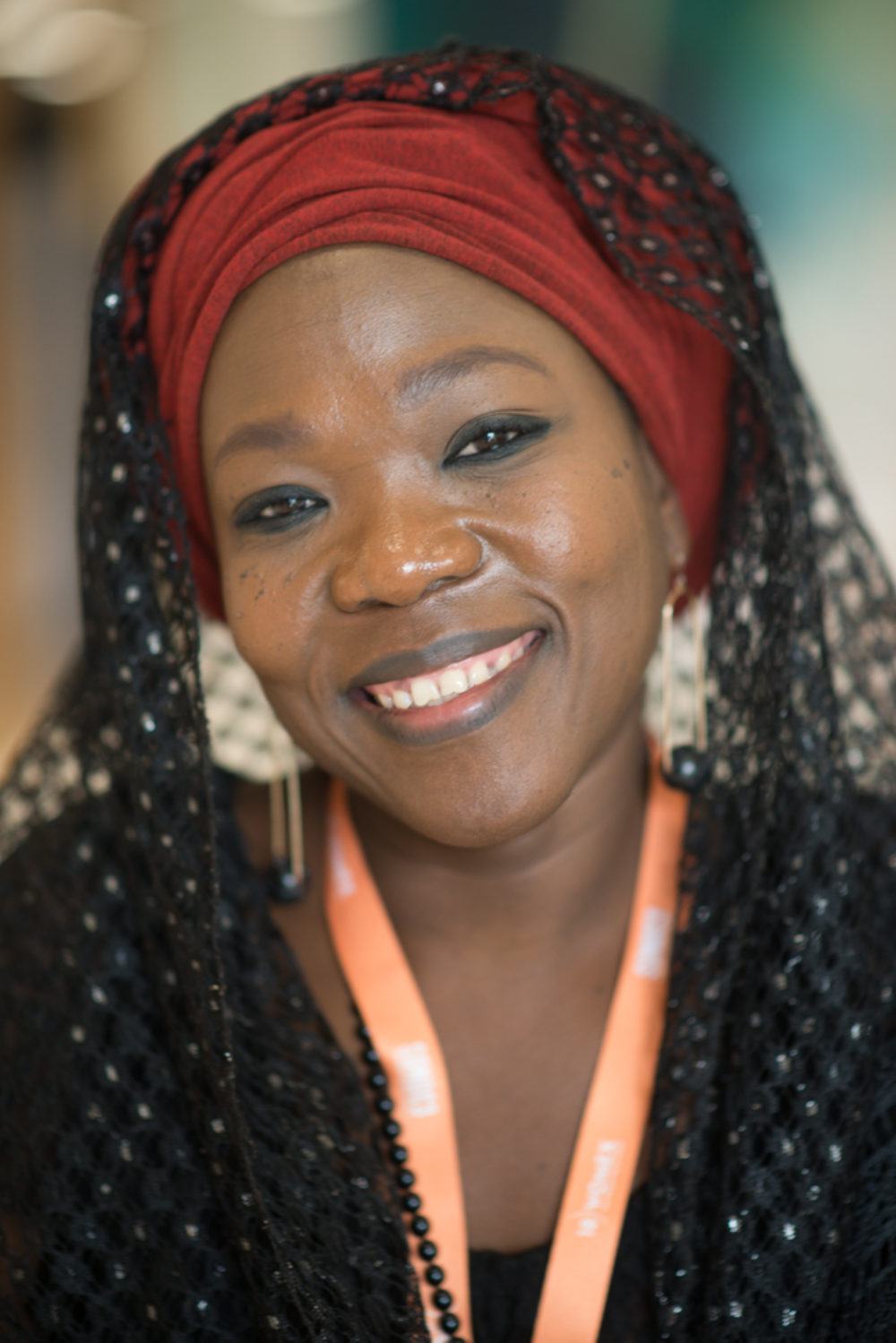 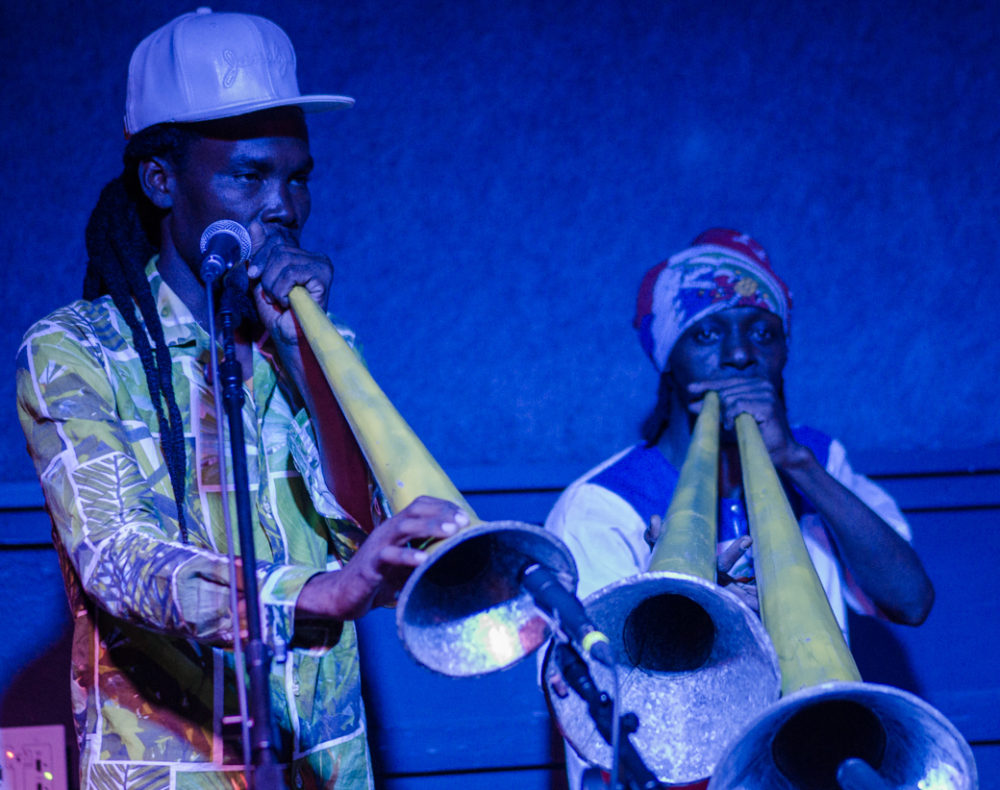