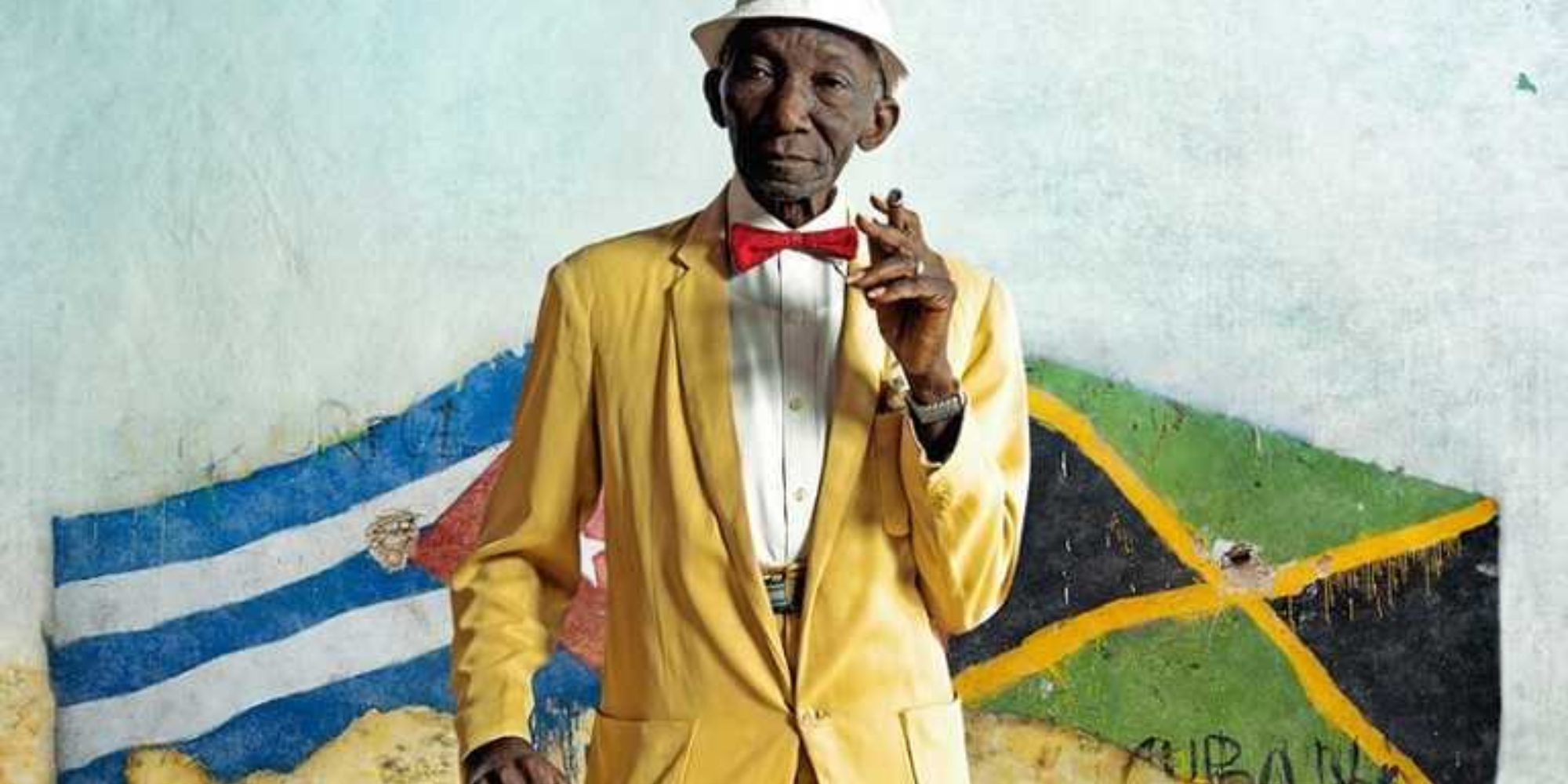 Australian reggae and dancehall producer Jake “Mista” Savona has undertaken something that surprisingly few people have done before (at least on record): that is to explore the commonalities between these two very different musical powerhouses, nestled so close together.

Savona has enlisted some of the best and brightest talent from both islands, including several veteran heavyweights, to fulfill the dream. Drummer Sly Dunbar, bassist Robbie Shakespeare, Leroy Sibbles, Bongo Herman, Winston "Bopee" Bowen and even Ernest Ranglin are among the stars lined up on the Kingston side, while Barbarito Torres, Ronaldo Luna, Julito Padron, Changuito and Gaston Joya are just a few of those representing in the Havana corner. This of course ensures that all the tracks create a solid bedrock for whatever goes on top. And this is where it gets interesting.

Both islands have long musical pedigrees. Cuban music and heritage, with its heady mix of African and Christian regions and deities, the merging of percussion and rhythm-heavy elements from the Motherland with the diverse instrumentation and composition of Europe produced the great world-renowned Latin rhythms like the rhumba, cha-cha-cha, mambo, bolero, son and charanga. Many are based on the ancient sesquialtera rhythm in the 6/8 plus 3/4 meter that powers much of Cuban music. Jazz elements from the U.S. also added tinder to the flame. Luckily this stayed as a vital ingredient, even after communications with America were shut down after Castro came to power in 1959. Cuba has fermented the mix pretty much on its own till now.

Jamaica never had a political or trade embargo from the U.S., and from the late '50s the r&b sounds of New Orleans infiltrated the more prevalent, gentle mento rhythms and pan-Caribbean sounds prevalent at the time, and ska emerged. The beat was a stripped-down version of Dave Bartholomew’s big band and Cosimo Matassa’s studio output, setting the sound of Jamaica on a more straight ahead and soul-like path into rocksteady and reggae.

The players on  Havana Meets Kingston understand these lineages and cross references, and with many classic songs mixing with new ones from both sides we have a 360 degree experiment under way.

With Jake Savona at the helm, the balance is understandably a little reggae-centric, but the approach is far from monolithic. The opening choice is the deliriously beautiful Compay Segundo composition “Chan Chan,” whose minor key sequence can make the most jaded heart buckle. You may remember it from the Buena Vista Social Club recordings and indeed this album, like that of BVSC, was recorded at Egrem studio in Havana. Sly and Robbie’s reggae underpinnings are counterpointed deliciously by Changuito’s timbale and the laud of Barbarito Torres as well as the tres work of Clementine Hechavaria and Pepe Ordaz. The unmistakably Cuban vocal harmonies and phrasing makes for a perfect overall blend. The top-flight musicianship is continued in a later short instrumental interlude featuring trumpeter Julito Padron.

Next up is the first single, “Carnival,” where the reggae rhythm section steps up more forcefully behind some ragga stylee vocals from Frank Solis and Randy Valentine but again that Cuban phrasing and tonality as well as Rolando Luna’s piano lines chasing the vocals keeps the geographical location in limbo.

Luna puts in an off-the-chart piano solo on the classic “El Cuarto de Tula” behind vocals from Maikel Ante, El Medico and Turbulence. Interestingly Sly’s drumming here is counterpointed by the acoustic bass of Gaston Joya giving another, more woody cadence to the proceedings.

Original straight-ahead reggae tracks like “100 Pounds of Collie” bring in singers Cornell Campbell, Leroy Sibbles, Prince Alla, the Jewels, Cali P, Lutan Fyah and Exile the Brave with the piano lines of Savona reminding us of the fusion concept at hand.

Space does not permit a full examination of every track but suffice to say the back and forth between all involved and the superb arrangements make for fascinating listening. You can really dig down deep into the music and pick up on some gorgeous and inspired trading off among the band members. “Candela,” “Row Fisherman Row,” and “Vibracion Positive” (narrowly avoiding copyright problems), among others, present a nuanced and multifaceted body of work. The musical standard is never short of exemplary and Havana Meets Kingston should be of inspiration to anyone interested in the past, present and future potential of such collaborations.