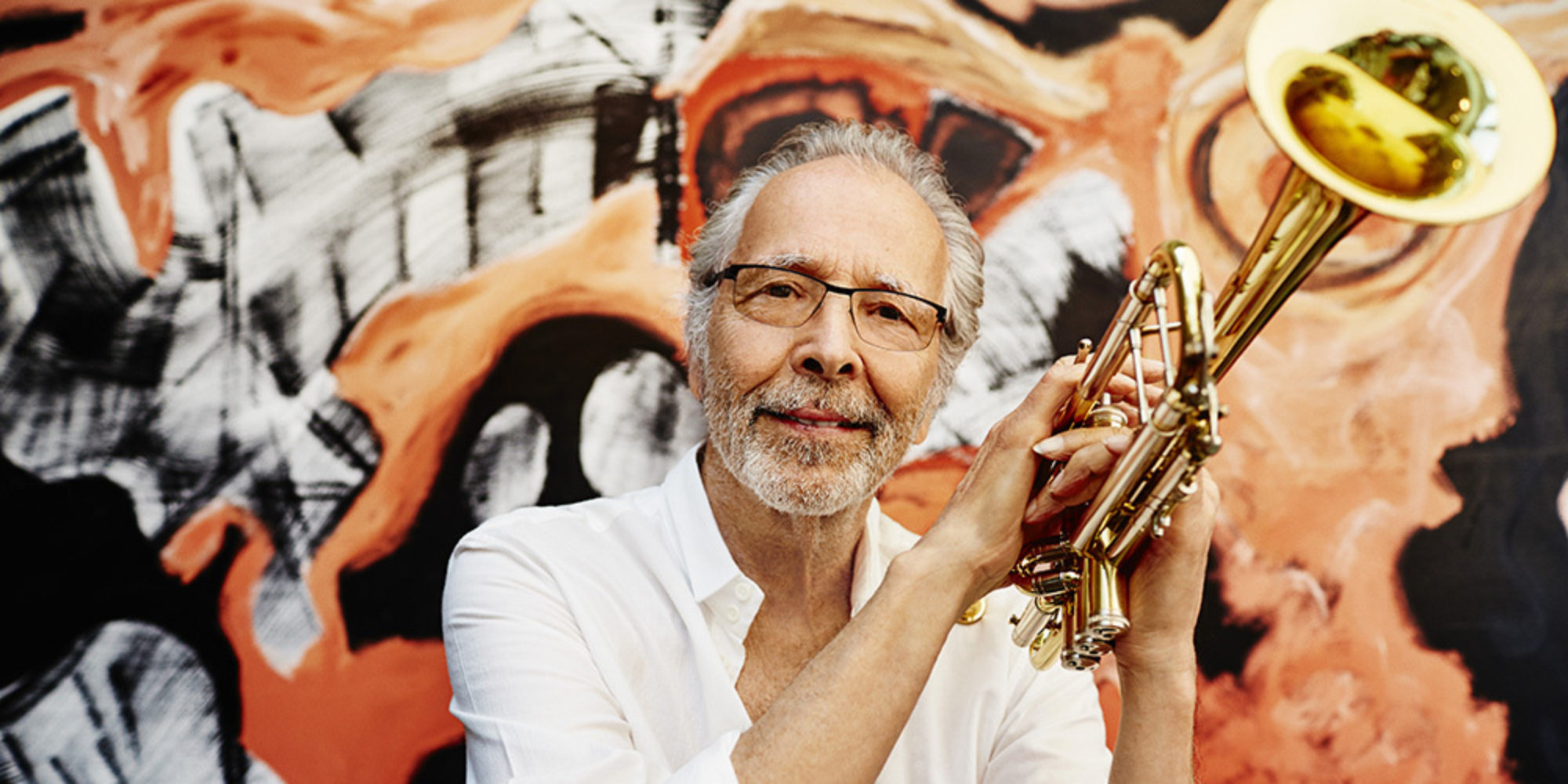 Herb Alpert and Lani Hall return to the Café Carlyle in Manhattan, Oct. 9-13. The legendary trumpeter and producer, Rock and Roll Hall of Famer, and creator of the Tijuana Brass joins his wife of Brazil 66 fame, performing songs from Tin Pan Alley to Jobim’s Brazil. Backed by a superb trio of musician friends, Alpert and Hall share stories along the way and follow their muses in a delightfully casual evening of music and memories. Afropop’s Banning Eyre reached out to Alpert to catch up, and especially, to hear his memories of his longtime friend and collaborator Hugh Masekela, who passed away in January 2018. Here’s their conversation.

Banning Eyre:  Let's start with pleasant. What have you been up to lately?

Herb Alpert: Well, there's a new album. I'm recording all the time, but there's a new album. My nephew, who happens to be my manager, said he wanted to do this Tijuana Brass revisited, to see if I could take some of the old evergreens and present them in a way they hadn't been presented officially. So that's what I did. And that's what's coming out in a couple of weeks. It's called Herb Alpert Reimagines the Tijuana Brass.

Well it's not excellent until you hear it. It might not be excellent.

You have a point there, but it sounds like a promising idea. That's where it all started. I've enjoyed the medley of TJB that you do in the shows at the Café Carlyle, but it leaves one hungry for more, so it will be nice to hear full versions. 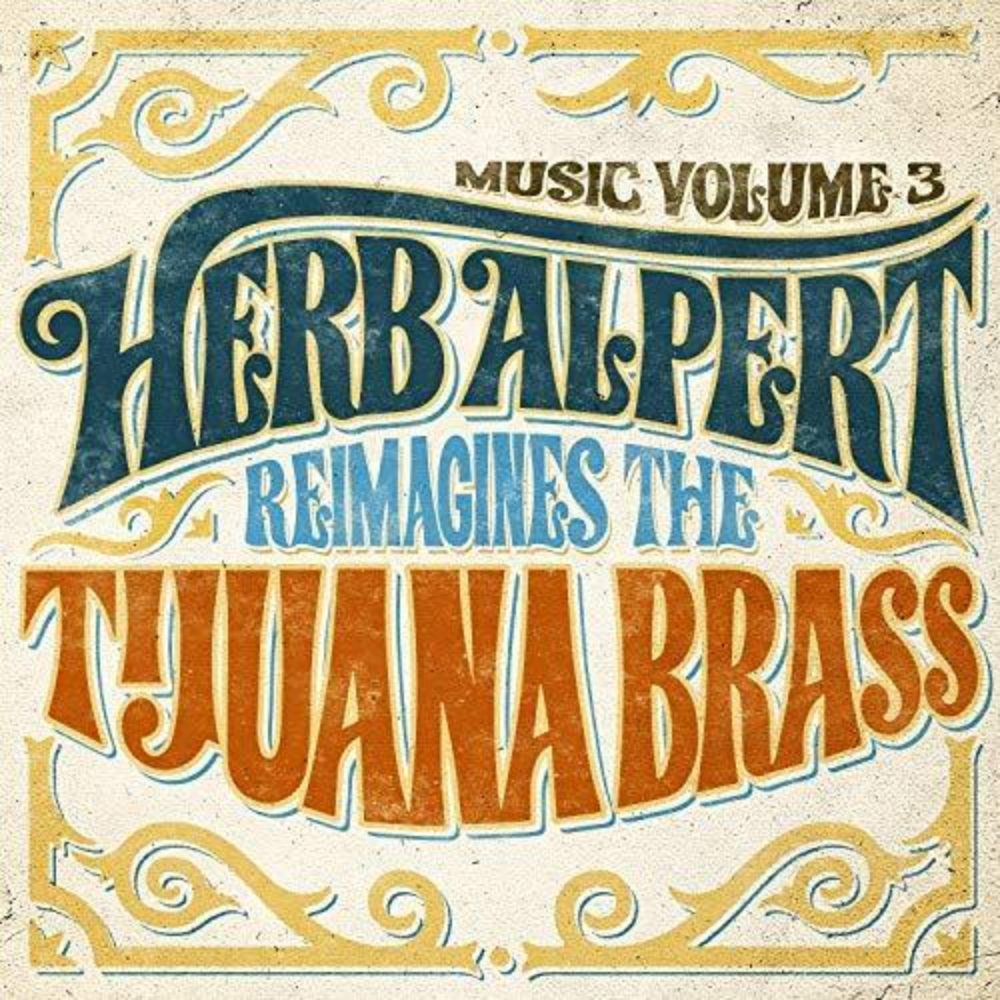 I also wanted to ask about that sweet video you made last year, "I'm Yours."

I wanted to make something positive. There's so much negative stuff going on in this country and in the world at the moment. I wanted to have something elevating. Love is the answer.

It's very clever, and a love song to the trumpet of course. But what really strikes me about that song that sticks with me. I have not actually seen that video in a year or so, but that melody is still in my head. It's such a strong melody, and I recall you saying from the stage something along the lines that melody is being deemphasized in our popular music now. You want to expand on that little?

It's cyclical. You know what's happening? There's a lot of music that is kind of anti-melody at the moment. Then there are others that are putting out good songs, but it's harder to hear them, because radio is not as accessible as it used to be. So if you want to hear that, you gotta go on the Spotifys of the world, check out what some artists are doing. But for the most part, melody is a bit scarce. That's why a lot of the evergreen artists have kicked back into the '30s and '40s, back to those great melody writers.

Is there anything you're hearing these days along these lines that you’re particular excited about?

No, not really. I don't spend a lot of time listening to other artists, to tell you the truth. I try to be original. I try to do my own thing. I have a classical background, and I listen to classical music. I listen to jazz, because I think jazz is what the world is looking for. We’re all for freedom, and jazz has a way of expressing that.

When you come to New York, will you bring the same trio that we've seen the last couple of years?

Yes. We've been playing together for the last 12 years. They're not only great musicians, but they're friends of ours. We have a great time playing with them and being with them.

It's evident on stage. You can feel that closeness. So 12 years? How did you find them? What's the origin story of this ensemble?

Well, we were playing at a 40th anniversary for Sergio Mendes at the Hollywood Bowl. Sergio asked us to perform with him on a couple of songs, which we did, and the drummer, Michael Shapiro, mentioned after the concert that it would be interesting to get a group together and do some independent stuff with a group. When he first mentioned it, I wasn't very excited about it, because I thought if you put my name on it, people are just going to want to hear that Tijuana Brass, and I've done that. I didn't want to spend time making that type of music again. So I was reluctant to get a group together, but Mike put together a great bass player and keyboard player, who we met more than 12 years ago.

We just had one rehearsal, and we had a good time playing together, so we did a concert. The first concert, I didn't play any Tijuana Brass music, and nobody was mentioning it. Everybody seemed to have a good time, because it was very authentic what we do. It works. So little by little, I started inserting a Tijuana Brass medley and Lani does a Brazil 66 medley,  but surrounding that it's pretty spontaneous, you know, music that we like to play. It's different every night. There's a lot of improvisational material in there, and it becomes a challenge and it's fun.

The first time I saw you with this trio, you introduced Michael, the drummer as someone who never plays the same thing once.

Well, that's true. It sounds like a joke. But that's the truth of it all. He's very spontaneous. Everyone is. Hussain Jiffry, our bass player, is the same way. And Bill Cantos, you know, the kid is a prodigy on piano.  He’s ridiculous with his interpretations. 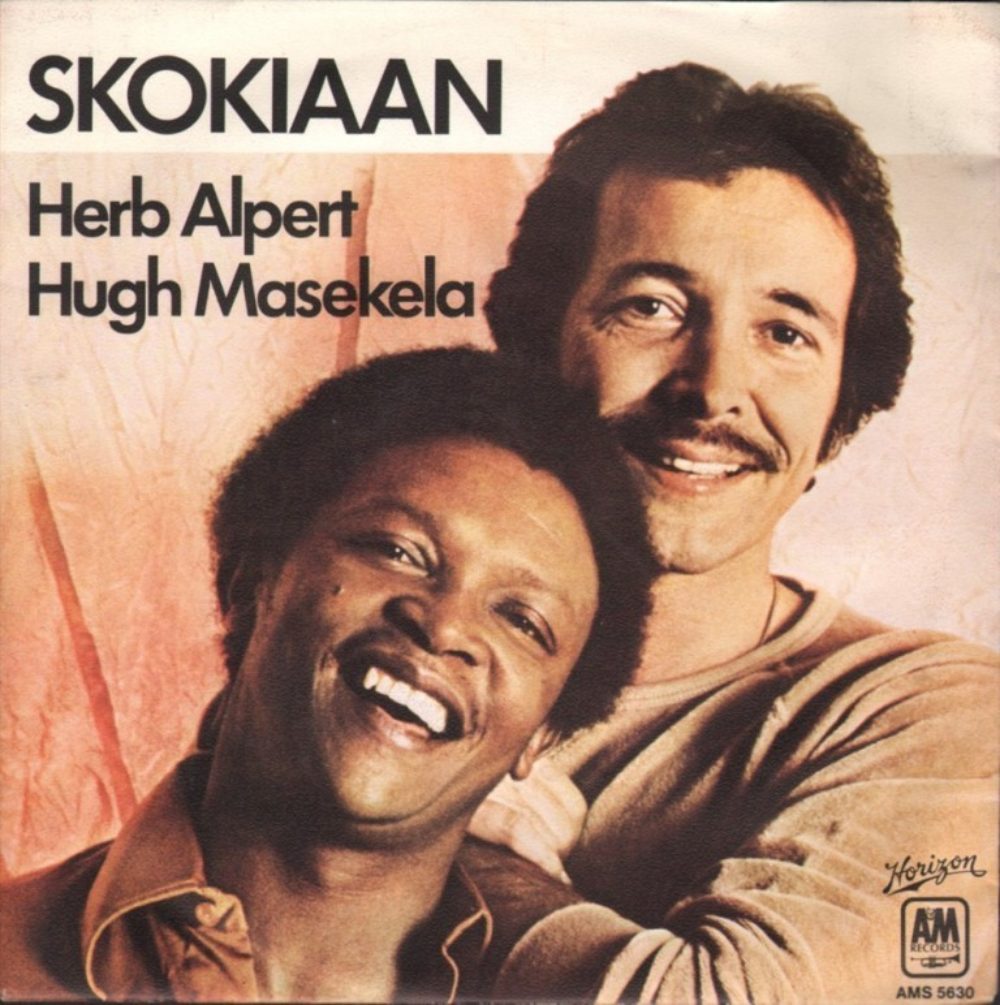 I want to ask you about Hugh Masekela, whom we lost this year. I have been reading his autobiography, Still Grazing, and it's interesting, his memories of you back in 1977 and ‘78. He talks about that session with Caiphus Semenya and Stuart Levine, the “Skokiaan” session. He remembers it as "a joyful experience" recording with you. Do you remember those sessions?

Oh yeah. Vividly. I loved Hugh. He was a great, great musician. He had his own voice, his own feeling, his own sound, and he was very musical, whether he was playing on his flugelhorn or that little trumpet that he had. He was music. We traveled around the country, did concerts together. I had a great time playing with him. Because he put together a wonderful group of great African musicians, and some musicians from the Caribbean.

I don't know, I just kind of blended right in with them. They were very compatible. I enjoyed working with him. He was spontaneous, of the moment, and super authentic. He was also a wonderful human being.

It was an interesting time back then. Because African music had very little profile internationally, and yet here was Hugh, bouncing around between Liberia and Lagos, L.A. and San Francisco. He was making all these interesting connections happen. By his own telling in the book, those years were a time when he was a wild man. He describes himself as "partying like a pirate." And he writes, "That Herb Alpert was able to stomach my insane behavior without coming down on me boggles my mind."

I haven't seen that book. When did that come out?

Back in 1994. He is writing from the perspective of having recently sobered up. By the time I interviewed him, he was reflective, down to earth and, as that line suggests, tending to look down on his earlier behavior. But do you remember him at all that way?

No. He was a gentleman, a delight to be around. He was funny. He had a great sense of humor. He saw the humor in everything. We just enjoyed each other, so that was a wonderful experience for me. And I remember he brought this trombone player Gwangwa.

There's nothing like an African brass section. A very distinctive attack. Well, in that book, Hugh expresses great affection for you and the support you offer him.

Well, I think he had a big part in putting out music that was uniquely South African. From his background.

And he had a wonderful late career, playing Carnegie Hall and all sorts of fine places. He does mention that you guys recorded a second album, which I don't find. Did it come out?

Yes. Definitely. It is out there. I can send you a copy of it. It's a live album that we did at the Roxy in L.A. It has some really good cuts on it.

Did you ever stay in touch with him later in life?

I did FaceTime with him at a birthday party they were having for him in South Africa. So I didn't see him physically. But I saw him on the Internet. 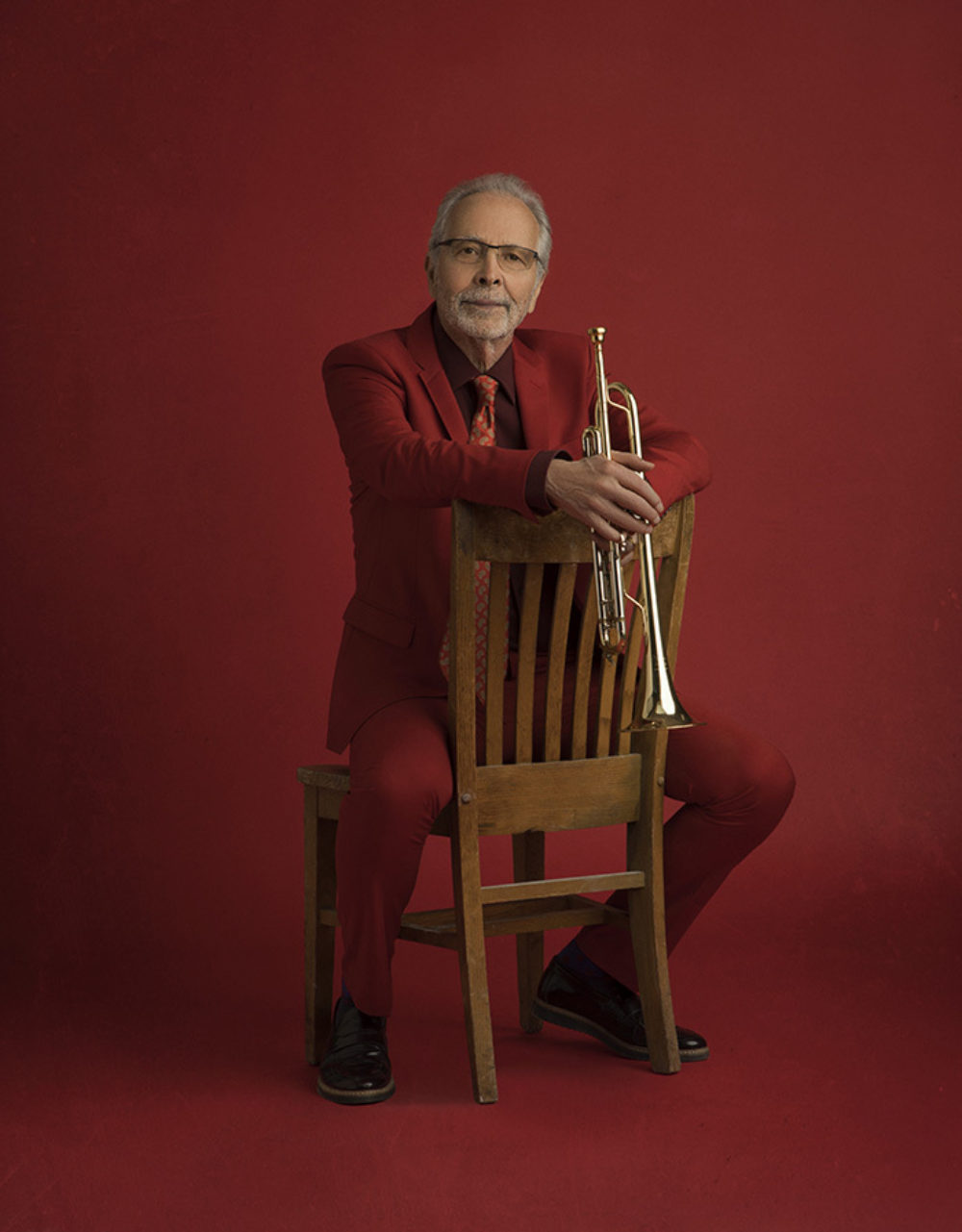 Let me switch gears and ask you a question about the music business these days. You've obviously had a front row seat for the era of the record company. So many musicians I know now are taking matters into their own hands and bypassing record companies in making their own careers. So I guess the question is, do record companies, unless you're a superstar, matter anymore?

[Laughs] That is a good question. Yeah, if they love you, and they're going to support you and put their wealth behind you, then they matter. But if they don't, and if they sign you and you have one unsuccessful record, you will be dropped like a hotcake. I guess you read about what Spotify is thinking about doing, opening up the percentage that they give certain artists that they can lure to their site. That could bypass the record companies even more if that comes to pass.

I mean, unless you know how to go on the Internet and do your own thing, it's pretty tough out there. Because radio is very stingy about what they are wanting to play. They pigeonhole the kind of music they want to expose. Instrumental music is really a tough one. You have to really get lucky to get some exposure. But it will change. I find that the cycle turns.

Yes indeed. The rate of change is dizzying. We just marked 30 years of having our slot on public radio to play music from Africa and the African diaspora, but it's a treasure to have that still. It's kind of amazing that we do still have that slot after 30 years, because that music has very little exposure otherwise.

You know, I have the UCLA Herb Alpert School of Music. We just put together a scholarship in the name of Hugh Masekela. It’s going to send a student to South Africa to study. We want to pass on the beautiful music that emanates from South Africa. What's happening now, as you probably know, is that music is really getting together from different parts of the world. It’s kind of a collage of sounds from all over the world, and it's beautiful.

The possibilities are endless.

I remember Quincy Jones saying something very similar to that in an interview. Well, we definitely want to hear more about this Hugh Masekela scholarship. We should stay in touch on that.

Well, congratulations. Look forward to seeing you and Lani in New York in a few weeks. 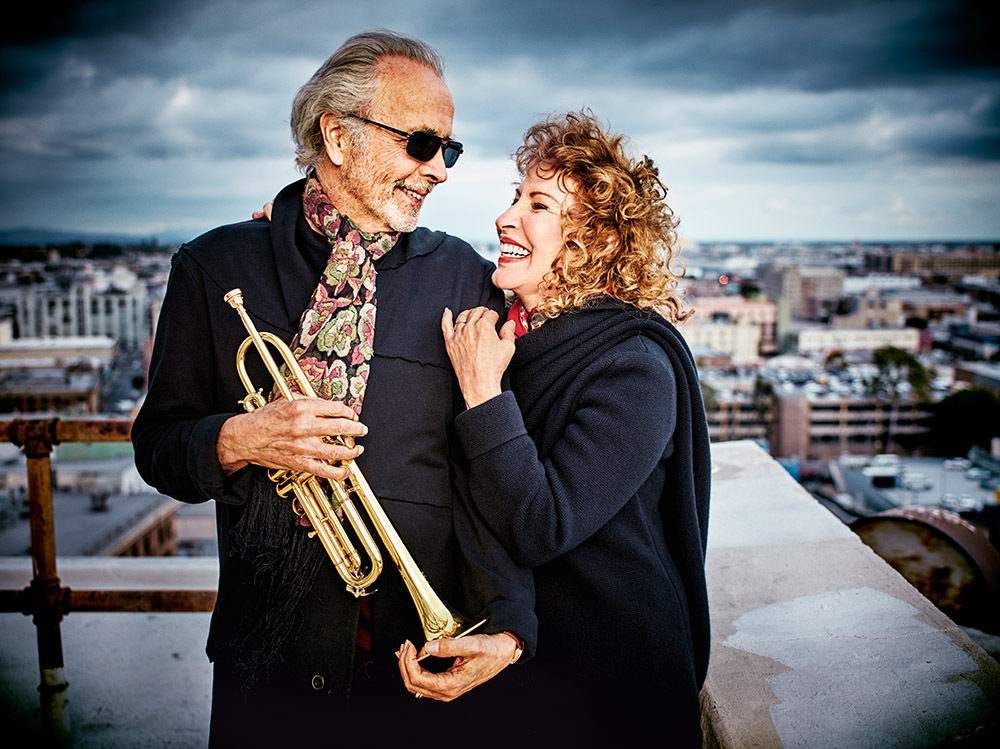