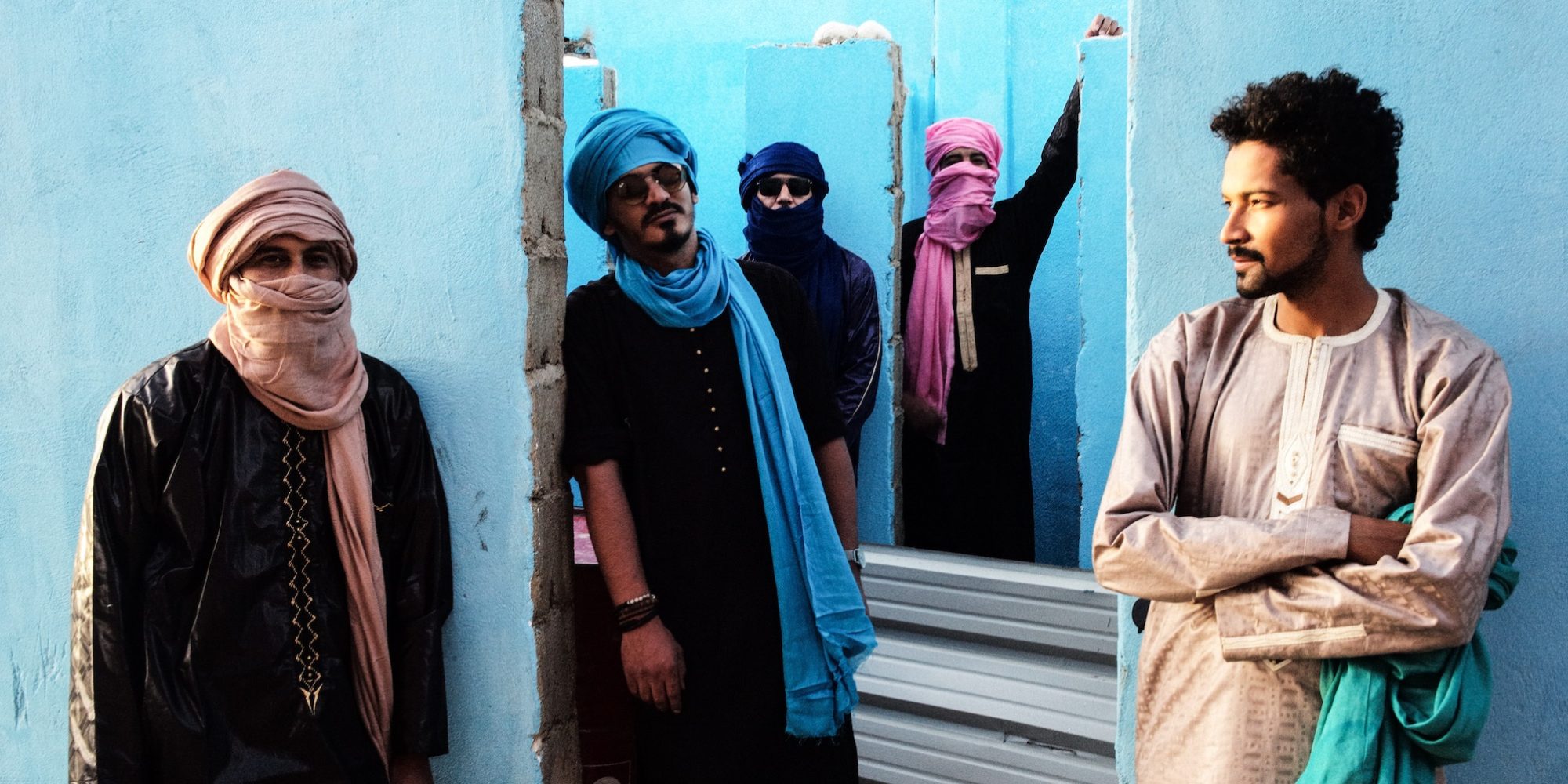 The Tuareg band Imarhan, who we last heard from with the great 2018 album Temet, is back! Today they’re announcing their third studio album, Aboogi,out Jan. 28 on the label City Slang. And to whet your appetite, the quintet has also released a new single and video, the opening track from the album, “Achinkad.”

The album is the first they’ve recorded in their hometown, Tamanrasset, in southern Algeria. It’s also the first in the band’s new, self-built studio, which shares the album’s name, Aboogi. The opening track’s contemplative acoustic guitar and warm vocal lines are an accurate picture of the record that follows, which features guest spots from Sudanese singer Sulafa Elvas, Super Furry Animals’ Gruff Rhys, Abdallah Ag Alhousseyni from Tinariwen and the poet Mohamed Ag Itale from Tamanrasset’s arts community.

“Aboogi reflects the colors of Tamanrasset, what we experience in everyday life,” bandleader Iyad Moussa Ben Abderahmane, AKA Sadam says via press release. “We give space to the wind and the natural energies, to the sun and the sand. We want to express their colors through music.”

According to Sadam, the song is “a tribute to our people and to our land. The Tuaregs have been present since ancient times and they are still here, present to their land, faithful to their people, grateful to their ancestors, to their culture, and fully, heavily attached to their nature. They travel through the times and they are always here with this land part of their identity.”