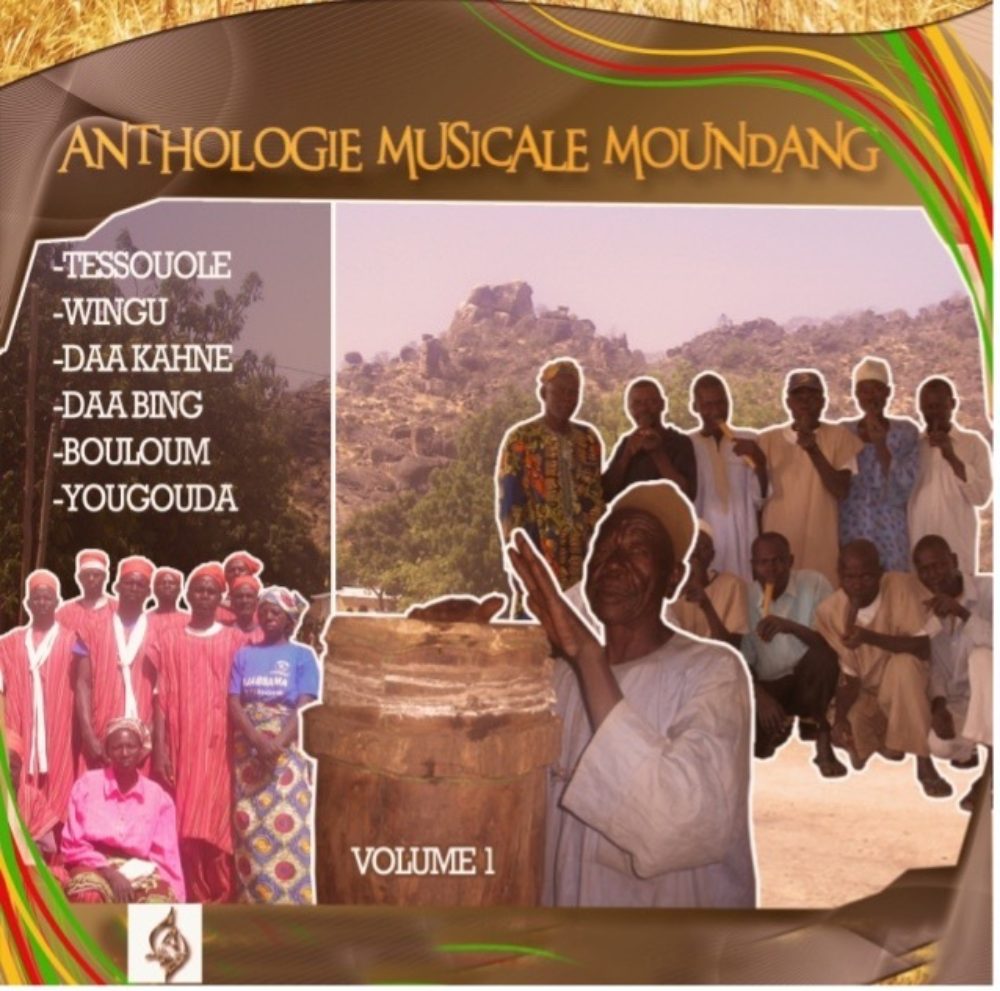 Eric Nelson Efa is president of Azania Way Culture, devoted to making recordings of traditional Cameroonian musicians across the country. He sat down with Georges Collinet to discuss recording equipment, challenges and the blessed hospitality of those he records. For more on Eric's work, check out this week's program "Encounter with the Ancestors."

Afropop Worldwide’s Georges Collinet: Eric, what equipment do you use to record all these musicians?

Eric: We use small equipment, a digital recorder, microphones, a computer and a little camera. We unfortunately do not have high-end recorders, but what we have is working O.K. So that’s what we use as we travel around Cameroon. It’s not always easy but we are happy to do it because we love our music and what we are doing: save our culture that we are losing.

How do you get to these remote places?

We do not have any means of traveling so we use public transportation to go around our country. Sometimes we have to go to far-away zones that even cars cannot get to. So we hire motorcycles to get there. Roads are often in very poor shape, particularly during the rainy season. And sometimes we have to go into the equatorial forest where there are lots of dangerous animals. I particularly worry about snakes. There is also the climate that can be terrible. In some places. In the far north for example, the heat is terrible. In the south it’s different, we have to go through enormous rainfall.

Given the political instability in some regions, we cannot record there. However, we did it in 2013. We went in the deep north of the country, despite the multiple attacks by Boko Haram. We stayed there for weeks to finish our recordings. Thank God everything went on very well and no one was kidnapped. 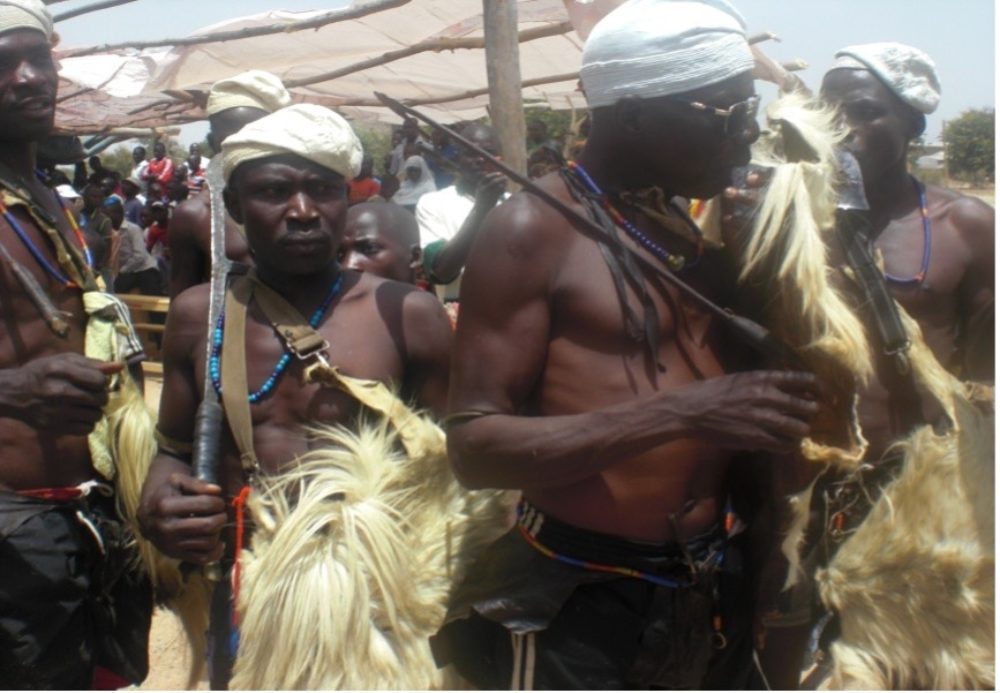 Traditional dress on display in Maroua. Photo by: Georges Collinet

How are people reacting when they see you, coming or somewhere out there, loaded with strange equipment?

People are always happy to see us in these villages. Hospitality, as you know is one of the biggest traits of Africans. Although it is always said that Cameroon is Africa in miniature, you find everything there, deep forests in these south, savannah in the center, mountains in the west, and desert in the north, people everywhere are very happy to receive us. Our recording sessions in these villages have become the occasion for entertainment and joy, particularly for the elders. They are very, very proud and very touched. They want to participate with our project and to be able to record and sing their traditional songs. When we arrive in these villages we are often lodged in a B and B, but they are very rare. If we cannot find anything, we usually stay with the villagers. These are usually recommended by friends who are supporting the project.

So you arrive in a village ready to record. However, you must find these traditional artists. How does that work?

When we arrive in a village, we set up the equipment. And then we look for traditional musicians. That’s not very difficult, in these small villages, everybody knows everybody. Once we have found one, it’s usually very easy to find others. Once that’s done, we take our time to tell them what we are doing, our mission and how we’re going to use these recording.

They must be shy! 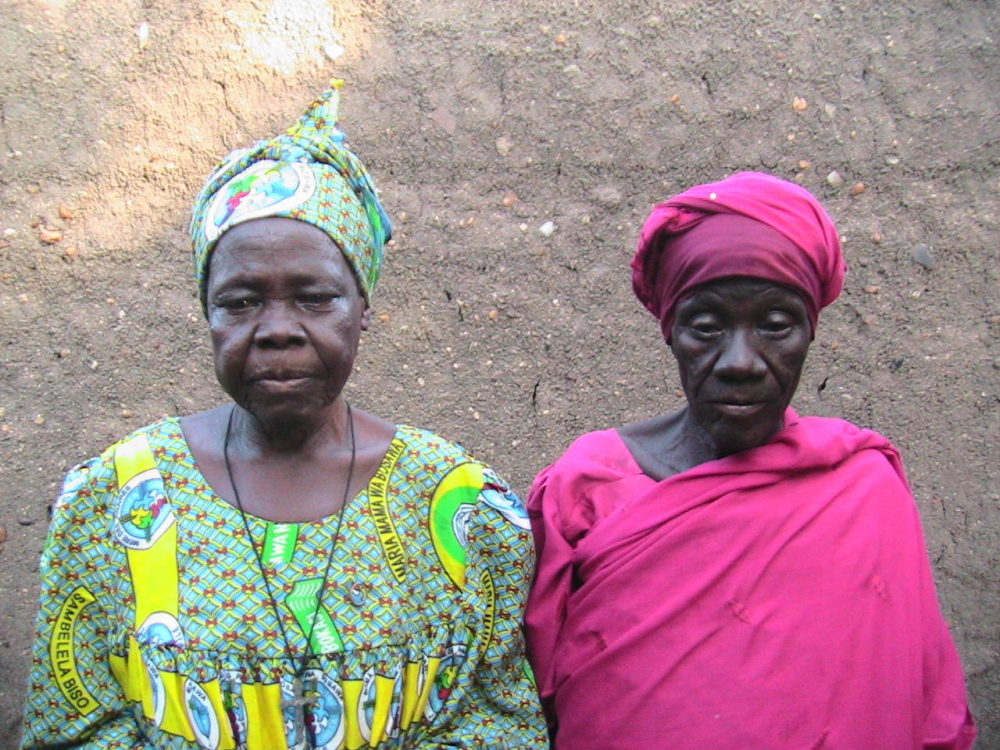 They are not shy. Shyness is not a problem with traditional musicians. Most of them are very open. They are very surprised and moved by what we are trying to do. We are very upfront with them about remuneration, simply because we do not have any money and they realize that. They are usually musicians that have never never been recorded before or never have seen any recording equipment, and it is a tremendous experience. I remember the two ladies in the far north. They must have been over 80 years old. They were so happy when they heard their voice. They were just ecstatic. These are moments that we can never forget, they told us. However, during our recording sessions, we try to help the musicians as much as we can. We know that they love to drink traditional wine, so we always have some. We also pay those who have traveled long distances to come and record.

Tell me about all these traditional instruments. 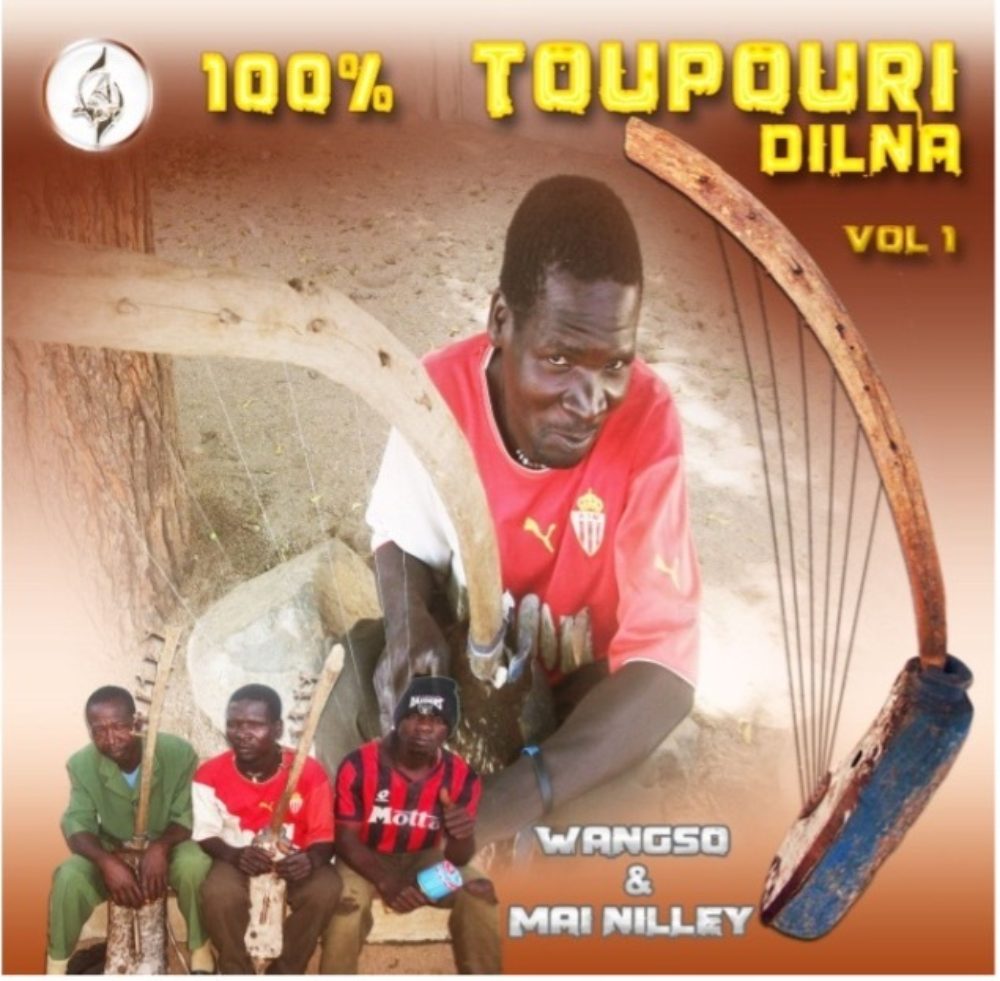 All these instruments are made locally by the artist themselves, using local materials such as wood, animal skins, gourds and strings. As for sacred instruments, certain tribes do have sacred instruments—they are even mystical. I remember one day we were in the deep north, in the mountains and we wanted to record a drum used in funeral ceremonies. We were told that it was impossible because nobody had died. And only a funeral ceremony could bring out the sacred drum. So we pleaded and pleaded and finally the big chiefs gave their accord to bring the drum out so we could record it. But this got a lot of people very, very concerned. I tell you, I did not know if we would get back home alive! 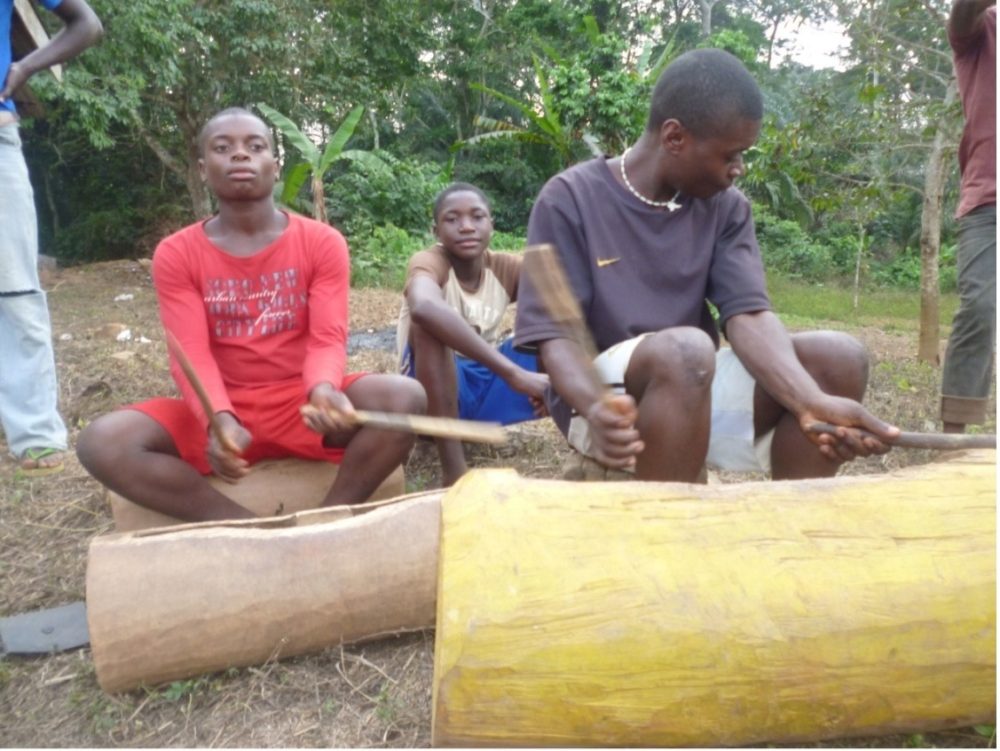 This is really exciting work, but also very difficult work!

Everybody realizes that we have to preserve our various culture and our musical traditions. Our traditional musicians are getting very, very old. If they all die, we’re going to lose everything. Fortunately, the youth is coming to the rescue. Young people are now learning how to use traditional instruments and music and adapt them to their own compositions. In the south, many are learning how to play balafon and drums. In the north, they are composing songs based on the elders' music. 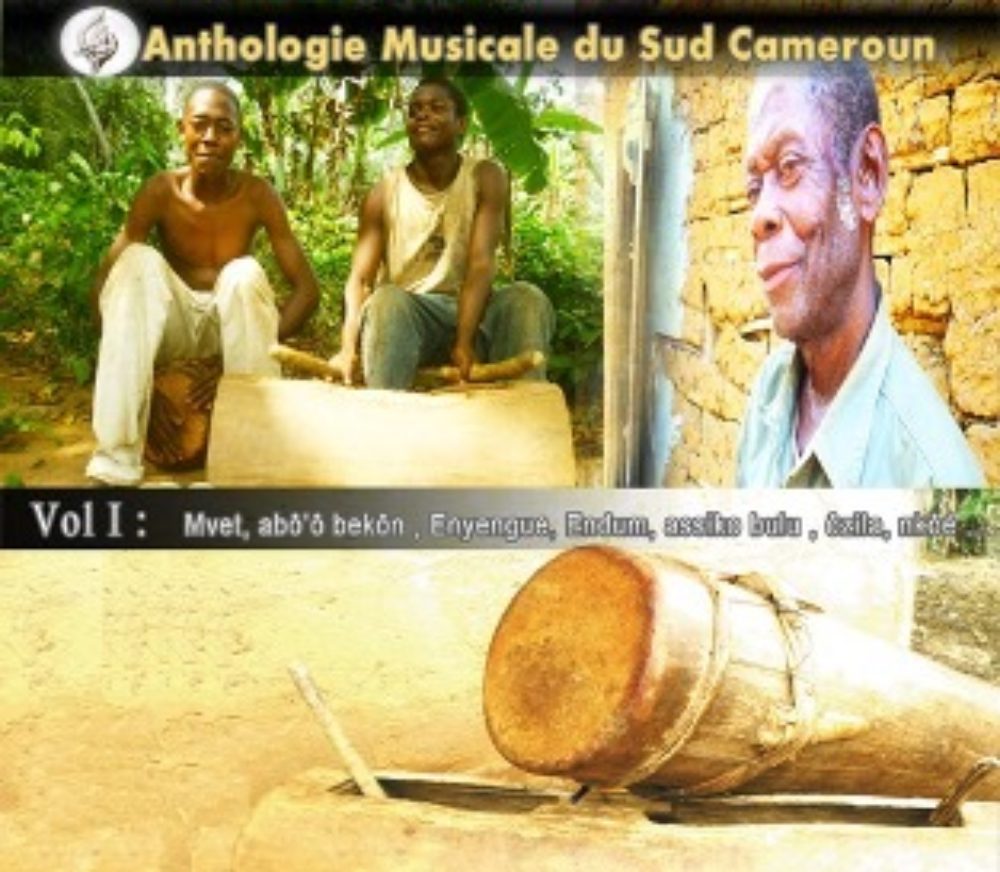 This is very reassuring indeed. What is next for Azania Way Culture?

Our objectives today are to record traditional singers in the 10 regions of Cameroon and also in the neighboring countries, because the people of Cameroon, Gabon, Congo, Equatorial Guinea, Nigeria, Chad and Central Africa are related. We are looking for people with goodwill around the world to help us in our mission: saving central Africa’s traditional musics from extinction.

And you can do that by checking www.azaniawayculture.com. Thank you, Eric!

Thanks, Eric, for this journey of discovery.