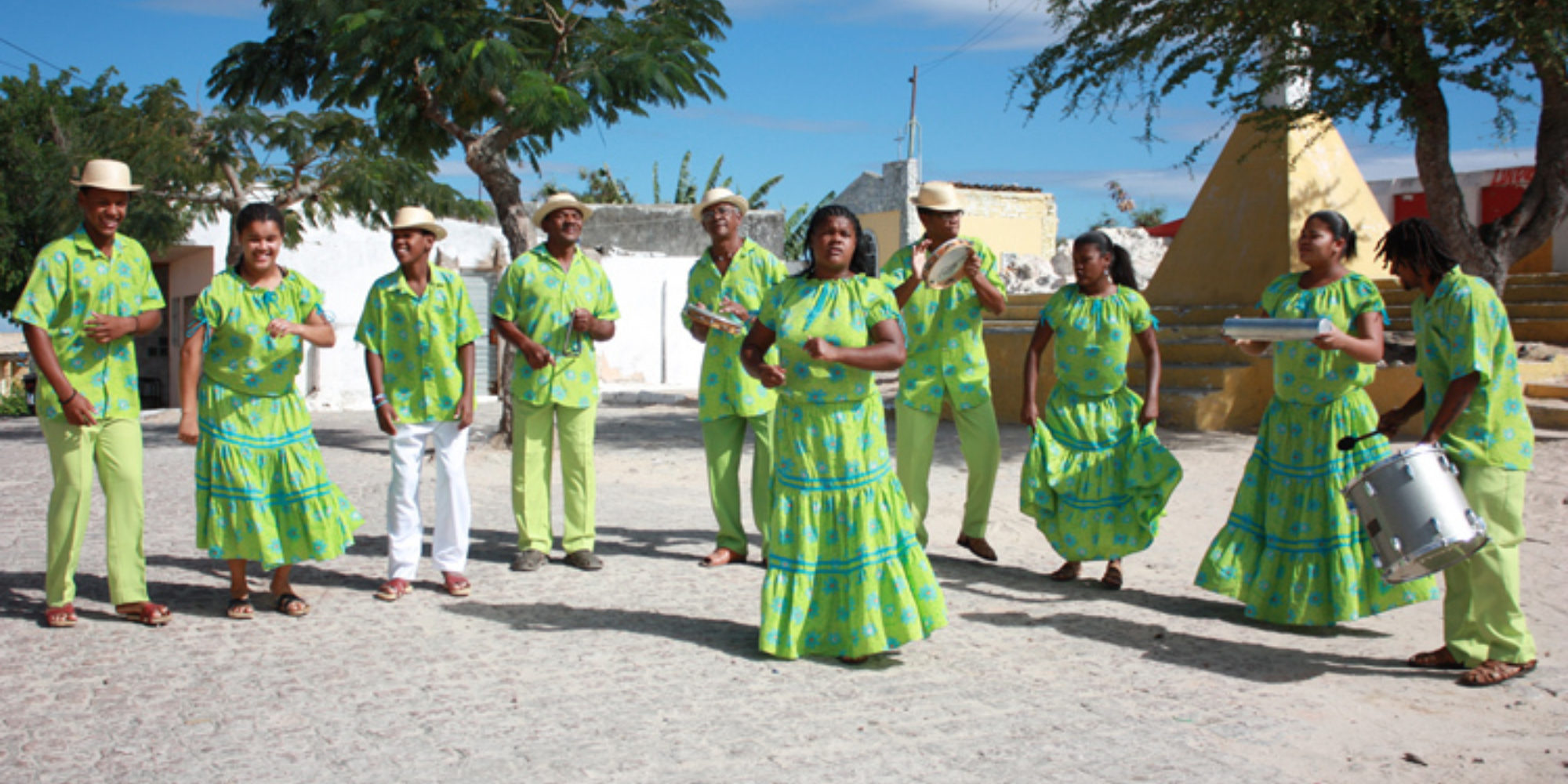 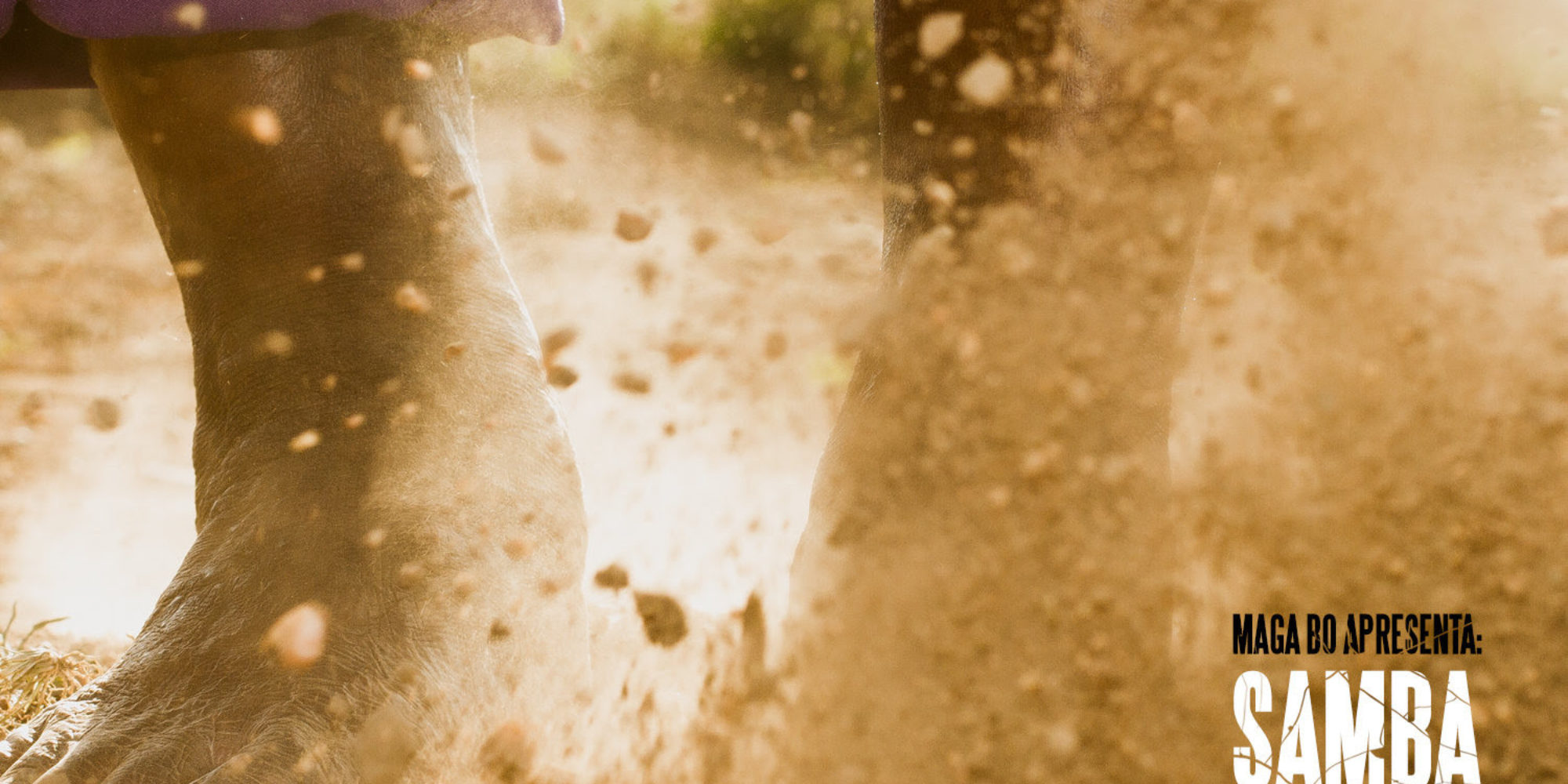 Brazil's Kafundó Records's goal is explore the periphery of the Brazilian music scene and, often, to fuse the folkloric forms found there to more contemporary styles, which is how the electronics appeared on this recording of one of Brazil's oldest-running coco groups.

The group, Samba de Coco Raízes de Arcoverde, is a family affair that can trace its roots all the way back to 1916. For 80 years they played in Arcoverde in northeastern Brazil's Pernambuco state, but in the mid-'90s they began attracting listeners from elsewhere. They've since released three albums and toured Brazil and brought their unique coco to Italy, Belgium and France. Their fourth release, which came out on Jan. 30 on Kafundó, builds on this legacy.

Although the album also came with a mini "Making Of" documentary, Afropop's Ben Richmond reached out to the record's producer and label founder Maga Bo. He answered questions about the origins of this Afro-Brazilian music, how what we're hearing varies from traditional playing, and why he and Kafundó keep forging the intersection of electronic and folkloric music.

Ben Richmond: So first off, Bo, who are you and what do you do? How were you involved in the making of this record?

Maga Bo: I am an artist, musician, DJ, producer, sound engineer working in the space where traditional musics and electronic music coincide.  I produced, recorded and mixed this record.

What is coco? Can you describe its origins?

Coco is a traditional dance, rhythm and style of music found in the northeast of Brazil. It has its origin in Afro-Brazilian and indigenous cultures, specifically within the quilombos in the interior, but has since spread to the coast and can be found from Paraíba to Alagoas (and even now, in most metropolitan areas around the country).

How is coco traditionally made? Where did people play it?

Traditionally, coco was a performed in gatherings where the dancers stomped on the ground to pack the dirt in and around a newly constructed house. This stomping was purposefully heavy, powerful and loud (as opposed to the samba dance which is lighter and more ephemeral). The original instrumentation was very simple: ganzá (a metal shaker), caixa (snare drum) and pandeiro (type of tambourine).  As coco evolved, the instruments have evolved as well.

What are the other instruments that are traditionally used to make it? I saw the surdo drum in there, and some hand percussion.

François, the surdo player, actually plays a tom tom from a normal drum set, but with only one drum head.  There are also normally two pandeiros, triangulo, ganzá and voices.  During the recording of the album, I noticed that a couple of the group members were also rehearsing with a local maracatu group [another rhythm from the northeast with close similarities to coco, but which features large wooden bass drums (alfaias) played with heavy wooden sticks.] It is common to see alfaias used in coco on the coast, but Coco Raízes never used them in their music. After suggesting it to them a number of times with very little response from them, Damarys and I just decided to record it as an experiment. The group ended up liking it and wanting to include it. Although we recorded at the group’s headquarters/office/workshop/cultural center and very close to home for all of them, it was also a process of purposefully trying to pull them out of their comfort zone a little bit and to try some new things.

For this album, Samba de Coco Raizes de Arcoverde, you added some electronics to the sound? Who composed those?

Are these traditional coco songs, or newly written songs?

Almost all of the songs are by Assis Calixto [There are a couple collaborations as well].  At one point, during the recording, Seu Assis was looking through his notebooks of songs trying to decide what we might record that day and he said that he wanted to do some thing new. He picked a song in the book and started singing it to me. As I watched his finger pass over the written lyrics, I noticed at the bottom that the date was in 1992.  Apparently, for him, since it hadn’t ever been recorded, it was still new!

What made you interested in Samba de Coco Raizes de Arcoverde's work?

This was a very special project for me. It all started when I received a mystery mp3 with the title "Afro-Brazilian Awesomeness Track 7" during a music swap with some fellow DJs. Straight away, I loved it and played it out, mixing it with dancehall ragga beats. It never failed to get a good response, so I dug a little deeper and made a full on remix.

I was invited to do a mixtape for Fader/Nike for the 2010 World Cup in South Africa which had an actual budget to license songs, so again, I dug a little deeper and managed to discover that the song was "Ê Boi" by Coco Raízes. I tracked them down, sent them the remix and asked for their permission to include it in the mixtape. They accepted and told me that it was their favorite remix yet because it preserved and respected the original rhythmic cells [Their tracks have since become legendary among Brazilian music DJs not only for being simply great dance-floor fillers, but for being malleable and minimalist enough to allow for adding additional elements to the mix without being too much]. It was still coco, even though it had some of the trappings of modern electronic music.

I was invited to play at Festival Rec-Beat in 2013 which finally enabled me to visit Pernambuco and get to connect with them in person. At first, I thought that we could maybe just record a song or two or maybe just some beats as a collaboration.

On my first visit to Arcoverde, we set up an improvised studio in the group's headquarters, which is essentially a big concrete box with a corrugated metal roof and tons of motorcycles and trucks passing by outside--terrible conditions for recording! But, necessity and dedication breeds innovation and resourcefulness. The first recording session yielded two or three songs, but it also showed that everyone was excited about the possibilities, so I planned another trip to Arcoverde, then another, then another... six or seven visits to Arcoverde later (mostly paid for with air miles--this is a 100 percent independent operation!), we completed the recordings.

The result is a Samba de Coco Raízes de Arcoverde album produced and mixed with the objective to stand side by side with current electronic music. I hope that I have achieved this and that this album serves to bring their music to an even wider audience. Currently facing a financial crisis and running the risk of losing their headquarters, I hope that this album can bring attention to their work and help to resolve this situation.

What attracts you to putting out a record that's traditional music, but with a modern twist?

Traditional music is the distillation of lifetimes of experience, self expression, energy… it is alive, which is something very difficult to capture with only a computer.  I find the combination of percussion and voice to be very powerful, moving, emotive.

How did you all end up in a more makeshift studio? It sounded great, but why did that seem like the best place to record?

That was the best place to record because we had no money!  that was the cheapest and most realistic way to make this record happen.

Will the group be doing any touring? Will there be electronics on the tour?

We don’t currently have any plans for touring. The group is currently going through a crisis with their workspace--they are having serious financial difficulties and are in danger of losing the space. If you’d like to help, please visit their crowdfunding page (in Portuguese, but English translation on request):  https://www.catarse.me/nossa_sede_

What's next for Karfundo Records?

Our next compilation will be out in March and focuses on Brazilian Afrobeat.  We have another record coming out by Grupo Bongar (produced by yours truly) in April and another full length by Coletivo di Tambor, a group from Salvador in June. Later in the year, we’ll be releasing an album of remixes of the Coco Raízes record. Lots of good stuff coming! 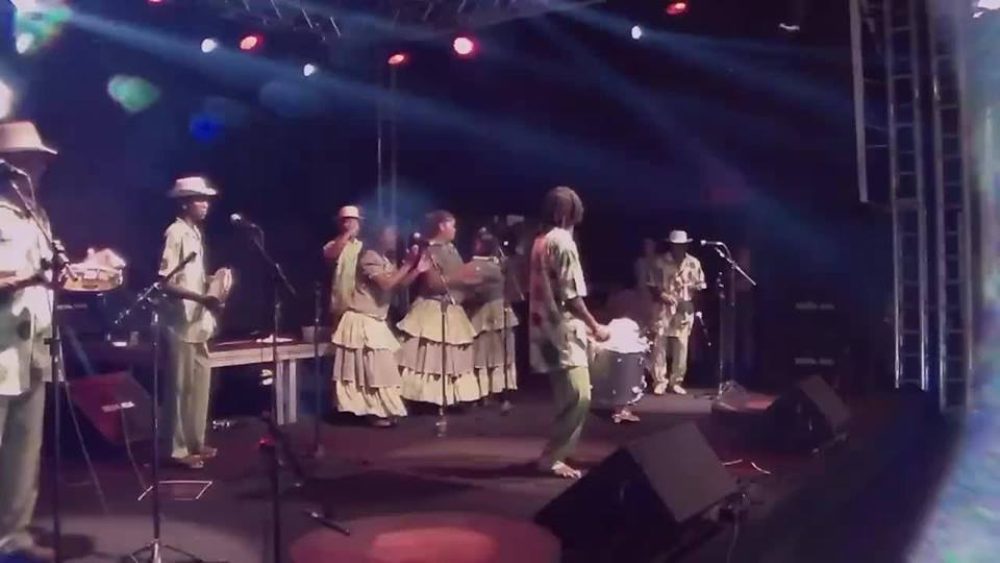