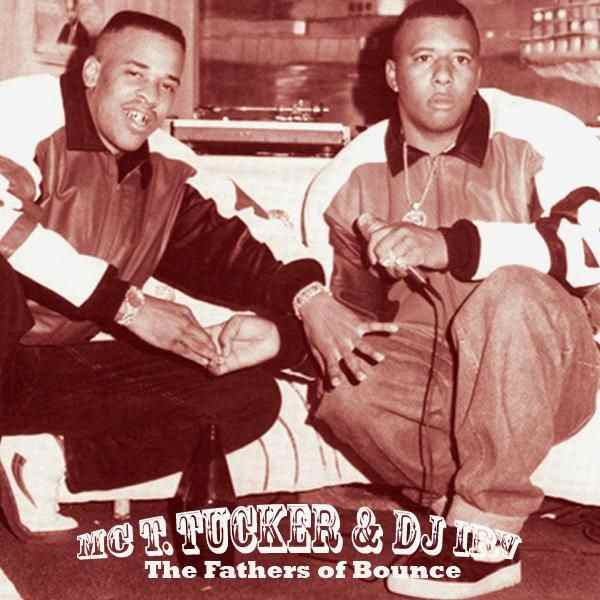 Bounce is a music defined by its beat. And while the genre has changed and evolved in the years since its birth in the early '90s, the basic building blocks of that beat have remained  remarkably static. Although they may be sliced, chopped and twisted into dizzying patterns, bounce producers return again and again to the same basic ingredients—without them, a track just isn’t bounce.

This isn’t to say that bounce is anything like static. Over the last 30 years, the ways in which these ingredients are combined have changed dramatically. Some tracks have incorporated new additions into bounce’s sonic canon, while others have reformulated the beat so well that they have, in turn, become stepping stones for their own remixes, sampling and reworking. These are some of the most important steps in that evolution.

Without a doubt, the core of bounce is the Showboy’s "Drag Rap," better known as “Triggerman.” A 1986 track by the Queens rap duo, the track made its way south in the late '80s, where it was snapped up by audiences hungry for new 808 breaks. While the original track was a local hit in New Orleans, the song really took off when DJs began to flip it to instrumental side, and mix two copies together live, providing a perfect foundation for the evolution of bounce’s vocal style.

While precisely what about this beat made it so attractive to New Orleans is still hotly debated, a few elements in the track have remained crucial to bounce for decades. The first is “the bells,” a repeating ascending-descending pattern which runs through much of the song. Another is the Dragnet/Inspector Gadget sample which repeats throughout. Finally, when the beat drops into its kicks-and-cowbells section, it summons a propulsive drive that fits perfectly with the kind of midtempo strut that has defined New Orleans music for much of the 20th century. When those three elements hit together, the track packs an undeniable polyrhythmic impact. With so much to choose from, this beat became a playground for generations of DJs, kicking off bounce.

For a sense of what early bounce DJs were doing, listen to MC T. Tucker and DJ Irv’s 1993 track “Where Dey At,” the first recorded example of the "Triggerman" sound that had been rocking block parties live for years.

While "Drag Rap" makes up a huge portion of bounce’s basic sample base, it shares its honors with DJ Cameron Paul’s “Brown Beats,” a hard-hitting 808 and snare workout from the San Fransisco DJ’s Beats and Pieces breakbeat compilation. Between the two of them, "Drag Rap" and "Brown Beats" form the core of essentially all of bounce. Built around a hard-hitting drum pattern, "Brown Beats" also provided bounce with a handful of shredded James Brown vocals that it would stretch to the breaking point over the next decades.

While most songs use a combination of the two beats, tracks that rely more significantly on "Brown Beats" tend to be heavier, without the sway provided by "Triggerman." For a sense of that sound, listen to this track by Partners-N-Crime.

Being a bounce DJ was hard. You had to stand for hours, carefully mixing crackling copies of "Drag Rap" on two turntables while rapper after rapper got up to deliver their lyrics. You were also essential—without your live mixing, bounce literally couldn’t exist. Couldn’t exist, that is, until Mannie Fresh and DJ Duck changed the game with this beat.

According to Mannie Fresh, the basic horn riff was found by the crate-digging Duck, who also provides the brilliant, ever-changing scratching which provides continual spice. Still, the core of this track’s appeal is Mannie’s absolutely massive fusion of "Brown Beats" and "Triggerman." The result is an unstoppable rhythmic juggernaught that’s still outstripping the competition decades later. Spare, driving, and hard as hell, this song rewrote the rulebook of bounce. DJs unable to mix "Triggerman" themselves could just throw on the instrumental, while the track became the blueprint for the next generation of producers.

Willie Puckett, "Tear It Down"

For an example of the reach of the Cheeky beat, listen to how "Bitch Get Off Me" forms the basis of the beat on this Willie Puckett track.

The next (and for now, final) (r)evolution of the bounce beat came from the instrumental track for Vockah Redu’s "Roll Call." Featuring the ultra-distinctive crowd/seagull samples as a constant backdrop (Although Vockah told us that the noise is actually a Triton keyboard’s “wind” sound), this track builds off the nonstop pulse of "Bitch Get Off Me," but reintroduces some of the distinctive wood blocks and bells from "Triggerman." Most importantly, this track is, (as DJ Flipset Fred told us) bass down—its accentuated low end destroys on the dance floor, while its body-rocking snares and claps push shakers to the edge.

For a sense of the track’s impact, listen to Shardaysha’s "Gimme My Gots," a track from 2017. While the ultra-rapid chopping and the large-scale samples that drive the song are the signatures of modern bounce, the beat that drives the whole thing is pure "Roll Call."

5.) BONUS TRACK: Vocal Samples—While the constant recycling and re-imaging of the beat is central to bounce, it’s far from the only element that undergoes this process. Lyrical fragments, melodies and ad-libs have also been borrowed, flipped and reused throughout the music's three decades. More recently, computer production has taken this to a new level, as distinctive vocal tics and sounds from popular artists are grabbed by producers to be used as elements in new beats. Want an example?Just listen to Sissy Nobby’s “Yo Nigga Wanna Fuk Me”—Shardaysha’s “Gots” run through the whole thing.