Southwest Madagascar's tsapiky music (pronounced tsa-PEEK) is truly one of the most vibrant and exciting contemporary music genres going in this huge island nation. It's a rowdy, fast, driving, electric guitar-based sound. But its true home is not in nightclubs or dance halls, but at rural family gatherings, especially funerals--massive parties that last for days and are known for producing an atmosphere of communal trance. Afropop producer Banning Eyre's recent NPR "All Things Considered" report on tsapiky gives an introduction. Our program's episode for the last weekend in September will deliver the whole tsapiky story. In the meantime, here are a few images to whet your appetite. 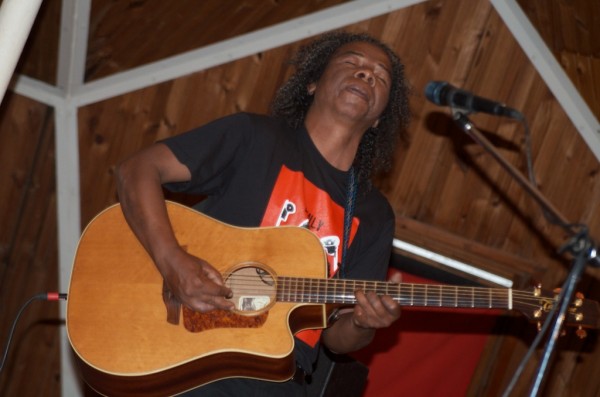 Tsapiky guitarist/bandleader Damily performing a small promotional set at the Alliance Francaise in Tulear, his first public gig in Tulear in 14 years. 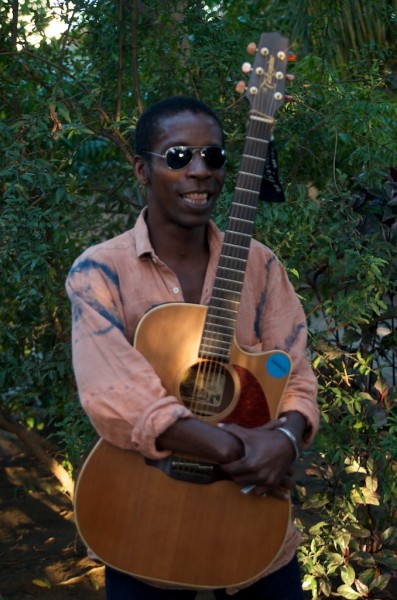 Teta, another veteran guitarist, now back in Tulear after spending time in the capital, Antananarivo. While steeped in tsapiky, his roots, Teta is now inclined to experiment, especially mixing tsapiky with blues. 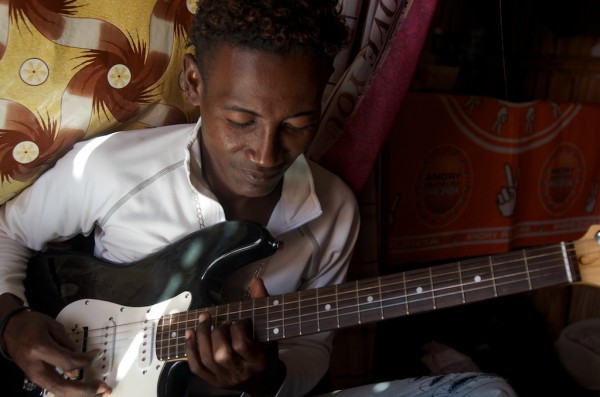 Lamily, who along with his wife Tsatsiky, leads the tsapiky band Mizeha. This is a popular band at ceremonies, but in hard times now there are fewer such gatherings, and more bands operating in the countryside. 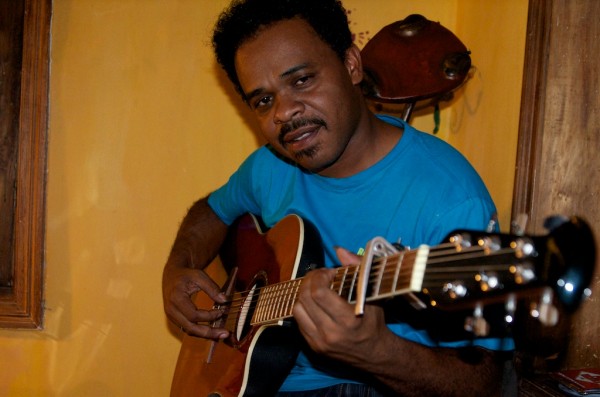 Pascal, formerly the husband of tsapiky star Rasoa Kininike, one of the first Tulear-based artists to gain a name nationally in Madagascar. Pascal now lives in Antananarivo, where he is a “mercenary” guitarist, playing in many bands and styles. 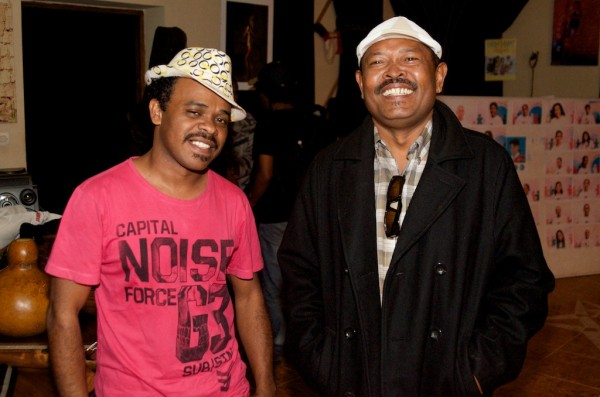 Pascal with Madagascar’s pre-eminent guitar virtuoso, D’Gary, who got his start playing in tsapiky bands. This shot was taken in Antananarivo at an artist gathering at Antshow, the cultural center founded by Hanitra of the group Tarika B. 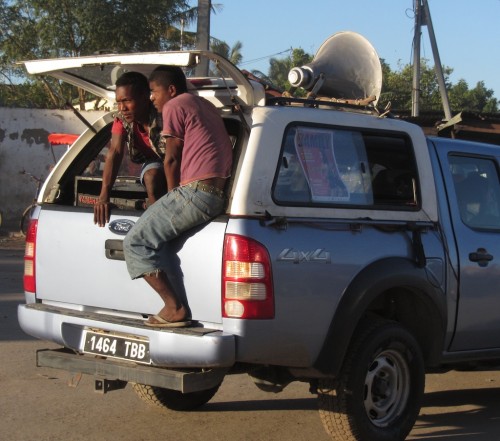 Driving around Tulear to promote Damily’s huge free outdoor concert, his coming-home gift to the town. The concert took place on May 16, 2014. 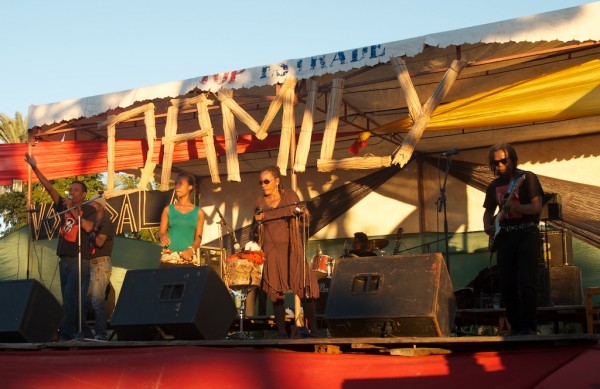 Damily and band onstage at their coming-home concert at the Jardin de la Mer, on the shore of Tulear’s St. Augustine Bay. 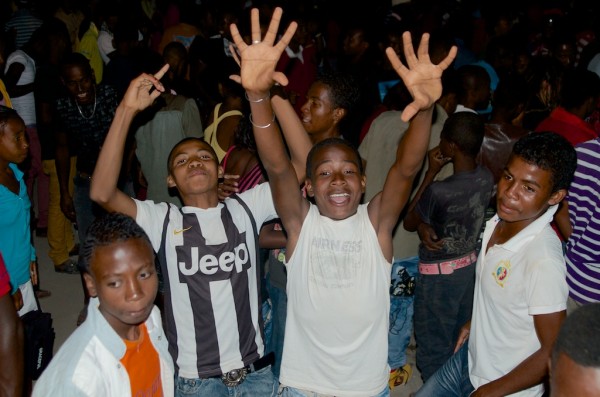 Joyful kids among the thousands who gathered for Damily’s tsapiky blowout.