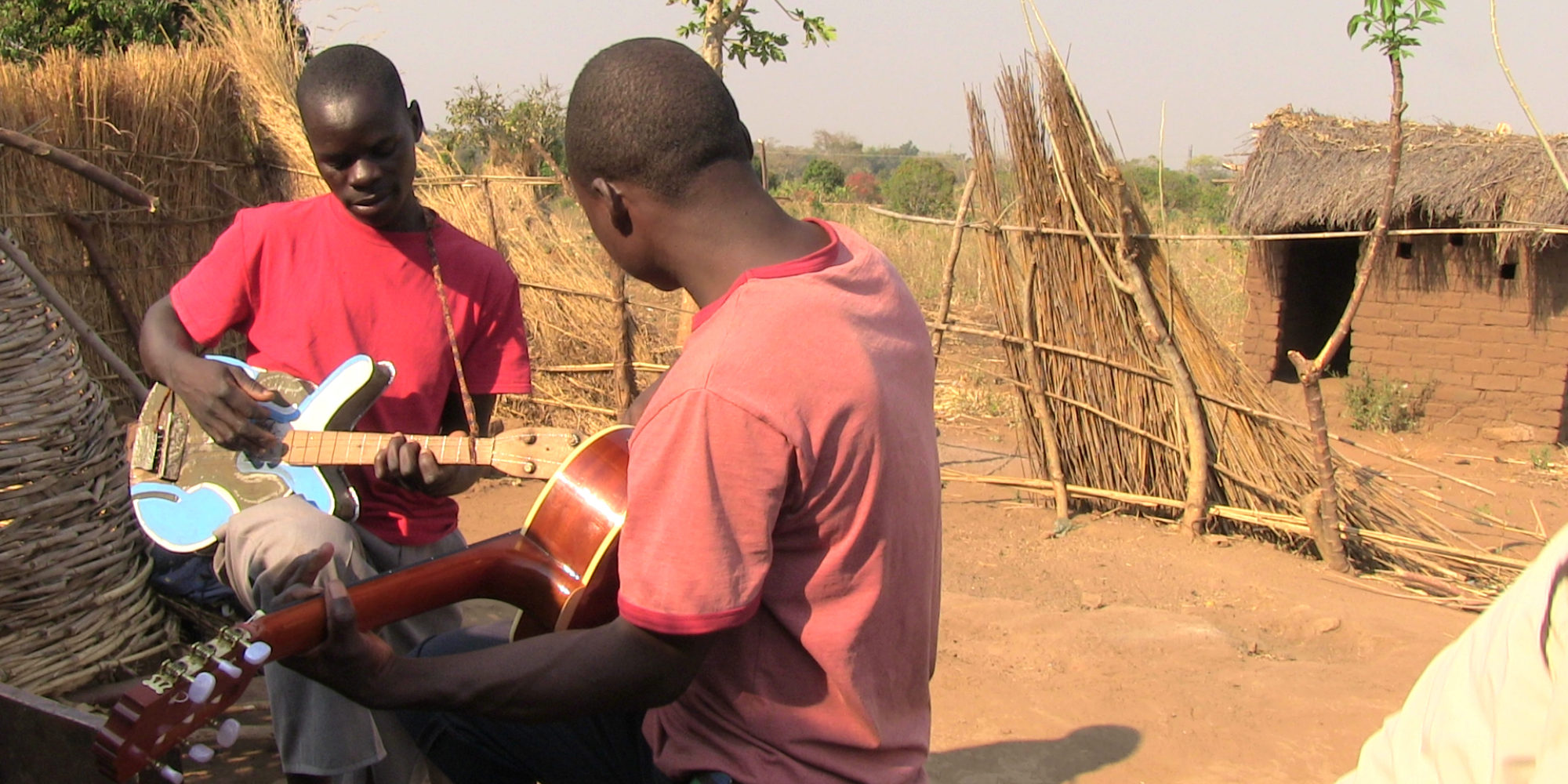 Blog September 21, 2018
Malawi Mouse Boys: Score For A Film About Malawi, Without Music From Malawi

Producer Ian Brennan finds and champions off-the-beaten-track music that might otherwise never be heard beyond its local surroundings. Brennan’s collection of songs recorded in a Malawi prison--The Zomba Prison Project, I Have No Everything Here—won a Grammy Award for Best World Music Album in 2016. By the time Brennan and his photographer wife Marilena Delli began visiting Zomba Prison, Brennan had already released music by the Malawi Mouse Boys, so named for their occupation of selling grilled mice by the roadside. The band’s soulful vocal harmonies and winning stage presence led to touring opportunities, but so far, not viable careers.

The band’s fourth album is a collection of mostly instrumental tracks created for a film set in Malawi. Sadly, the music was not used in the end, but Brennan wants the world to hear it. In honor of International Peace Day (Sept. 21), Afropop presents a taste of this unusual project, with this introduction by Brennan.

The Malawi Mouse Boys continue to live without electricity or running water and survive on less than a dollar a day. Yet, through music they have reached the world— releasing internationally the first popular music album ever sung in Chichewa. This led to their triumphing at Peter Gabriel’s WOMAD Festival in the U.K., followed by tours of Australia/New Zealand and the U.S.

Nonetheless, they continue to battle poverty. Their success has been a double-edged sword. The income has allowed them certain improvements—tin roofs for their homes, air mattresses in lieu of sleeping on dirt floors for their children, a bicycle, English lessons, and the purchase of a sound system. But it has not been enough to end their struggle and suffering. Worse, locals now resent and even ridicule the fact that the group members have traveled abroad and consequently refuse to believe that the group is in need of jobs or worthy of assistance.

Therefore, to survive, the men continue to sell mice by the roadside to travelers. They have also begun hawking coal. The creation of charcoal involves many of the same hazards as mouse hunting—exposure to wild boars, poisonous snakes and spiders, but also in this case, smoke inhalation. It demands that they hike into the distant hills, locate and burn down a tree, wait until it smolders, and then chop up and gather the remains. They then haul the chunks back many kilometers to home. Each load requires multiple days of filthy labor and, if they are lucky, they will sell the lot for around a dollar, at best.

The Malawi Mouse Boys’s music for this album was born of the local earth, using found materials from their village— a broken spoke, water buckets, their handmade four-string guitar, a beer bottle, bamboo horns, machete, wind, trapped insects, an alpha monkey’s call, children’s voices, shovel scrapes, a faulty transistor radio, and the ground itself. It is verifiable zero-kilometer music.

In desperation, two of the four members have now fled to South Africa in the hopes of work. It is a journey fraught with hazard as Malawians are often regarded in Cape Town as an invading force in much the same way that Latinos and “others” are too often viewed in America.

Beaten but not broken, the band remains determined that this music be heard.