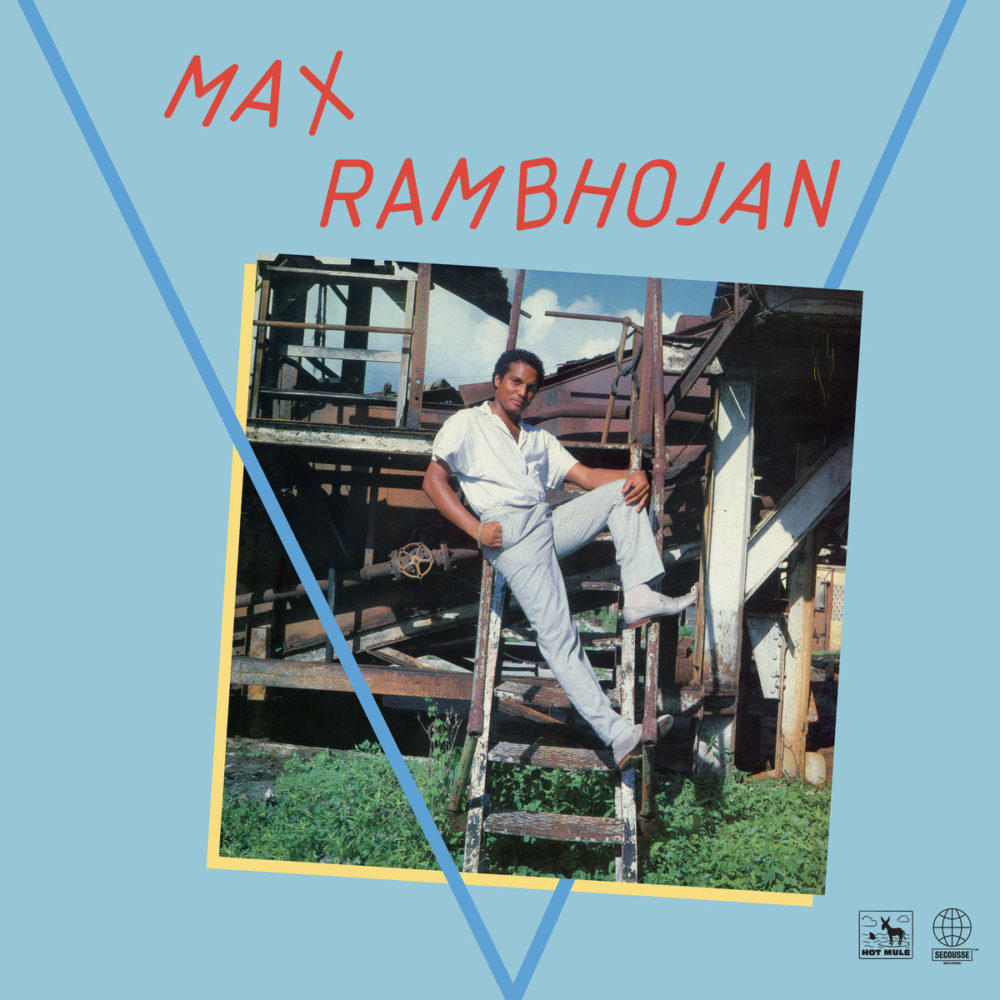 “Tou’t Jou Pa Min’m” feels like a hit from the first guitar notes of the intro. The lead singer, Max Rambhodjan, was not exactly a star before this tune arrived, but with a perfectly timed music video looped on Guadeloupe’s RFO TV station during play breaks of the 1986 World Cup, he ascended to stardom overnight on the wings of this hit. This four-song EP reissue compilation from French labels Secousse/Hot Mule also includes the 1992 re-recording of his biggest success. It’s a bit faster, a bit cleaner but also lacking some of the joyful splash of synths and backbeat drums.

This is definitely party music, but there’s also a quiet, underlying power to it that draws on drum and dance traditions with strong local meaning, something much older than zouk or even cadence, the popular Antillais music that gave rise to zouk. Cloaked in the latest drum machine and synthesizer sounds, Rambhojan’s style, called zouk chiré, draws heavily on carnival brass band traditions but even more so on gwo-ka, the Afro-descendant traditional hand drumming of Guadeloupe. Rambhojan is a gwo-ka master, both as a singer and drummer, still performing in 2019. He trained with one of the best-known gwo-ka masters, Guy Conquette, whose influential recordings inspired the African continent and the Caribbean coast of Colombia. According to the Secousse Records press release, “Max still performs gwo-ka every weekend in Guadeloupe and also hosts a show on local radio Media Tropical, 88.1FM.”

The traditional roots of Rambhojan’s music shine even more in the other two cuts on this release. On the haunting ballad “Cécilia,” Rambhojan’s powerful tenor voice introduces a mellow, bouncing rhythm, carried by the ka drums and off-beat keyboards. The bass and flute carry the melody in between the female chorus that seems to be reaching for something higher than a hit song. As the structure repeats, the drums become more insistent and adventurous, finally breaking through for a rolling solo in the final fade-out of the tune. On the midtempo jaunt “On Jou Matin,” Rambhojan again displays his lead drum technique, playing phrases that cut through the mellow riffing guitar. As the track fades out, we have the impression that the musicians might have continued this subtle, relaxed jam for hours, even after the engineer stopped the tape.