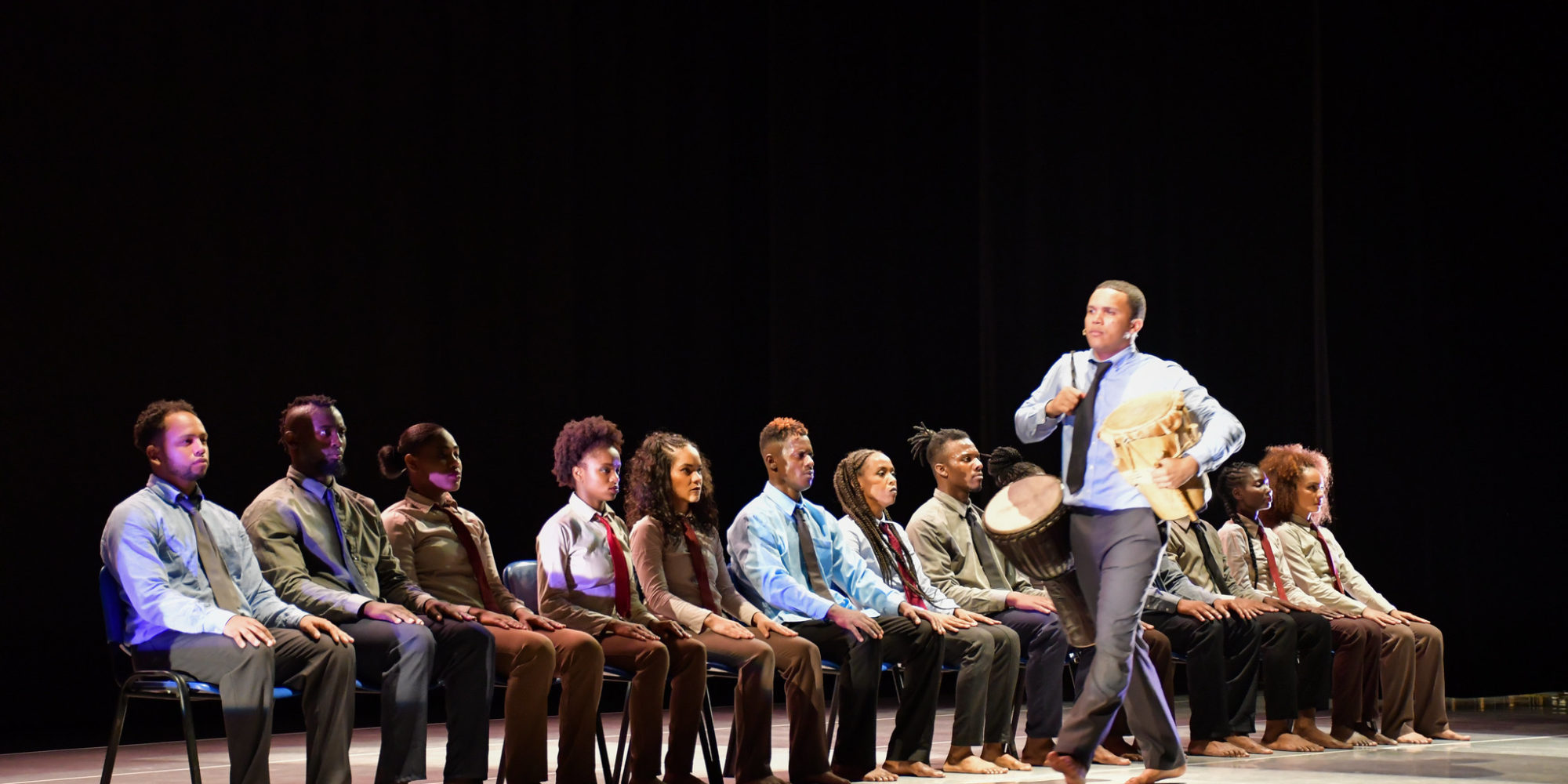 Three years after Juan Manuel Santos, the former president of Colombia, shook the FARC guerilla leader Timochenko's hand in a gesture of reconciliation and a sign of institutionalized peace, a cellphone video went viral that showed a young black boy flailing his arms and weeping as his mother, Maria del Pilar Hurtado, a social leader from a rural community in the department of Cordoba, lay lifeless in the street. Del Pilar Hurtado joins the ledger of over 60 Afro-Colombian social leaders who have been targeted and killed this year, and the more than 600 social leaders who have been killed since the peace treaty was signed in 2016.

This kind of violence disproportionately affects the rural departments where the highest concentration of Afro-Colombians live—Chocó, Magdalena, Bolivar, Sucre, Southern Valle, northern Cauca and Uraba—and is a major reason why there is a large influx of Afro-Colombians who relocate to the urban centers of Bogota, Medellin and Cali. According to the United Nations Refugee Agency, Afro-Colombians represent 17 percent of all internally displaced persons in the country.

But the existence of Afro-Colombia is not wholly predicated upon violence and displacement. The city of Cali, for example, boasts the second-largest population of Afro-descendants in Latin America after Brazil. And along the Caribbean coast, the diaspora is a patchwork of ethnic groups that stayed close to the coast where they were brought on ships---and in the case of San Basilio de Palenque---eventually liberated themselves. The confluence of musical instruments and storytelling methods of this country gave birth to some of the richest artistic expressions of the diaspora outside of the African continent.

Only an hour flight from Cali, Medellin acts as a cultural incubator of the diaspora. If nothing else, it's a place where people from around the country move in search of economic, educational and cultural opportunities. 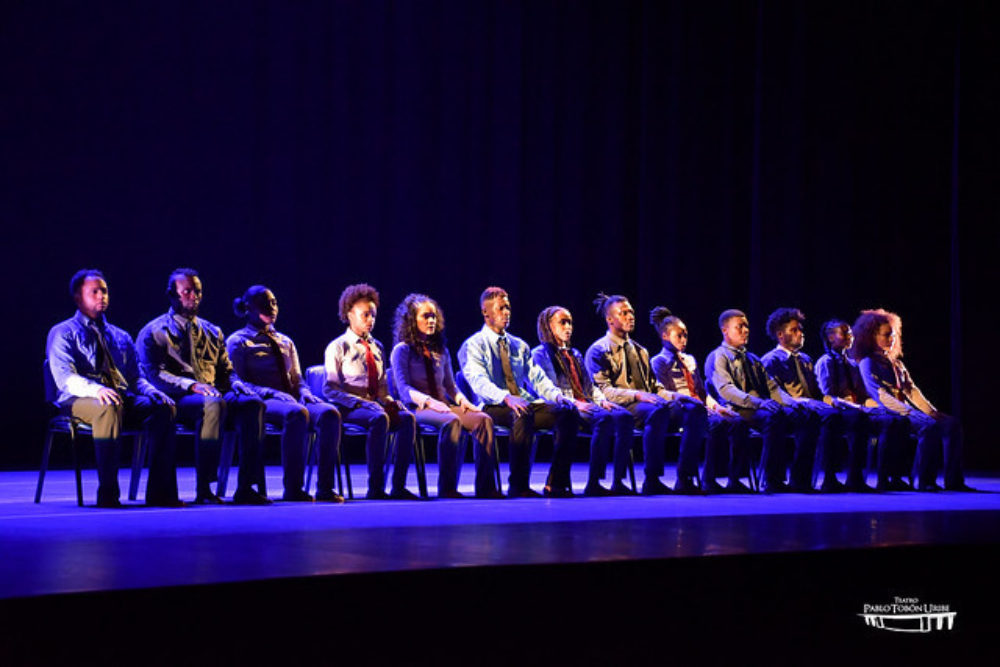 But as Colombia's history makes very clear, not all movement is created equal, which was my first impression when I saw Sankofa Danzafro perform in the Pablo Tobon Uribe Theater in Medellin in late May. This movement, confined to a stage under pale white and violet lights, was comprised of a troupe of 14 dancers who, despite their bare feet, were all dressed in the same attire: a long tie, dress shirt and dress pants. On first viewing, the performance, entitled La Ciudad de Otros or “the city of the others,” is a homage to the white-collar worker who punches a clock and moves in fish-like schools along corridors of the city without distinction.

To a score of rhythms indigenous to Colombia---including bullerengue, chande, gaita and cumbia--and a combination of drum and bass, dubstep and house music, the group of dancers frantically raced about the stage in synchronicity reminiscent of various dance styles in North American hip-hop (breaking, popping and crumping) and ones that are uniquely specific to the Afro- and indigenous-populated regions in Colombia.

In a sit-down interview with Afropop, Sankofa Danzafro's cofounder, Rafael Palacios, said that he doesn't try to fight against the influence of hip-hop, but rather draws upon the confluence of the past and present to convey a message. 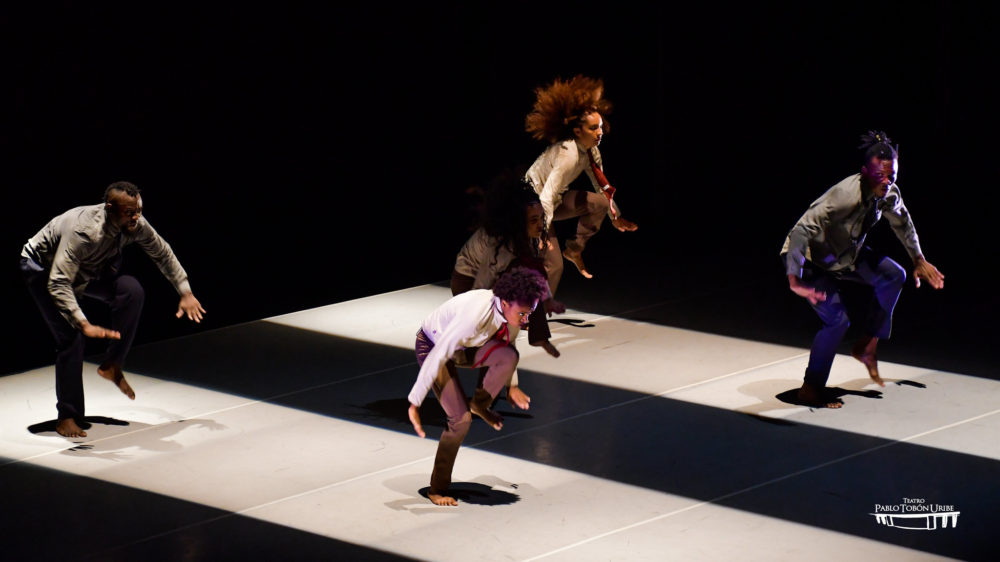 "Sankofa means a ‘returning to the root.’ More than a word, it is an African philosophy that proposes a recognizing of the past in order to understand the present, and conceptualize a better future,” he said.

Palacios himself, is a product of confluence. With his father from Chocó and his mother from Antiqouia, Palacios calmly embodies the tension of Afro-Colombian, Afro-descendants in Medellin. Recent findings from World Population Review found that 84.2 percent of Medellin’s population is considered mestizo or white while 10.4 percent of the population is made up of Afro-Colombians. Paisas, meaning people from the department of Antioquia, of which Medellin is the main city, are notoriously regarded as homogenous and closed-minded. Beyond being closed off by mountain ranges, paisa culture and politics are typically more conservative and traditional than the rest of the country.

For this reason, Sankofa Danzafro draws from the movement and marginalization of the black people in Colombia: to move through the world disturbing the air but without pounding the pavement. This was the warped kind of existence portrayed by the dancers as they threw their bodies around in unison but landed gracefully on their feet. It was exactly the absence of percussion that made the performance frenetic yet quiet--as if language were stripped from you at the very moment your existence was threatened.

“Dance is a political positioning anchored in the body,” Palacio said. “We dance to save our lives. We dance to create community ties. We dance to create identity. We dance to narrate our own stories. There is an endless flow of feelings, of testimony, of narration of black people that I believe the world is losing and it’s urgent and important to rescue.” Despite the universal themes in La Ciudad de los Otros, the performance specifically addresses the Afro-Colombian experience in a way that falls outside of common tropes and stereotypes of black migrants. This type of blackness doesn’t dance to entertain, but to survive. It doesn’t seduce but rather reclaims autonomy over its body. This type of blackness is complex and also plural. 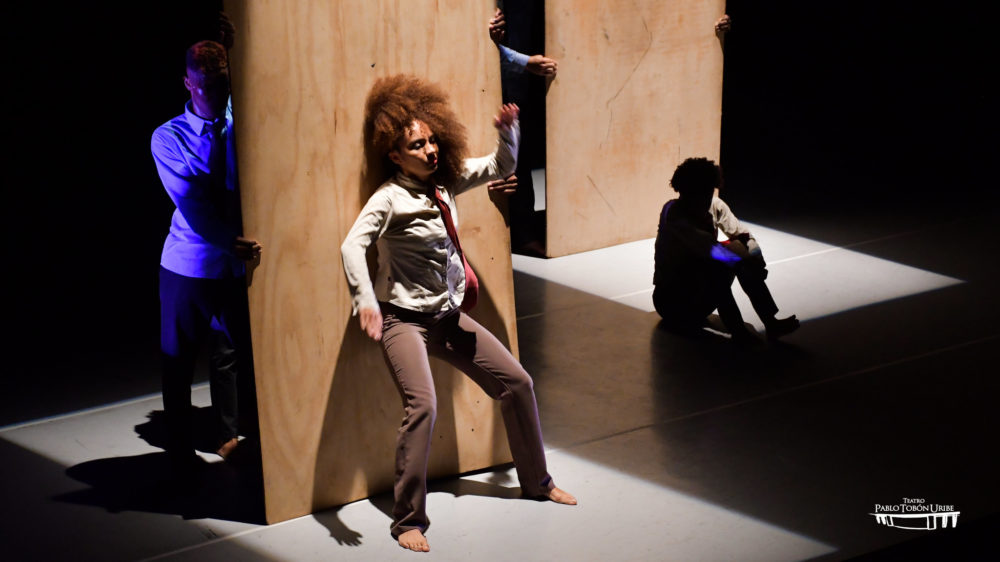 Buffeted by black masculinity, the female black experience was a major theme in the performance. One of the most poignant segments in the show occurred when the female dancers pounded against tall slabs of sheet wood propped up by the men. Another was when each of the dancers performed an exaggerated move—sensual, aggressive, jocular--only to throw it off in a gesture of frustration and defiance.

The entire performance was filled with contrast--the most notable is the prominence of black skin beneath clothes that so clearly represent the pale, hierarchical standards of the West. This struck me as curious, particularly in the context of Afro-Colombians who opt in to these standards as a means of upward mobility and safety. While their movements and dress suggest the oppressive nature of capitalism, their original movement away from their communities suggests a willful dissonance with that fact. In one segment, a male dancer, after much pushing and pulling and contorting, stood in the center of a ring of still, fallen bodies after being hoisted up by a frenzied, zombie-like horde. The literal last man standing survived the episode and promptly buttoned his shirt and straightened his tie.

The themes and messaging of Sankofa Danzafro are both universal and specific. While they address the existence of Afro-Colombians, they speak more loudly to the nature and meaning of that existence. In that sense, art, like activism, plays an important role in preserving and protecting one’s right to express themself. And against the backdrop of Colombia’s past and present, the lasting image of La Ciudad de los Otros does just that.

Jordan T. Jones is the managing editor of a media incubator based in Medellin, Colombia. He has published articles in The Atlantic, The Bogota Post, and Latin America Reports.