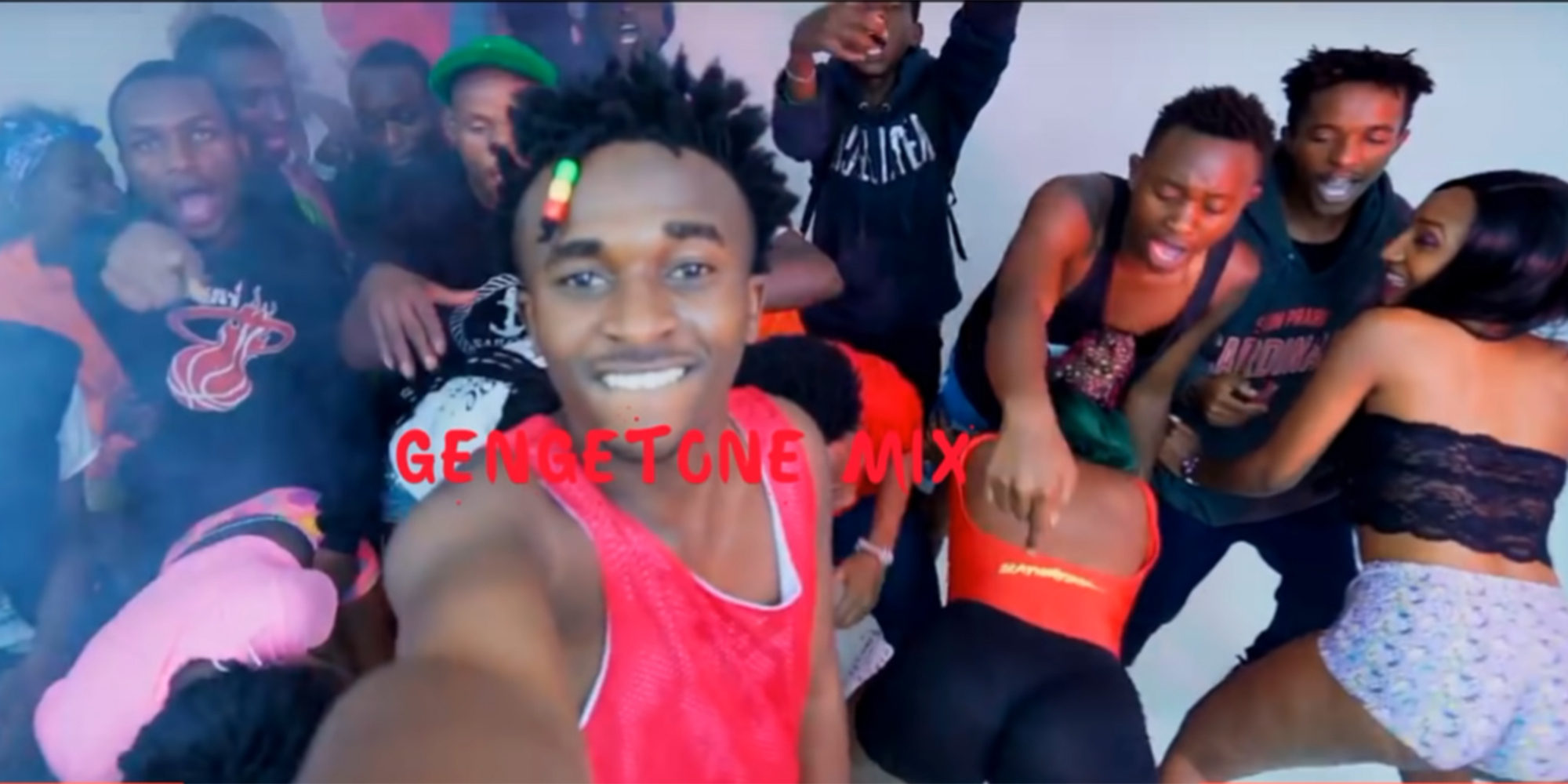 Kenya is an interesting place as far as its musical tastes. It's always shifting. We’re always looking for new ways to express ourselves. We are a country that is very active on social media. We just took on the International Monetary Fund with the #KOT (Kenyans on Twitter) campaign, urging the International Monetary Fund not to lend any more money to the Kenyan government because individuals in the governments had just been pocketing billions of shillings, millions of dollars. So in every way we are disruptive. There is no one way. There is no one Kenyan sound.

The trio H_art The Band that sings this song are good friends of mine. They came together on the spoken-word circuit in Nairobi. This song just touches me every time I hear it. Every time I’m at a low point, or when I've had a couple of gin and tonics, it's the song that I default to. “El Shaddai” by H_art the Band.

We can't talk about Kenyan music and not talk about the style called gengetone, a style that sort of takes Jamaican dancehall and puts this Kenyan twist on it, including the use of a Kenyan hybrid of our national language Kiswahili, with some other local languages and English. And that language is called sheng. Gengetone has taken the radio waves and the internet by storm. Kids in their early 20s are putting out songs that in the first week are garnering millions of hits. There's no other way of putting it. It is a sexual revolution, and the censorship board has tried as hard as it can to muzzle the musicians making this kind of music. But the rest of us are like: Hang on. This is the young people of Kenya saying, "Look, we are living in a Kenya right now where politicians are getting away with ridiculous financial crimes on a daily basis." Our president is on record saying that $20 million gets stolen from the Kenyan economy every single day. So when the censorship board decides that they're going to ban these kids for sexually liberated content, this is kids saying, “We don't care about the societal rules anymore. If the adults are not going to come out and say what's wrong with society, then allow us to express our freedom in these ways.” I think that gengetone is giving voice to a new generation of freethinkers. Gengetone is the wordsmith’s playground, turns of phrase and clever lyrics done to this amazingly infectious beat. Here is Trio Mio with the remix of “Cheza Kama Wewe,” featuring Meija, Exray and Nellythegoon. Gengetone Nairobi style.

This EP Catch a Vibe was pretty intentional in the fact that it has a lot of Afrobeats sewn in there. Afrobeats and r&b is kind of the foundation. But there's some hip-hop sprinkled in there. I wanted this music to cut across. I want Africans anywhere in the world to be able to listen to this and feel that identity, feel proud to be an African… Is there a box? Yes. There is definitely a box. Every time I go to, like, a more local Kenyan radio station or TV show, they're always like, "Oh Karun why don't you sing in Kiswahili? Why don't you use these types of beats like kapuka types of beats or gengeton?” You know, there is a box. Because people are like, "If you don't do this then you're not a Kenyan artist." But I think the fact that I am a Kenyan making music means that I'm a Kenyan musician regardless of what kind of music I make.

“Jam Down, Simmer Down” was an encapsulation of my feeling about living through a pandemic. Things slow down, chill out. I just want to jam now, simmer down. Actually I think “Simmer Down” is one of the songs that made the Wailers blow up. So when I was writing that song, I was adopting a Bob Marley-esque voice. I love the way Bob Marley used to write because it feels like it's so simple, like anyone could write it. But not anyone can do it. So when I was writing that, I just put on my… "What would Bob Marley do in this situation?" I feel like art influences art. So someone else's artwork will influence me, and I will influence someone's art. So when I'm really chilling, I'm not listening to my album. I'm listening to someone else's work. Like right now, for my new project, all the dance ideas… Like when I go to the countryside for example and I was hearing the drum rhythms in the drum patterns, or I'll go to church, or I'll go to a club and there will be a band playing and I'm thinking, “What can I add to this idea to take it to the next level?”

My stage name is Juliani. I'm a hip-hop artist, but I do live music, live performances. THe most important thing for me is the ability of music to create a future, to create a reality. Because we live in a society, a reality where people don't know anything beyond their setting and their surrounding. So how do we get people to imagine the world the way they should imagine it, the realities and the beauty that comes in the world. And how do we disrupt it. “Locks to my Socks” is about identity. I feel like everything starts and ends in identity. Everything humans do, they do to create an identity. You want to have a big car… You dress up the way you dress up to show your identity and who you think you are. For me, I'm real from my locks to my socks. I'm not trying to be somebody else. That's the kind of message we're trying to tell people. People accept you for who you are. You don't need to be anybody else.

There are many ways of fighting the social justice fight. And Kenyan women are taking the lead in defining their roles in the music industry and the society at large. They're taking the lead in the conversations around sexuality, in the conversations around gender violence. Not just to be seen, but also heard. This song by the excellent Nadi Mukami featuring Fena Gitu and Khaligraph Jones is the epic party jam, “Tesa.”

When I was growing up, there were so many restrictions on teenagers and 20-year-olds, on the way we thought and how we could get our music onto the airwaves. I tell you, the revolution won’t be televised, but it will be on YouTube. This song by Movaz Warombosaji Nation featuring Brany Maina, is a wonderful dance track, Amapiano inspired. Here is “Danger Dinji.”

After spending about a decade away from Kenya, the excellent Nyashinski came back and took his rightful place on the throne of hip-hop, blending it with gengetone. He teams up with a relative newcomer Chris Kaiga, whose laid-back easy flow finds its place right here on this song, “Hapo Tu.”

The style of music that Kenya was best known for in the '60s and '70s and maybe even the '80s was benga. There's been a resurgence of benga and rumba with groups like Sauti Sol and Bensoul, writing these amazing songs that hearken back to that style. Ultimately it's the guitarist's paradise. Benga has informed a lot of the music that still place in Kenya, and will continue to do so.