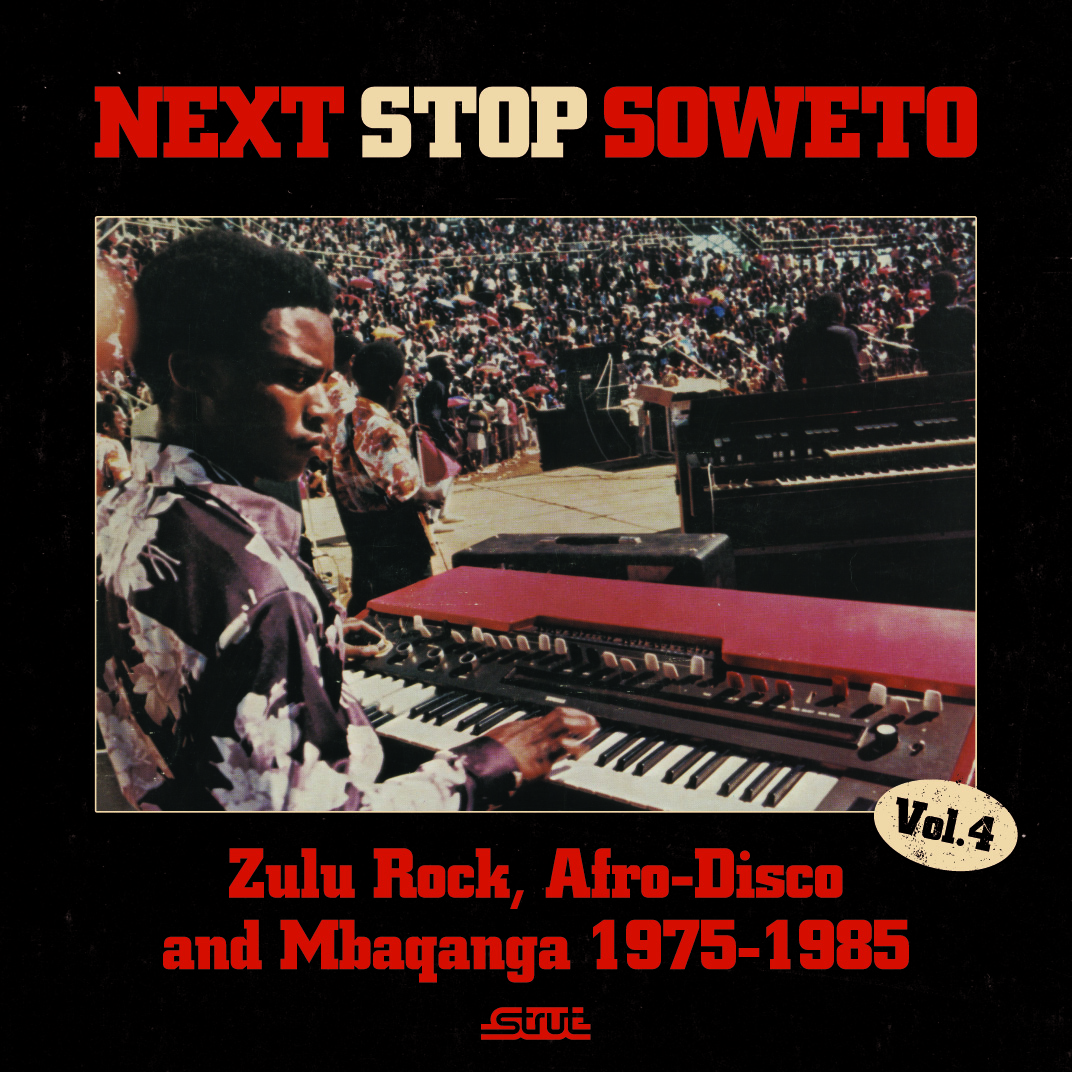 We hold these truths to be self-evident: that there was (and is) more great South African music than it could ever be possible to listen to, that a great deal of it is rhythmically mindblowing, in that super-distinctive four-on-the-floor-that-still-swings South African way, and that we will continue listening to Strut Records' Next Stop Soweto compilations until they stop making them.

The latest installment of Strut's consistently excellent compilation series pushes the timeline past the jive, soul, mbaqanga and jazz that dominated the previous three volumes, and brings listeners right into the beating heart of the 1970s. As you can probably imagine, the shadow of disco looms large over most of the tracks of the compilation--from "Get Down" by Isaac and the Sakie Special Band to "Give" by Harari, there isn't any shortage of popping bass lines, high-hat driven grooves, or intricately nestled rhythm guitar lines. What's remarkable is just how far these musicians were able to expand on the genre's original formula while still maintaining its essential texture.

Listen, for instance, to "Khomo Tsaka Deile Kae?," a shimmering minor-key track from the group Marumo. The overall effect of the song is the kind of languorous, nightclub sadness that is one of disco's best calling cards. But if you look closely, none of the details are quite what you would expect--the beat nods to the high-hat, but rolls with a fluid groove that deepens the rhythmic structure. While the guitar has the palm-muted echoes you're looking for, the bass resolutely refuses to walk, and while the vocals are Bee Gees-style stacked choir, the melody couldn't be from anywhere but South Africa.

Of course, disco didn't entirely reshape Soweto, and one of the most interesting elements of the compilation is watching how the mbaqanga groups and jazz players responded to a fast-changing musical environment. Several of the best cuts come from this kind of effort. Saitana (a former member of the soul/rock group the Beaters and jazz-fusion band Harari) delivers the threateningly laid-back funk of "123," which coolly points out that "your time is over/our time is starting." Meanwhile, despite its title, the chorus of "Soweto Disco" by the Movers contains what sounds like Specials-style ska, before Philly-soul strings reclaim the chorus.

Taken as a whole, this compilation is filled with this kind of connection. It's the sound of South Africa struggling through some of its darkest days, and trying to figure out what could come next. While it doesn't yet reflect the politics of joy that would define the 1980s' bubblegum explosion, in the grooves showcased on this album, it's possible to hear the roots of the next decade being slowly worked out. That might sound painstaking but believe me, it's more than worth the ride.