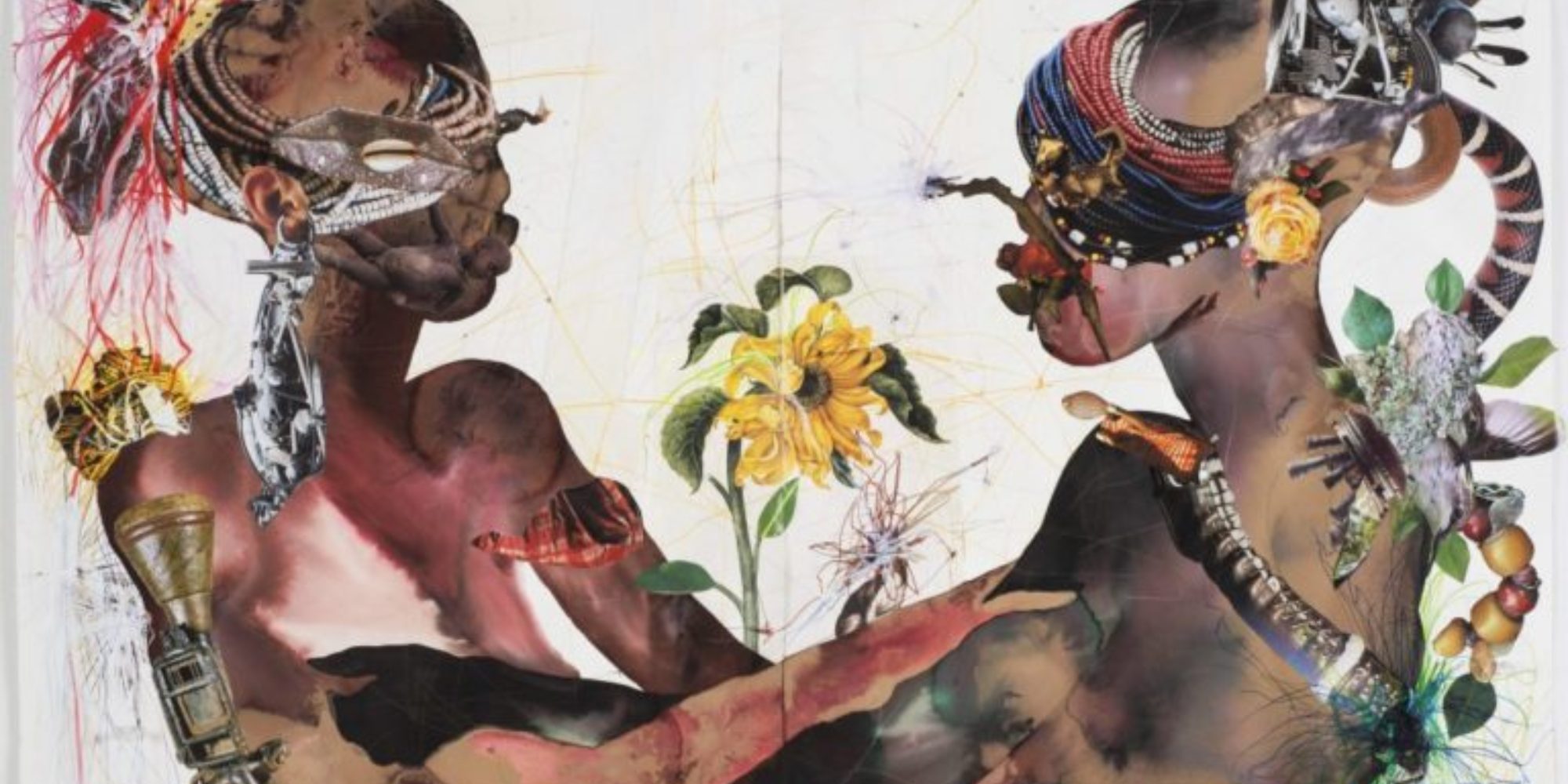 At Afropop, we make it our business to highlight musicians and artists that celebrate the diversity of African music. Music-loving audiences sometimes forget to appreciate all of the hard work, technicalities, and even struggles that led to the creation of our favorite jams. While we’re excited to give our continuous support to the rise of Nigerian Afrobeats, we also acknowledge a more obvious perspective about the culture surrounding this genre. Because this is a male-dominated genre, it’s not always open to presenting the realities of the women who have struggled throughout their journeys as performers and musicians. Here are some influential female artists who have defied all odds to create despite their challenges within the music industry.

All about girl power, this London-born artist first formed her passion for music in a female band called Boadicea. Following a separation of about two years, Shay became the lead singer for a pop group called From Above, which toured with Beyonce on her “I Am…” world tour. Moving forward with her own musical goals, she went solo in 2011 when she decided to be an Afrobeats artist.
In contrast to the stigma placed upon many female artists, Shay believes that one of the biggest issues for women in music is that they don’t do enough collaboration. During her appearance as a guest on the online women empowerment talk show, Trendsetters with Yaa Somuah, she simply states that “women need to get over whatever egos they have.” She continues in the interview, saying that women in the music industry need to get along with one another more and uplift each other instead of competing with one another for approval from the public eye. Check out her hit, “Iwaro,” an upbeat song about shining as a star.

This American-born singer/songwriter has taken a step further in her career by building her own record label. After her experience of alleged abuse by her former manager, she decided to start anew and uplift herself as well as other females around her. In her EP, Love vs. Money, Nyra puts raw emotion into the songs, reflecting her challenges as a female artist. “With some of the things happening in the industry, there is no love involved, the real you comes out when you’re put on the platform, so Love vs. Money is basically different songs talking about that.”

Despite the position she takes in her music, she continues to be a one-of-a-kind artist to her fans and music lovers alike who enjoy her unique style. Check out her hit, “For My Matter,” a seductive song that vibes with traditional ragga beats.

This electro-pop/soul singer has earned her stripes for making music with strong themes of women empowerment. She has been recognized by countless artists and was even invited by Mary J Blige to support her at the "Sisters With Soul" concert at the Expo Centre Lagos. Temi’s music has been noted in the magazine Music in Africa as a “contribution to the Girl Power movement” because of the political conversations in pop culture it creates.

Her experience in a male-dominated industry has pushed her to stand up for the voices of women who struggle to balance their talents and their record label’s norms. “Nobody likes change, especially the African market. They want you to change your music to sound more like what is out there, show more flesh, do more booty shaking to get your ideas and music to sell, make it more commercial, make it sound like what is already out there, that sort of thing. But, I believe that it’s better to fail at originality than succeed at imitation,” she says. Her powerful words sum up only a portion of what her music continues to display. Check out her hit, “School Your Face,” a song that shows a profound connection between female energy and emotion.

Crowned as one of the first ladies of African hip-hop, Sasha P acknowledges the creative side of the music industry versus its business side. Although it has been a decade since her last album release, she is currently recording a new one that is enriched with live sounds. In addition, she currently she combines her creativity with entrepreneurship as she works behind the scenes in an artist development and production company called Purple Fire. With the coordination of other artists, she is working on a documentary that exposes real inside experiences in the music industry.

Remaining neutral on the subject of discrimination against women, she claims that disparity is more of a reflection of the media than just within the industry as well. In an interview with Punch, she shares: “The media needs to encourage and foster healthy relationships specifically amongst women in the industry. Our individual talents are unique to us all and after 15 years in the Nigerian entertainment industry, every female artist’s success is my own too. We have come so far and I’m proud of all of us.” Check out her hit song, “The Only One,” a laid-back jam with some electro-beats.

This triple threat of a singer, songwriter and actor is topping the charts worldwide. Her work and collaborations have set her apart from other female artists in the African pop scene. However, she’s also had her share of discrimination and mistreatment as a woman in the music industry. Nevertheless, she hasn't let the negativity of others stop her from making strides especially in ways that inspire her fanbase and other female artists.

Making BBC’s Top 100 list of Most Inspirational and Innovative Women, Tiwa Savage chooses to inspire women by messaging through her music that creativity is not a matter of gender. However, she notices the disparity of effort it takes for women to become more well-rounded and respectable artists. When responding to how it feels to be compared to men in the music industry, she replies with, “You have to deal with it. If it means you have to work 10 times harder than your male counterparts, don’t complain about it, do what you have to do.” This tough-love stance is one she takes in giving her all, as a performer and supporter of cultural music. Check out her track “Eminado,” a song that literally translates as “good luck charm.”

This Afrobeats artist is one of the first female rappers of Nigeria. Beginning her group with four friends from secondary school, she first formed the hip-hop group Weirdos. After their separation, she was inspired to go solo and make a name for herself as she faced challenges as a woman who wanted to change the scene of Nigerian hip-hop.

Speaking of the obstacles of stepping out on the recording scene with all men, she says, “It was sort of like a boys' club. But I told myself, ‘yeah, I’m coming through and I’m going to smash through that wall.’ So it was difficult, but I stood my ground, I was like, I’m not going anywhere, you embrace me or you die.” Her strong words represent her musical mission to help others not to be afraid of making their statement in the world. She claims that other female rappers in Nigeria are afraid, but she tries to set as an example through her empowering messages in her song lyrics. Listen to “Ijoya,” a song that she says opened her eyes and showed her “that you cannot relegate yourself to the background in terms of how you express yourself.”

Yemi Alade is no stranger to the feminine mystique when it comes to a woman’s place in the music industry. She believes that women naturally express themselves more, therefore females have an advantage when it comes to creativity. However, she notes that it’s more than industry issues, but a cultural issue. “I would say, to an extent in Africa, females are viewed as the lesser gender, we’re not seen as a powerhouse, if you know what I mean, the guys are given preferential treatment in terms of respect and every other thing that comes our way. But through it all, we shine and we conquer, and we’re very much among the best.”

Alade’s musical works stretch beyond the spectrum of empowerment. She’s partnered with Shell to support countries in need of electricity. Check out her version of “Best Day of My Life,” a song dedicated to the sponsorship of Shell’s initiative to provide clean energy to those in need.

With both beauty and brains, Nigerian artist Niniola has made her way to stardom without forgetting her roots. Born in Lagos State, Nigeria, she began her passion for standing out through participating in various competitions. Soon after graduating from the University of Lagos, she placed as third runner-up in season six of Project Fame West Africa. Receiving an Afirma award for Best African Collaboration, Niniola continues to aim high in her musical career to achieve more as an artist in Nigerian house music.
Despite the buzz about management and record label administration not being so gender-friendly to female artists, Niniola says the industry has actually been good to her. However, she best shows her support to other female artists within the African music scene by noting that she enjoys their music and styles overall. She says with admiration, “I like Yemi Alade, Seyi Shay, Aramide, and basically every female act doing well out there.” Check out her song “Maradon,”  a track about infidelity, with samba sounds and a smooth rhythm.