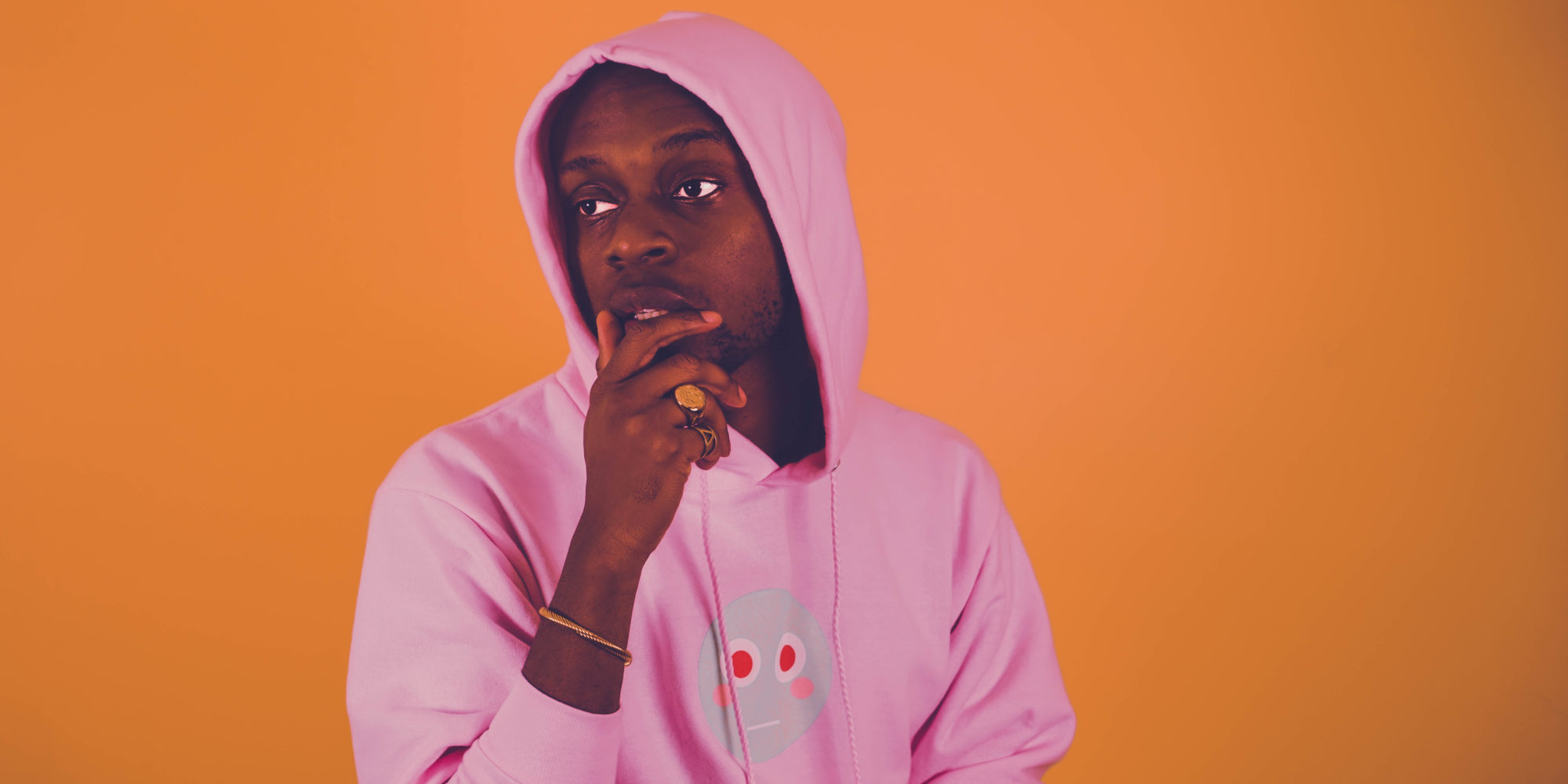 Is there a sound that represents Africans living in America? They have inevitably been influenced by the rise of Afrobeats on the continent while absorbing popular music in the States, so when it comes to creating a sound of their own, how does one categorize it? Young Nigerian rapper Obie Iyoha explores this sound in his latest single, “Karats,” from his forthcoming album Pink Moon. His exploration as a rapper and visual artist began as a member of the hip-hop collective, The Black Opera, before releasing an innovative mixtape, “The Low Key,” and finally his debut album Midnight Run in 2016. For the release of “Karats,” Obie explains the inspiration for his new music in a phone interview from Detroit, MI with Akornefa Akyea.

“Karats” was inspired by Obie’s trip to Nigeria at the end of 2016, where he also reunited with a cousin who was recently been deported. He is the youngest of five, born in Greensboro, North Carolina while all his older siblings were raised in Nigeria. While he had visited the country in his youth, his latest trip to his family hometown in Edo State was with the lens and perspective of an adult.

Obie Iyoha: “Karats” is me reflecting back on my trip to Nigeria actually as a full adult. I got to go out into the city and connect with my peers and work on music and really be in the area. I also got to see my cousin who had been deported from Canada about a year before that. It was really shocking. He didn't do anything wrong, he just wasn't keeping up with what he was supposed to do. He got caught in the net and slipped through the cracks. It was a bad time for everybody in the family. I got to see him out there and that really motivated the song itself because I was there and was seeing a lot. I plan to actually go back out there in the next couple of months to work on music.

Akornefa Akyea: Clearly the Afrobeats sound is influencing your work a lot. Would you say that's a new direction for your music?

So the crazy thing is, it's so weird seeing everything happen now because I swear, in 2009 and 2010, that's when we were hearing about Wizkid. That's when we were jamming out at parties. I was rapping then and I was like, this stuff is going to blow. It's going to cross over! But every time I would try to find a producer to make that music here in the states, I could not find a producer. They couldn't do it and I couldn't produce either. So then I started to pick up production and then turn by turn I met this producer called MotorcityMello. He’s from Detroit and he's a full-blown musician. He plays multiple instruments and when I came to him I knew, now I'm really going to be able to do what I'm trying to do here. My music has jumped up levels just by being able to be in the studio with somebody who knows music and can build music around me for what I want. I'm not saying I wouldn't do sheer Afrobeats but my thing is it's a very fusion style. I grew up with a lot of different influences--I'm an Odd Future kid. But then I also love Afrobeats. I love rapping. We were able to make this blend so finally I'm able to put that together. It's right in the nick of time that everything's starting to cross over. People are more receptive to it now. The timing is really dope.

Is your producer, MotorcityMello, Nigerian?

He's African American. I would send him music like Fela, Brenda Fassie and we started listening to more '90s artists like 2face and then newer cats out. I had to put him on, then he started to catch the vibe. He's a musician, he plays drums and when he started to add that to the songs, I was like, now we are really rocking! We've been working together for about a year and a half to two years and we're finally starting to cook stuff. It’s all coming from one producer so it's very unified.

That must have been really exciting!

It was so exciting.

Exactly! I shot a lot of bricks before that. You know, trying to get someone to make the beat and it would sound dinky. I'd send it to my cousins and they would be like “nah that's not it!” Even myself, I wasn't as smooth on the beat as I wanted to be so it took a lot of growth to get there.

Are you speaking in any other languages on the track?

Barely. I rap a little in Edo. I hear Edo but I’m not super fluent. I wasn’t raised there but I have no excuse [Laughs]. I have friends who were raised here who speak it fluently. It is what it is! I also have a little bit of pidgin speckled out in there.

Nice! Have you performed “Karats” yet?

Yes, I performed in Toronto. I did a set with this artist named Adria Kain. She's really talented. It was really cool to vibe out with the crowd and it was my first time performing it.

Are there any other influences in your music, and how would you describe your sound?

My oldest siblings were all raised in Nigeria and moved here when they were teenagers. I'm the youngest so I didn't have my own music taste. I just took what they were listening to. My biggest influences were the Fugees, Outkast… the Fugees mainly because Wyclef brought this Afro-Caribbean style to hip-hop--the first I'd ever heard of--and it kind of made me feel like I was included at that point. So that was really big for me. Definitely getting older I would listen to Lupe Fiasco and Kanye just like coming out of Ann Arbor, skateboarding and stuff. You know, being an “alternative black kid.” It was really cool, as I got older, everything became more inclusive.

Growing up, my parents would listen to highlife music up and down and I didn't like it! I always connected it with Sunday mornings, having to clean up and there was food cooking and I'm hiding because I don't want to do any work [Laughs]. But now that I’m older, I'm kind of digging through the crates to get that feeling for what I'm doing. I definitely was influenced by Odd Future. When I really started to get into the music, I was really rocking with their vibes and everything. My sound is a fusion of vibrant Afrobeat colors with the hip-hop root. I’m an MC. I spit. I also grew up on rock. The Red Hot Chili Peppers is one of my favorite groups. So I have those influences. I’m really giving myself to the music. I guess the sound is me.

If you are in the Detroit area, make sure to catch Obie Iyoha's performance at St. Andrews Hall, A.K.A. “The Shelter,” on Feb. 14. Hip-hop fans will recognize that that’s where parts of 8 Mile was filmed and where rapper Eminem got his start. Look for Obie’s second album, Pink Moon, this summer.