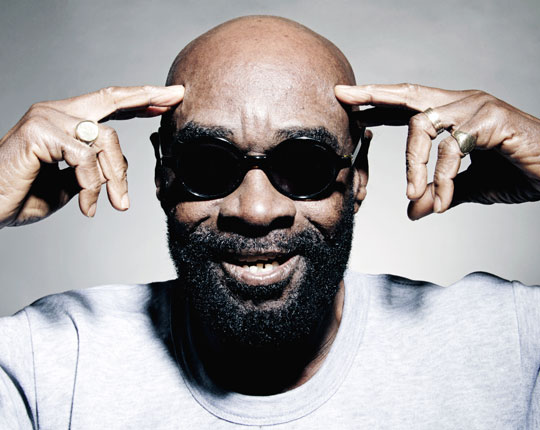 Pat Thomas is a veteran of Ghanaian highlife, going back to the 1960s. He is often associated with the so-called Burger highlife scene out of Germany, where he and many other highlife musicians once lived. But these days, Pat is back in Ghana, and he has produced a superb new album, Pat Thomas and Kwashibu Area Band (Strut). Afropop’s Banning Eyre reached Pat by phone in Accra to catch up. Here’s their conversation.

Banning Eyre: Hello, Pat. This is Banning Eyre calling from Afropop Worldwide, in the U.S. How are you?

I have to say, I’m really digging your new record. It’s a great piece of work.

You probably don't remember, but we spoke a couple of years ago when our team was coming to Ghana. But we never actually managed to meet.

Oh good. We had a great time with your old friend Ebo Taylor, but we never got to meet you.

Well, I'm glad to hear from you again. 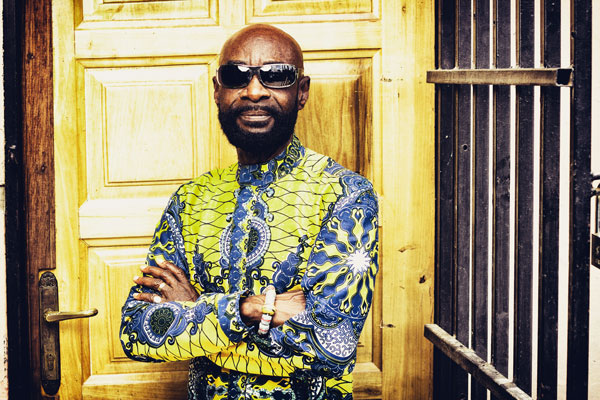 Since this is the first time we've done an interview, I'm going to ask you a little bit about your early history. Tell us how you got started in music, and how you became a highlife star back in the old days.

OK. Well, it all started from school. In school I wasn't doing everything I wanted to in my mind. But then I finished school, elementary school, and I went to live with my uncle who was a musician, the king of highlife.

He's my uncle. So I went to stay with him, and while I was staying with him, I was learning a lot of things like drums, guitar, and other equipment and instruments. And then I decided myself to go to Takoradi. Because I wanted to play highlife in a modern way, which in that time it was modern, but my kind was more modern. So then, I met Ebo Taylor and he formed a band and I was the singer. That's where it started.

What year was that?

1968, so highlife is already going strong by then.

So from then, myself and Ebo moved together. We came to Accra to form another band called Blue Notes. And they chose me to be the singer, and I did that for about two or three years. And from there, I went to Ivory Coast and formed another band there. We stayed there for about a year. And then I came back to Ghana. And then I was really trying to come and stay in Europe, in Germany. At that time, Kutu Acheampong was president, and the military were sent to go to school to form a band for Kutu.

So you were part of the Burger highlife scene in Germany then.

Did I understand that at one time you lived in Canada?

Oh yes, yes. After Sweet Beans, I went to live in Germany for about three years. There, [I got] a contract in London for about eight months, and while I was in London, I had another contract in Canada. I had a program to go to some shows over there. But when I got there, I loved the place and decided to stay there for a while, and that's it. 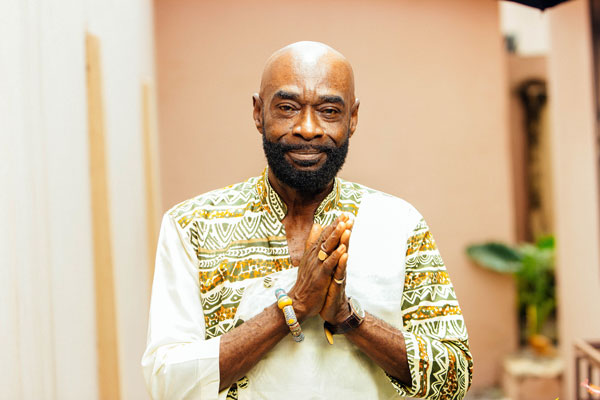 You spent some years there.

I think I might've seen you in New York around that time, at the Kilimanjaro Club.

Yes, that’s right. Then from Canada, I went to New York.

I remember. I think I talked with you on the phone on your radio.

Could be. Or maybe Sean.

Maybe Sean. Yeah, I lived in New York for about a year or so.

Coming to the present, we were in Ghana two years ago, and we got a sense of what's going on with music there. It is an interesting scene these days, with a lot of new sounds. But on this record, you have gone back to the roots, and done it in such a lively, fresh way. What was your idea when you made this record?

Only what I've read. That he’s produced some young Ghanaian acts, and that he plays drums with Cat Stevens.

He’s my boy. He's like my son. He lives in London, and he's been producing other people, and it felt good. He just said to me, "We should do something." I said, "Why not?" So between that time when we had Eric Owusu and some other guys who came in to produce an album, so we can have some shows and contracts and whatnot. That's why we did this album. In fact about two or three of the songs are my old songs. Well, we recorded it, and Kwame also arranged the instrumental, and then I wrote the lyrics, and then we just put it on. 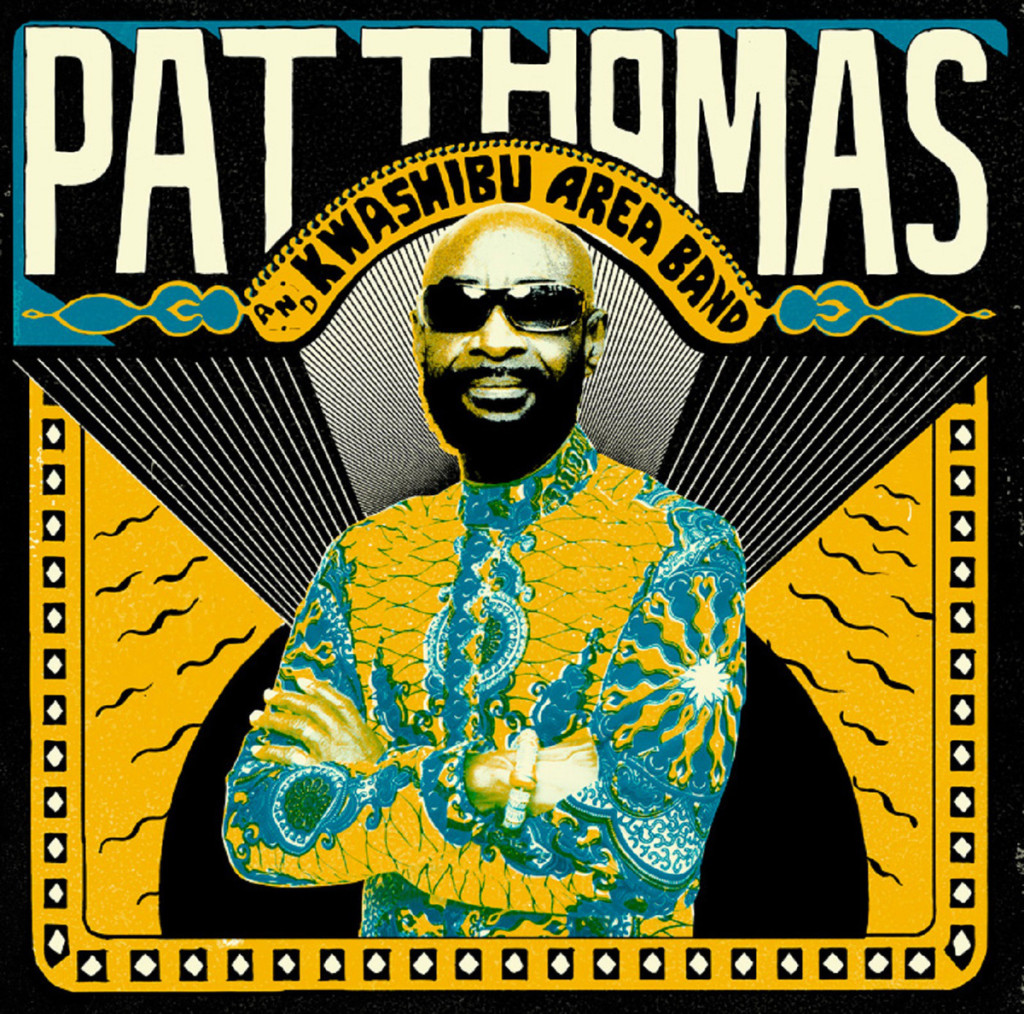 So there are eight songs. You say three are old songs that you've reworked. What about the other five?

The other ones, the new ones, yes, these we made for this record.

Who did the brass arranging, for the horns?

Ebo Taylor did some of that.

I thought I heard his touch. Was it “Oye Asem”?

“Gyae Su” is my song, but Ebo wrote the horn parts.

I thought that sounded like him. He's got a very distinctive touch with the brass section. Let's talk about the messages in these songs. Maybe we can start with the first one,”Mewo Akoma.”

“Mewo Akoma” means "I have a heart." I accept anything that comes to me. I'm talking about family. My family. And in general, family. When there are good things, they don't call me, but when there are bad things, then they call me. You understand?

They call me when things are bad. When I do good, they don't say anything, but when I do one bad thing, they keep on talking about it. You know? That's about it.

Is that one of the new songs?

Well, I know that about family. I think that's universal. What about “Gyae Su”?

“Gyae Su” is "Stop crying, and give yourself to God. When you are weak, call him and and he will take your cares from you. God is there for everybody. If you call him, he's there for you."

To me, that song sounds like the style they used to call syichi highlife. Is that right? 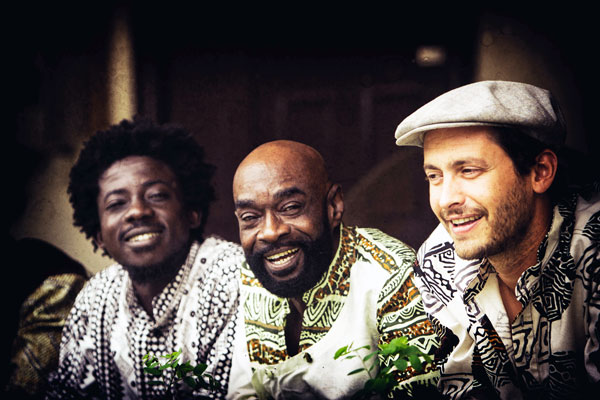 OK, I hear that. It’s kind of happy and melancholy at the same time. Now, the next one “Odoo Be Ba,” that's got some Afrobeat in it.

Yeah, you don’t miss that. He's going back to his roots there.

Where did you record this?

We did it at Kwame’s studio here. And then they did the mix in Germany and France.

What about “Me Ho Asem.”

Well, I'm still talking about a problem on this one. [Sings to himself] Yeah, it's about a problem. If I make a mistake, let's not beat about the bush. Let’s goes straight to the point and talk about it.

This one also has great brass.

[Sings] Yes, I think Ebo wrote that. It's a very hard one.

It's complex. He really shows his jazz influences there. It's nice. Now what about “Odo Adaaba.”

“Love Will Come.” Oh, I told you the other one is that. This is the one that's love will come.

Now this song has a different rhythm.

Yeah, yeah, Kwame created that rhythm. I don't know how he got it. 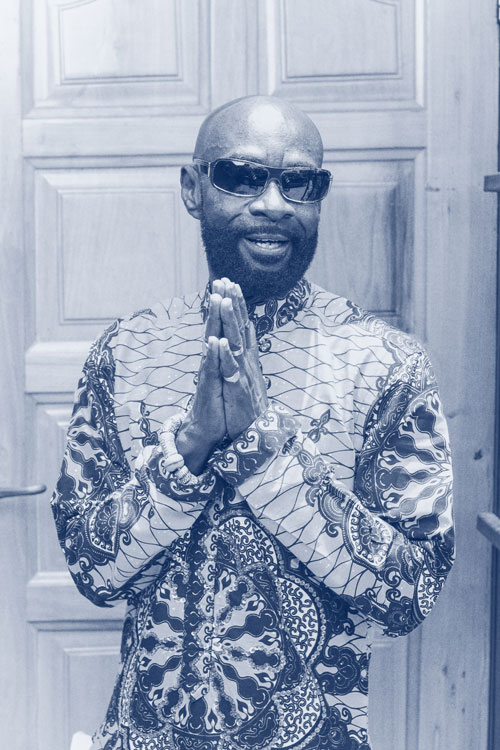 Well, it has a different color. It's a nice in the mix.

“Bre Bre Bre.” [Sings] There will be a time that everything will be over. My hardships will be over, and I will be happy.

OK. And since we've done all the others, we better do the last one too. “Ama Ehu.” This is another Afrobeat number.

“Ama Ehu” is like a proverb. If you pee in one place, you get a foam.

Hmmm. What does that mean? I assume since as the proverb that there is a deeper meaning.

So it's a good thing to focus in one place, and get a foam. 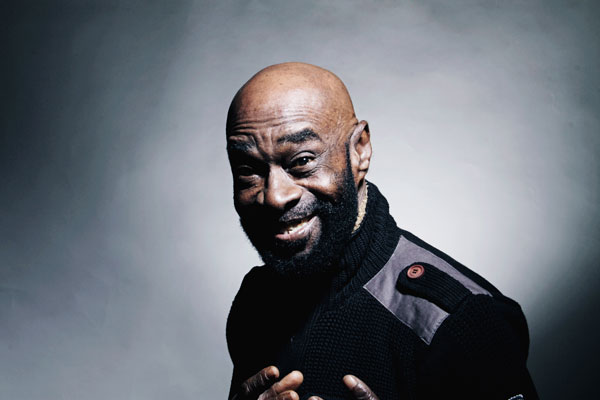 Pat, I want to ask you, for guys my age who have listened to highlife a long time, it's really nice to hear a record like this. It's so fresh. You are really drawing the history and the classic sounds, but with modern production. This is the kind of record I really look forward to. But I wonder, in Ghana now, what is the place of this music? Are young people understanding the power of this classic music? I know they’re into hip-life and Ghanaian rap, and music from Nigeria—all kinds of things. But do they appreciate this music?

Well, for the last two or three years, I haven't done an album on my own. I've been doing collaborations with other musicians. So everyone is really expecting something from me. I think they will like it.

They have not heard it yet?

OK. But if we talk generally about classic highlife music, do you think young people appreciate it?

I know they're going to like it. Because they haven't heard something like that for a long time. That's my belief. They will accept it, and take it. They will take it.

Yes. That's what the plan is. In September or October, we are planning to be in London and in Europe. And maybe in the states too.

I hope so. We need this music here.

If you come, Afropop will be there, because we are very excited about this record. We don't book tours, but I sure will encourage people who do. It would be great to see you here.

That would be lovely.

Well, I'm just happy to be here. I'm doing some gigs. Even right now, I'm supposed to go to a program. I'll be performing at a club.

It's a new place. It's called Baby Blue.

We went to Plus 233 when we were there. Is that still going?

Yes. But this is also a nice club. It's like Plus 233. This is a young girl who asked me to collaborate with her. She's coming out tonight, and we are going to do the song that I did on her album with her. Her name is Susie, a new girl. She's good. 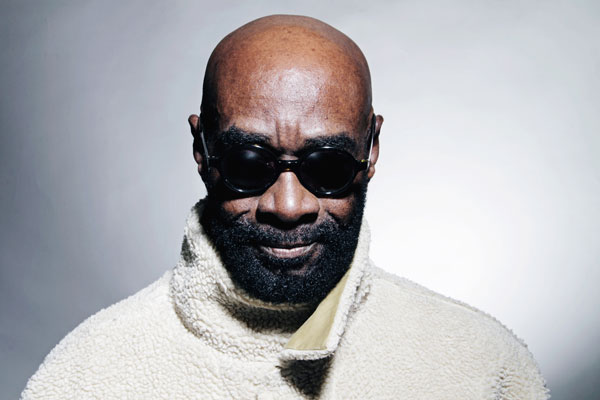 Nice. I know from talking to John Collins about the history of live music in Ghana. Live music kind of disappeared in Accra for a long time. But we had the feeling when we visited in 2013 that it's coming back.

It is back. Already. Not coming. It's back. I'm telling you. Back.

A lot of clubs now?

A lot. The nightlife has come back again.

That's so nice. You have seen the whole history, so that must be very satisfying.

That's it. I'm telling you. You have to see it soon.

We'd love to. We had such a great time there in 2013. Congratulations on this record. I think you're going to be getting a lot of calls about this one.

Thank you so much, Banning.

Thank you. And if you see our friend Ebo, send him a special hello from Afropop.