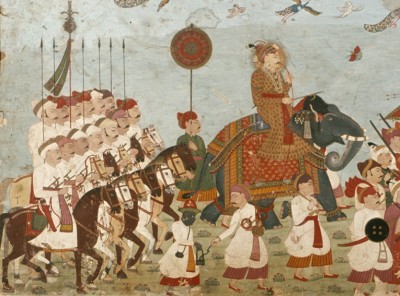 As part of our Hip Deep show, “African Sounds of the Indian Subcontinent,” we explore the history (and, of course, music) of Africans in the Indian subcontinent.

Today, there are about 50,000 Sidis, or Afro-Indians, living throughout India. They are the descendants of Africans who came or were brought to India in several waves over the centuries. Africans first arrived in Indian ports as sailors on Arab merchant ships as early as the 7th century. Many more came as soldiers in the Muslim armies that began conquering India in the 13th century. Even more turned up during the colonial era, brought as domestic servants and slaves by the subcontinent’s Portuguese, English, and French colonizers.

What makes the story of Afro-Indians so unique in African Diaspora history is that although they were brought as slaves, they were often able to rise through the ranks to become military leaders, administrators, and grand viziers in India. Afro-Indian families even became hereditary rulers of two of India’s princely states, Janjira and Sachin, which they ruled until India’s unification in 1947. Often, hints of Afro-Indian influence appear in India’s many painted manuscripts.

One of the guest scholars on our program is Dr. Sylviane Diouf, a curator and historian at the Schomburg Center for Black Culture at the New York Public Library. Diouf put together an exhibit at the center called “Africans In India: From Slaves to Generals and Rulers.” She was kind enough to share some of the images from that exhibition with us. 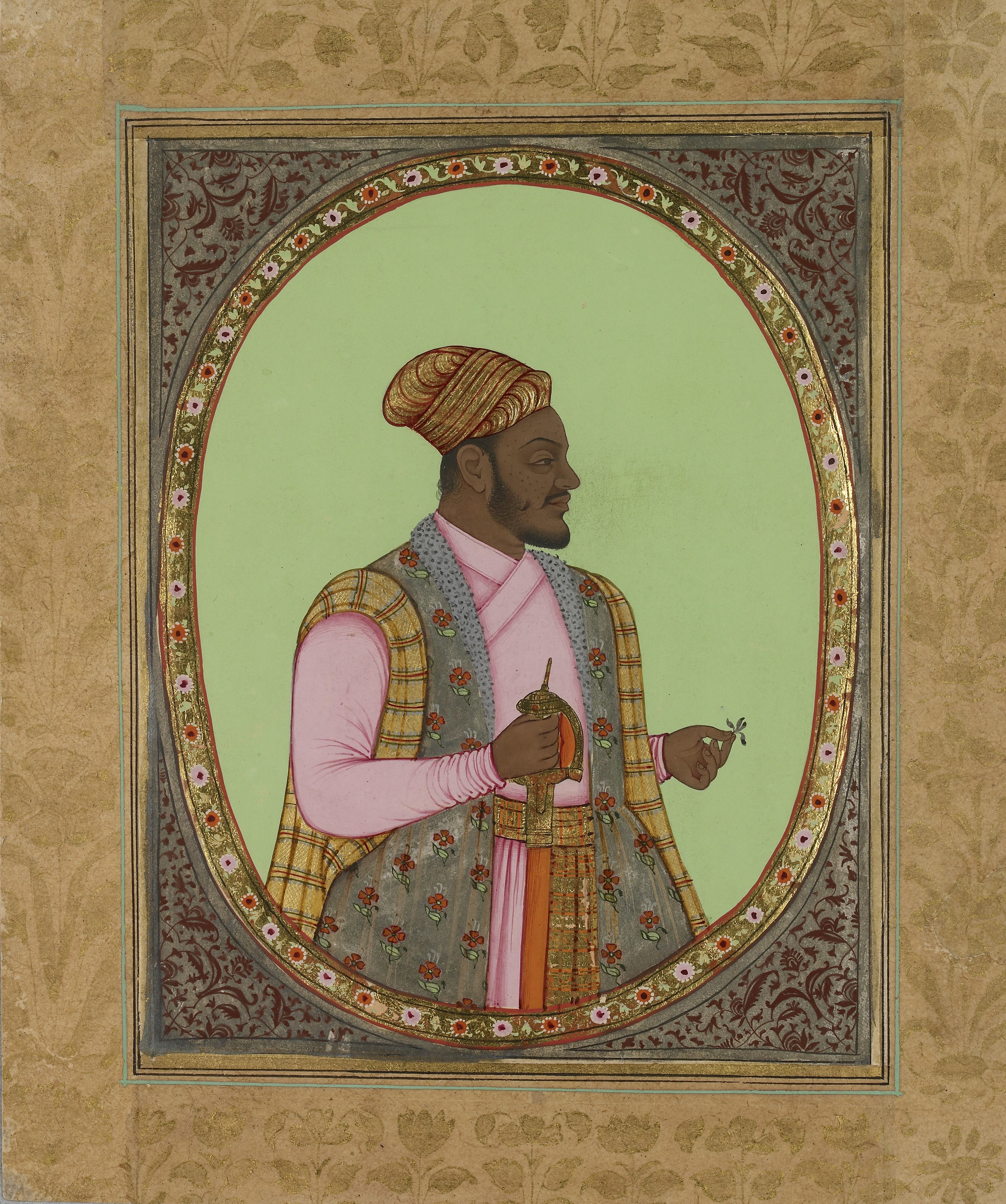 One important African-Indian ruler was Sidi Masud Khan, who served as chief minister to the Sultanate of Bijapur the 16th century.  [Ashmolean Museum. University of Oxford.] 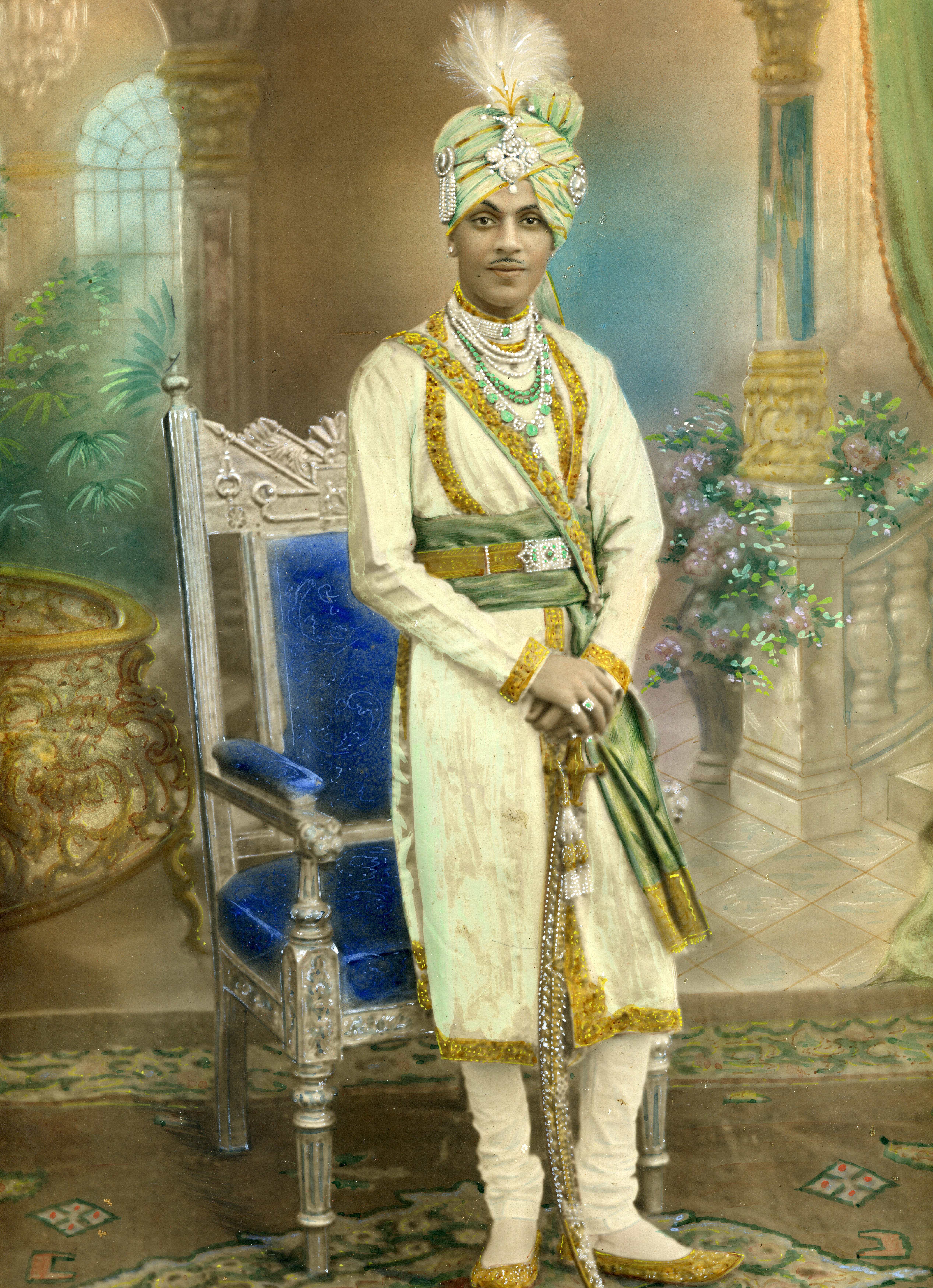 Portrait of Nawab Sidi Mohammed Haider Khan in 1930. He was the hereditary ruler of the princely state of Sachin, in Gujurat. [The Kenneth and Joyce Robbins Collection] 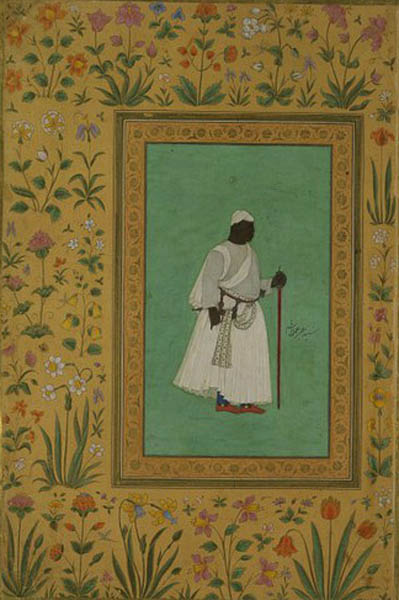 Malik Ambar was one of the most powerful Africans in India’s history. Born in Ethiopia, Ambar arrived in India as a slave in the 16th century, and rose through the ranks to become a general, and then chief minister to the sultan of Ahmednagar. He was known as a great administrator, city planner and military tactician, who kept the Mughal armies of Emperor Jahangir at bay for many years. [Victoria and Albert Museum] 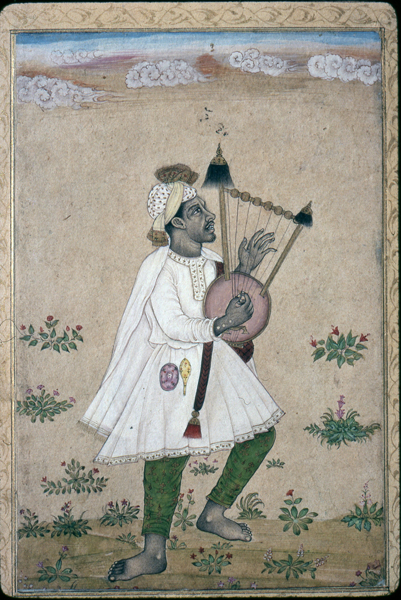 This painting depicts Sidi Sa’d, an Afro-Indian playing the lyre, an instrument commonly found to this day in Kenya and Ethiopia. Although lyres appear frequently in images of African-Indians, they are no longer played by Sidi communities in India today. [Catherine and Ralph Benkaim Collection] 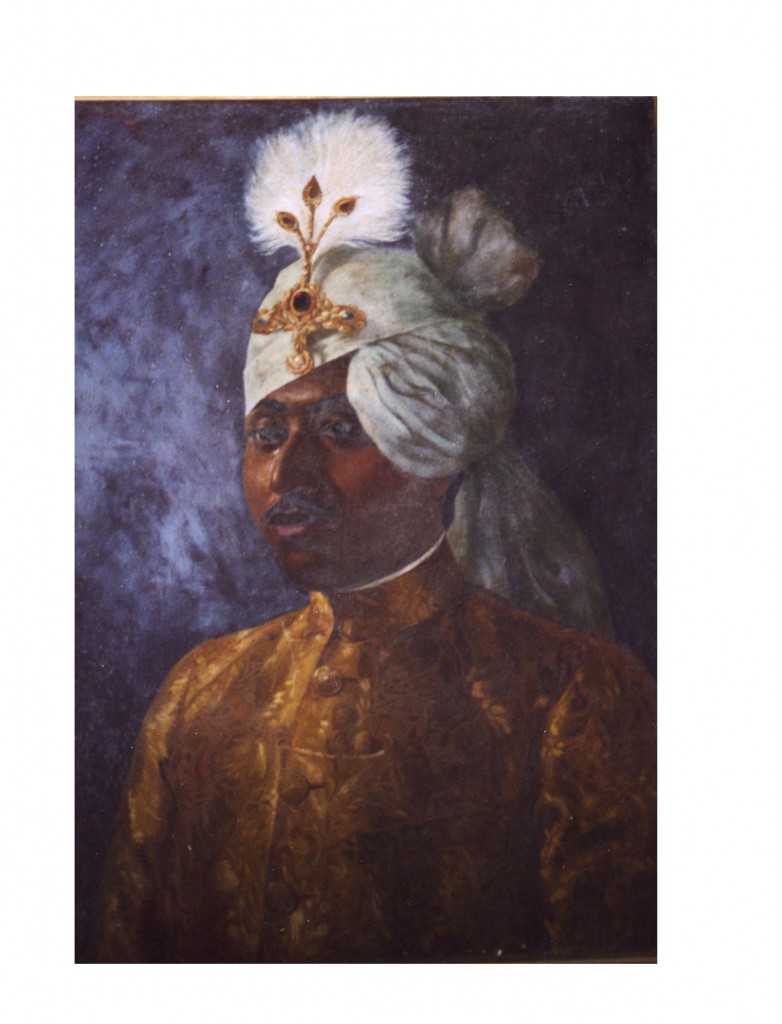 Nawab Sidi Mohammad Khan III, ruler of the princely state of Janjira in Maharashtra. Part of the state, founded by Africans, was an island fortress that was never conquered. The African dynasty ruled the state until 1948 when it was integrated into independent  India. [Portrait by  Fayzee Rahamin] 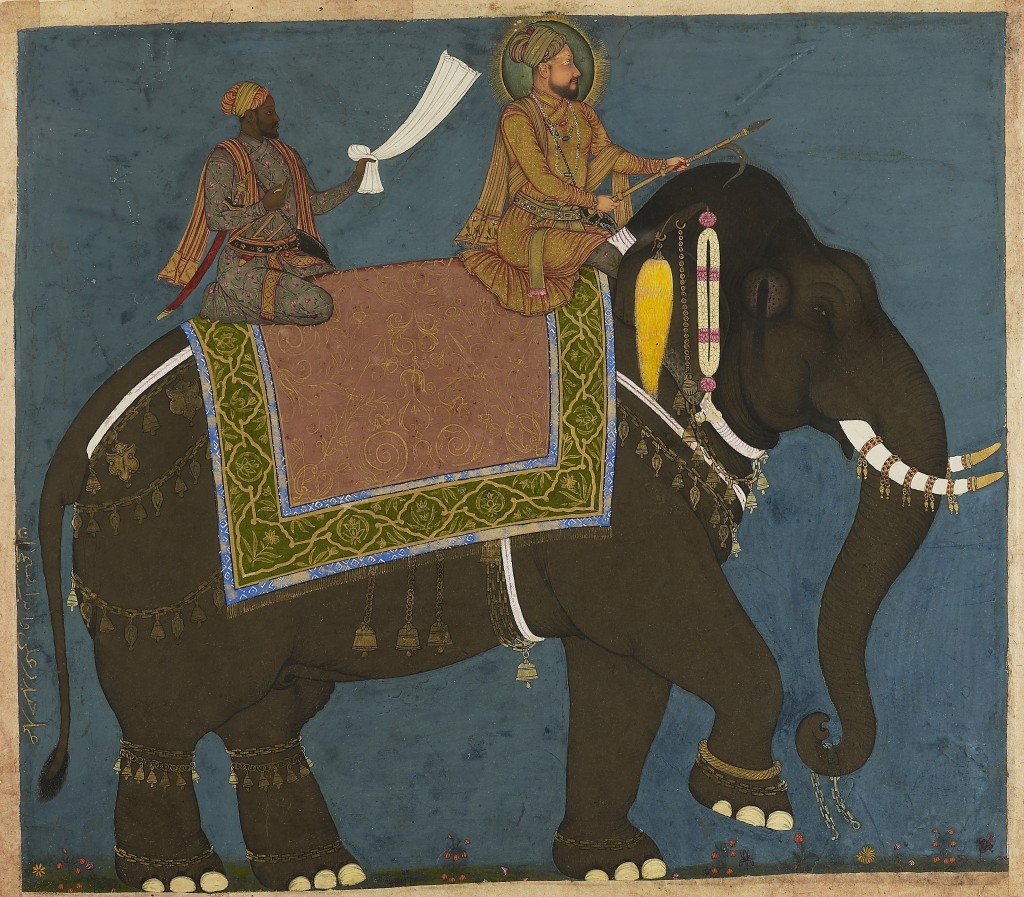 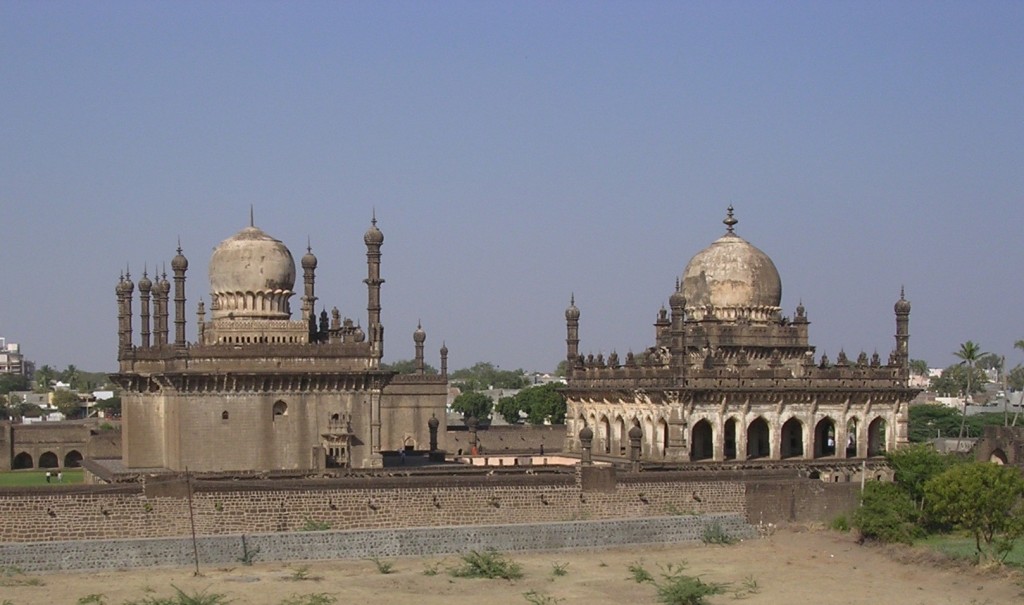 Malik Sandal, an Ethiopian and one-time slave, became one of the most important architects in Southern India. One of his designs was this funerary complex, the Ibrahim Rauza, built after 1597. [Klaus Rotzer] 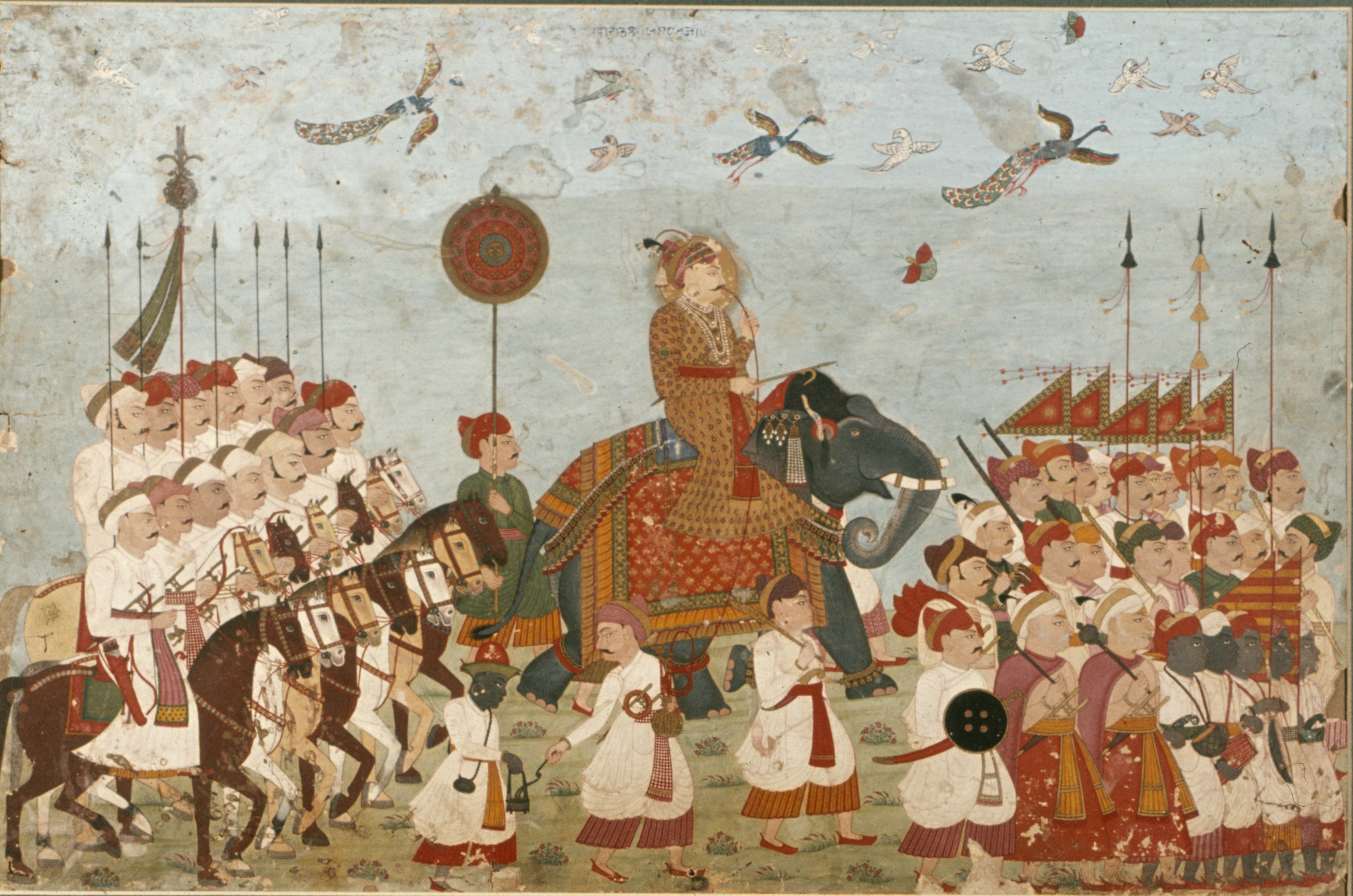 Africans soldiers  had a large presence in the armies of Gujurat, on India's west coast. In this manuscript painting, an African porter is shown carrying coals to light the water pipe of Prince Lakpatji. [Credit: The Kenneth and Joyce Robbins Collection.]

Images courtesy of the Schomburg Center for Research in Black Culture at the New York Pubic Library.