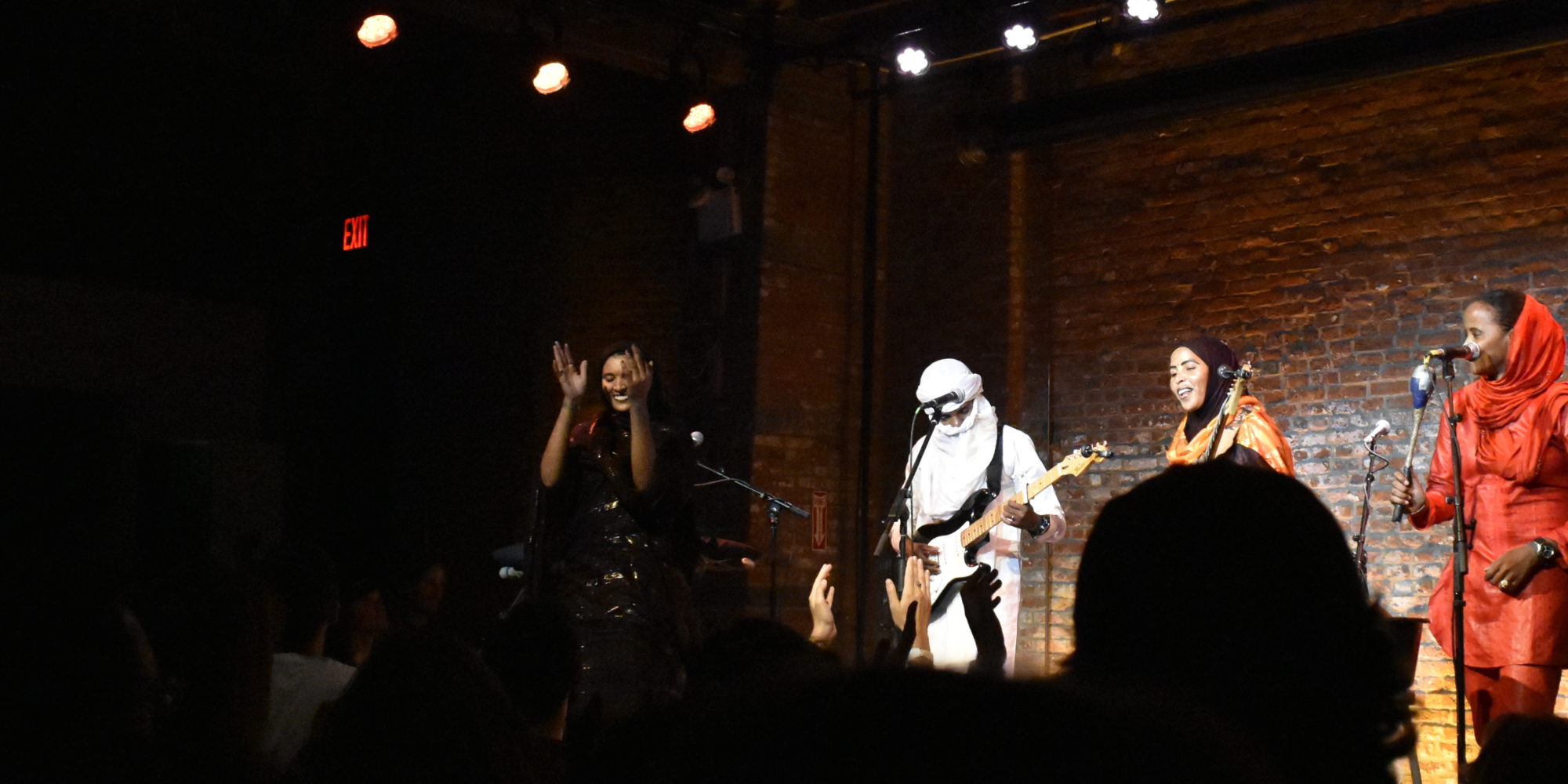 The evening started in hushed reverence and by the end, the whole crowd was on their feet, dancing, bouncing and cheering for more. On their albums, Les Filles de Illighadad seem a lot more mellow than label mates like Mdou Moctor, but even without a bass or drum kit, the Nigeriennes are a slow-burning party just waiting to happen. 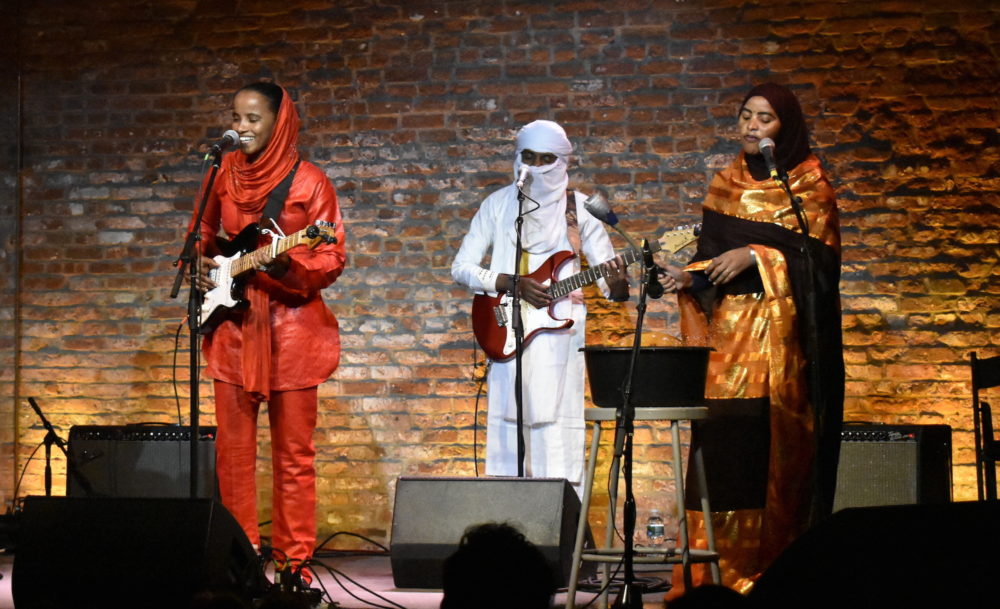 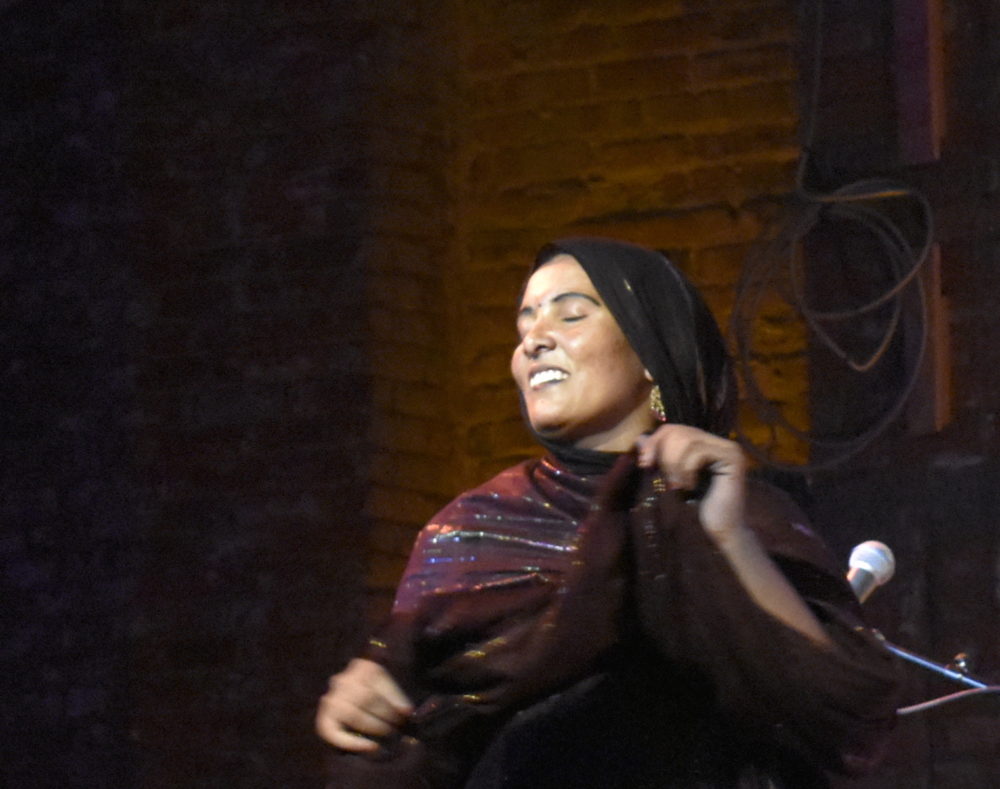 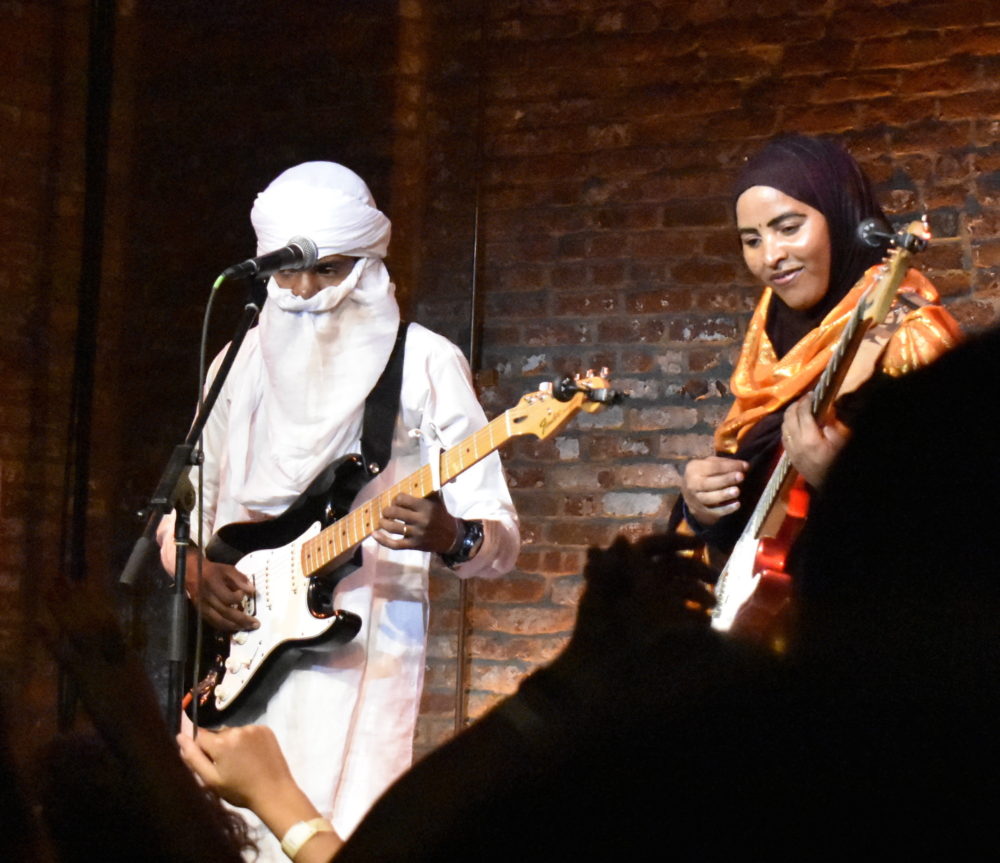 Tuareg music has a way of subverting expectations. Although the international face of the sound is the male-fronted Tinarawin or Bombino, women are traditionally the music makers, and men traditionally cover their faces. Until Les Filles' founder, Fatou Seidi Ghali, started playing the guitar her brother Abdoulaye Madassane brought home, a woman playing the six-string professionally was unheard of. 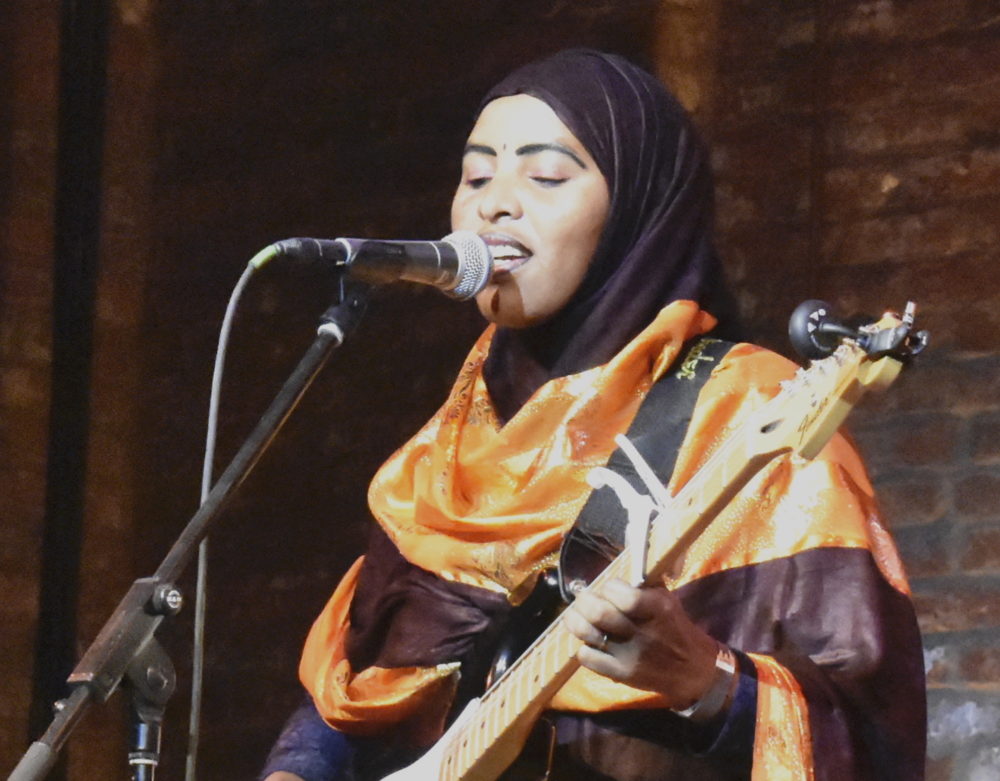 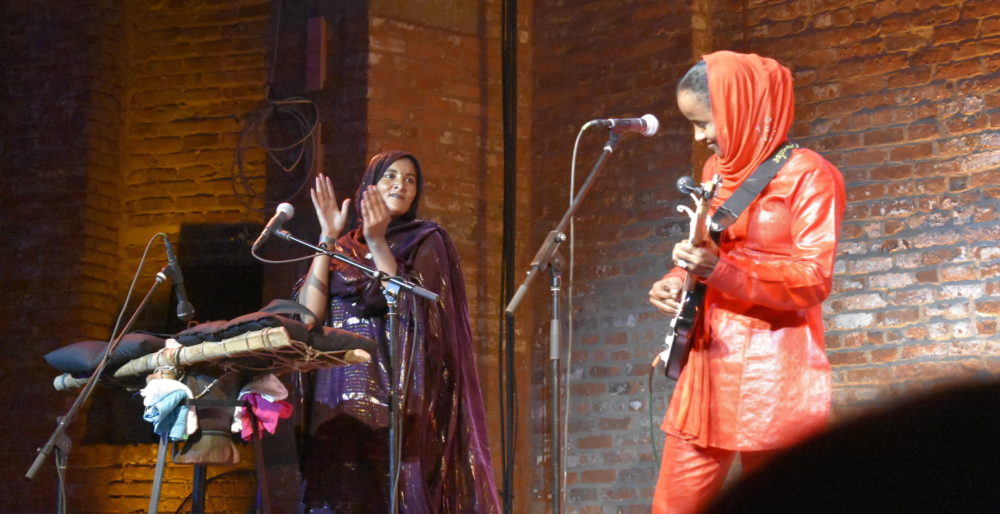 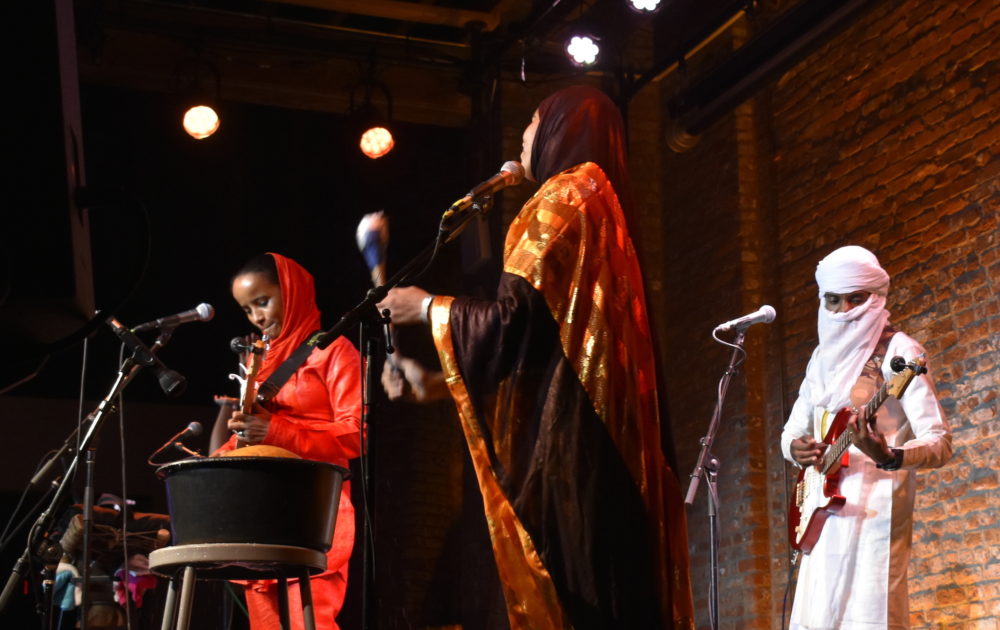 But Ghali and her bandmates—brother included—bring a unique touch to this well-traveled instrument. Melody flickers up like a spark from a fire, riding above the tende, which is both the genre and drum that the band plays, along with a calabash floating in a bucket of water, which one might think would deaden the sound, until you witness the booming bass it produces. 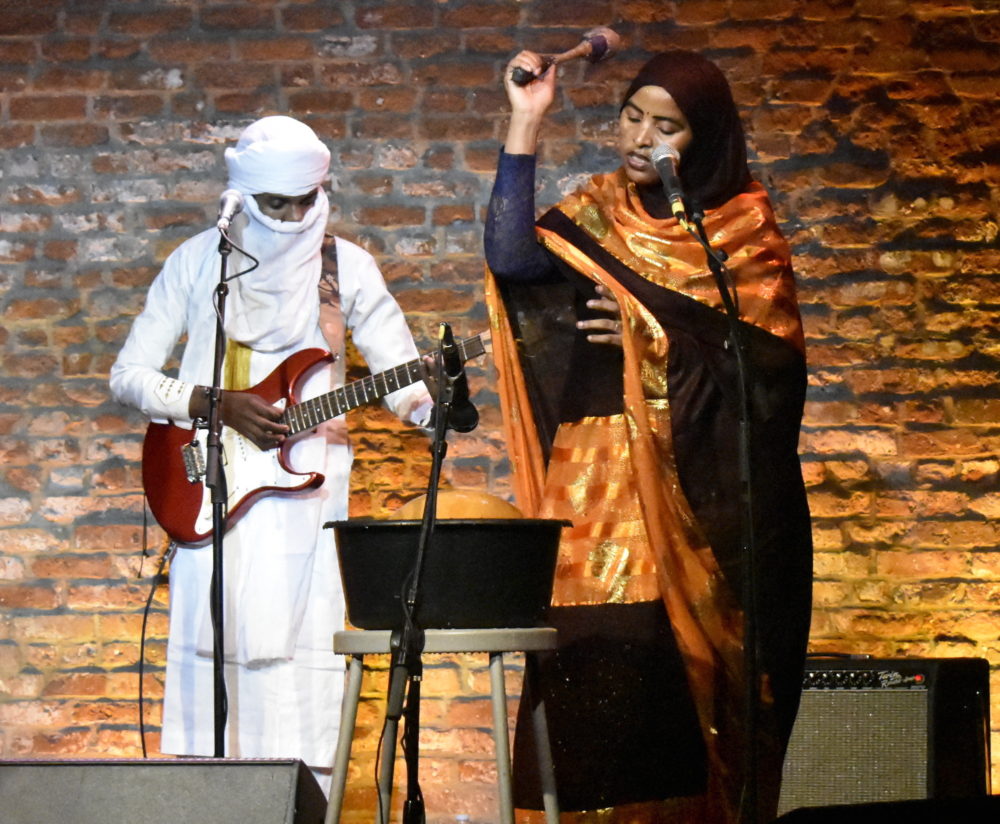 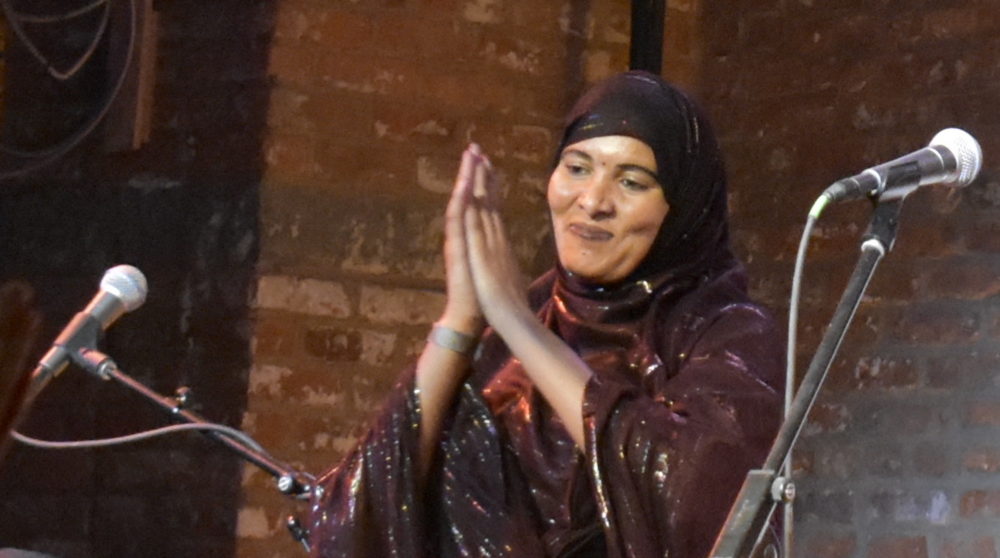 Blocks from Brooklyn's old waterfront in Red Hook, Pioneer Works is a gallery and occasional performance space, and as the band started playing, the audience sat hushed, like a cultural crowd in an art space does. But half an hour into their set, crowd and artists warmed to each other, and Les Filles began swapping instruments and loosening up. They seemed to be sharing inside jokes and smiles, and Alamnou Akrouni took longer and longer breaks from on tende to get everyone to clap, until the whole room felt like they were in on something. And they were. 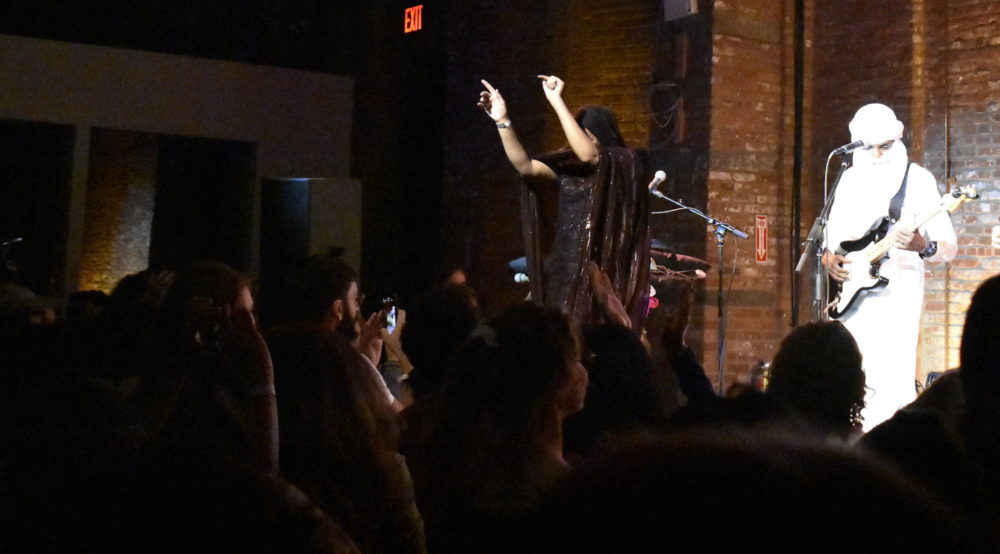 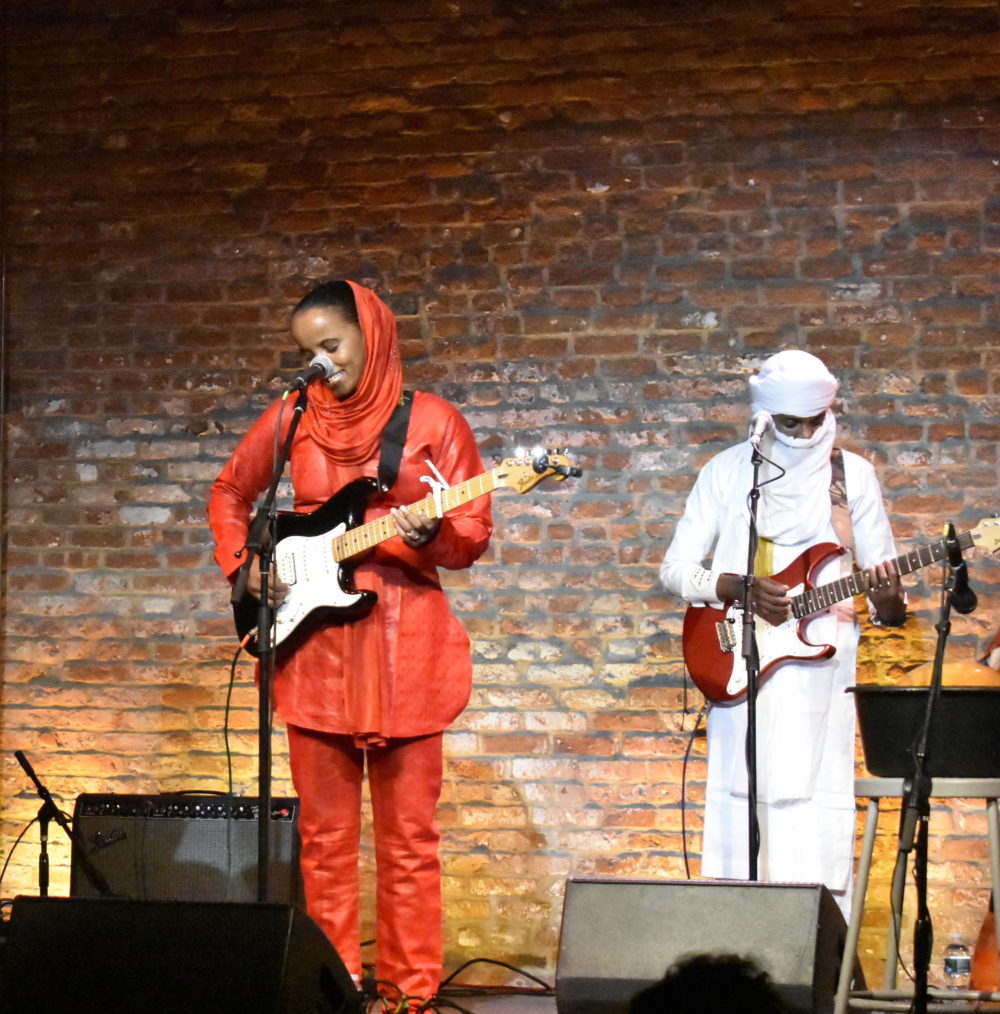 Songs began and ended with little fanfare—a quick stop-and-start riff on the guitar, a thud from the calabash, and then off they went. American songs seem to scroll from left to right, while those of Les Filles de Illighadad felt like they could keep cycling forever. I doubt anyone at Pioneer Works would've objected. 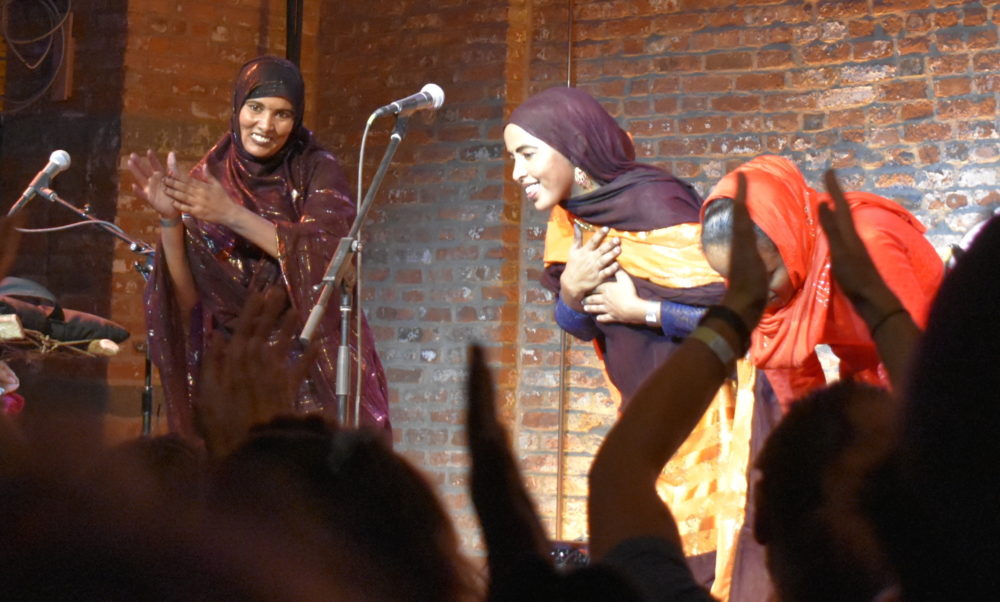 The sold-out performance called for a second show, tonight, and in Philadelphia Thursday. Their first North American tour wraps up in Miami on Oct. 18 after which they head to Europe.