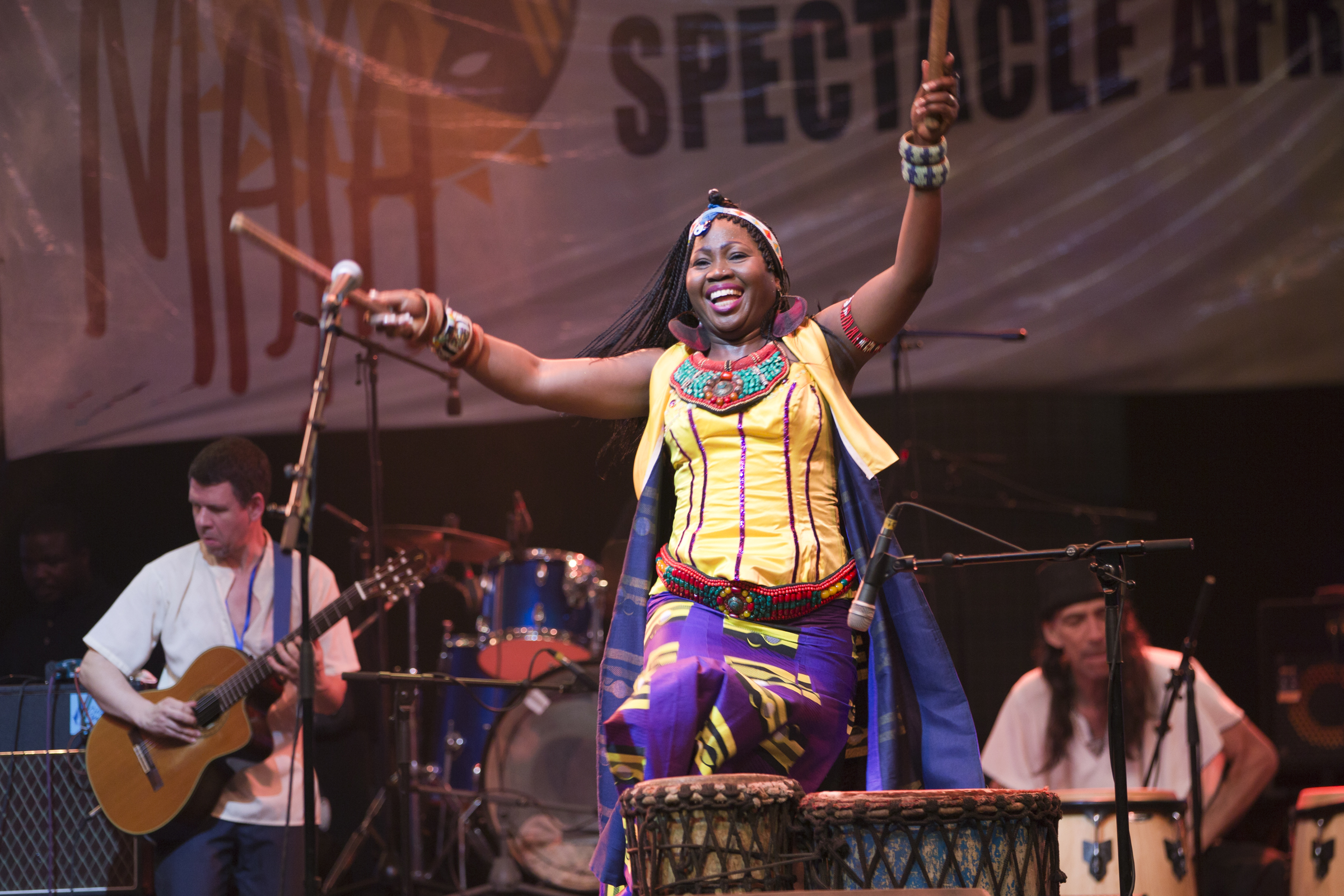 At the Palais de la Culture, Wed., March 9—The opportunity to hear groups led by jazz masters Ray Lema and Paco Séry filled the Salle Lougah Francois with anticipation, and the musicians delivered magnificent music, unfortunately after a long delay due to technical issues.

Impressive new discoveries followed later in the evening on the breezy, open-aired Salle Anoumabo, like the quirky, engaging and original Ghanaian Kyekyeku, who mines overlooked palm-wine/highlife and folk from the '50s. Other impressive acts included: Marema, a young singer/songwriter from Senegal; Ba Banga Nyeck, an Ivorian balafon ensemble; n’goni driven Kundé Blues from Burkina Faso; and Nteko from Congo-Brazzaville, who sang a heartfelt set.  Unfortunately, we missed the performance of Msafiri Zawose, but were glad to hear they would be touring the U.S. in October. Awa Sango finished the evening with the message, “We can build a new world together.” Her band featured Abidjan native Abou Diarrasouba’s thunderous drumming.

Balancing attempts to hear music on the third stage was complicated, but we did manage to take in Blandine, a Congolese/Canadian singer, and Madagascar’s Razia Said. A zouglou mashup from Tonton Zela, reggae from Naftaly, and a second chance to take in the marvelous Bendia, offered a cross section of the Abidjan scene. [Photo above, Awa Sangho by William Farrington] 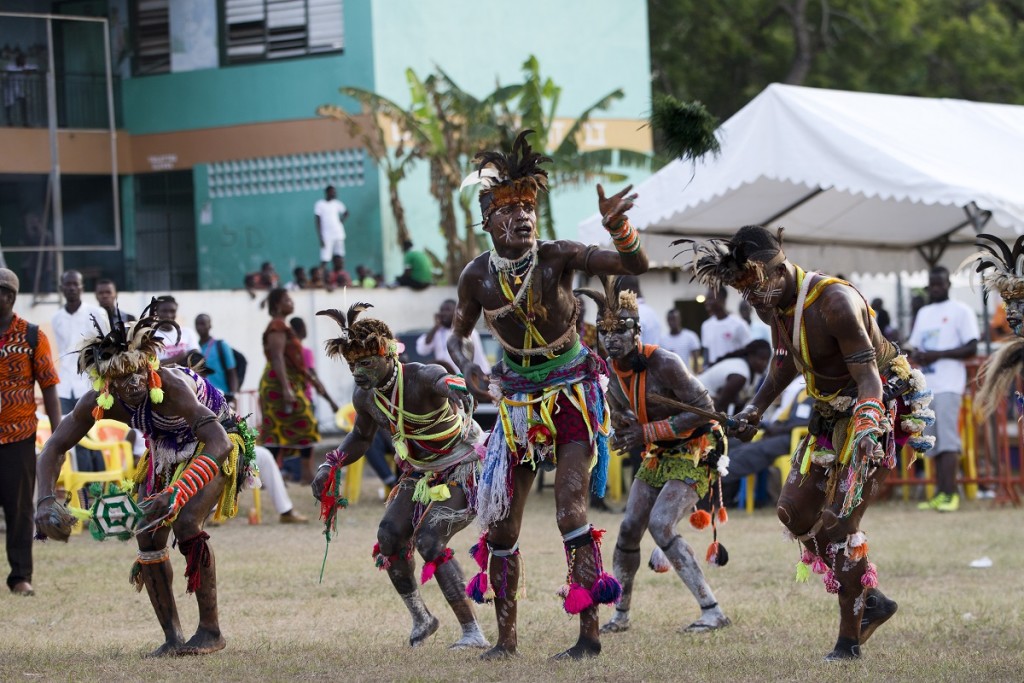 Traditional dancers from the Korhogo region in the north of Cote d'Ivoire, one of several troupes that roamed the grounds, Wednesday afternoon to the delight of guests. All photos by William Farrington.[/caption] [caption id="attachment_28100" align="aligncenter" width="640"] 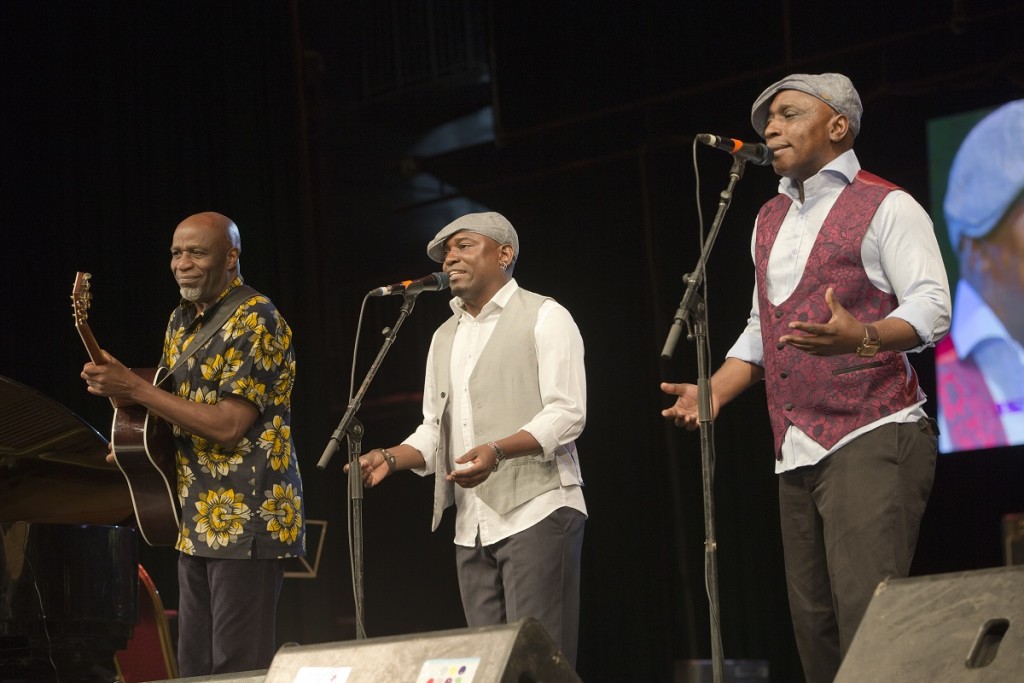 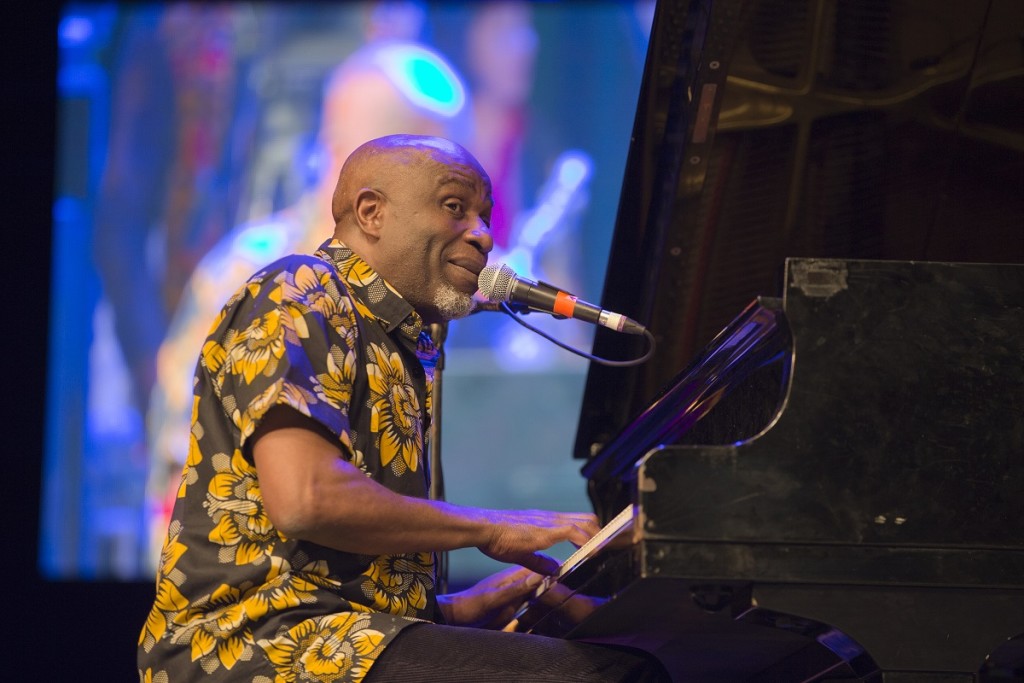 Ray Lema at the piano during the opening performance at the Soirée Jazz in the Palais de la Culture.[/caption] [caption id="attachment_28103" align="aligncenter" width="640"] 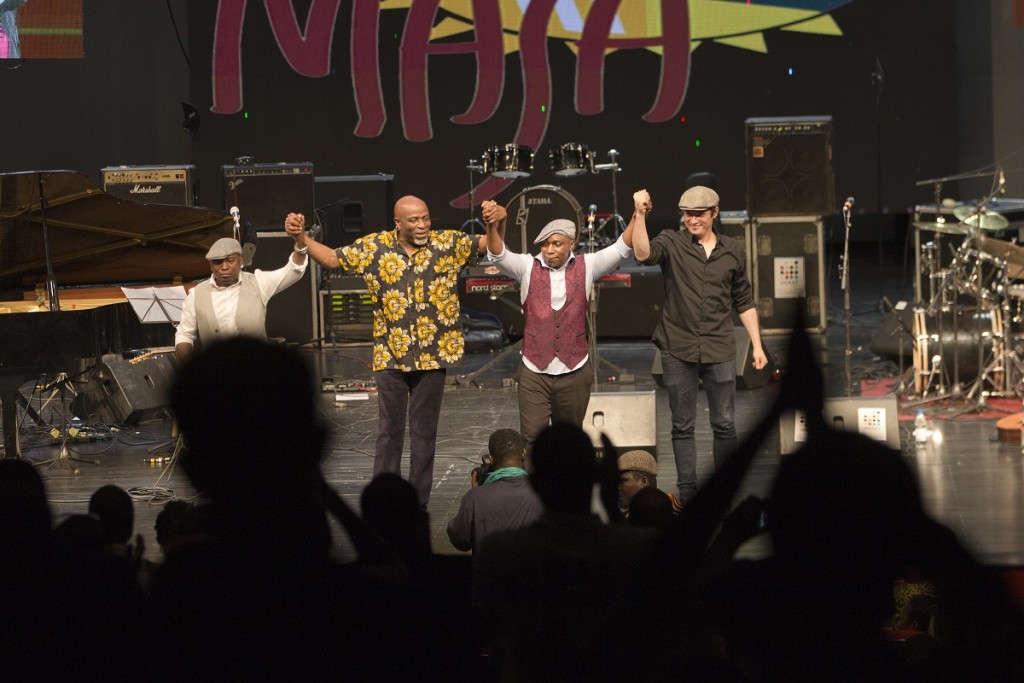 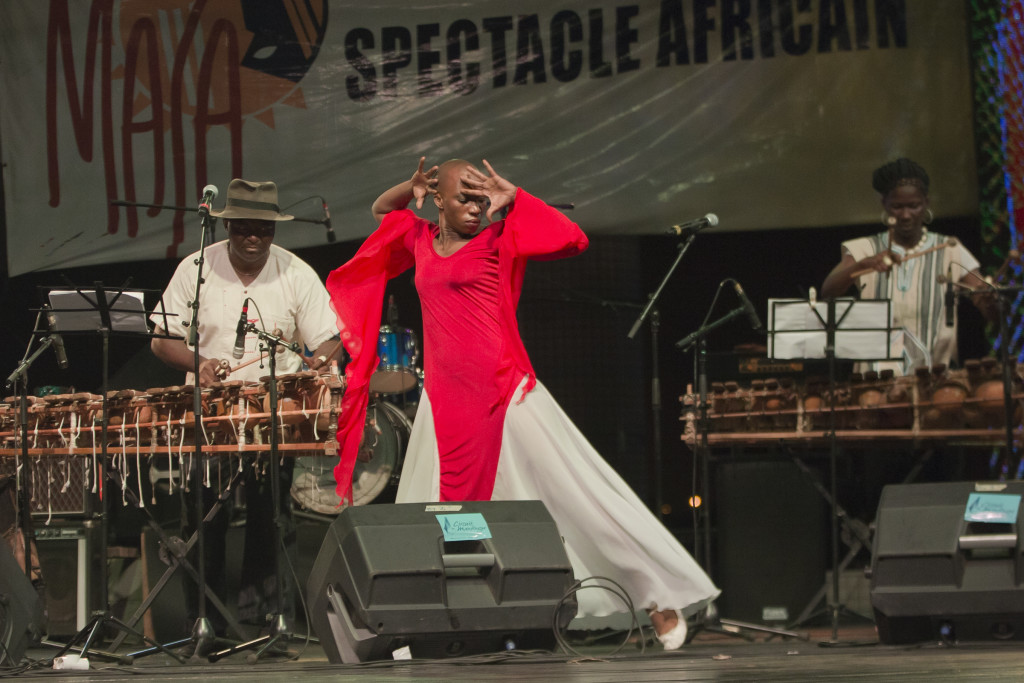 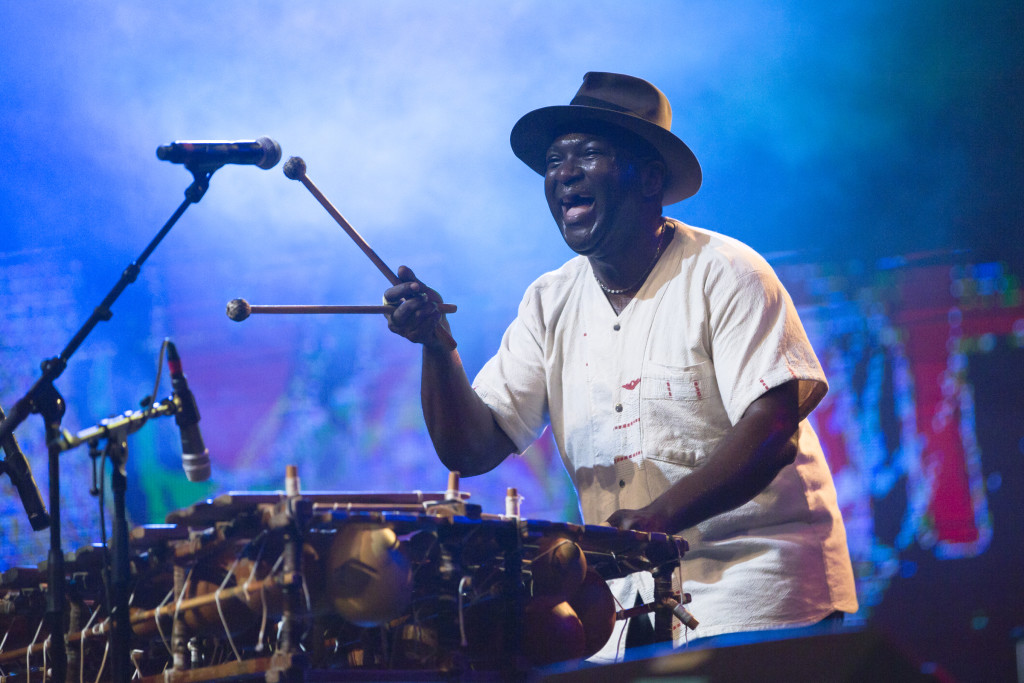 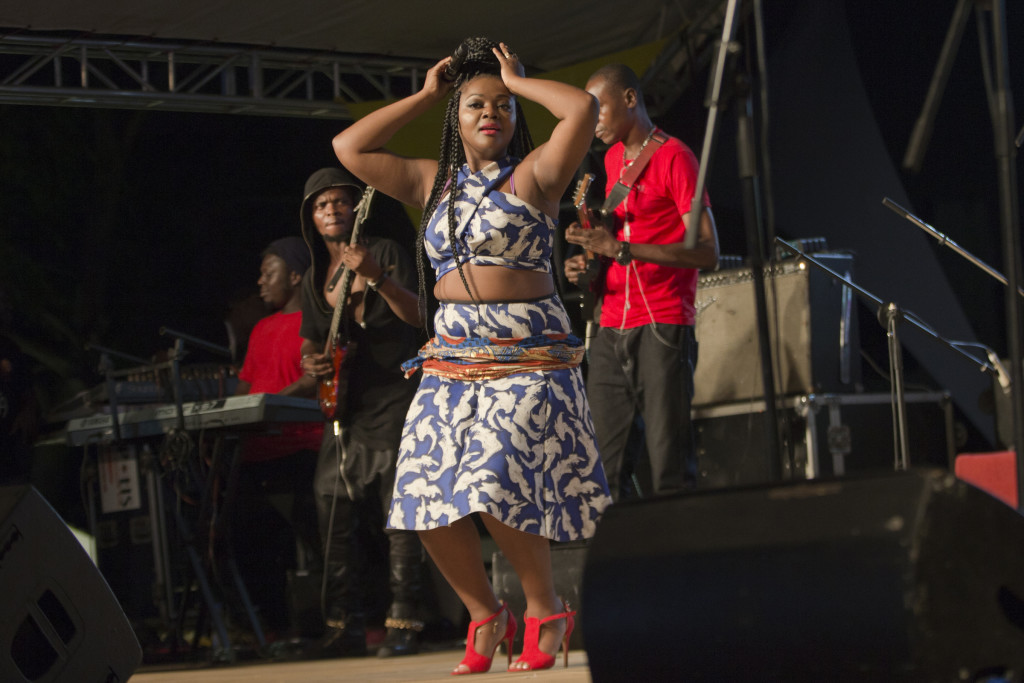 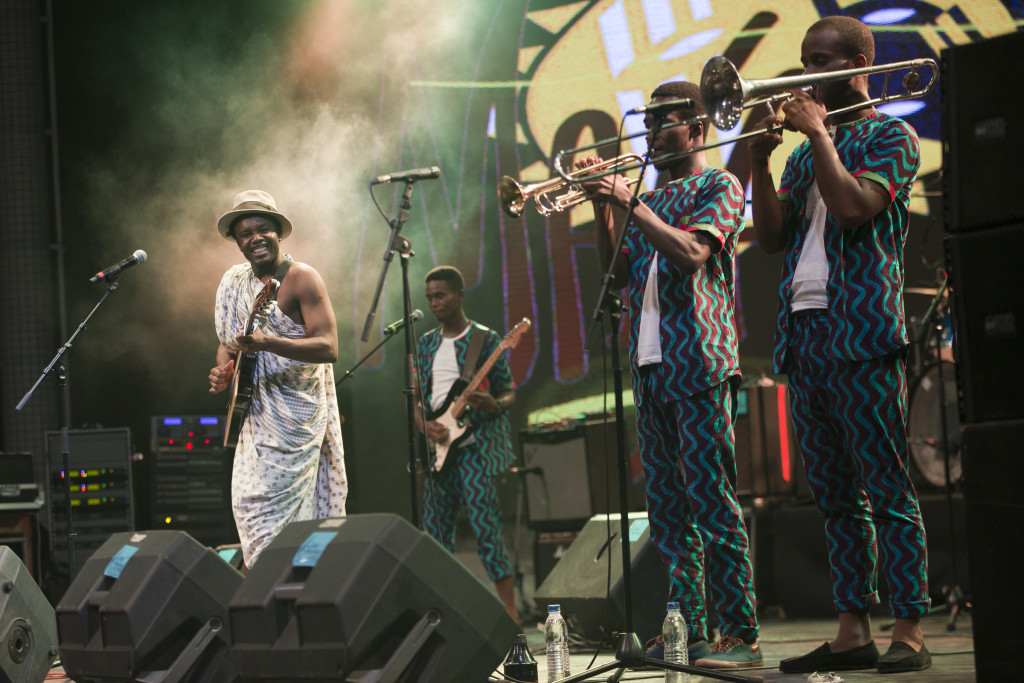 Ghanaian Kyekyeku's engaging music is a quirky twist on palm-wine/highlife and folk from the '50s. He cited Koo Nimo and Ebo Taylor in particular as his influences, telling Afropop after his show it's a subtle reminder to musicians you need not look outside Ghanaian culture for inspiration.[/caption] [caption id="attachment_28108" align="aligncenter" width="640"] 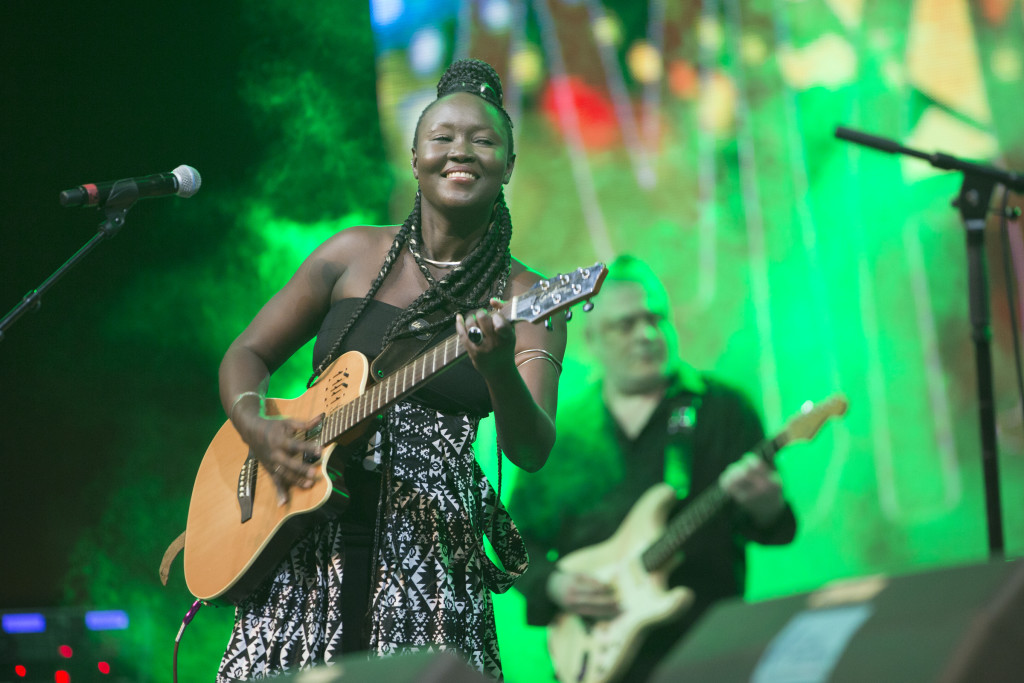 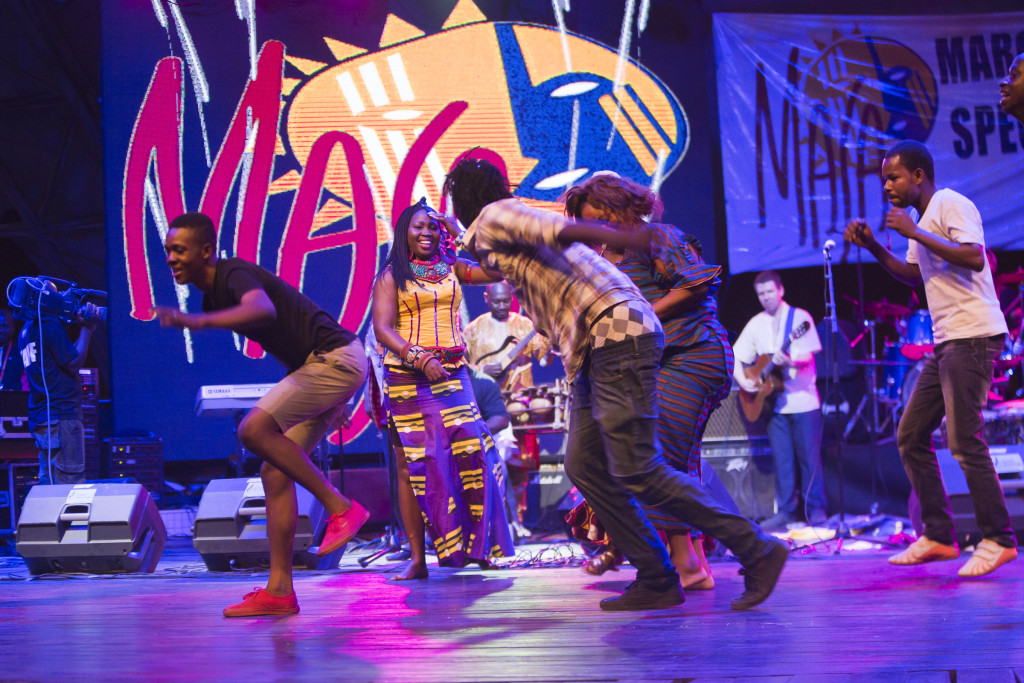 Awa Sangho's set concluded with "Nan Garaba," a song addressed to the youth, as she waved deliriously happy dancers to the stage.[/caption] [caption id="attachment_28111" align="aligncenter" width="640"] 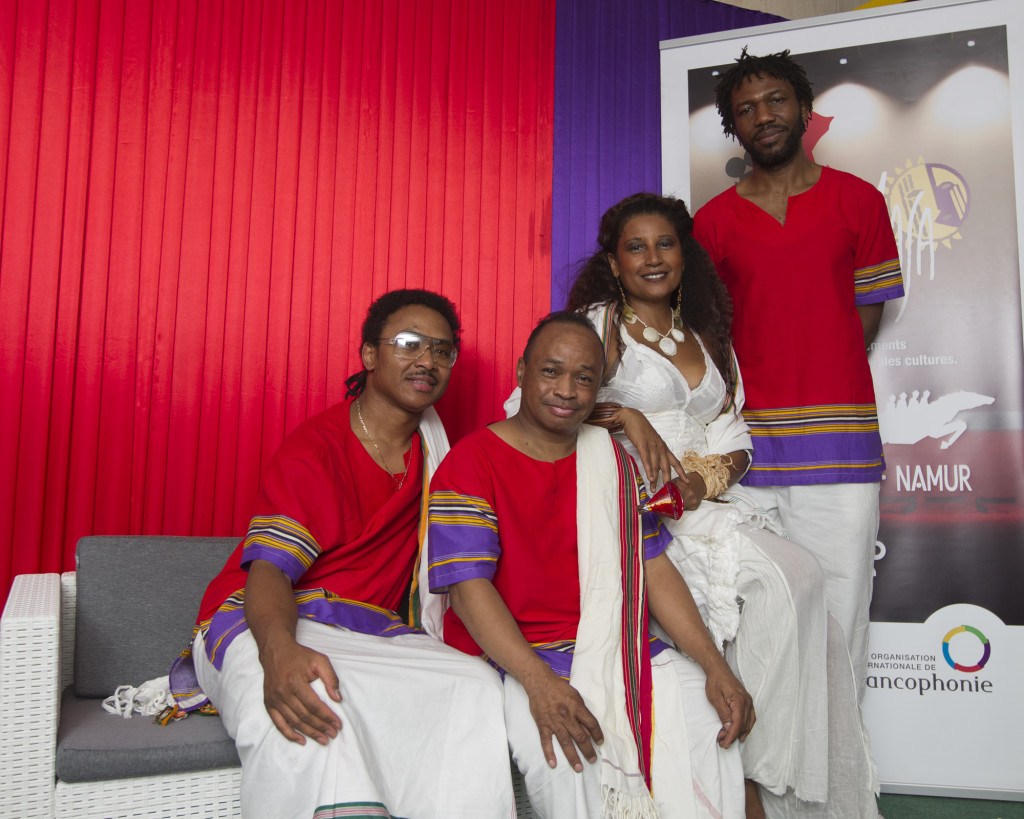 Razia Said and her band ready to go on stage. Unfortunately it would be over 24 hours before her fiery set galvanized the crowd and was over much too soon due to time constraints.[/caption] [caption id="attachment_28113" align="aligncenter" width="640"] 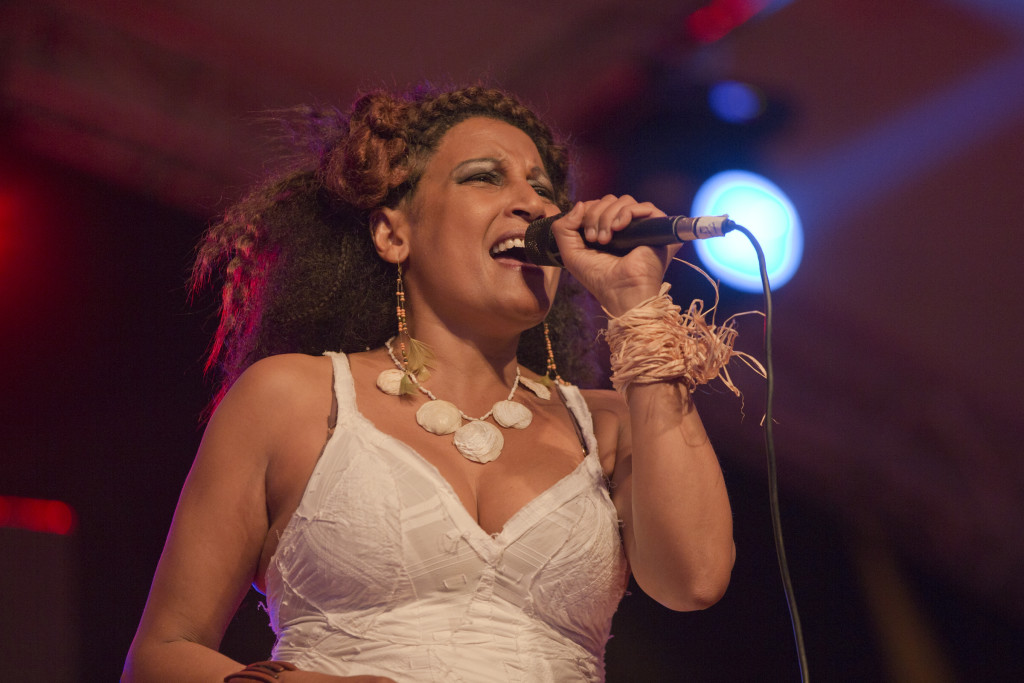