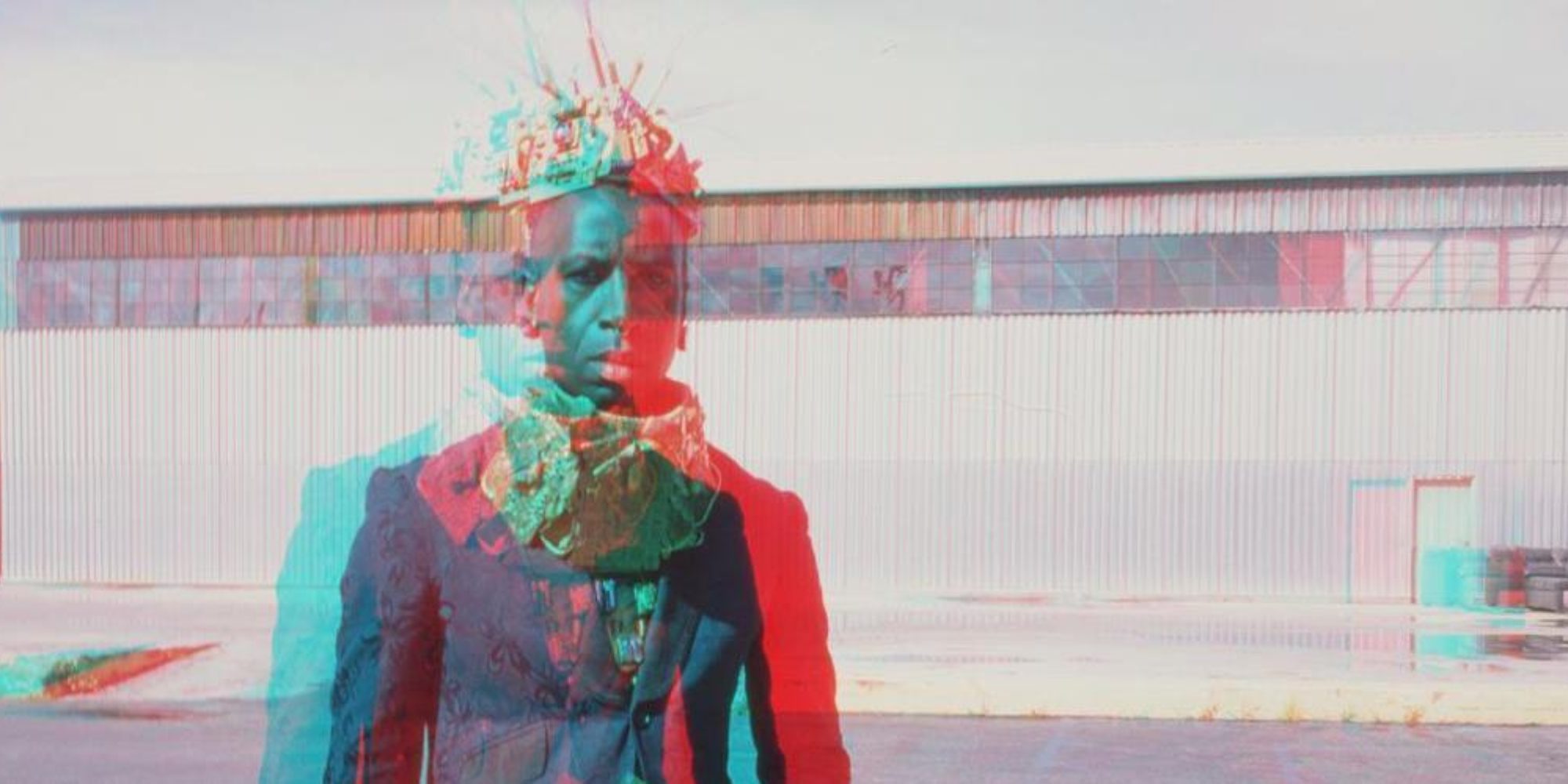 Features November 7, 2019
Poet-Musician-Director Saul Williams On the Eve of Rwanda

When I talked to him, Saul Williams was still in Los Angeles, which seems like the obvious place to be if you're making a movie. I asked him why he set his story so far away, why he was heading to Rwanda for three months to shoot the film and he explained that he's making a science fiction movie and "I thought it would be cool to shoot it in a place that's already in the future."

You might know Saul Williams from a lot of places, "I work in poetry and music and performance film," he says, "blah, blah, blah."

You might know him from the 1998 movie Slam, or know his music, or have seen his Tiny Desk Concert. There's an outside chance you caught him as the lead of the briefly lived Tupac jukebox musical Holler If You Hear Me. Afropop listeners might have heard him on the newest album from the South African psych-punk band BCUC—"they're the type of band that if I could, I'd always be around," Williams said, calling recording with the band in Paris "dreamlike."

“The thing that opened the door for me was poetry,” Williams said over the phone. “I was in grad school for acting and it was my presence at a poetry reading that got the director of Slam, Mark Levin, interested in asking me to write the screenplay for a film he was working on...Poetry, that opened the door.”

Twenty years later, Williams is working on what he called “the biggest poem [he's] ever written.”

“As a graphic novel, it's called MartyrLoserKing. And as a film it's called Neptune Frost,” he said. “And in fact, I'm on my way to Rwanda to shoot the film Neptune Frost, which is a musical.” The musical's music is going to come from the three-album cycle that Williams is two thirds of the way through releasing: 2019's Encrypted and Vulnerable, the previous album, 2016's MartyrLoserKing, and the next one he releases.

“I am the music writer. I am the screenwriter and the director,” he seemed to check them off.

The opening of BLADE RUNNER ? pic.twitter.com/VgbLa5YoCD

We spoke on Nov. 1, which was the day that reality caught up with the title card of the movie Blade Runner.

“It's November of 2019. I'm talking to you from Los Angeles—that's like the opening frame of Blade Runner, right?” Williams said. “Our concept of the future is so based on this post-apocalyptic, dystopian narrative of like 'all this horrendous shit has happened and now what?' I argue that places like Rwanda are living in the post-apocalypse because the most horrendous thing that could happen has already happened. And so now they're kind of like 25 years in the future.”

He was thinking about places like Japan and Germany, where the worst had happened in the middle of the 20th century—fascism, war, genocide, invasion, occupation, atomic devastation—and how the countries changed as a result.

“Rwanda, as you know, is place where a horrendous genocide occurred in '94,” Williams said. “Since then, it has been a leader on the African continent: It's the fastest growing economy on the continent. It's the third-greenest country in the world. It's the country with the highest representation of women in government. There's a lot of forward thinking there.

“My story, which takes place in a parallel universe centered in [neighboring] Burundi, is kind of about or channeled through a lot of the stuff that I began learning, digging deeper into what I was learning through and from that region and those cultures who, on one hand have been through horrendous things but have made tremendous leaps in how they look at the world and look at ecology, economy, technology—all of these things—imperialism, colonialism.î

“The story is of an intersex runaway from Uganda and a coltan miner who run away from the lives that they were living in their separate worlds. And they don't know where they're running. They run away for different reasons. And they are encountered by an avatar on their first night away from home that leads them to this village, a mysterious village that is made of recycled computer parts. And when they arrive, the village turns on.”

For all the Silicon Valley bluster about how inherently liberating technology is, one of Williams's characters is one of the people who form the very bottom of the supply chain, people for whom “technology” sure looks a lot like an old form of exploitation: a coltan miner.

Coltan is used in components that control how power is distributed over the motherboard in your smartphone, laptop, car, airplane, you name it. It's a rare earth mineral, and the largest deposits of it are found in the Democratic Republic of Congo, where working conditions for coltan miners can be dire. In response to the West's demand for coltan, child labor in the mines has risen, and sales of coltan have financed and prolonged civil wars in central Africa.

"How is it that all of our technological advances and everything that we relate with the idea of us moving towards a future is still heavily based on analog exploitation?" Williams asked. "So in dealing with a character who is or was a miner, what does that mean and why do we know about coltan and coltan miners? When I'm talking to you right now and you're talking to me as a result of coltan—which is mined in Congo, Rwanda, Burundi—central Africa. Our ability to communicate right now is dependent on these miners that we know nothing about—'dependent' like the whole root of our economy is based on rare metals and oil, most of which are not found in the country where we live, most of which are found on the African continent, and the Middle East. 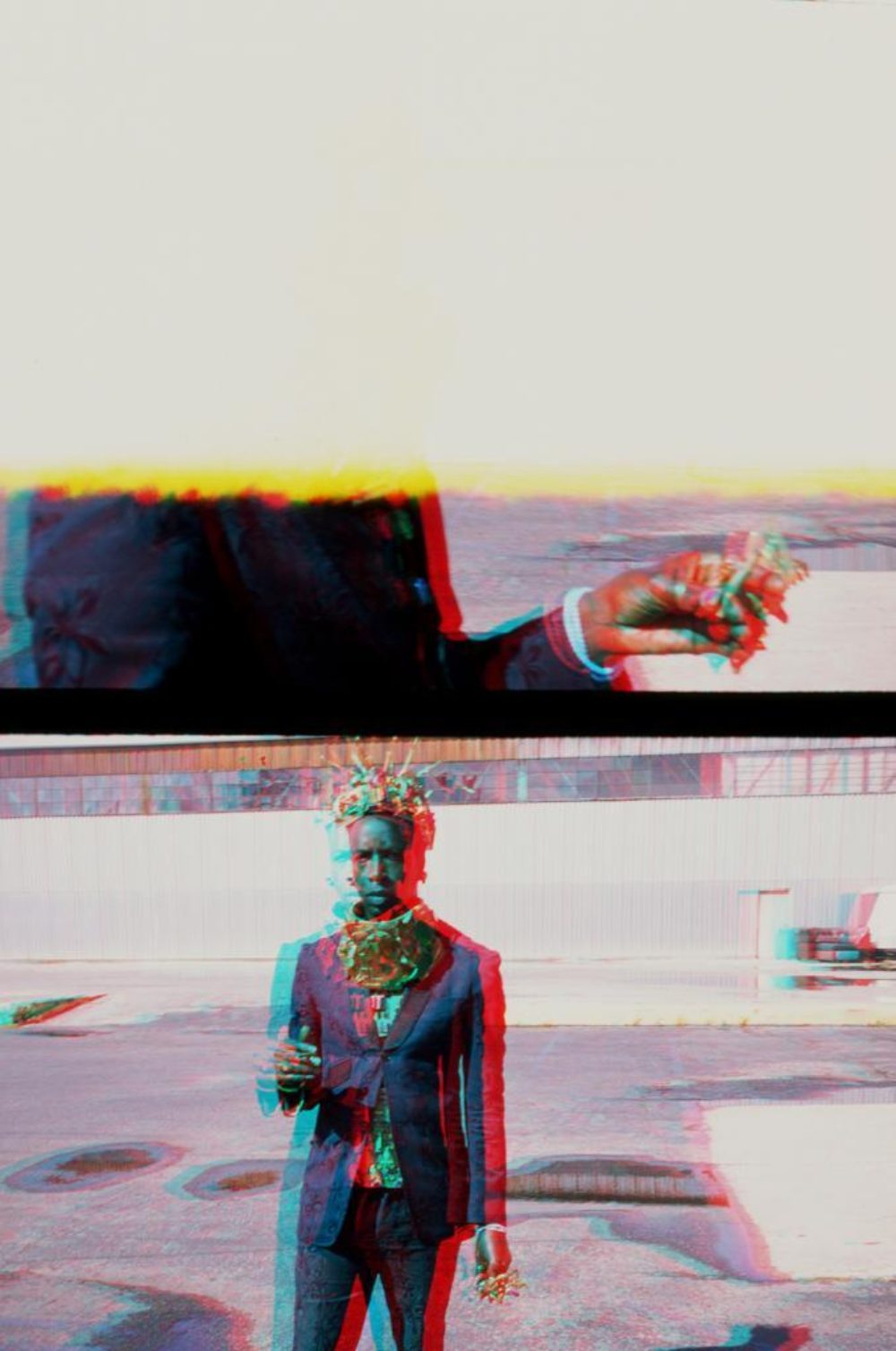 “On one hand, yeah, in terms of communication, there are doors that have been opened. There are certain doors that have been open in terms of helping the voiceless find their voice or find a platform to be able to share their stories,” he said. “On the other hand, these devices have not necessarily solved world hunger. They may have disrupted, you know, a lot of businesses and what have you, but that disruption is not necessarily the same as a revolution that takes the power out of the hands of the few and puts it in the hands of the many. And so when we talk about the distribution of power, which once again brings me to coltan.”

A musician-turned-filmmaker, with a Marxist touch? It all reminded me of Boots Riley, whose 2018 feature-directorial debut Sorry to Bother You was one of the best and most singular films of the year.

I asked Williams if Riley had given him any advice on how to write and direct a feature-length film.

“Boots told me the most amazing story about how he got Sorry to Bother You made,” Williams said. It was also a question of power distribution: Riley and his producer didn't let people on the money side see the script.

“I've been really choosy about who I decide to let in to my creative process. I share the music. I share what I feel is shareable, but I wait to share the script,” Williams said. “And so that's very much inspired by the advice I got from Boots.”

Williams and his crew are planning to shoot in Rwanda for three months, and have Neptune Rising in theaters by the end of 2020 or early 2021, when the MartyrLoserKing graphic novel comes out via First Second Books.