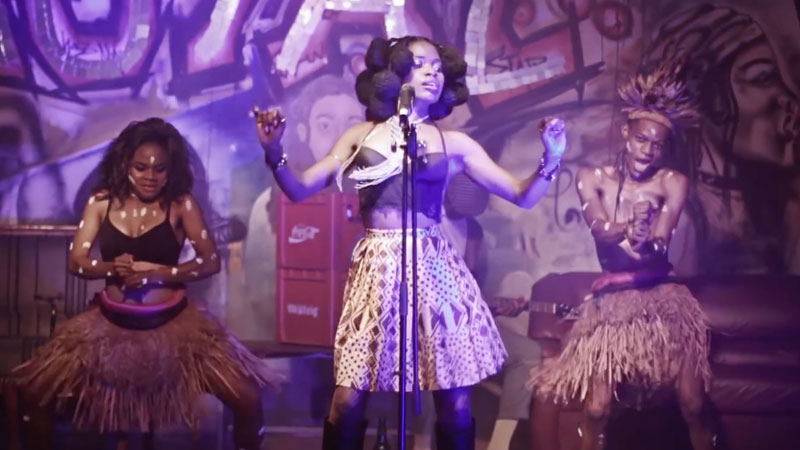 These days, all it takes is a laptop, a microphone, some software, maybe a MIDI keyboard, and competence with social media to get your music out into the world. To some, this has cheapened contemporary music, allowing crisp production and programmed beats to stand in for musical ability or creativity. On the flip side, this accessibility has also weakened some of the heavy barriers to entry imposed by record labels and expensive recording studios.

In this newly democratized landscape, many talented musicians have been able to get their starts and flourish, winning the hearts and ears of fans across the globe. Some get picked up by labels or producers who boost their creations to new heights, and some are championed by vibrant, local social media networks that spread the word. There is a lot to be said about the dynamics of our contemporary music world, but for today, we’re just going to take a look at some of the fruit that it bears.

On the Internet, we swim in a constant stream of new music (and hi-def music videos) from every corner of the planet—a thrilling and overwhelming thing. We want to try to bring you a slice of that rich, ever-changing world. We present to you the first in a series we’re calling Fresh Cuts. It’s a selection of some of the newly released tracks and videos from across Africa and the diaspora, featuring established and up-and-coming artists and everything in between. Today, we’ve got a lineup of rappers and singers from Mali, Côte d’Ivoire, Senegal, Cameroon, Congo, Kenya, Tanzania, U.K. and France. Enjoy!

Reniss is a powerhouse. The Cameroonian singer, whose music is described as mboko pop, has roots in gospel music and merges the passion and power of that vocal style with so many others: pop, Cameroonian makossa and bikutsi, reggae, trap and r&b. Since being featured on a 2012 album by Cameroonian rapper Jovi, her musical life has grown quickly, reaching a recent high point with this fun and intoxicating new video for her bikutsi pop fusion hit, “La Sauce.” The heavy, irresistible bikutsi beat and the comic, sexual double-entendre lyrics surely give it the magic to be a huge hit in Cameroon and beyond.

Her recent album, Tendon, is a remarkable piece of work, weaving together a wide variety of styles and languages (English, French, pidgin, Nguemba) with the kind of ferocious creativity and assertiveness that suggests an international pop luminary in the making. Check her FB here.

Here’s a notable from the Malian rap scene: Memo All Star. Mohammed Diakité AKA Memo All Star was born in Gabon and came up in Bamako with a musical youth, himself getting into music in his early 20s. Against his parents’ will, he pursued that arduous road with several different bands to where he stands today: signed with West African label and promoter Keyzit, with thousands of followers on Facebook and touring in West Africa and France. Big up!

“Powercam” defies the idea that acoustic instruments belong somewhere in the past, bringing in kora and balafon to flesh out the digital drums. Memo’s solid Bambara bars pair well with Mohamed Diaby’s powerful djeli vocals. His voice has the feel of singers like Youssou N’Dour or Salif Keita: that high, insistent, effortless tenor. Propping up their lyrics about selfies and social media is a well-wrought beat with rapid-fire drum fills and synths that occasionally echo djeli melodies.

From New York City, here’s Bones, King KJ and Sirr Khalifa with a straight-up party song. The video is set in Harlem and features the crew taking their party from a barbershop to Silvana, a hot club and venue for African musicians and DJs, to a small New York apartment. Dedou Toure, AKA Bones, a native of Bamako, Mali, raps in Bambara over a sleek beat by Sirr Khalifa. A native of Senegal, Khalifa gives respect to Mali by weaving kora and balafon samples into the digital beats. Similar to "Powercam" (above), there's a seamless mix of old and new school (to a point where the distinction seems unnecessary), something Toumani Diabate’s son, mega-star producer and kora virtuoso Sidiki Diabate, has mastered.

Bones, who was raised in New York, says that he “definitely introduces his Mali roots in his music” and has “always been passionate about music and plays several instruments, such as [the] djembé…and the drum set.” Only more recently did he start singing--he names Tiken Jah Fakoly as a major influence, drawing inspiration from “his reggae flow and powerful messages.” Bones isn’t just laying tracks, though—in addition to working on his growth as a musician, he’s also a student pursuing a degree in physical therapy. Sirr Khalifa is making the rounds in the NYC music scene, producing anything in the realm of hip-hop, Afrobeats or dancehall, and collaborating with a long list of musicians: Babou and Dally Ann, Zarah B, Junior Heightz, Legacy, Canabasse and others.

This vid was posted on Bamada City's YouTube channel: which is updated every day with several of the freshest new jams from Malian rappers around the world.

This one's a real jam. Superstar singer Booba came up in France with a Senegalese father. He sings his praises of his fatherland in this track, "DKR" (Dakar). Sidiki Diabate teams up with Booba for this video (the intro to which features a kora song by his father Toumani and Ballaké Sissoko), putting aside a supposed beef between the two after a Booba track resembled one of Sidiki's a bit too much. Sidiki plays his kora (sent through a digital filter) in a wonderful, rippling way over a sparse, booming beat. Booba raps and sings his love for Senegal--the beaches, the giraffes, the nightlife, the music--and his concern that the country, and the rest of the continent, is losing its independence and identity.

Koffi Masta is an Ivorian rapper currently based in Atlanta, GA. This cut is at home in Atlanta, sitting more in the arena of trap than the Afrobeats vibe of the Malian rappers above. The 28-year-old started making music in his teens while growing up in Côte d’Ivoire, before coming to the U.S. when he was 19. When he moved to Atlanta in his 20s, the going was rough—he struggled with empty pockets, no job, and health problems. These pains pushed him to write more music, and the music became a motivator and a way out of the dark. These days, he’s doing better, producing music and gaining a following in the states and back home. Check his Facebook here.

Sun King is an up-and-coming artist based in Côte d'Ivoire. We're digging this r&b track "Nicotine," done in the vein of singers like Frank Ocean and Bryson Tiller. Check out his FB here.

MHD, like many of these other musicians, is a young guy. MHD (AKA Mohamed Sylla), born in Paris with roots in Guinea and Senegal, is only 22 and his debut album was released just last year, but it featured some huge African stars: Fally Ipupa and Angelique Kidjo. He's moving up quick, with his Afrobeats sound he calls "Afro Trap." This track (28 million views+) is a sunny one, again bringing in a taste of kora, this time over that ubiquitous dance rhythm heard from Nigeria to Congo. It's hard to not play on repeat.

Yemi Alade, one of few female Nigerian Afrobeats superstars in a male-dominated industry, is at it again with another comic video, this time for her song “Tumbum.” Alade plays a cook in a Nigerian town, serving up jollof and fufu and, like in her hit “Johnny,” criticizing philandering men. The video features Nollywood stars Ime Bishop Umoh and Beverly Osu. She’s got her popstar-ness down, whipping out catchy refrains over the forever danceable Afrobeats rhythm and fronting sleek choreography.

Up next, the Swahili coast coming at you:

Ray Vanny, a native of Dar es Salaam, TZ, is making his way up to stardom, with thousands of followers online and collabos with Tanzanian megastar Diamond Platinumz. “Sugu” revives a solid old-school hip-hop vibe with rhythmic piano and strings. In this cut, as with most others, Ray Vanny raps in Swahili. Swahili is a powerful language for East African musicians: the language has a huge vocabulary, by some rankings more than any other single language native to the continent. Whereas many African pop artists find that reaching a wide audience requires lyrics in English, French or another colonial language, it seems like many East African artists are able to reach those levels of stardom with Swahili. The consonants and repeated syllables of Swahili lend the language beautifully to rap, and Ray Vanny makes that clear.

K-San, out of Kenya, brings us a dance tune, “Paripapa,” with compatriots Silvah Mistarish, Stonee Jiwe and Derryque. While the production isn’t at the highly-polished level of Ray Vanny, the tune itself is a lot of fun, with a great horn riff, a catchy chorus and a skilled lineup of rappers and vocalists sharing the mic. K-San gives his lyrics dancehall grit and inflection and leads the crew in some great choreography.

Lady Leshurr is a much-loved British rapper with roots in St. Kitts and Nevis. She has soared to popularity with her "Queens Speech" series--hilarious videos featuring her fierce wit and sharp flow, calling out bad hygiene, bad character, culinary inability and the like, over some heavy grime/trap beats. Here's episode number six, a Halloween edition--refrain: "That's spooky." Lady Leshurr came to NYC for the Roots Picnic in August and her performance was absolute fire.

That's it for now ya'll, check back in a few weeks for more!

Here’s a feel-good club banger from Gigi Ndombe AKA TSWE: “We Let It Flame.” Tswe is an artist from Kinshasa, Congo, raised in Paris and Brussels by his late father, Ndombe Opetum, a prominent soukous vocalist who sang with Afrisa International, TPOK Jazz and Bana OK. It’s a musical family–his brother, known as Baby Ndombe, is a musician in Kinshasa who plays Congolese rumba. Tswe takes his music into the realm of international dance music, pairing up with Jamaican singer Patexx for this tune.