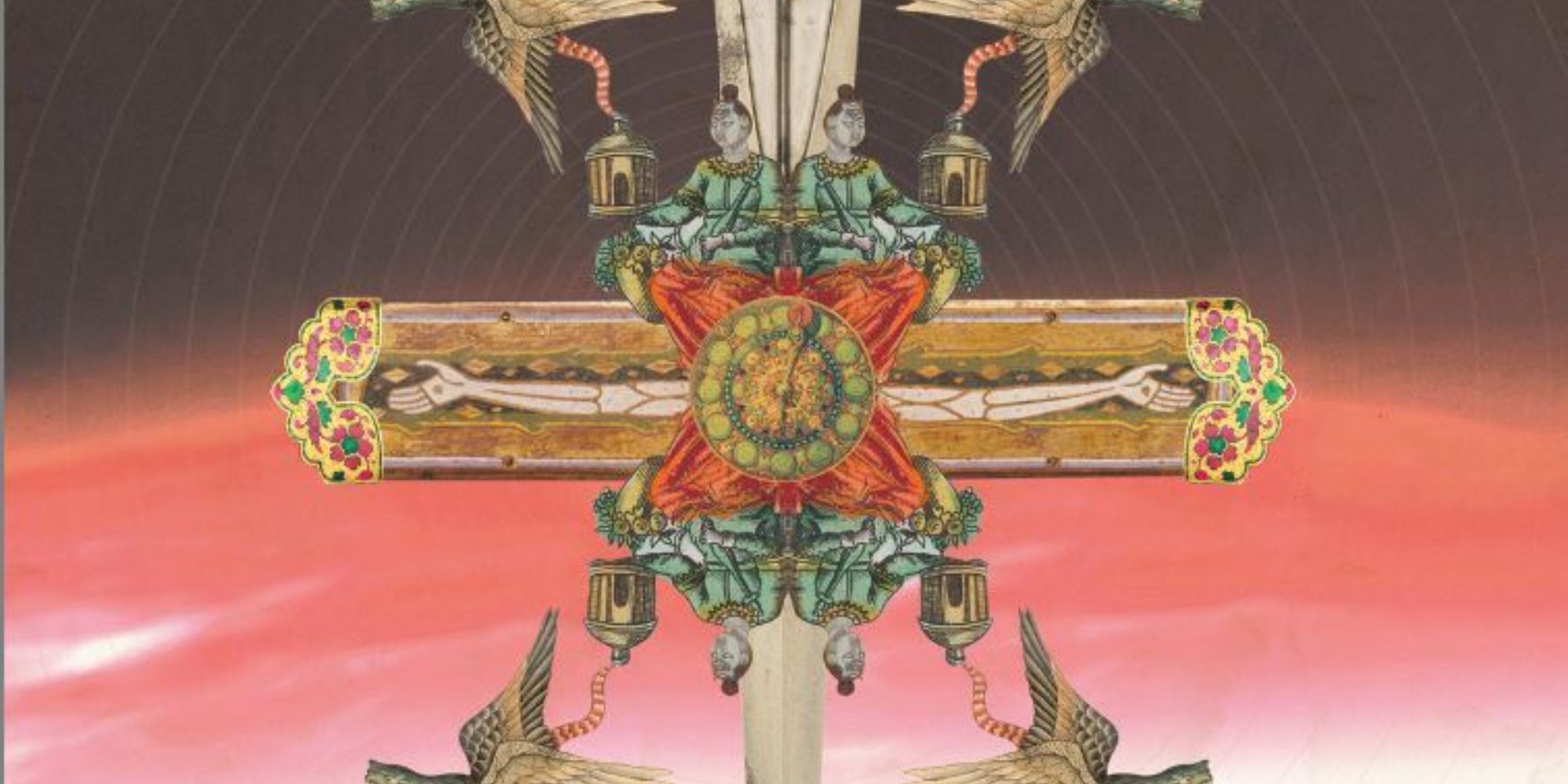 Between how it’s made, how it’s recorded and how it’s heard, it’s hard to imagine music that’s entirely untouched by computers—even the strictest analog purists going from tape to vinyl will at least let you order the record online. But few go as far as La Mecánica Popular did when head composer Efraín Rozas collaborated with a robot on their latest album Roza Cruz.

Available since April 13 via Names You Can Trust, Roza Cruz is a Latin-sounding record that deals in steady rhythms that don’t quite fit one genre or another, layered in hefty doses of serpentine guitar slink and bouncing Rhodes piano. The result is a record of push and pull, which can go from plodding dissonance to soothing, grooving hooks in the course of a single (long) song. It’s music that’s psychedelic enough to fit in alongside increasingly popular, vintage-sounding chicha revival bands, but structured enough to fit in with the Ray Barretto corner of the salsa world’s more outré adventures. But La Mecánica Popular is  determined to push this music somewhere new. Hence, the robot.

In addition to being a musician and composer, Rozas is an ethnomusicologist and software engineer, which gave him a pretty great insight that many of us might overlook: Far from being neutral, the world of music software struck Rozas as very rooted in a specific tradition.

“This robot/sound sculpture was made out of need, as a prosthesis that suits me better,” he said in a mission statement of sorts on his website. “Contemporary music technologies are based in most cases in a Western logic of rhythm. Like in Western notation, there is a single grid in which time flows from left to right, and there is a single metronome that acts as a conductor. The brain of my prosthesis is a software which works in a different way, informed by Latin American logics of polyrhythm.”

Cruz built a robot that plays a set of bata drums and synthesizers on a logic of six metronomes and six grids and which “thinks” with “a Latin American logic.” Cruz then took the beats that the robot generated, and brought in human musicians, steeped in jazz and salsa traditions, to play them, which is why the album still sounds human, but also how it escapes locking into a strict salsa, chicha or any other established rhythm, while still hinting towards them.

Enough about the robot, though: How does the record sound? Awesome. For someone who loves Pharoah Sanders' free jazz but also the strict march of a clave, Roza Cruz satisfies on both fronts. If the muse that delivered Down on the Corner to Miles Davis had missed him by a hemisphere and hit Peru in 1972, Rosa Cruz might well have been the result.

Its opener, “Bienvenida,” lays out how it’s going to go: a steady walk that the guitars and Rhodes just aren’t going to respect. Pound though they might with a propulsive beat, the jam never turns all that harsh. All the same, the turbulence makes the flickers of big generous melody that start descending around the three-minute mark all the sweeter. A spy movie suspense lurks under all.

The second track opens with dissonance and lurching bass only to open up in the “Abra” section loosening into a soothing spaced-out, reggaeton-inflected jam, one of my favorite moments on the record. If there’s a musical logic that’s bigger than that of Latin America or the Western world, you could probably sum it up as “tension and release,” and La Mecánica Popular understands that the more of the former, the better the latter, which is why this track takes six minutes to grind you down and allows another seven to let you go.

At the end of the album, on “Dividuacion,” one polyrhythm finally lopes up and overtakes the rest—the drum solo the robot wrote for itself, perhaps while dreaming of mechanical royalties.