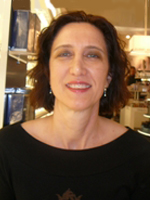 Dr. Cathy Ragland joined the music faculty at UTPA in fall 2009 as an Assistant Professor of Ethnomusicology. She received her Ph.D. in Ethnomusicology from The Graduate Center, City University of New York, Master of Arts degree in Ethnomusicology from the University of Washington, Seattle, and Bachelor of Arts degree in Liberal Arts from the University of Texas at Austin. Some of Dr. Ragland’s areas of interest and research include music of the Borderlands, Mexico and the Hispanic Southwest, Regional American and Country music, Cuban popular music, traditional and popular musics of Spain, North Africa and the Balkans. Research topics include Music and Migration, Globalization and Transnational Networks, Deejay Culture, Urban Ethnomusicology, Applied Ethnomusicology, Reinventing Music Traditions in New Contexts, Performance Studies, among others. Her book, Música Norteña: Mexican Migrants Creating a Nation Between Nations, was published in May 2009 by Temple University Press. She has also published articles and reviews in the academic journals Ethnomusicology, Yearbook for Traditional Music, Journal of American Folklore, Free-Reed Journal, and others. She is currently working on two articles for publication in volumes on border music and international accordion music traditions.

Dr. Ragland is a native of San Antonio, Texas where she was a popular music and arts critic and columnist at the San Antonio Express-News. She has also worked as a music critic and columnist for the Seattle Times, Seattle Weekly and the Austin American-Statesman. Dr. Ragland has several years of experience as a folklorist and program director in nationally-recognized cultural and community arts organizations such as the Center for Traditional Music and Dance (Manhattan, NY), Texas Folklife Resources (Austin, TX), and Northwest Folklife (Seattle, WA), at the latter she directed the Northwest Folklife Festival. She has received funding for research and community-based festivals and public programs from several funders, including the National Endowment for the Arts, Social Science Research Council, Rockefeller Fund, US-Mexico Fund for Culture, and the New York State Council on the Arts. In 2002 she co-founded the Mariachi Academy of New York, a Harlem-based after school music program offering free music instruction to students, ages 7-18. Dr. Ragland has taught music, arts and cultural studies at Empire State College of the State University of New York, in music departments at Temple University and at Hunter College, City University of New York. She has also taught in the Department of Latin American and Puerto Rican Studies at Lehman College, City University of New York.