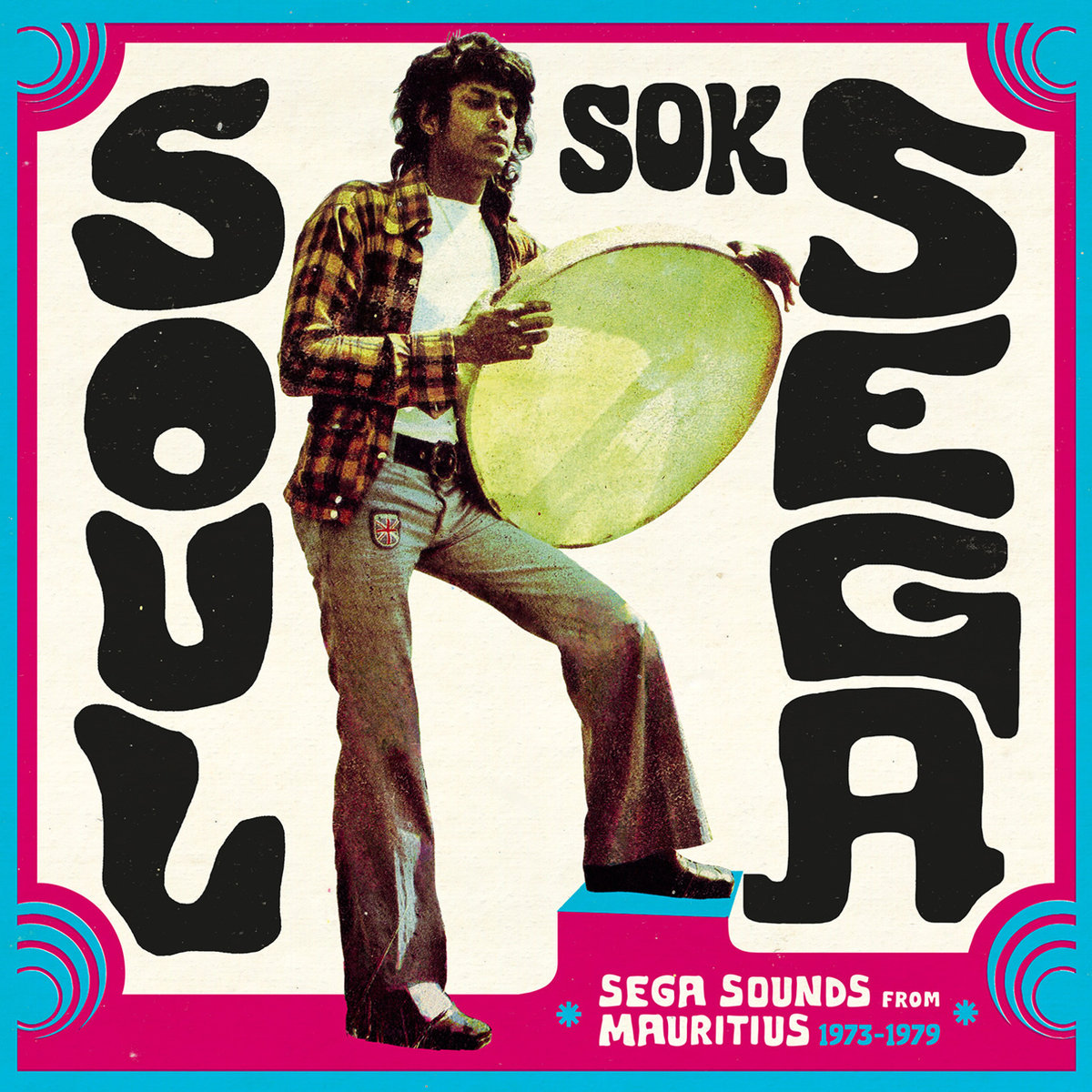 You can know a lot or a little about séga music, but even if you don't know where Mauritius is, know this: You gotta hear Strut Records new compilation Soul Sok Séga.

The '60s-70s funk anthology is the world's best non-genre genre and the Afropop gateway drug. From Cambodia to Turkey and especially across the continent of Africa, there's something immediately approachable about these records—guitars, and what seems to be song forms that Western audiences recognize—and always something that makes them special. Whether it's local instrumentation or distinctive rhythms, no two funk compilations are the same, and while they're almost all worth checking out, Soul Sok Séga is the non-genre genre at its best.

Séga is the traditional music of Mauritius, a small island off the coast of Madagascar in the Indian Ocean. Just like Malagasy music, séga reflects the international nature of the island of its origin. Generally the songs are sung in Creole, the lingua franca for the island's population of exiled African slaves of centuries ago, sung over a loping triplet beat. In the '60s, new instruments like the guitar and accordion were worked into the music. The results, like this song by séga star Ti Frere, could almost sound like French chanson.

Soul Sok Séga picks up séga's evolution with the addition of electric guitars, wah pedals, electric organs and early synthesizers in the period from 1973 to 1979. The loping triplets are still there, but the rhythm across the record is anything but uniform. On the artist Yoyo's track “Coco Mamzelle” the percussion pounds rigidly beneath dripping guitar lines. On “Bhai Aboo,” by séga star Claudio, who would go on to become popular in the 1980s, the beat sways almost like a sea shanty.

The accordion has been pushed out of most of the tracks, save for its starring role on Jean Claude's “Séga Souval,” but the ghost of the accordions lingers in the form of sweeping, melodic organ and synthesizer lines. Buzzy guitar lines and bluesy pianos pepper Colouce's “L'Amour Artificiel.”

It's easy to see why Strut opted to release Les Stardust's “Séga Lenoir” in anticipation of the record's Jan. 22 release. The organ-based ballad almost sounds like a French cover of the Animals but with much more interesting percussion.

After the time frame of this compilation, séga music continued to evolve and cross-pollinate with jazz and reggae to form something called “seggae,” which makes the six years covered in Soul Sok Séga all the more rare and valuable sounding.

The DJ duo La Basse Tropicale, comprised of Natty Hô and Konsöle from the neighboring island of La Reunion, put together a great record here. Like the best '70s compilations, the production has that great fuzziness of instruments maxing out and the physicality of a live dance music bands.The artists presented seem to have found that incredible alchemy that fuses their homeland's traditional music and the international sounds of the day, resulting in something that's immediately appealing, but—the more carefully you listen to it—like nothing you've ever heard.