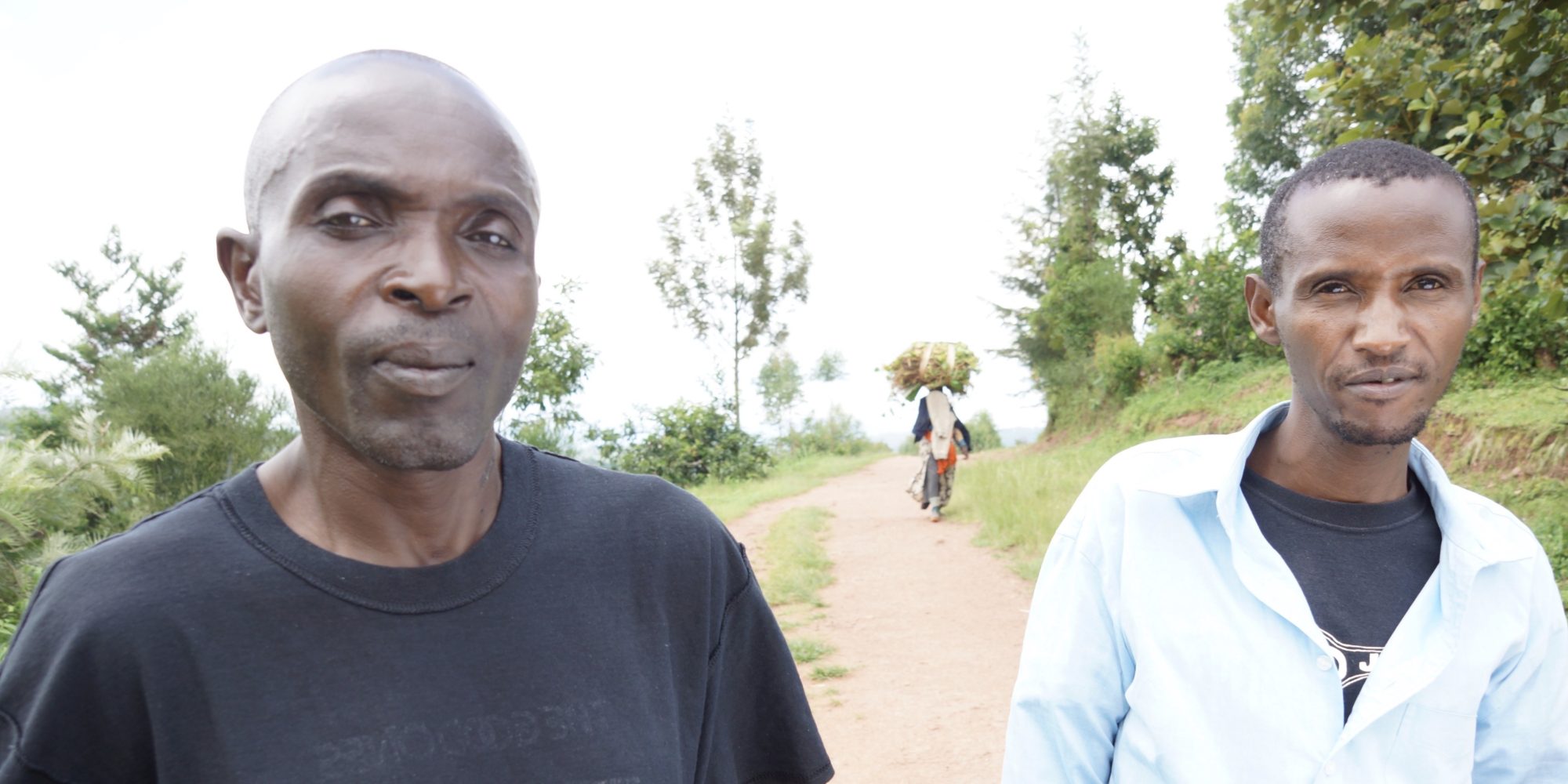 The musical trio Good Ones are genocide survivors, as is every Rwandan born before July 4, 1994. The Good Ones’ members were taught music while still children by co-vocalist, percussionist and songwriter, Janvier Havugimana’s older brother, who was blind. Sadly, he was among the approximately one million people who perished in 1994.

Rwanda has recently waged one of the most successful campaigns globally against Covid-19, registering only eight deaths in a country of almost 13 million. As a result, they are among the only 10 nations deemed “safe” by the E.U. and the only sub-Saharan African country allowed entry to Europe since the lockdown has been lifted.

Virtually no one could have imagined this role reversal in 1994. Maybe not even in the past few years. But change can happen fast, both for the better or worse. The status quo should never be taken as a given or the potential for change underestimated.

With their debut in 2010, The Good Ones were the first musical group ever to release internationally original music in the Kinyarwanda language. Over the course of three albums they have achieved worldwide critical acclaim and won fans from Wilco, Fugazi, Sleater-Kinney, My Bloody Valentine, and TV on the Radio, all of whom have members guesting on The Good Ones’ latest album.

Dismayingly, around 78 percent of African nations have never had an artist receive a single Grammy nomination. As it turns out, aside from a few culturally sanctioned countries (Mali, South Africa, India, Brazil) very little of the world has historically found its way into “world music.”

The Good Ones’ new single “Soccer (Summer 1988)” is a classic end-of-summer song—a tale of nostalgia for Rwanda’s favorite soccer team, Rayon Sports F.C., in the more innocent days, before the genocide claimed some of the team’s players and countless fans. It is a first take without overdubs, recorded in barn of Adrien Kazigira, The Good Ones’ lead vocalist, guitarist, and primary songwriter. 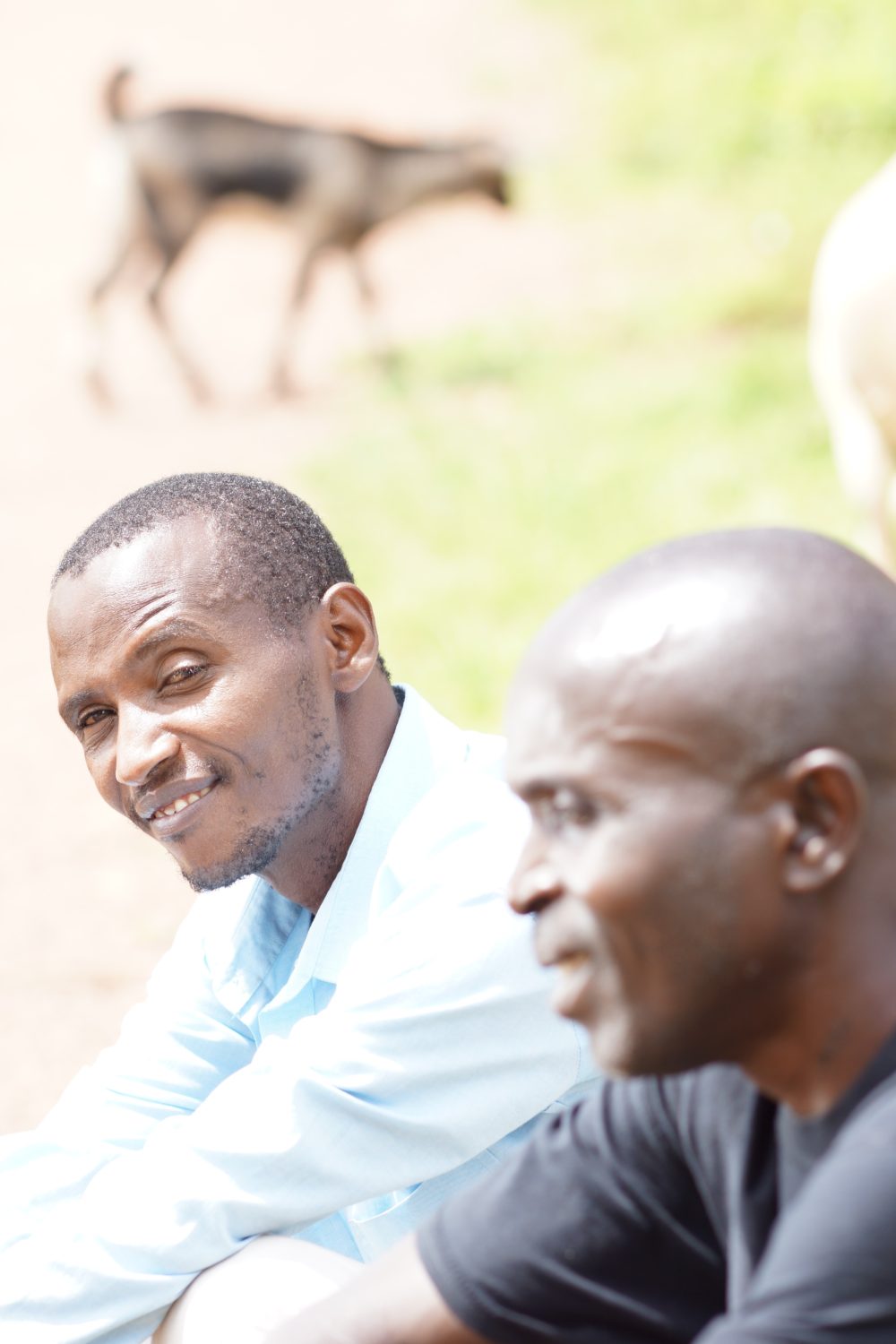 During Christmas night last year there was severe flooding in Rwanda. Over a dozen people were killed and scores of homes destroyed. Janvier’s one-room hut ended up chest deep in muddy water. Yet the disaster failed to register a blip internationally.

The following morning, Janvier and his family welcomed Marilena and I into their home nonchalantly as if nothing had happened, even though they'd been up all night battling the water. Then Janvier made the two-hour drive onward with us to Adrien’s remote hilltop farm.

At this particular meeting, Adrien and Janvier played each song together for the first time. Yet, with only a minute or two discussion beforehand, they fell in so seamlessly that these virgin ventures were indistinguishable from the stalwart songs they’d played for decades. Such it is with two gifted men who have been harmonizing together since childhood.

For percussion, Janvier used a jug full of milk courtesy of Adrien’s cow which he had just purchased with money from the fall tour of the U.S. with Academy-award and Grammy award- winning Irish folk singer, Glen Hansard.

Marilena Umuhoza Delli is a photographer, author and filmmaker whose work has been published around the world by the BBC, CNN, NPR, Al Jazeera, VICE, Libération, Corriere della Sera, Le Monde, Rolling Stone, Smithsonian Magazine, the New York Times, among others. She has written two Italian-language books about racism and growing up with a Rwandan mother in the most racist region of northern Italy.

She holds a Master's degree in Language for International Communications from Università degli Studi di Bergamo, where she wrote her thesis on African cinema. Additionally, she studied filmmaking at the University of California in Los Angeles. She has produced all of the photos and video for The Good Ones’ three albums.

Ian Brennan is an author and Grammy-winning music producer for Tinariwen [Mali], The Good Ones [Rwanda], Ramblin’ Jack Elliott, and Ustad Saami [Pakistan]. Since 1993 he has taught violence prevention for such prestigious organizations as the University of London, U.C. Berkeley, and the National Academy of Sciences (Rome). His fifth book, Silenced by Sound: The Music Meritocracy Myth was published last year by PM Press in Oakland, CA.