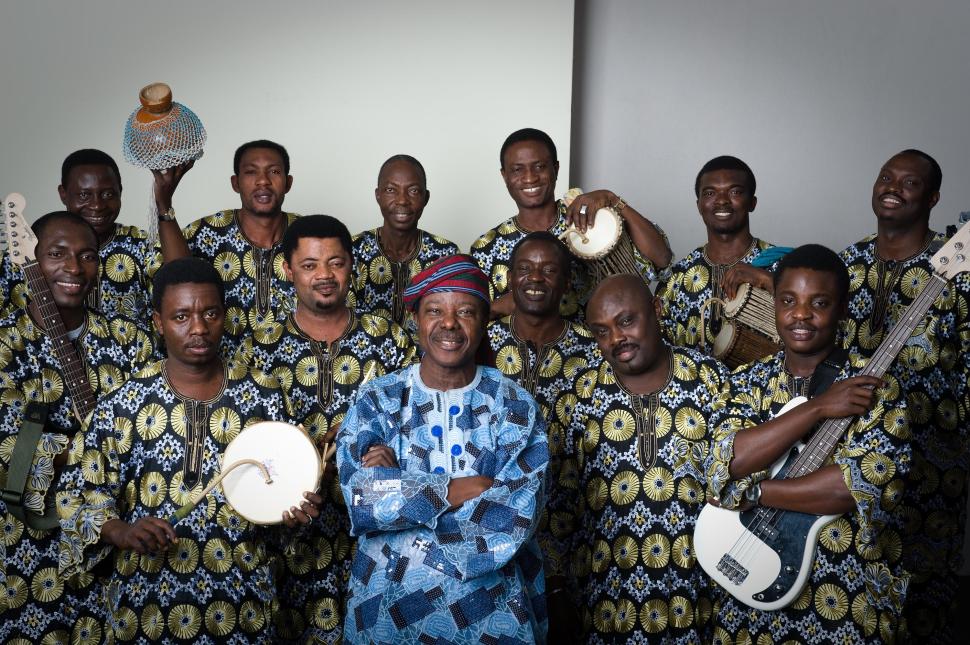 When the news hit that the U.S. State Department had been unable to issue visas to travelers due to a computer hardware failure, there were immediate concerns about the effect it would have on internationally touring musicians. Then came word that the visa issue had in fact affected legendary Nigerian juju musician King Sunny Ade and that he had canceled the earlier shows of his U.S. tour.

Nevertheless, most people held out hope that things would be sorted out in time for King Sunny Ade's shows in Washington, DC and New York at least. The last time Ade performed in North America was in 2009, so this was significant. The show in New York at the 92nd Steet Y was getting considerable buzz, but all that was for naught as the unfortunate news came that Ade's entire North American tour was canceled due to the U.S. State Department's computer hardware failure. And Sunny Ade wasn't the only one: Peruvian band Dengue Dengue Dengue also had to cancel their U.S. tour and as a result, they won't be performing at Que Bajo.

This problem highlights inadequacies and flaws with the U.S. State Department's visa issuing program, the most glaring one being that there is no backup system. How does a computer hardware failure happen for two weeks without fail-safe measures in place? How are we certain that it won't happen again?

With the nature of the visa application process, those who will be most affected for short visits within the U.S. are from non-Western countries. Citizens from countries that qualify for the Visa Waiver Program via ESTA are largely European Union nations and those from the "developed world."

LINK: A guide to the ESTA program.

This snafu not only exposes systemic flaws with regards to the lack of a fail-safe visa issuing process, but it also highlights the preferential treatment citizens from Western countries receive when it comes to travel. They don't have to go through the same kind of obstacles. They can essentially cut the line due to where they are from, while citizens from certain places have doors closed and less access.

In addition, more needs to be done on the political front to address the implicit bias against citizens not from Western countries, namely black and brown people. They don't have the same recourse or avenues to due process and that is wrong. This became news because it affected a big star like King Sunny Ade, but these are everyday problems black and brown immigrants have to deal with. As a Nigerian, I know this reality.