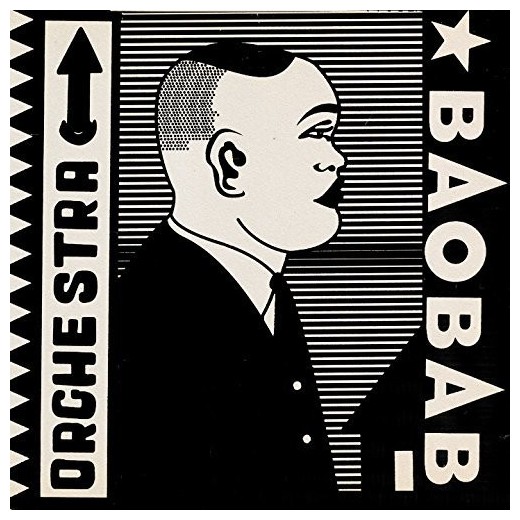 This is the third album since Orchestra Baobab, the legendary Senegalese dance band—pioneers of the re-Africanization of Afro-Latin music in the 1970s—regrouped in 2002. But it’s been 10 years since their last album, so you could call this a third rising from this indomitable combo. There have been some changes, notably the absence of lawyer-guitarist Barthelemy Attisso; it seems that at a late age, Attisso has finally made the sensible choice between those two professions. No worries. His role is amply filled here by guitarists Yahya Fall (formerly of Etoile de Dakar and Etoile 2000), Oumar Sow and René Sowatche of Benin, who delivers a lyrical, philosophical Attisso-esque solo on a new version of the classic “Sey.”

Elsewhere, though, the place of the lead guitar is often assumed by kora player Abdouleye Cissoko from the Casamance region in southern Senegal. The prominence of his acoustic, instrumental voice, heard throughout the album, and showcased dramatically on two spare readings of Gambian griot classics (“Alekouma” and “Mariama”), marks the defining new feature of Orchestra Baobab 3.0. On these two tracks, lush solo kora backs the exquisite voice of Balla Sidibé in a setting closer to a royal African court of old than the elbow-to-elbow dancing bars where Baobab cut their teeth back in the day. It’s a sweet touch, and when we then hear Cissoko’s kora sashaying up next to the personality-driven brass work of saxophonists Issa Cissoko and Thierno Koite amid the sensuous swing of a trademark Afro-Latin groove, as on the delightfully punchy “Woulinewa,” it vividly illustrates the multilayered depth of this signature West African music. The royal courts of the old Mande Empire and the pulsating dance grooves of '60’s and '70s West Africa, high on independence and on Cuban music, come gloriously together.

The album title honors founding Baobab vocalist Ndiouga Dieng, who died in 2016. For this session, Sidibé sings most of the leads, joined at times by his longtime cohort Rudy Gomis. There are welcome cameos from Cheikh Lô, who croons wonderfully amid a shimmering weave of guitars on “Magnokouto,” and the incomparable Thione Seck, who marks a return after decades to his old band on this new version of “Sey.” It is a fine thing to hear Seck’s languorous tenor sailing over the chop of brisk Cuban grooves with merrily clipped brass section lines, rather than the tumult of mbalax percussion that has long been his stock in trade. This alone is worth the price of admission.

Orchestra Baobab has nothing left to prove. They dusted themselves off 15 years ago and enjoyed a twilight run that any band of veterans anywhere could envy. So to now find them exploring, innovating and reinventing anew is deeply satisfying. Kudos to the World Circuit team for nurturing this beloved band through second and now third acts that might never have happened any other way.