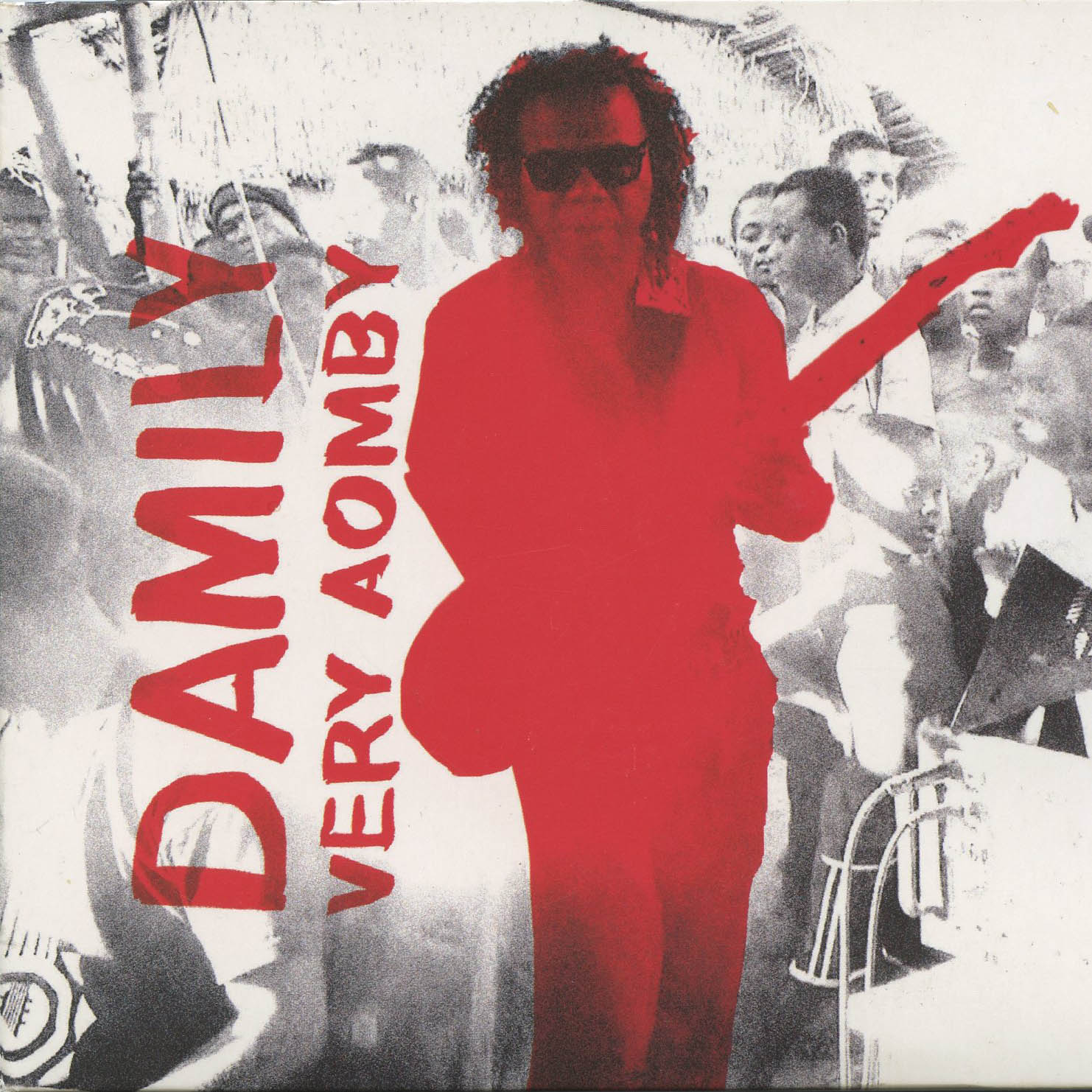 Tsapiky (tsa-PEEK) music of southwest Madagascar is a kind of delicacy, a treat for lovers of raw, giddy, guitar-driven African pop. At the center is a single finger-style picker—in this case, the amazing Damily—generally playing electric guitar at the head of a small driving combo pumping out a fast 4/4 groove. There are very few releases of this music on the international market, a puzzle to me, as I think the music has natural appeal to American listeners. Composer, guitarist and bandleader Damily lives in France, one reason he has been able to release three fine tsapiky albums. But his band, including his brother Rakapo on bass, still lives in Tulear, the center of tsapiky music.

For this album, Damily returned there to play and record. Afropop Worldwide documented the band’s first live appearance in Tulear in 14 years, which took place in May 2014, just days after this album was made. These 11 tracks intersperse live recordings from a rural ceremony in Tongobary with simple acoustic recordings made in Tulear. Ceremonies, typically multi-day-long funeral parties, were long the stock in trade for tsapiky bands, and Damily cut his teeth at such marathon events, often called bals poussières (dust dances). These three tracks capture the atmosphere of a village party, with borderline distortion, ambient voices, and visceral energy.

This is the mood that opens the CD. “Tsiefa” is a short a cappella piece about a famous Tulear gangster, one with near-magical powers, to the point where even the authorities don’t pursue him. Then we get the title track on which the guitar-led band kicks in strongly with female vocalist Gany-gany’s voice clearly coming through a rural Malagasy PA system. It’s strong and metallic, belted out with total commitment. In classic tsapiky style, the song builds in stages separated by dramatic pauses where the band halts and the groove hangs in mid-air for a thrilling moment. The track captures the feel of a tsapiky ceremony, ironically the sort threatened by the criminality the lyrics address. “Very Aomby” refers to the state of someone whose zebus (cattle) have been stolen. Organized cattle theft has reached a point in recent years where people are afraid to gather for ceremonies, a huge problem for tsapiky musicians who live from such assemblies.

Hot on the heels of this bracing number comes “Tany Antsimo,” from the acoustic Tulear sessions, with light percussion—shaker and hand drum—and lovely vocal harmonies in the manner of a village song. But the subject is once again topical and a little dark—the most notorious and violent cattle thief, Remenabila. This is no celebration, not like the famed narcocoridos of Mexico. These lyrics warn, “The whole country speaks only of the south, where gangsters are kings.”

The remaining songs have more typical tsapiky lyrics: nostalgia, bad luck, gossiping relatives. There are two fine instrumentals, “Misangatsanga,” a lilting acoustic guitar solo, and “Havandra” (Hailstones), a rollicking electric guitar-trio piece. The session winds up with one more live track from Tongobary, a full-on tsapiky romp called “Halandongo.” The song deals with the difficulties of extended families and clans, the very sort of tensions that ceremonial gatherings help to assuage. This album is both a cry from the heart of a troubled corner of the world, and a terrifically engaging musical excursion. A must for lovers of African guitar and Malagasy roots pop.