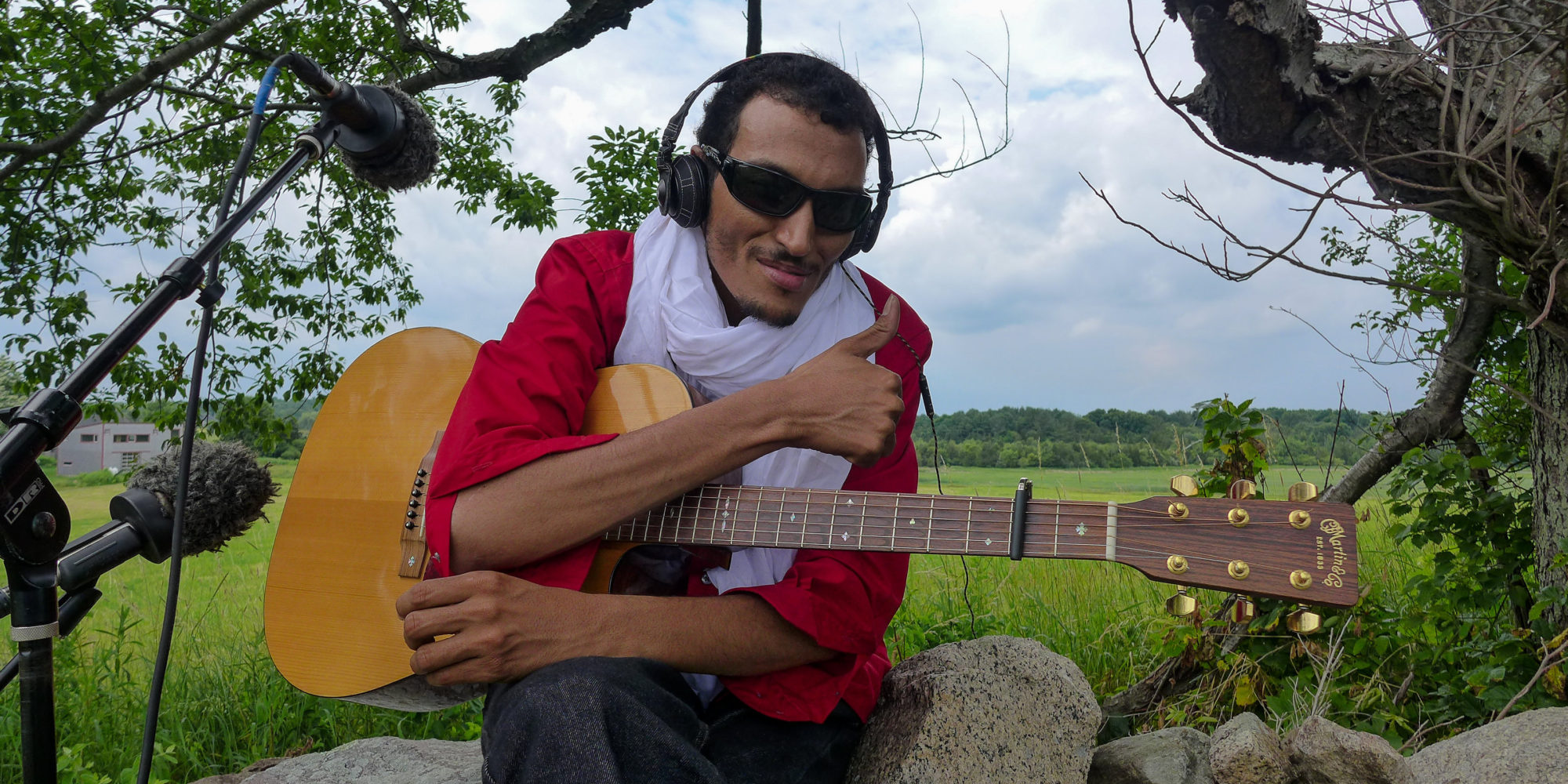 We’re always keeping an ear to what Bombino is up to, and the newest video featuring the guitar wizard from Niger is really something. Afropop is proud to present “Ahoulaguine Akaline,” a cross-continental, cross-cultural collaboration produced by the organization Playing For Change (PFC).

The song’s title translates to “I greet my country,” which is fitting, as the guitarist returned to Niger for his latest album, Deran, after recording his past couple of albums in America. Americans play on this song too, though, as do musicians in Mali, Italy and Japan, adding representative instruments from their communities—be they Lakota or New Orleans—to create a delicate, swaying composition.

It was recorded, oddly enough, without any of the players ever sharing even a single continent. It is part of a compilation put together by PFC called Listen to the Music. Per PFC:

These videos are built organically as the PFC team captures the recording of each musician on each song in a picturesque location in their homeland. Later, producer Mark Johnson edits the footage together into one of his signature "Song-Around-the-World" performance videos that are works of art, multicultured humanity that span cultures and continents. In short, PFC literally uses the globe as their recording studio.”

Bombino’s is the second-to-last video to be released, and you can check out the other clips and myriad other performances on PFC’s YouTube channel.