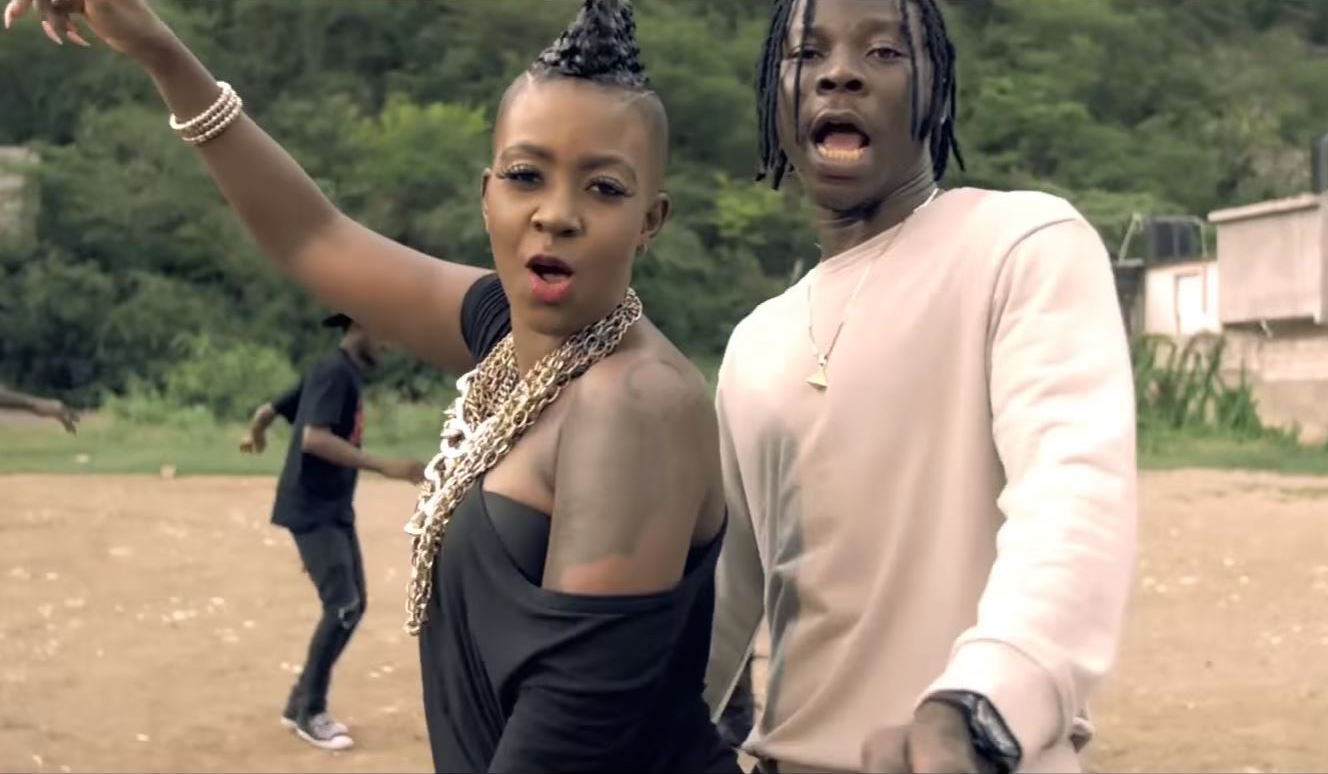 Right on the tail of a radiant Brooklyn Carnival, as the technicolor energy of yesterday's West Indian Day Parade still reverberates through the streets, Afropop Worldwide is proud to premiere a new video from Caribbean musical royalty. We bring you the visuals for the song "Block the Road" by Fay-Ann Lyons, the Trinidadian soca sensation, featuring the Ghanaian reggae/dancehall star Stonebwoy. In March, Lyons released her VP Records debut album, Break the World, to great success, coming in at number three on the Billboard Reggae Chart--a first for an individual artist in the soca category. She has also been honored with a nomination for the 12th annual Nigeria Entertainment Awards in the "Afro Soca" artist category.

Fay-Ann Lyons is well positioned for this kind of success: she grew up immersed in the high-energy world of Trinidadian soca, as the daughter of the inimitable singers Superblue and Lady Gypsy. Since she was young, Lyons has been producing high quality soca hits, achieving such honors as winning the title of International Soca Monarch in 2009 and status of being the only female artist to have won Trinidad Carnival Road March three times. She's also started a new royal soca family herself, marrying the artist Bunji Garlin in 2006, with whom she has an abundant musical partnership. The two have taken soca to a new level, pushing boundaries and increasing the visibility of the music globally (Afropop recently sat down with the couple for an illuminating conversation about all things soca--keep an eye out for that forthcoming interview here on afropop.org).

Fay-Ann Lyons is taking soca into the future with fruitful collaborations that cross oceans and musical borders. "Block the Road" is the latest in this journey, bringing together soca, dancehall and Afrobeats in partnership with Stonebwoy from Ghana. Without further ado, here's the new video for the track, seen for the first time here on Afropop:

In this video, Fay-Ann Lyons meets Stonebwoy in Ghana (though it was actually shot in Jamaica) and shows off the road-blocking power of wining women with her fierce crew of dancers. She drives through the countryside, looking for Stonebwoy and encounters a group of fans, calling her by her moniker Aza Sefu. Lyons says the name means "Powerful Sword...I like words that have empowerment and strength in them. I can't see myself being 'Sexy this' or 'Lovely this,' you know? It's just not me, it's not my style! I like that empowerment thing." Here, that empowerment comes from taking over the road with the mighty power of the wine.

Lyons and her crew find Stonebwoy and his crew in the hills, where they all get down to the infectious beat of "Block the Road." In actuality, Lyons says, "We met for the first time when we shot the video. It was the first time I ever met him face to face!" They had recorded the actual track in separate locations and only came together for this video shoot in Jamaica. She says that they "just clicked like that...We have great synergy--he's one of the coolest dudes ever, one of the coolest people ever. He came, we did the video for a couple hours...with everybody, all the dancers gathered around...We had lots of fun shooting it." She also revealed that the two are now working on a second project, so we've got even more to look forward to!