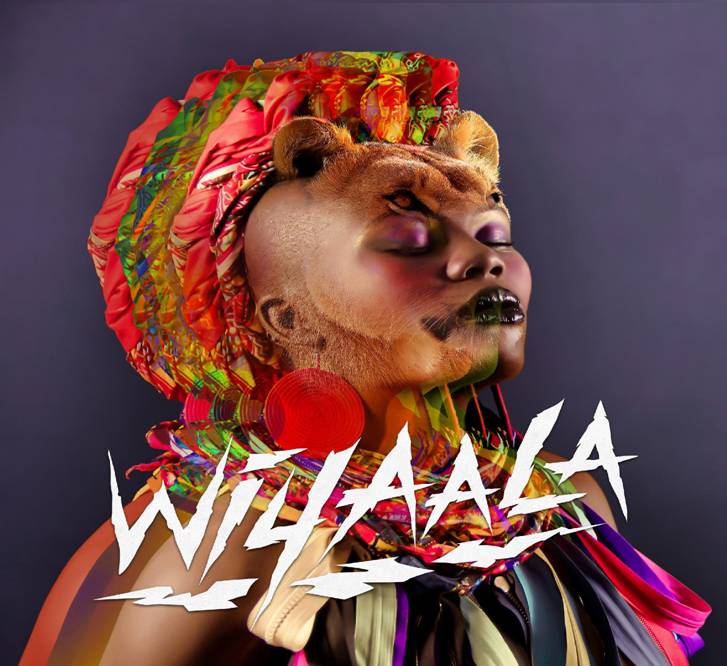 In case the cover art doesn't tip you off, Noella Wiyaala is sometimes referred to as the “Young Lioness of Africa.” The nickname refers to her activism—working to abolish child marriage and campaigning for women's right to education—but by the time the first track on the Ghanaian's self-titled album is over, you could be convinced that it's a reference to her voice. With all due respect to Katy Perry (however much you imagine that to be), Wiyaala's got herself a roar.

Regardless of how you might feel about Katy Perry, the American pop star isn't actually a terrible comparison for Wiyaala's music. Wiyaala may be, as CNN Africa puts it, “the only woman in the world singing in Sissala,” a language spoken by around 200,000 people in Ghana and neighboring Burkina Faso, but she isn't using the Sissala for folk songs. These are big-synth-appeggio pop hits—the kind you'll hear from South Korea, to Sweden, to the American FM dial. Which isn't to say that Wiyaala's music isn't distinctly Ghanaian or African, but it's to acknowledge that Ghana is part of the world. It's pop music and pop musicians have a seat at the table and are contributing to the global pop conversation.

So the album has a couple of pop bangers that carry more weight than the typical pop banger and a few ballads with instrumentation and a language that you wouldn't hear elsewhere. The form might be familiar, but as forms go “pop music” is about as broad and all-encompassing as they come. It's all about the content.

“My album is the product of my environment as a young girl growing up in a West African village at a time when the influences of Western TV and video first impacted on the African villager,” says Wiyaala. “[On the record] you are hearing my African heritage fusing with the sounds and techniques of Western production.”

Wiyaala's own background reflects that global-while-specific balance. She rose to recognition in a group called Black n Peach via Ghana's "Stars of the Future" talent show and as the winner of the 2012 "Vodafone Icons" reality show.

But there's probably not too many "American Idol" alums whose press releases contain anecdotes like “When I was small, we were often hungry. Sometimes we would catch a mouse, roast it and share it amongst three or four children,” like Wiyaala's does. It's also probably rare to see reality-show alumni fighting against the forced marriages they witnessed when they were growing up.

But that's what Wiyaala is doing. Between her album and her hour-long set at WOMAD this year, her platform is rising, and it'll be interesting to see what she does with it. After all, the lionesses are the ones who do the hunting.