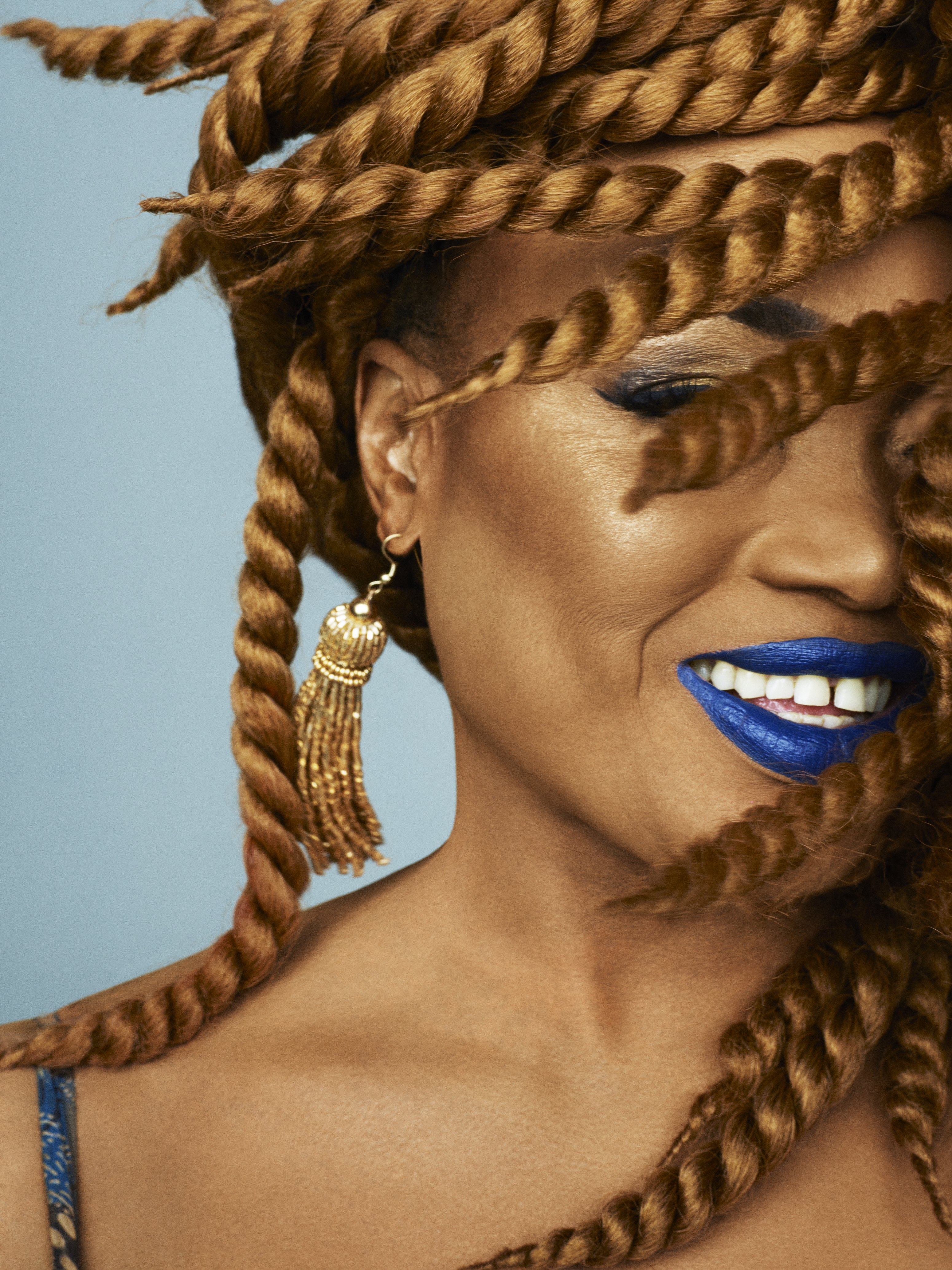 A young woman grits her teeth, body standing tall as if in defiance, face contorted with pain, dripping in sweat, on the edge of a roof looking out on a city landscape. A chorus of voices open the video, and the scene cuts to a still displaying the message of the latest track from Grammy award-winning artist Oumou Sangaré: “Yere Faga Nyani / Never give up, never surrender to pain.” “Yere Faga” is the lead single from Sangaré’s newest album, her first in eight years. The title, Mogoya, translates roughly to “People Today.”

The video follows a young woman, moving through her world, vacillating between serene calm and choreographed outbursts of anxiety. Her actions toggle between hysterical joy, solemn indifference and saddened anger; settings change from her home to open markets and corner stores. At times the woman laughs with hysteria, contorting her face into expressions of almost comic distress, at others she dances a duet with a newspaper or solemnly eats a lollipop to the stares of passerby.

Sangaré tackles the dark underbelly of her career in this meditation on depression and suicide. The young woman embodies the feelings that Sangaré speaks to in her lyrics. Using dance, visceral frustration and corporeal tension exemplify the struggle it can take to make it through the day.

“Don’t kill yourself because of suffering. Life on this earth is not easy and people will always talk ill of you, no matter what you do. If you kill yourself over such things, you will just leave your loved ones behind in more pain. I was called all sorts of names, but did I commit suicide? Suffering and pain are part of life.” (Translated lyrics from “Yere Faga”)

Throughout the track, Sangaré’s vocals are accompanied by the hypnotic drum play of Tony Allen, once Fela Kuti’s bandleader and the co-creator of Afrobeat, and her singing holds true to her traditional Malian signature. The family of instruments in this powerfully catchy yet poignant track range from the traditional, such as the kamele n'goni (harp), karignan (metal scraper) and calabash (gourd used for percussion), to electric guitar, bass, keyboards and even synths. Allen and Sangaré’s unquestionable talent in their respective fields unite in a stunning marriage of past and present to convey a powerful message of fortitude in the face of depression and suicidal thoughts.

Sangaré is featured throughout the video, in a decrepit warehouse standing atop a mountain of car tires, robed in a darkly hued floor-length dress and a shroud of black feathers covering her shoulders. Copper twists graze her shoulders and her lips are painted dark sea blue.

In an interview with OkayAfrica, Sangaré explained: “This album is the result of many years of work. I’ve collaborated with many people and I’ve been able to observe people’s mentality…This time around I wanted to go for more of a modern sound, to satisfy young people in Mali, but being careful, all the while, to respect my culture and my tradition.”

The album was recorded in Stockholm by Andreas Unge and produced in Paris by French team A.L.B.E.R.T. (Vincent Taurelle, Ludovic Bruni and Vincent Taeger) known for their work with the likes of Air, Beck, and Franz Ferdinand. Fusing traditional and contemporary with Allen and the production team yields the rich fabric of sound heard in the lead single.

The video ends with the woman standing in solidarity in the company of others, their heads bowed, fists raised, maybe in protest or acknowledgement of the reality of depression. The foreshadow of resilience is palpable, both in the video’s visuals, the musical composition and Sangaré’s lyrics. To hear the rest of Mogoya, place your order here for its release on May 19, 2017, on the No Format label.