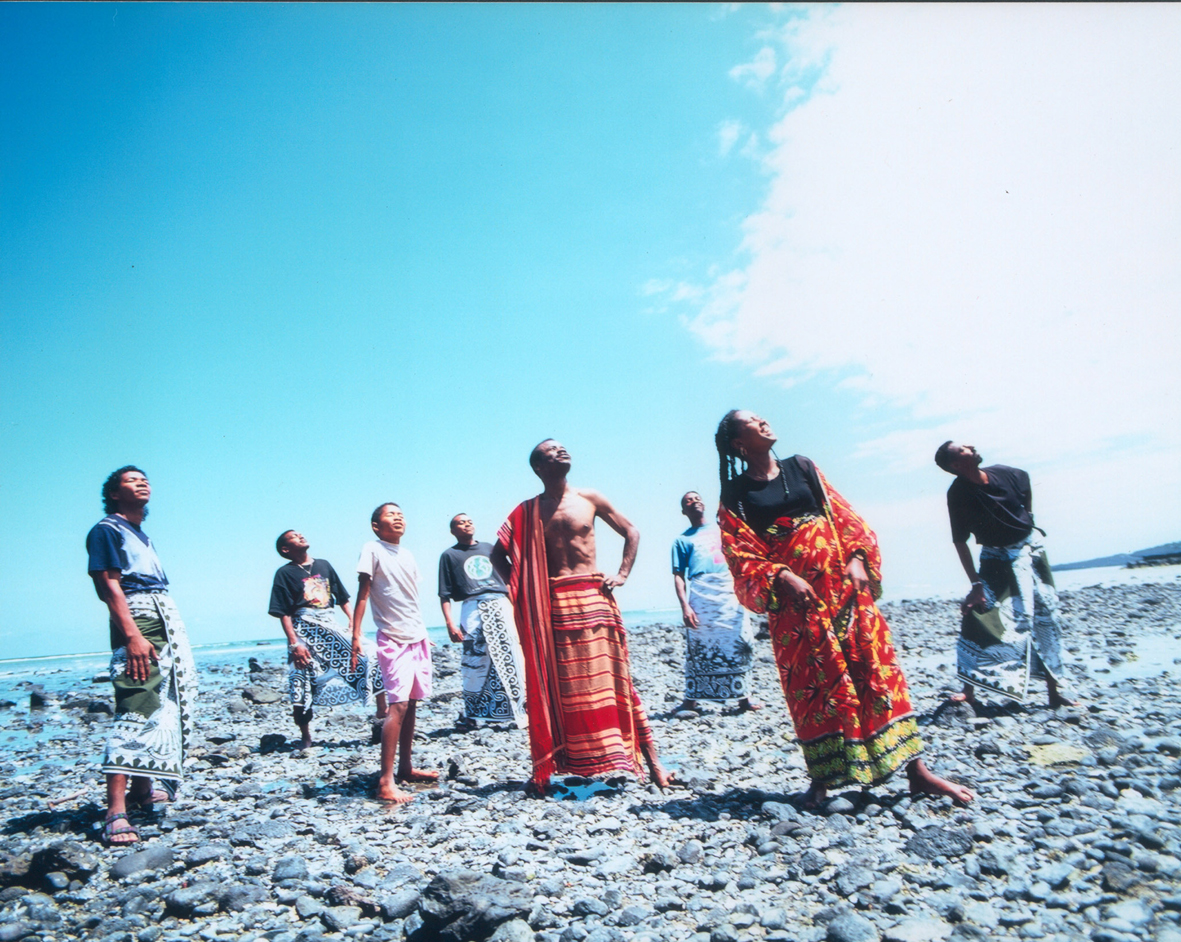 Time to kick back and let us serenade you with gorgeous sounds from around the globe—Sali Sidibé, Mariem Hassan, Ikhwani Safaa Music Club and more. You’ll hear debuts of new music from Bonga and Jaojoby as well as some of our all time favorite Afropop live recordings from 20 years ago—Thomas Mapfumo and the Blacks Unlimited and Gilberto Gil. A featured guest is Tanzania’s multi-instrumentalist Msafiri Zawose of the famous Hukwe Zawose music clan. We catch up with Msafiri making his New York debut last week and he gives us a special private performance. The finale? You’ll want to get out of your hammock!

Featured Artists:
Future Sounds of Buenos Aires Compilation
In one of the more intriguing pairing of labels, Los Angeles based Waxploitation, and Buenos Aires based ZZK have assembled some of the most compelling eclectic artists emerging from the Argentine underground and formed the project they call FUTURE SOUNDS OF BUENOS AIRES.
Ondatrópica
Legendary figures from Colombian music joined a group of younger musicians that included members of both Mario’s band Frente Cumbeiro and Quantic’s Combo Barbaro. The plan; “to re-interpret the tropical musical heritage of Colombia with new approaches in composition, arrangement and production in a classic and mythical setting.”

Msafiri Zawose
Born into a family that honors tradition, he is determined to preserve this style of music that plays a key role in the rich heritage of Tanzania. Zawose plays gogo music, originating in central Tanzania, which derives its unique sound from the mixture of the traditional instruments and the incorporation of multiple vocalists. The primary instruments heard in Gogo music include the zeze, ngoma, ndono, and flute.
Thomas Mapfumo & the Blacks Unlimited
Thomas Mapfumo (a.k.a. “Mukanya” as his totem for baboon) is also widely known as “The Lion of Zimbabwe.”  A pioneer of African roots pop, and a player in Zimbabwean political history, he is currently living in exile in the U.S. and on tour this summer.

Ahmed Said Abuamna
Abuamna hails from the Beja tribe, found in the Red Sea State of Eastern Sudan. His traditional instrument is a 5-string lyre called Masankop or Basankop. Abuamna is also an accomplished keyboardist, poet, singer and composer, and has recorded four albums playing modern as well as traditional instruments.
Otaak Band
A collaboration of Miguel Merino from the United States and Ahmed Said Abuamna from Eastern Sudan. They are using an ancient instrument, the masankop, to play brand new music that brings together the traditions of America and East Africa.
Mariem Hassan
Hassan sings music from the Western Sahara. Her people are Saharawis living in exile on Algerian lands. The women singers are the pillars of the refugee camps. They articulate the social life, raise the children, and humanize their living conditions until they are able to elevate their community beyond mere survival during the years of their exile.

Sali Sidibé
One of the best-known Wassoulou singers from  the south of Mali. Since the 90s, her Wassalou-pop style has made her popular in the West. She uses the kamale n'goni prominently in her group's sound.
Gilberto Gil
From the 1960s, Gil is one of Brazil's most popular artist.  He combines rock, roots, samba and reggae representing a true cosmopolitan sound.

Bonga
Angolan folk and semba singer-songwriter. He has recorded and released over 20 albums since 1972.
Jaojoby
Composer and singer of salegy, a musical style of northwestern Madagascar. He is considered one of the originators of the salegy style that emerged in the 1970s and has been credited with popularizing and modernizing the genre.

(Jaojoby)
Ikhwani Safaa Musical Club
Formed in 1905, they are one of the very first taraab orchestras and has endured throughout this century with (obviously) a revolving membership. They have performed all over East Africa and in the Gulf states. They present a sophisticated mix of string instruments and percussion.
The Very Best
Born from the meeting of Malawi-born vocalist Esau Mwamawaya and French-English production duo Radioclit (Etienne Tron and Johan Karlberg). Now a duo the group bridges styles pop, grime, and electronica with variety of African musical stylings.