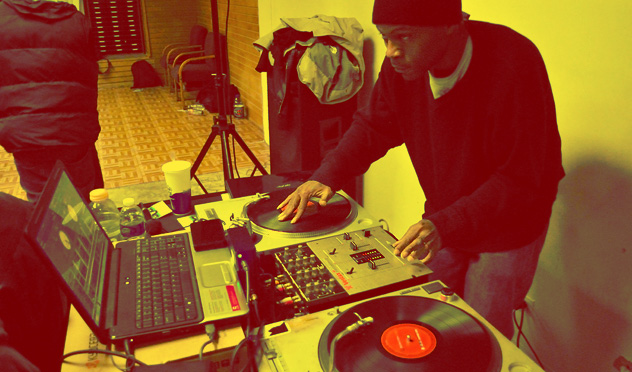 It's been over thirty years since house and techno music exploded out of South Side Chicago and inner-city Detroit, and most Americans still don't know their dance music history. In 1977 a DJ named Frankie Knuckles moved to Chicago to spin and remix disco records at an underground club called The Warehouse. Out of a fringe subculture that formed there - gay and African-American - house music would emerge to become one the biggest club music genres in the world. Meanwhile, young black futurists of Detroit channeled their city's post-industrial decay into a utopian machine music known as techno. In this Hip Deep episode, Afropop travels to Chicago and Detroit to explore the past and future of electronic music. Through dozens of interviews with seminal house and techno producers - including Paul Johnson, Vince Lawrence, Juan Atkins, and Carl Craig - as well as scholars, radio DJs and party promoters, we'll find out how two chilly mid-western cities taught the world to dance. (Produced by Wills Glasspiegel & Marlon Bishop)

I've always like to wonder, to lay back and look at the stars and wonder about what's out there. I've been intrigued by all things having to do with outer space, space travel and time travel. And it just came out in the music. It was a natural progression for me to make futuristic music.

There was something forbidden about house music and at the same time, there was a sense that house music wasn’t racial -- this notion of international music, that somehow in America or outside of South Africa, there was a music that was crossing racial boundaries. That really appealed to black South Africans. It’s not really seen as ghetto music. It’s seen as cosmopolitan.

More Readings from the Blog

"An uncontestable truth that is well known among European electronic music fans and (somehow) little known here in the U.S. is that the music style known as techno began in Detroit and its suburbs in the 1980s, invented by African-Americans with drum machines, futurist ideas, and a predilection for weird European synth rock."

"Charles Johnson, aka the Electrifying Mojo, was an FM radio DJ who ran a radio show called the Midnight Funk Association. What made the show so revolutionary was that he refused to conform to the prevailing radio formats of the time. He defied the racial segmentation that ruled the day and played what he wanted, an eclectic mix of music ranging from P-Funk and Prince to Kraftwerk, the B-52s, the Talking Heads, Italo Disco and Phillip Glass. Hi disregarded the notions of “white” music and “black” music and played whatever he felt was funky. "

Three from the Belleville Three

"Despite the title Detroit Techno, the guys who innovated techno as we know it weren’t actually from Detroit. The early producers Juan Atkins, Derrick May, and Kevin Saunderson all came from Belleville, a small quasi-rural town on the outskirts of the Detroit Metro area – far enough from downtown to be insulated from inner-city problems but close enough to hear the Electrifying Mojo every night."

"Archer Record Pressing, the plant where all the classic techno records were pressed, is part of the music’s indie history. It’s run by Mike Archer, the grandson of the original founder who started the place in 1965. Since the 80s, techno was a big part of their business. They pressed the old Metroplex and Transmat records, basically everything that came out of Detroit, and they continue to press techno records today."
Artists Featured 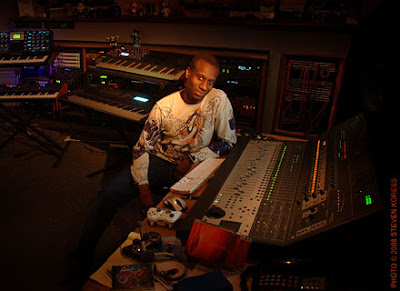