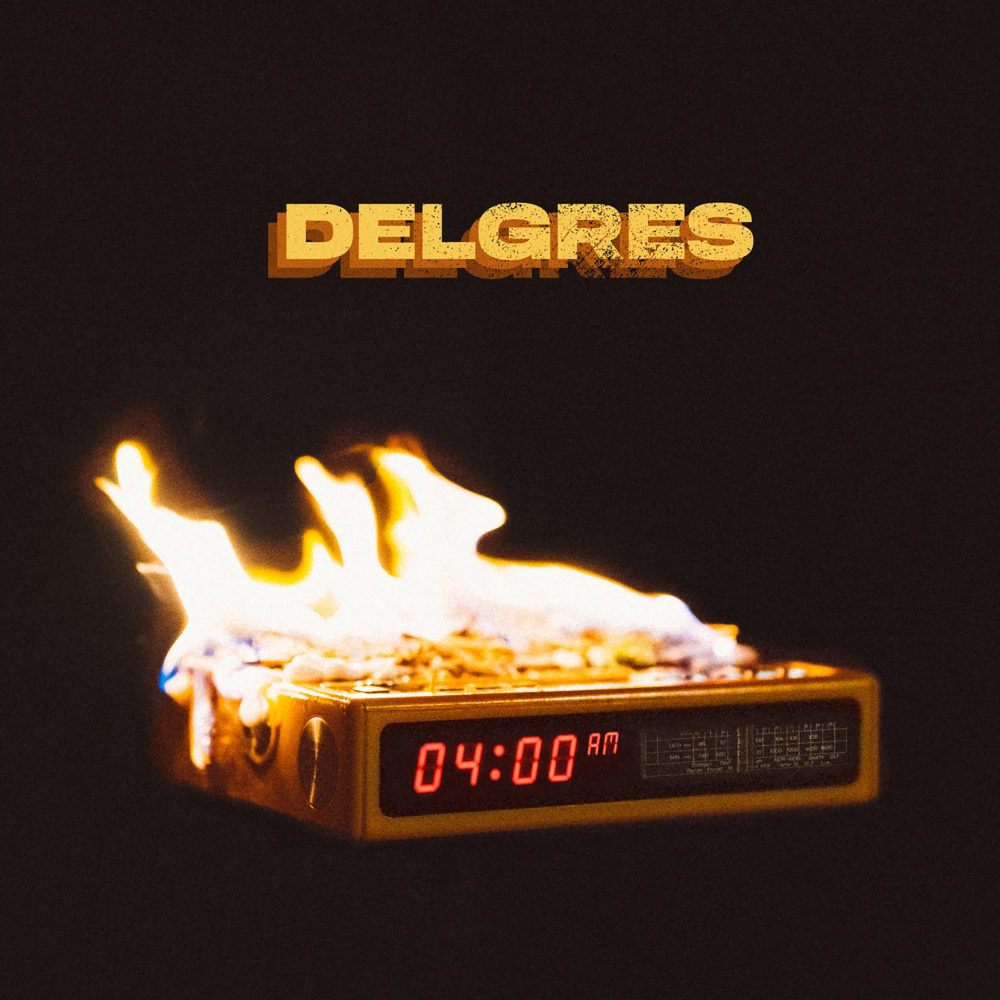 With this release, titled 4:00 AM, the Paris-based trio Delgres has deepened its unique merger of French-Caribbean music and southern U.S. blues. There are so many ways to connect the cultural dots throughout the Caribbean and neighboring lands, but this one stands out for its forceful originality and arresting alchemy. As we have noted on our airwaves, bandleader Pascal Danai named this group for a Creole officer of the French army who refused Napoleon’s order to reinstate slavery in Guadaloupe, and paid for it with his life. So no surprise that this band does not write mirthful ditties and love songs. The grooves are raw and earthy, and the lyrics clear and bracing: people reeling from tragic news or forced to make life-altering decisions, all delivered in language spare enough to make Hemingway blush.

And they told you
That your child had gone to heaven
Your heart
Your heart started bleeding, mom

These are words from “Ke Aw (Your Heart),” a seductive, dreamy waltz and one of the gentler songs on this album. The set kicks off with “4 ed maten (4:00 AM)” a salute to a worker toiling in winter to send money home. The music recalls “The Sopranos Theme Song” on steroids, rumbling over Creole percussion. Danai is a superb guitarist with an alluring range of sounds at his disposal, from rocking roars to delicately chiming arpeggios. Every step of the way, he is deeply in synch with his accompanists, drummer Baptiste Brondy and on sousaphone, Rafgee.

That sousaphone bass can easily anchor a robust New Orleans stomp, as in “Les Mwen Ale (Let Me Go)” a kind of reimagining of Ten Years After’s “I’m Going Home,” in which the departing narrator takes a swing at hypocritical Christians on the way out the door. But Rafgee’s magic goes well beyond N’Orleans tuba bass. Late in that track he breaks loose for a solo like an elephant in heat. On “Ban Mwen On Chanson (Give me a song),” he pops from a chugging freight train groove into something close to Haitian racine music. Here, Danae’s vocal is cool and weathered—a Caribbean Johnny Cash. But elsewhere, he wails with angst worthy of his tough lyrics and at times brings to mind the most searing cries of Boukman Eksperyans’s lead singer, Lolo Beaubrun. While we’re on comparisons, you might think Tom Waits hearing the gutbucket grooving “Just Vote for Me”—“If you give me your soul I can turn it into gold…Just vote for me.”

The point is, both as a guitarist and a vocalist, Danae’s tonal repertoire keeps the band’s sound fresh and surprising throughout. The soundscape here favors echoes and drones, adding mystic overtones to ferocious grooves. But often it’s the small details that make the difference. “L’ecole (School)” opens with war-like percussion—a driving, repeated pattern behind a chanted vocal. But when the drums kick in, that pattern is cleverly woven into a roadhouse rollick, as the singer complains that his mother made him go to school, and yet, “I can’t find a job.”

There are tender moments as well, notably the a cappella lament, “Libere Mwen (Free me).” Building on the success of its international debut “Ma Jodi (I’ll Die Today),” Delgres proves that its unusual concept has legs, and room to grow. This is another example of how, in the right hands, Caribbean culture has an endless capacity to generate fresh and savory hybrid music.